CELTIC romped to a 2-0 triumph over Hibs at Parkhead last night to maintain their six-point advantage at the top of the Premiership.

It was a dazzling display from the Paradise Lights before kick-off and it was just as scintillating and colourful as the champions revved up a gear to achieve their THIRTEENTH successive league triumph at home, sweet home this season.

Ryan Christie and Oliver Burke were the men on target and, once again, CQN‘s team of ace snappers were there to capture the action. 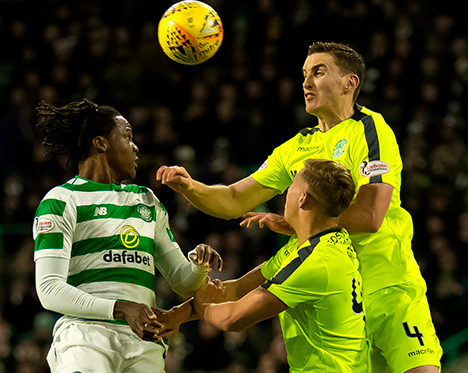 WELCOME BACK…Dedryck Boyata makes his return from injury and piles the pressure on the Hibs defence. 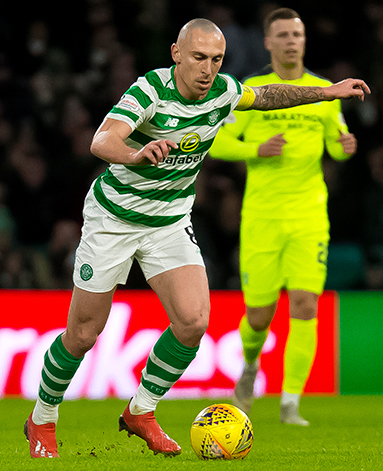 I’M IN CHARGE…Scott Brown is poised to launch another raid. 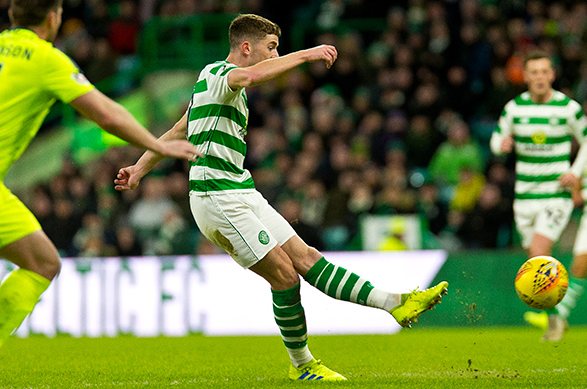 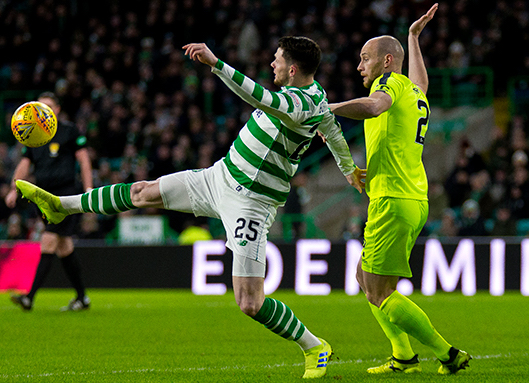 UNDER CONTROL…Oliver Burke moves away from Hibs defender David Gray. 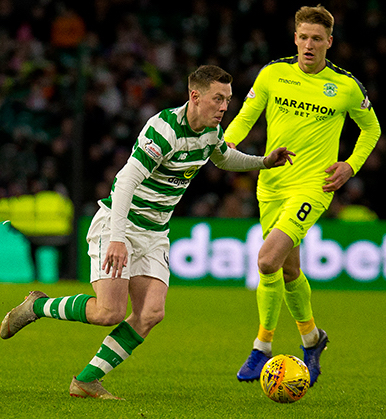 THE THINKER…Callum McGregor plots his next move. 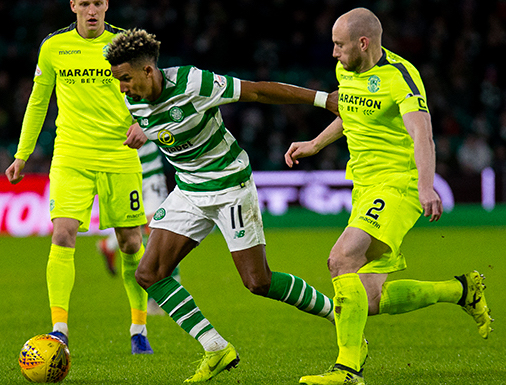 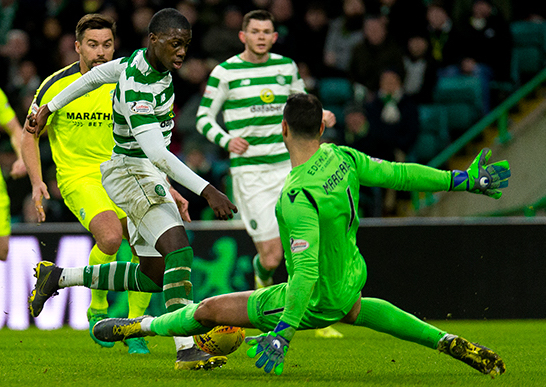 OUT OF LUCK…Timothy Weah’s neat flick is blocked by Hibs keeper Ofir Marciano. 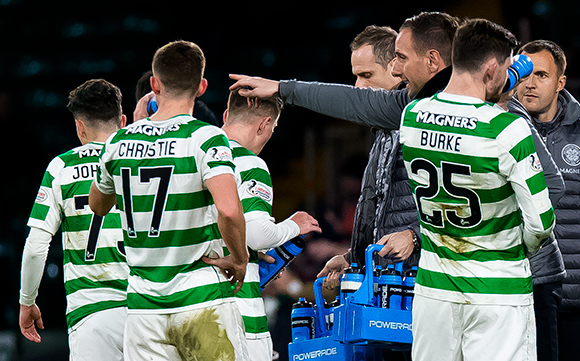 WATERBHOYS…the Celtic players take advantage of a break in play to freshen up. John Kennedy points the way. 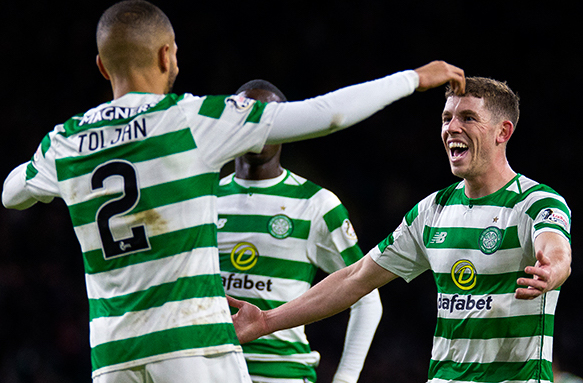 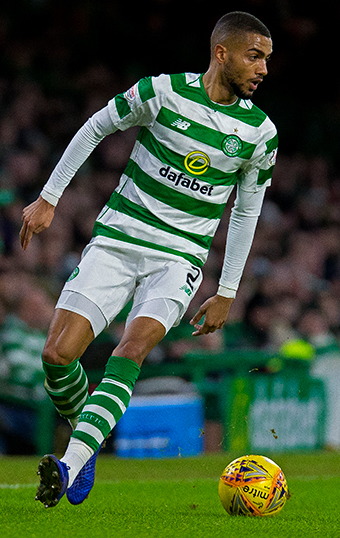 ON THE BALL…new Bhoy Jeremy Toljan looks neat and composed. 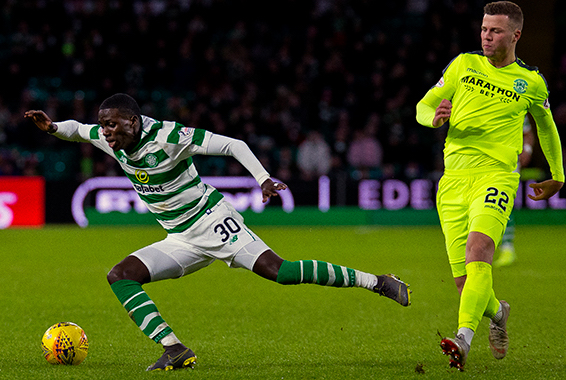 GOING DOWN…Timothy Weah is sent tumbling after a foul from Florian Kamberi. 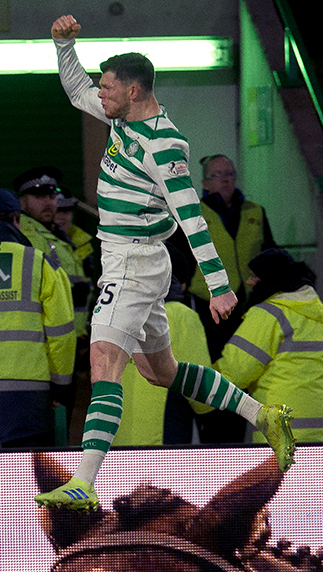 HIGH AND MIGHTY…Oliver Burke takes to the air as he celebrates the second goal. 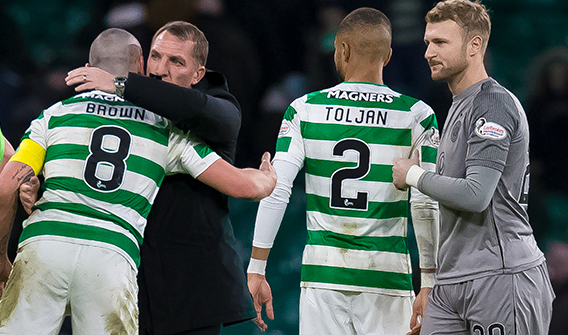 THAT’S MY BHOY…skipper Scott Brown gets a cuddle from Brendan Rodgers at the end as on-loan right-back Jeremy Toljan and goalkeeper Scott Bain look on.