NEIL LENNON, first time around, promised to “bring the thunder back to Celtic Park”.

Three successive Championships went a long way to proving the Irishman was a man of his word.

And now the Celtic manager has picked up where he left off after returning February to guide the Hoops to their eighth successive title and a Scottish Cup triumph.

Last night, it was the Europa League encounter against slick Serie A outfit Lazio that had Paradise rocking in joyous pandemonium as the team came back from a goal down to level through Ryan Christie and grab three points with a header from towering Frenchman Christopher Jullien that sparked an eruption of joy.

It was another amazing night under the lights in the east end of Glasgow with several memorable invidual performances for the supporters to enthuse over.

CQN‘s team of ace lensmen were at the epic encounter to capture the action. Here is the pick of their pics. 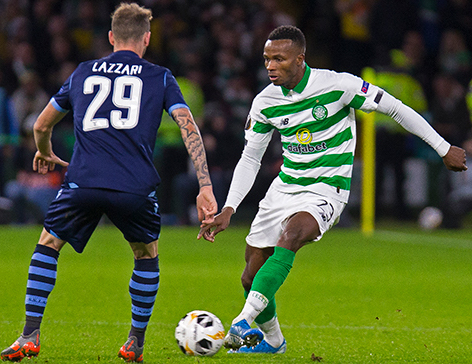 ON THE ATTACK…Boli Bolingoli takes on Lazio goalscorer Manuel Lazzari. 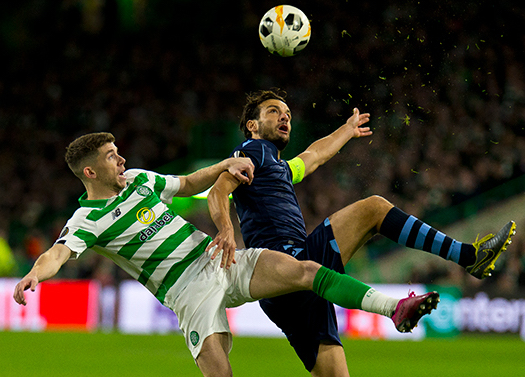 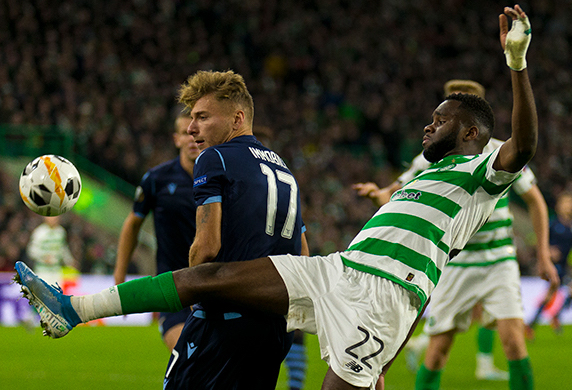 BEST FOOT FORWARD…Odsonne Edouard stretches to put the pressure on. 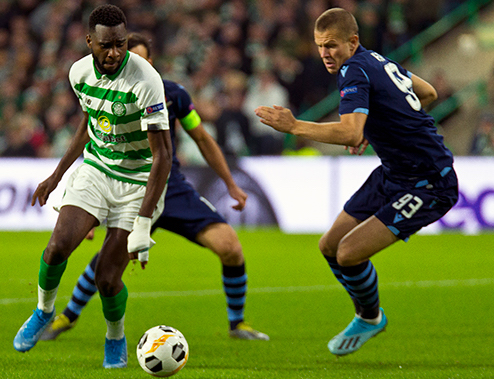 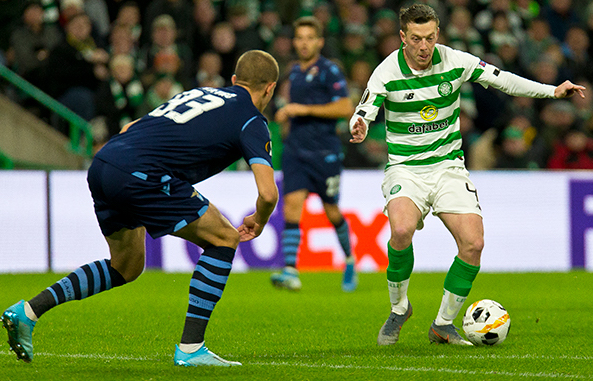 POISE…Callum McGregor looks for a space to deliver a pass. 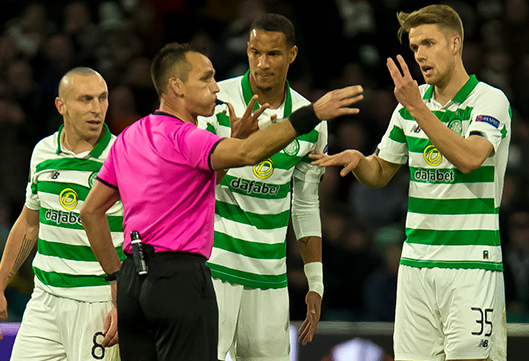 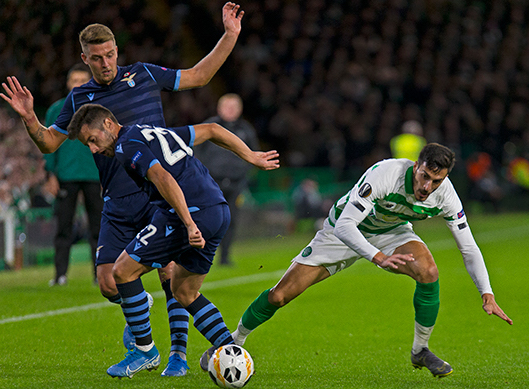 ON A WING AND A SLAYER…Hatem Abd Elhamed surges forward. 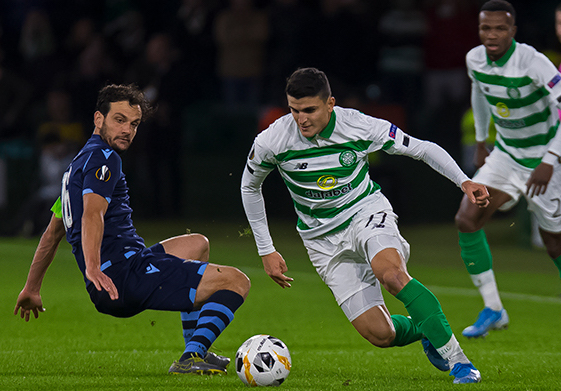 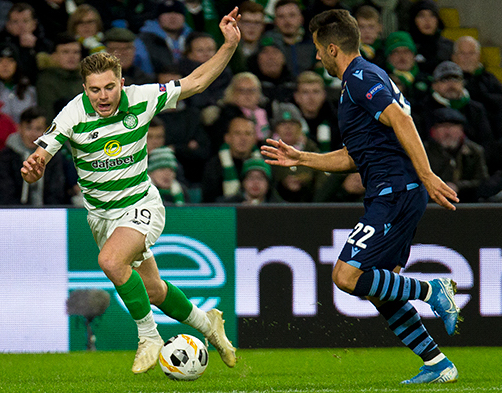 WING WIZARD…James Forrest on the attack. 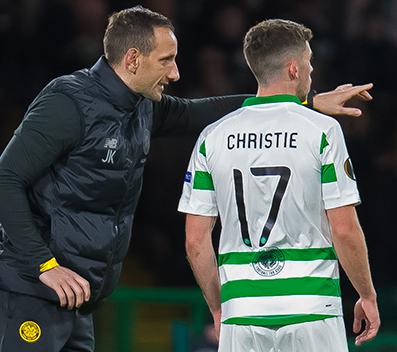 MAKING A POINT…Ryan Christie listens to advice from Hoops No.2 John Kennedy. 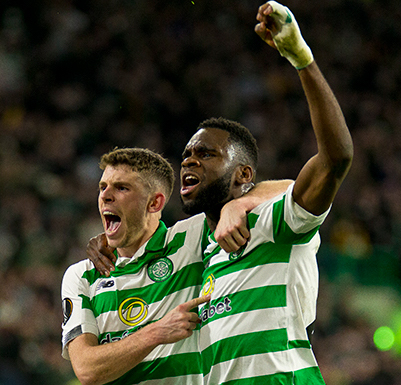 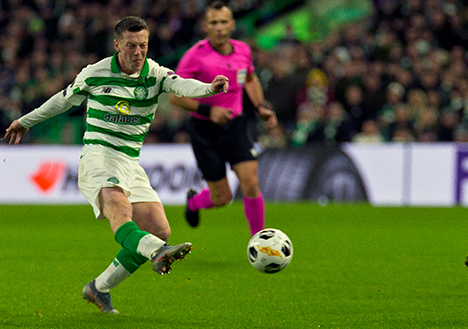 BY THE RIGHT…Callum McGregor smashes in a long-range drive. 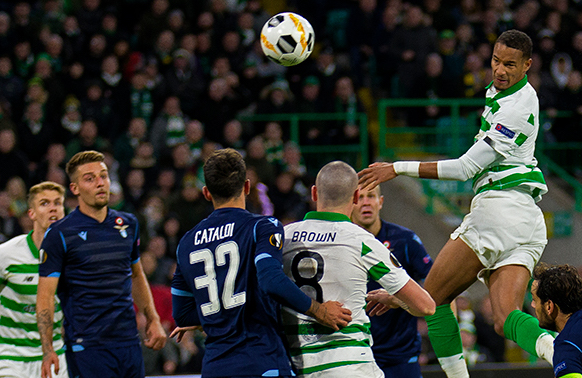 RISE AND SHINE…Christopher Jullien takes to the air to thump in the winning header. 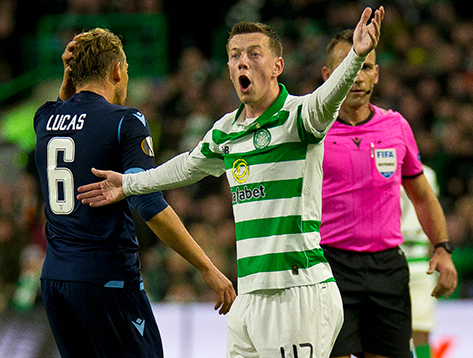 UP IN ARMS…Callum McGregor protests. 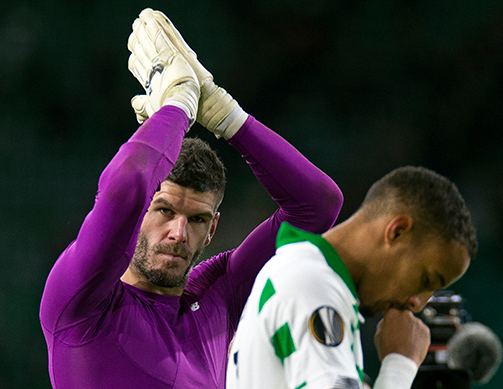