THE remarkable light show illuminated Celtic Park before the kick-off – and then the Celtic players took over to dazzle RB Leipzig in a pulverising Europa League Group B occasion as goals from Kieran Tierney and Odsonne Edouard gave Brendan Rodgers’ men a well-deserved 2-1 triumph.

It was another memorable European evening in the east end of Glasgow that enthralled the packed house on Thursday night.

CQN‘s ace lensmen were on hand to capture some superb images of an eventful clash of the giants. 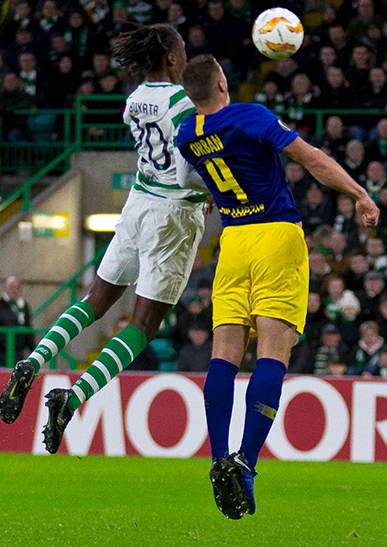 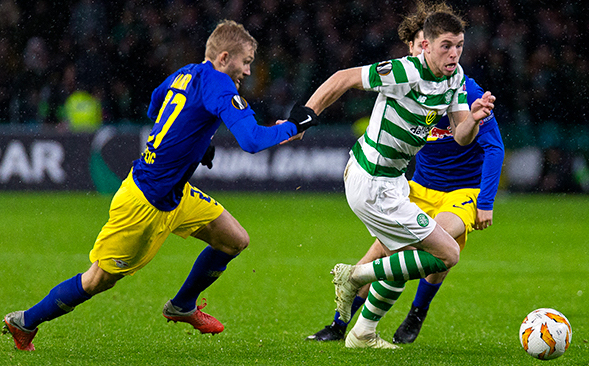 CATCH ME IF YOU CAN…Ryan Christie bursts through two RB Leipzig opponents. 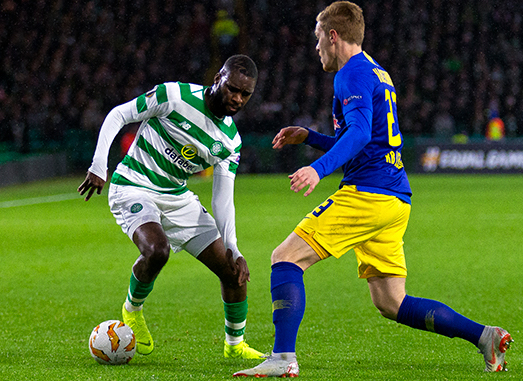 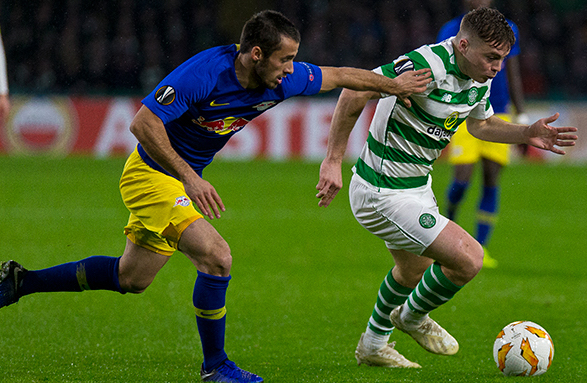 HANDS OFF…James Forrest ignores the brush off from a German defender. 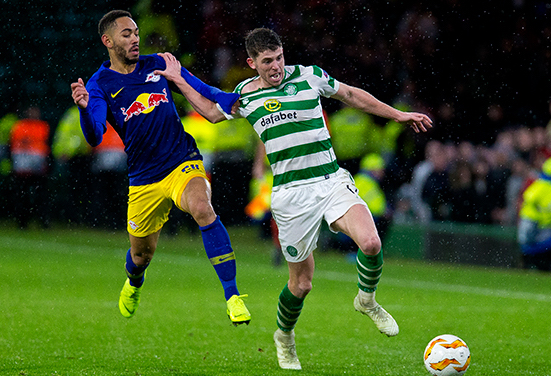 POWER ON…Ryan Christie refuses to be knocked aside. 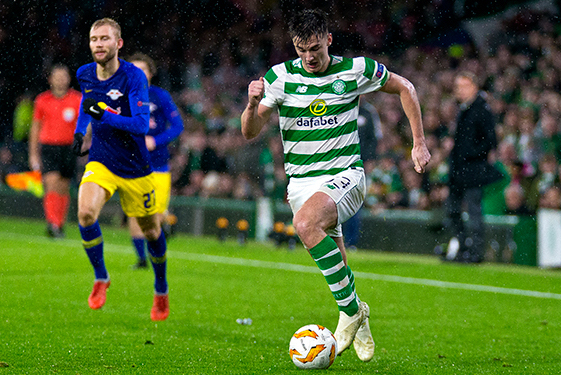 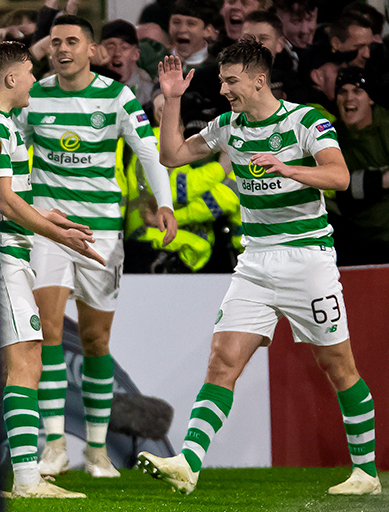 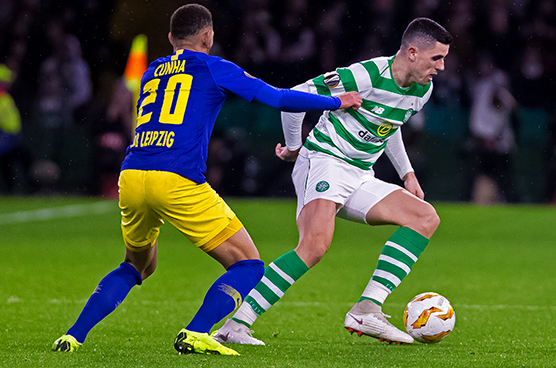 HE WENT THATAWAY…Tom Rogic swerves away from a challenge. 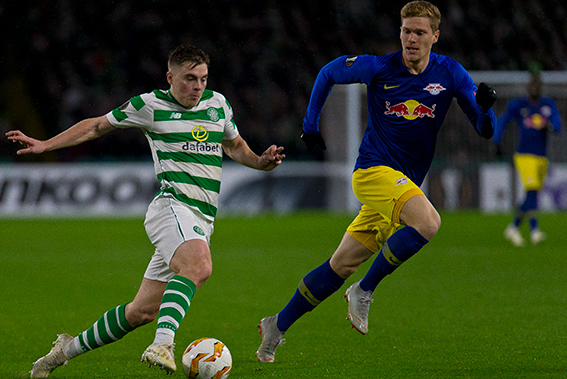 ON THE RUN…the inexhaustible James Forrest piles on the pressure. 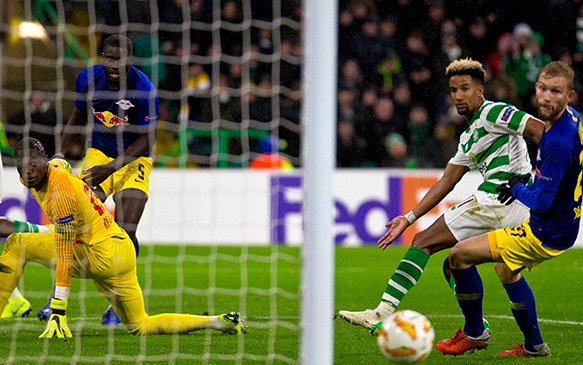 SO CLOSE…Odsonne Edouard (out of pic on the left) sees his shot diverted past the post by the keeper as Scott Sinclair gets a close-up view. 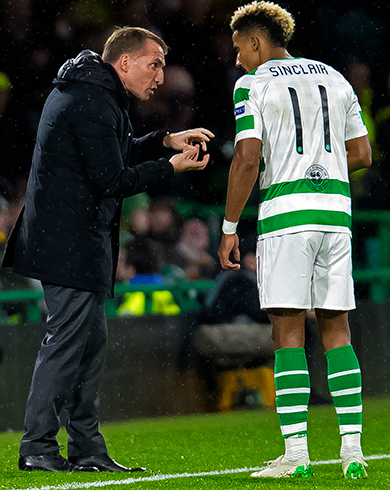 TOUCHLINE TALK-IN…Brendan Rodgers has some instructions for Scott Sinclair. 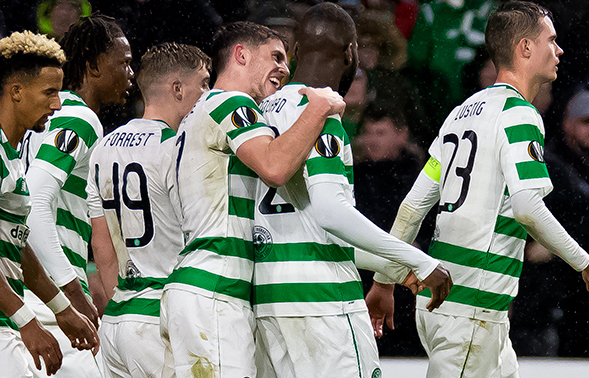 THE WINNER…Odsonne Edouard is congratulated by Ryan Christie after the second goal. Scott Sinclair, Dedryck Boyata, James Forrest and Mikael Lustig join in. 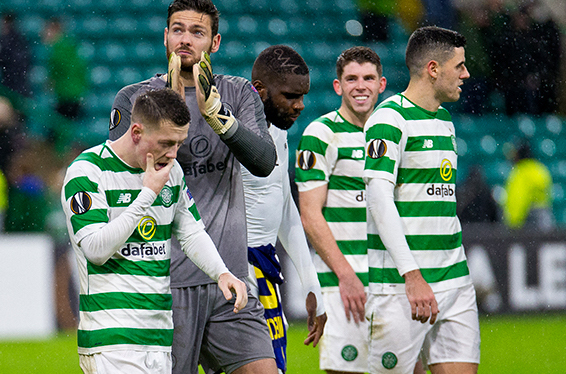 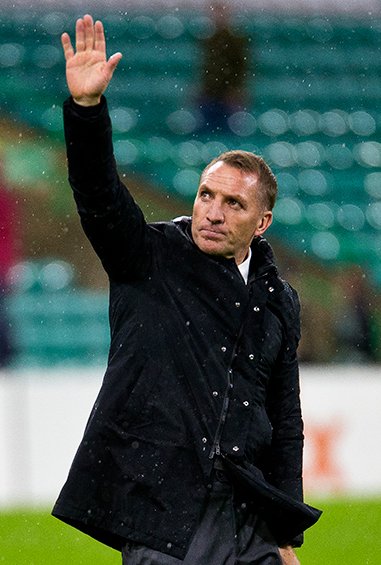 SALUTE IN PARADISE…Brendan Rodgers thanks the magnificent Celtic fans.