BRENDAN RODGERS won his first piece of silverware as Celtic boss when the Hoops hammered Aberdeen 3-0 in the Betfred Leagie Cup Final at Hampden on November 27, 2016.

Coincidentally, it was also the club’s century of trophies as the Parkhead men put on a show against the Pittodrie outfit to win the Cup in style with first-half strikes from Tom Rogic and James Forrest while Moussa Dembele made absolutely certain with a penalty-kick after the interval.

CQN‘s ace lesman Geo was there to capture the action. Here is the pick of the pics from just over two years ago. 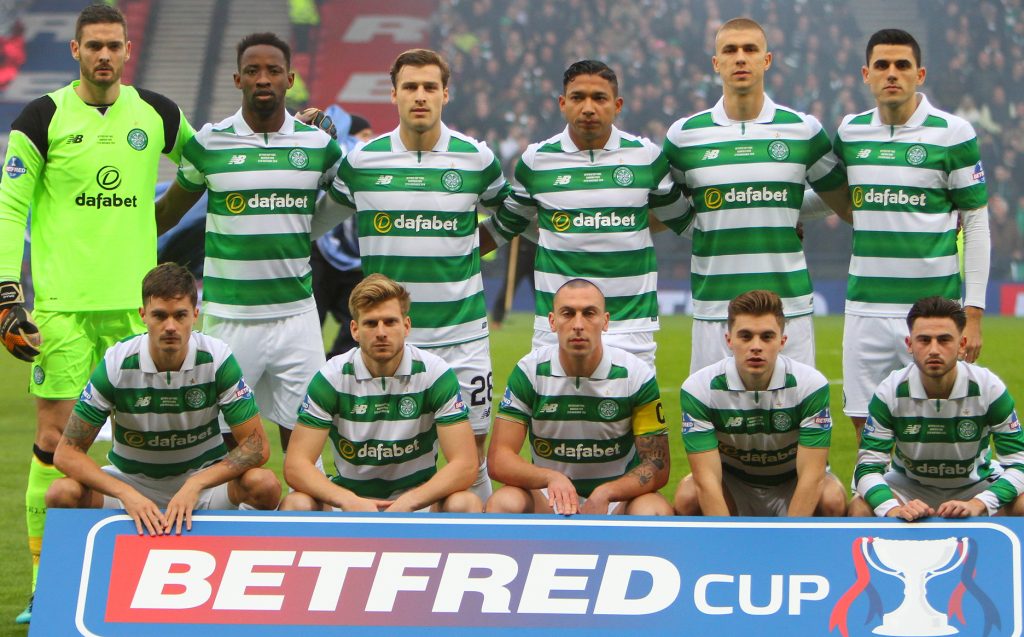 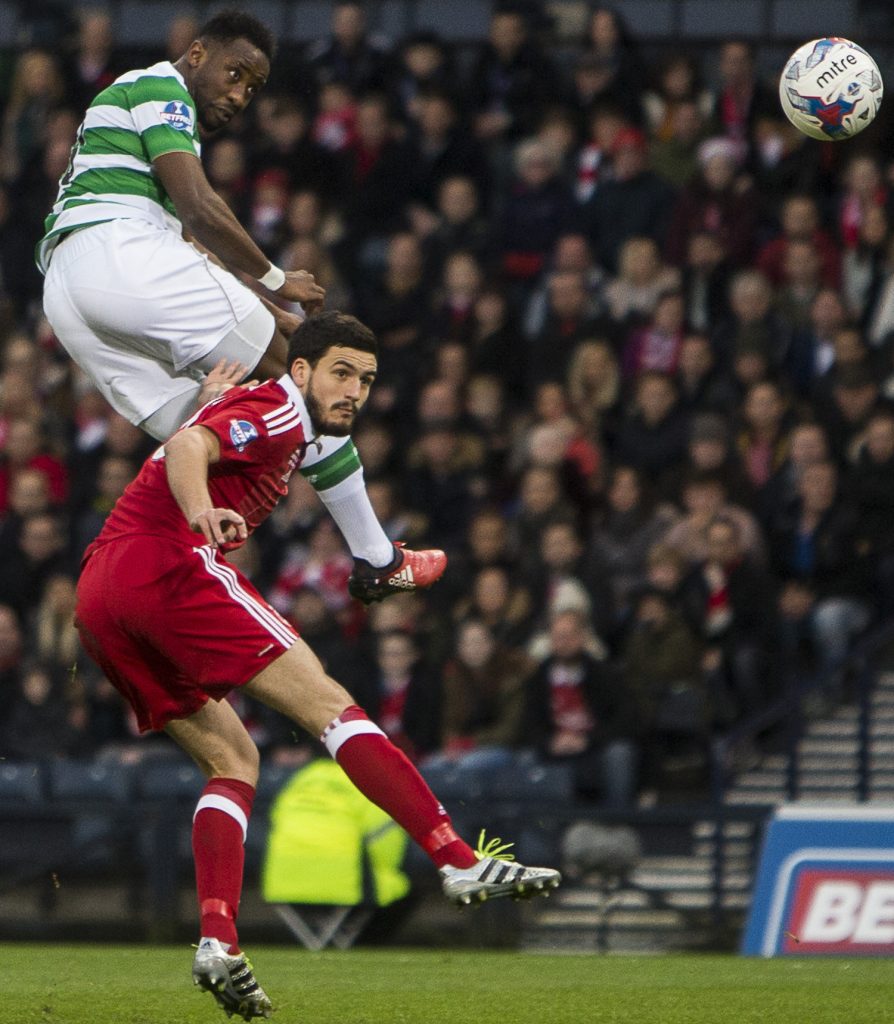 HIGH AND MIGHTY…Moussa Dembele towers above Dons defender Anthony O’Connor to flash in a header. 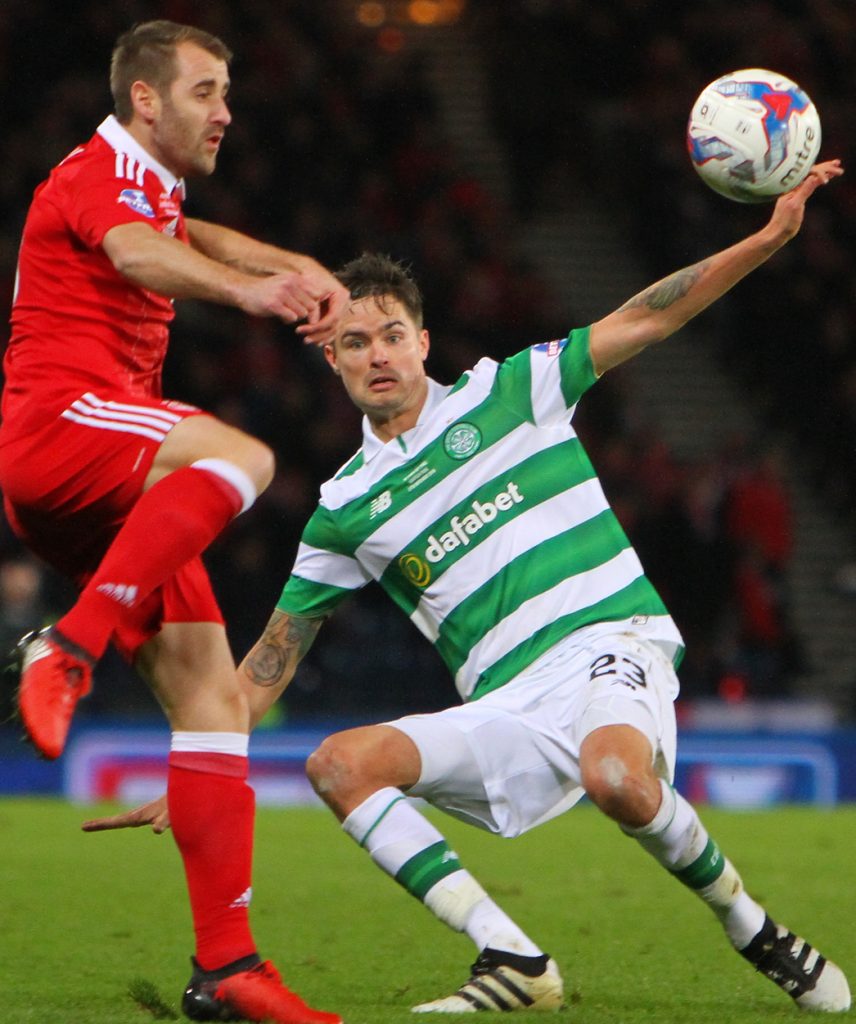 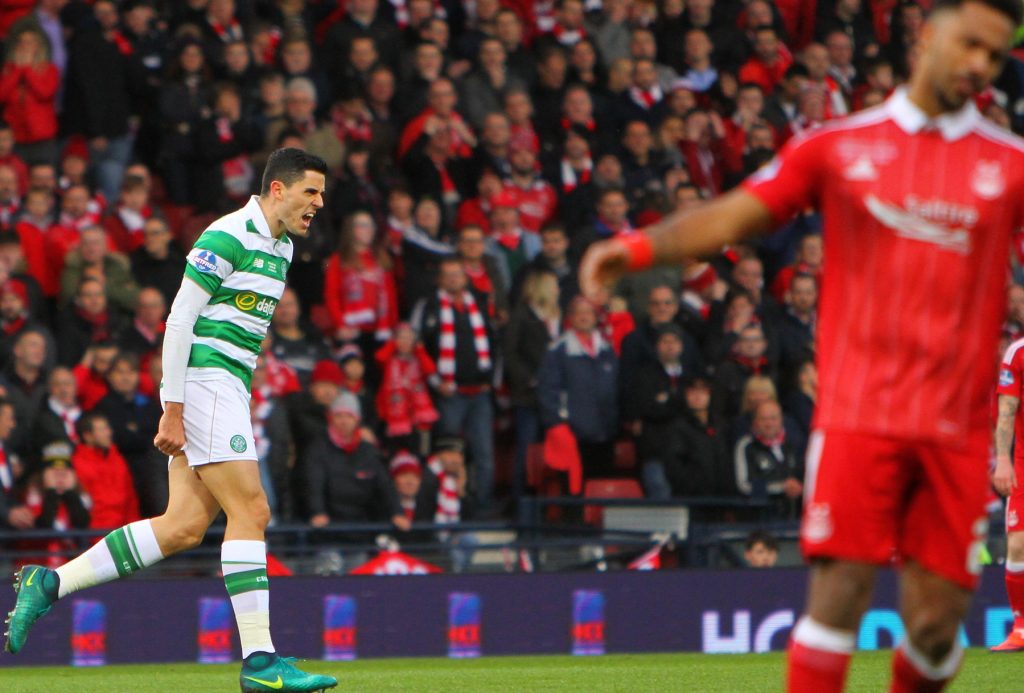 NUMBER ONE…Tom Rogic runs away after stroking in the opener. Shay Logan doesn’t share his delight. 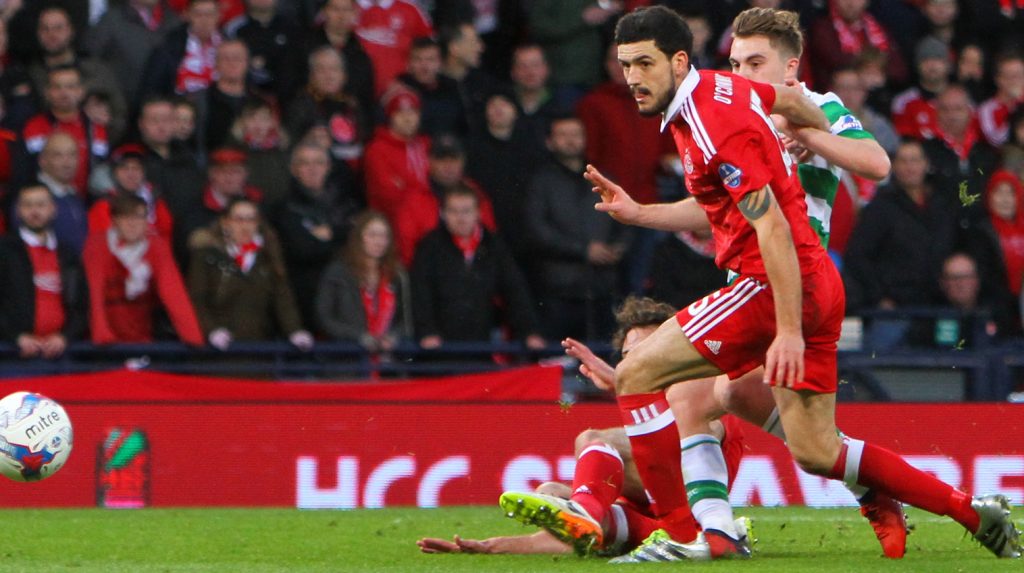 NUMBER TWO…James Forrest tucks the ball away as Anthony O’Connor and Graeme Shinne are too late to block him. 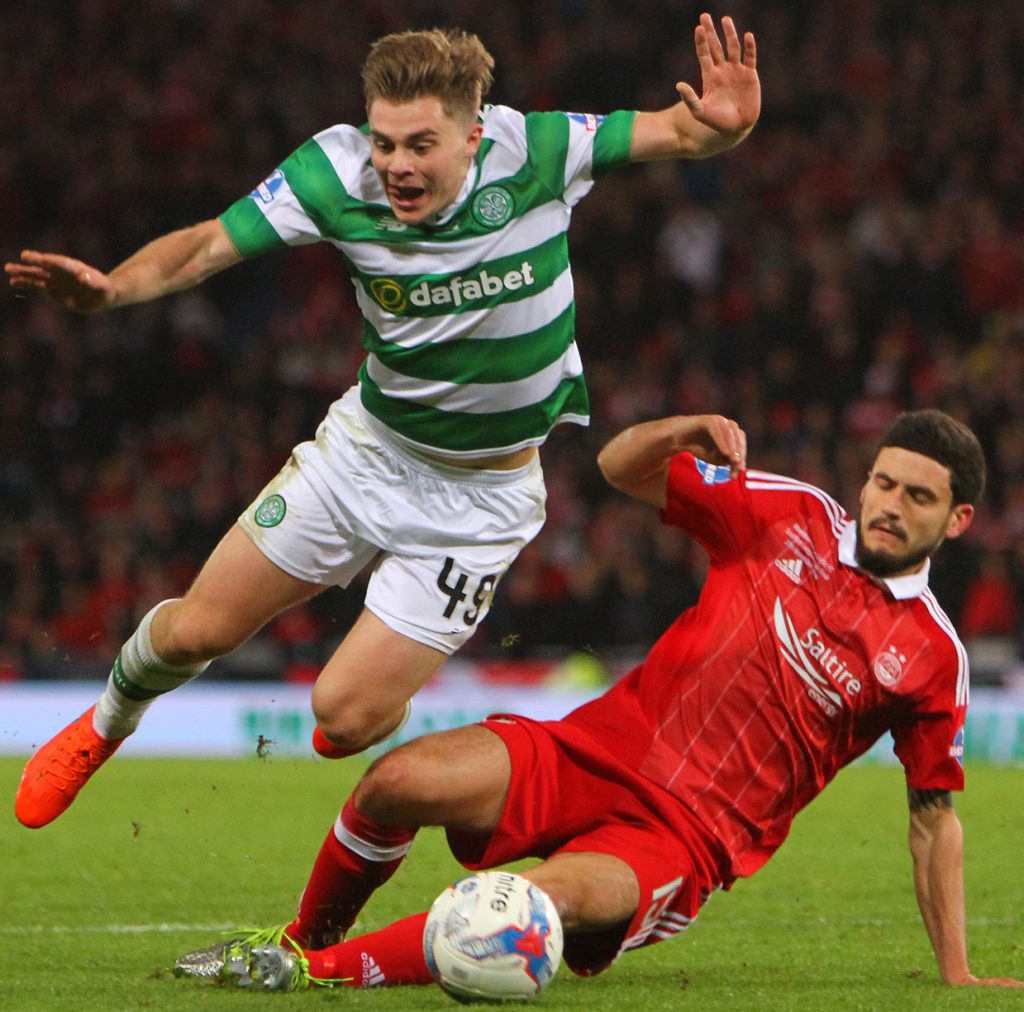 PENALTY…James Forrest is sent tumbling following a wayward challenge from Anthony O’Connor for a second-half spot-kick. 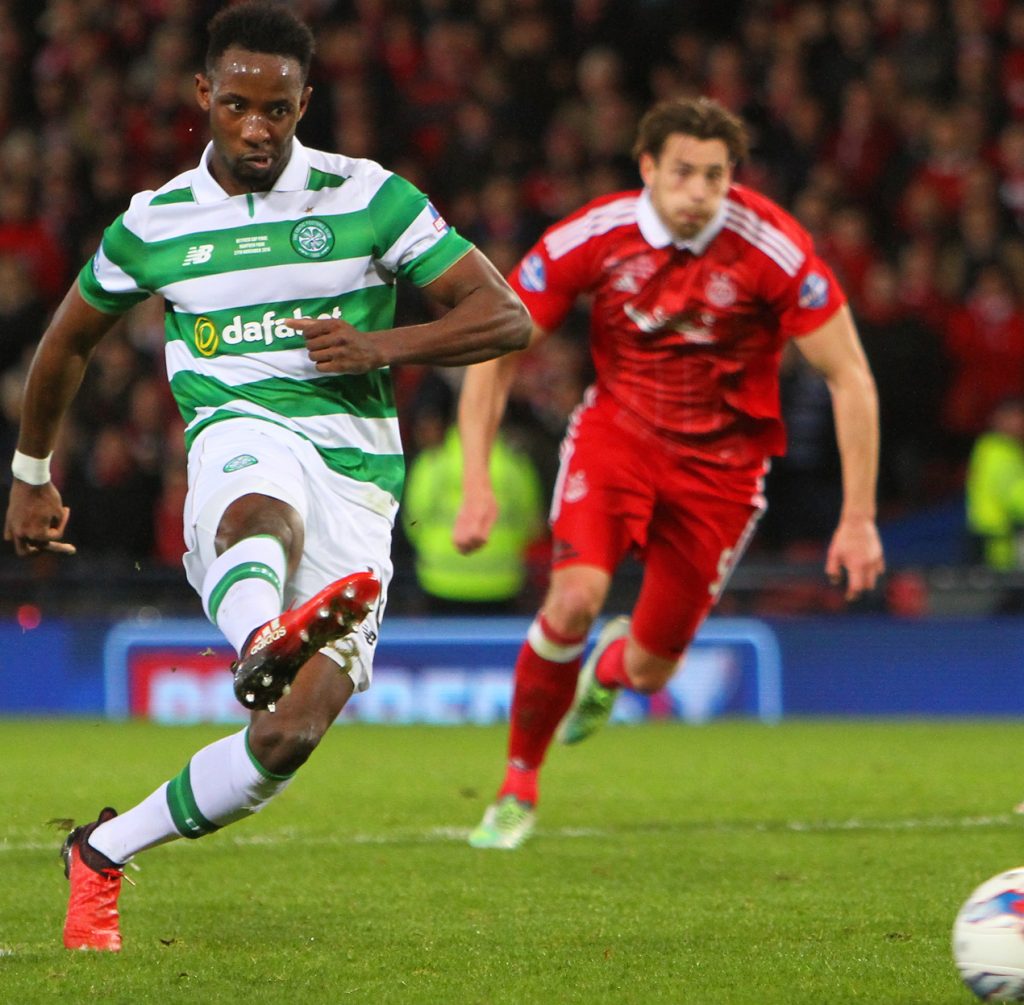 NUMBER THREE…Moussa Dembele strokes in the award to wrap up the scoring. 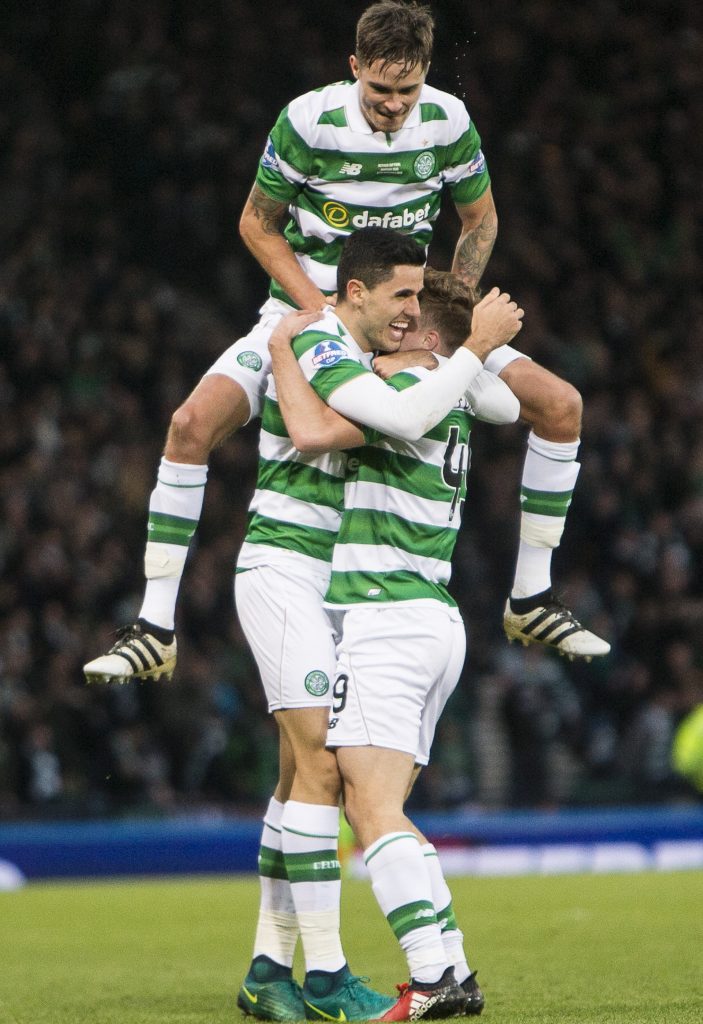 YIPPEE…Mikael Lustig comes out on top as Tom Rogic and James Forrest celebrate. 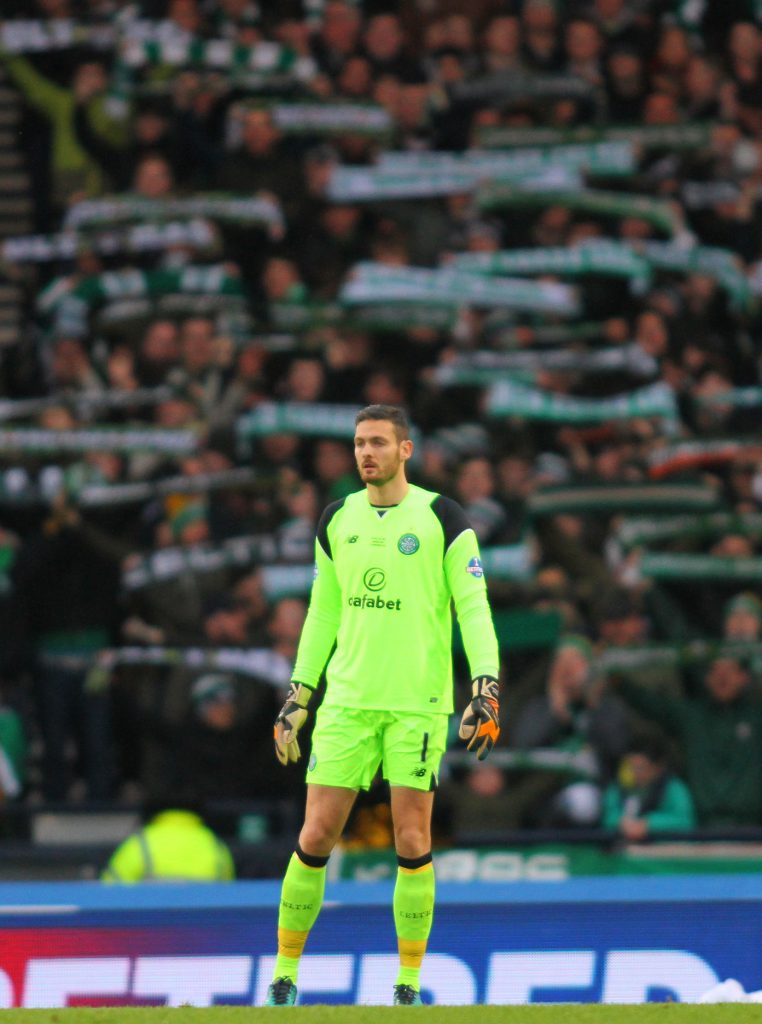 YOU’LL NEVER WALK ALONE…Craig Gordon in front of a sea of green and white. 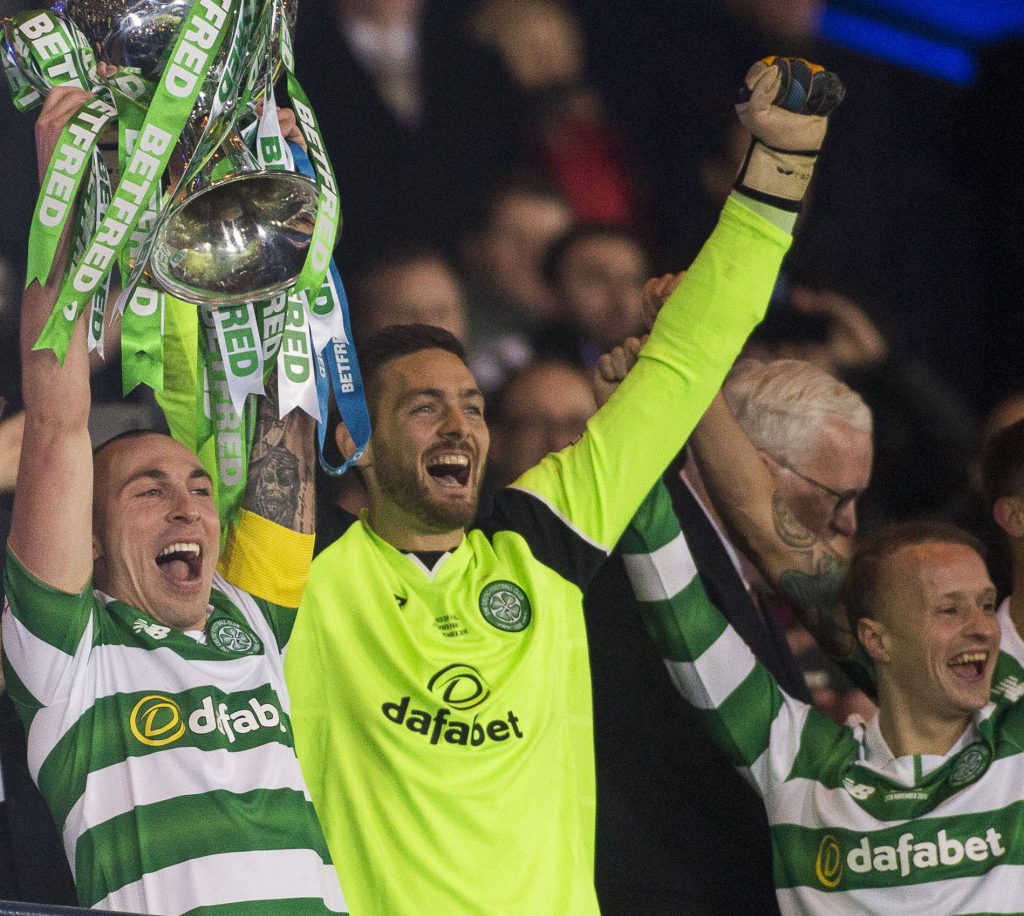 THE CUP THAT CHEERS…skipper Scott Brown holds aloft the trophy with Craig Gordon and Leigh Griffiths joining in. 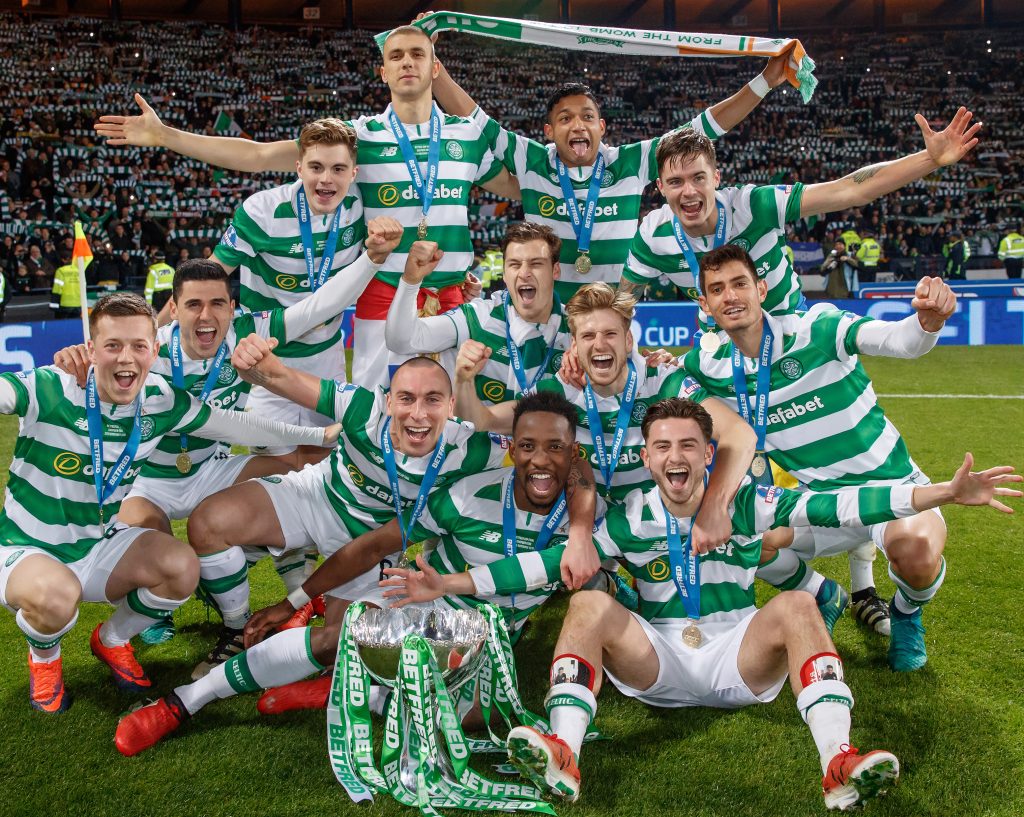 HAMPDEN HAPPY BHOYS…the Celtic players show their obvious delight – none more so than Emilio Izaguirre in the back row! 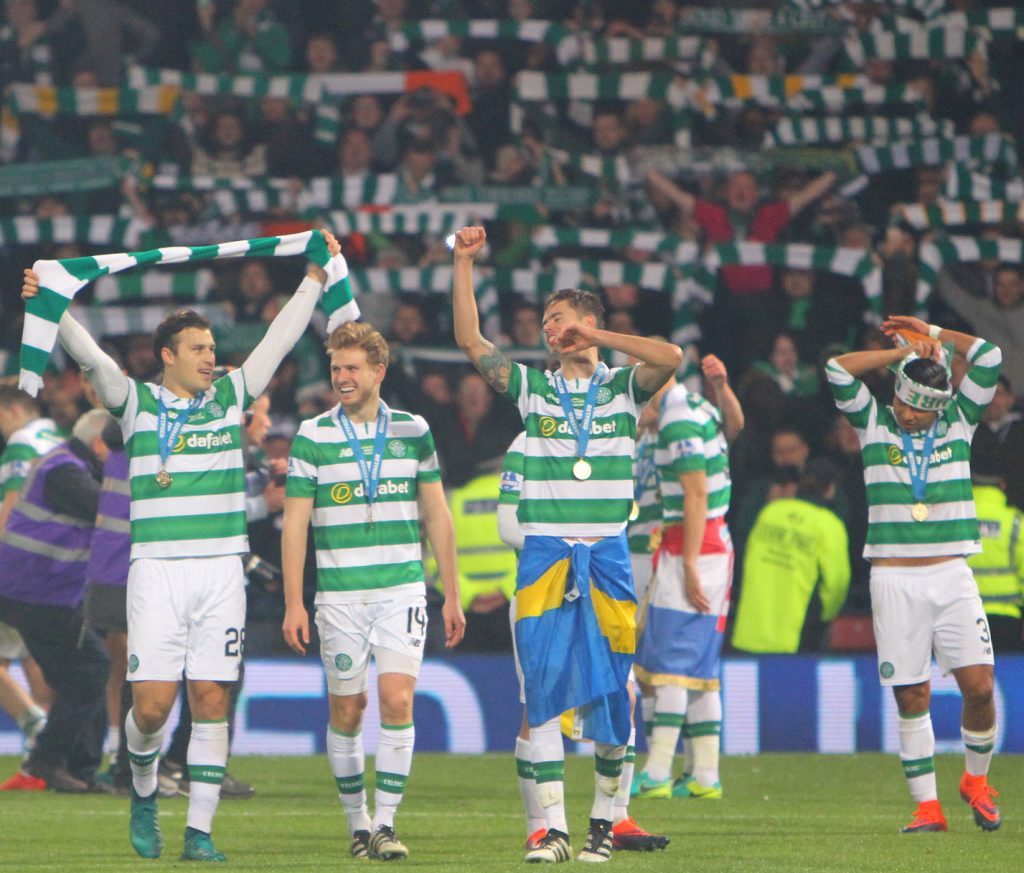 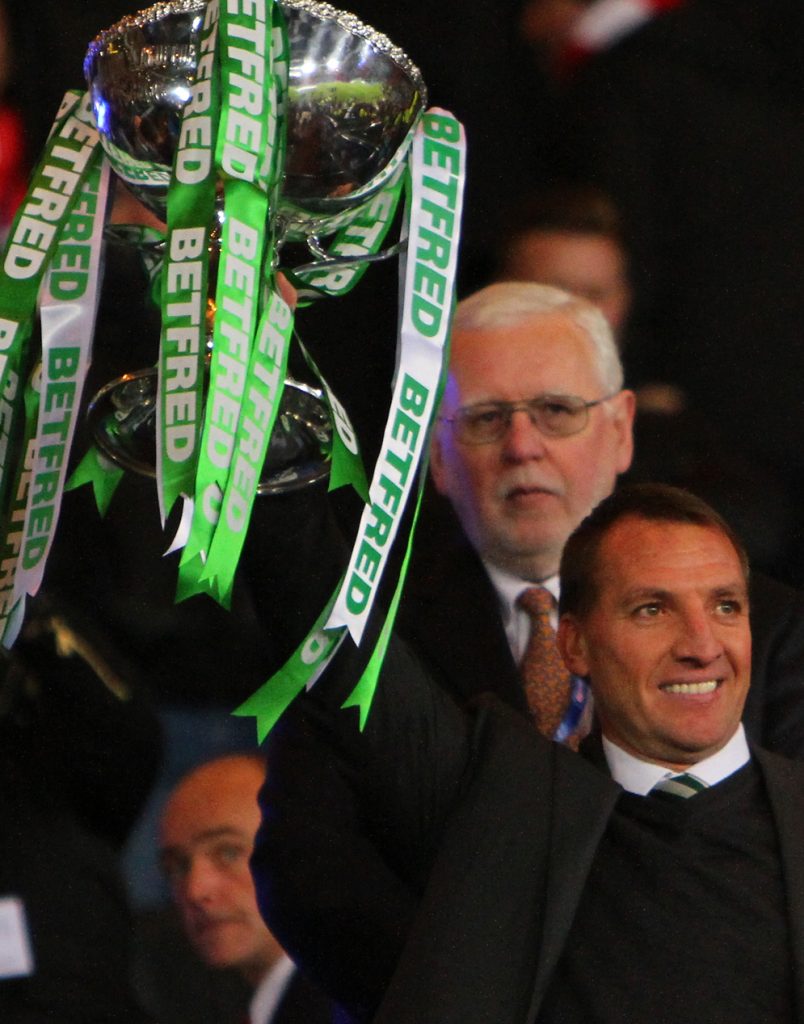 A FIRST FOR BRENDAN…beaming Brendan Rodgers holds up the League Cup, number one of three pieces of silverware he won in his debut season as Celtic boss. And more was to follow in the next campaign! Pics: Geo.