MIKEY JOHNSTON dazzled in the rain as he rattled in two goals during Celtic’s 3-0 triumph over Dundee in their grand finale at Parkhead yesterday.

The landslide performance brought down the curtain on the action at the home of the champions for 2018 – and, as usual, Brendan Rodgers’ men did it in style.

CQN‘s team of ace lensmen were there to capture the action. Here is the pick of the pics. 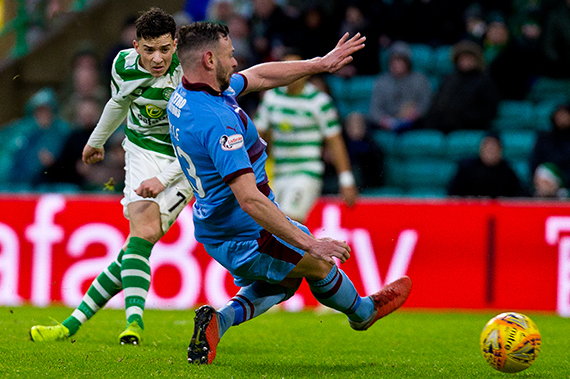 WHOOSH…Mikey Johnston sends a lot drive past a stranded Dundee defender for the opening goal. 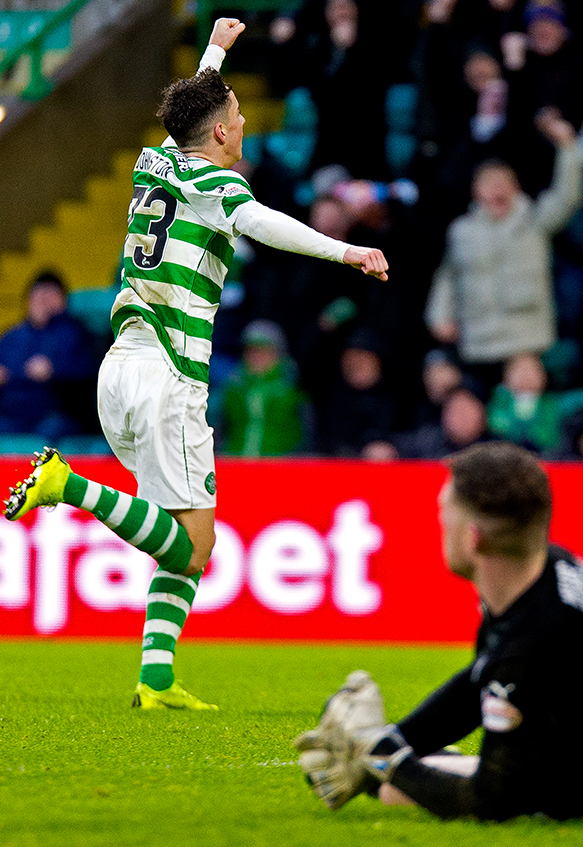 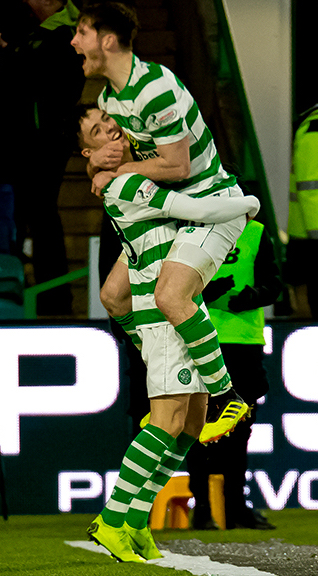 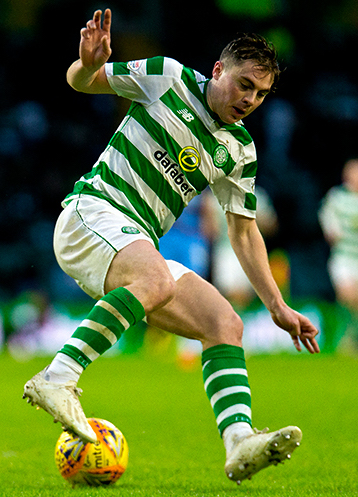 INSIDE OUT…James Forrest shows his trickery. 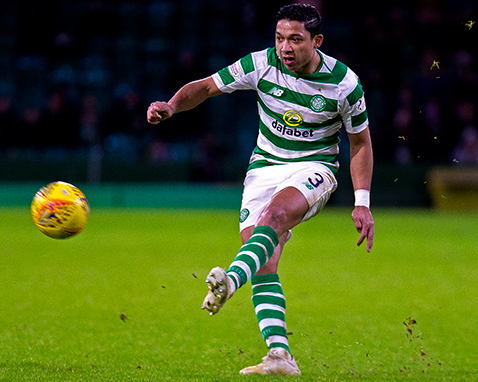 BY THE LEFT…Emilio Izaguirre fires in a cross from the flank. 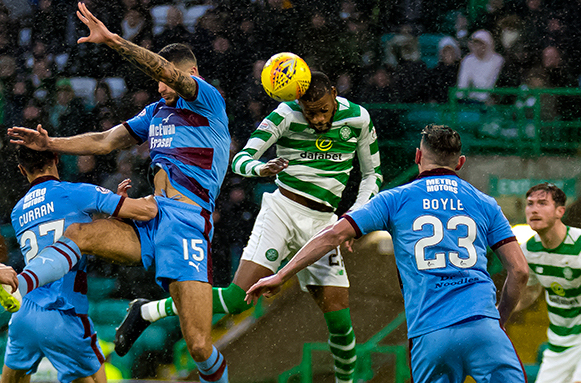 HEAD BHOY…Olivier Ntcham gets up to thump in a header. 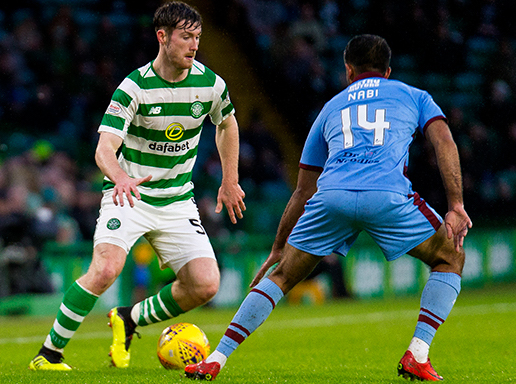 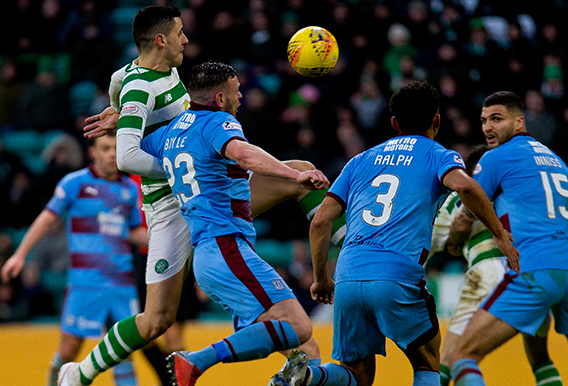 WIZARD OF OZ…Tom Rogic takes on the Dundee defence. 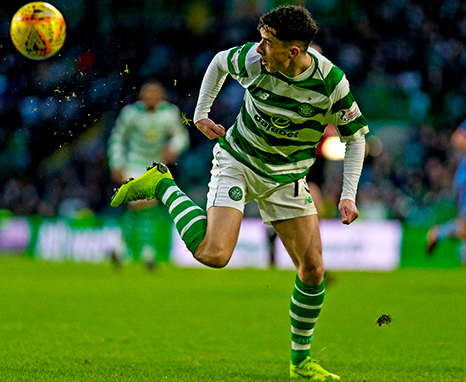 FOR MY NEXT TRICK…Mikey Johnston displays his flair for footwork. 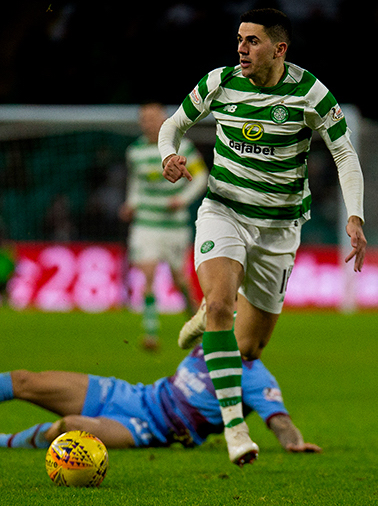 SEE YOU LATER…Tom Rogic leaves a Dens defender in his wake. 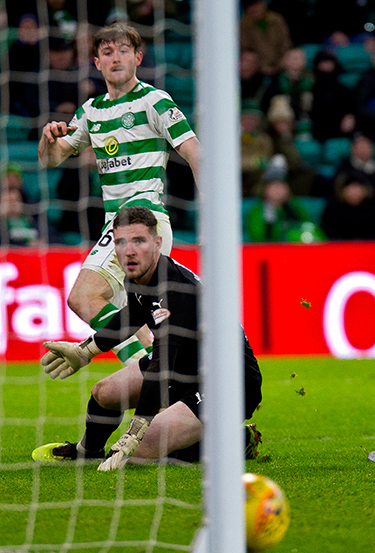 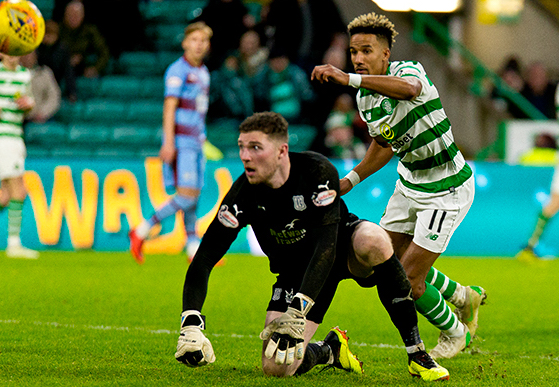 SO CLOSE…Scott Sinclair is thwarted by the Dundee No.1. 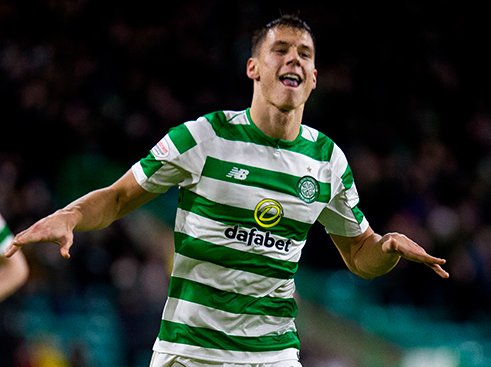 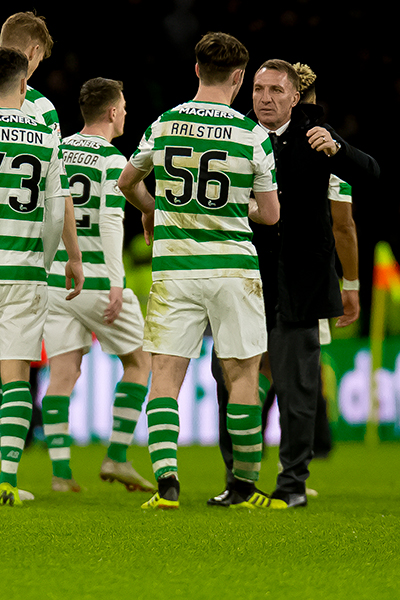 THE END GAME…Brendan Rodgers congratulates Anthony Ralston and his team-mates on a job well done.