WHEN Ryan Christie shaped to knock in Celtic’s third goal in the 3-1 triumph over Kilmarnock at Parkhead yesterday he was in the throes of claiming the champions’ TWENTY-FIRST strike in the Hoops’ sixth game to maintain their impressive 100 per cent record.

Four goals against and 18 points in the bag. Remarkably, Neil Lennon’s side are a massive EIGHT points better off than Brendan Rodgers’ outfit at the same stage last season.

Over the opening stages in the previous campaign, the team scored a mere six goals with Olivier Ntcham the leading marksman with two, one on the opening day 3-1 triumph over Premiership new boys Livingston and the 1-0 victory over Steven Gerrard’s Ibrox visitors almost a month later.

Odsonne Edouard scored two in nine minutes on either side of the interval against the Rugby Park men.

Last term, the side fired two blanks – a 1-0 defeat from Hearts at Tynecastle and a goalless draw against St Mirren in Paisley – while Lennon’s line-up have hit the target in EVERY game home and away this time out, SIXTEEN matches in total.

The firing squad claimed three against Killie yesterday, but only the woodwork, some inspirational goalkeeping from the Ayrshire side’s Romanian No.1 Laurentui Branescu and frantic defending from a gallant rearguard kept the scoreline respectable.

CQN‘s ace snappers were there to catch the action. Here is the pick of the pics. 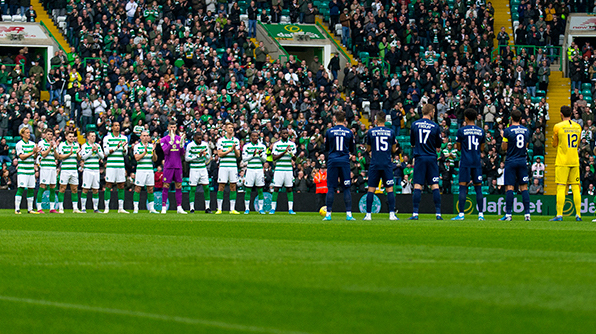 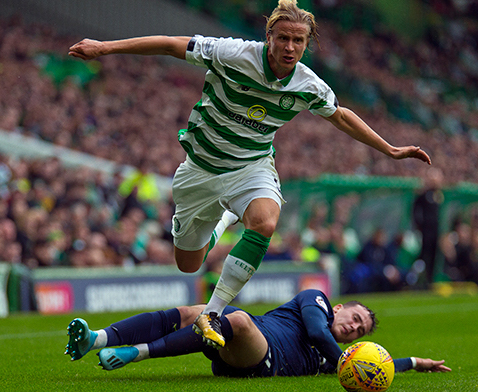 UP AND OVER…Moritz Bauer hurdles a Killie challenge during his impressive first start. 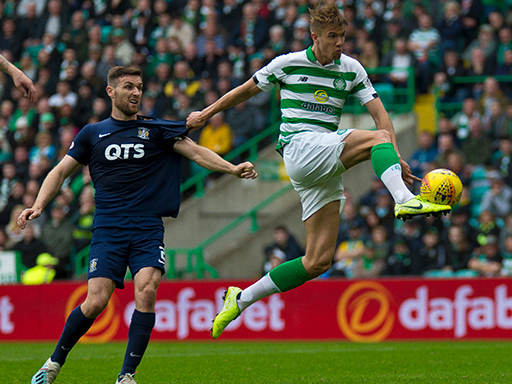 UP AND AT ‘EM…gravity-defying Kristoffer Ajer puts pressure on Stephen O’Donnell. 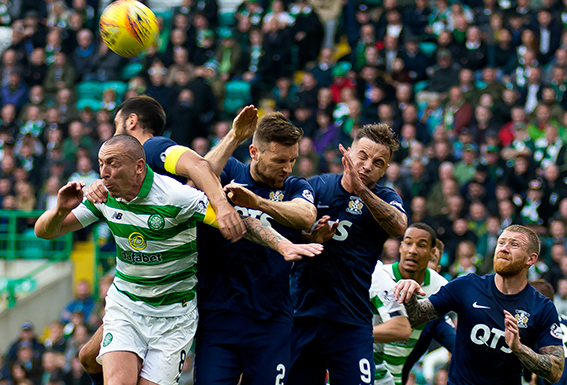 OUTNUMBERED…Scott Brown leads the charge against the Killie back four. 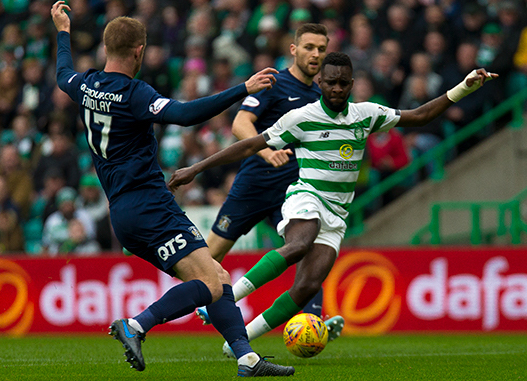 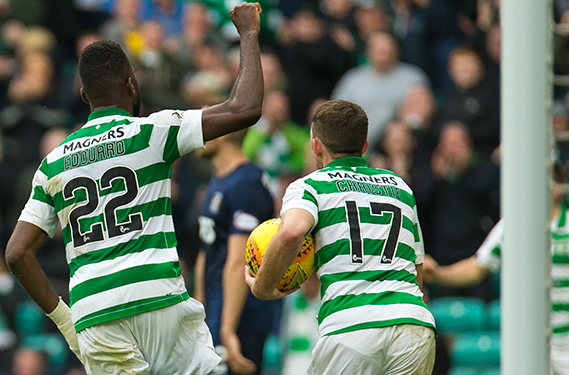 GOAL-DEN BHOYS…Ryan Christie retrieves the ball after Odsonne Edouard’s first strike. Both are heading off to celebrate with the architect, James Forrest. 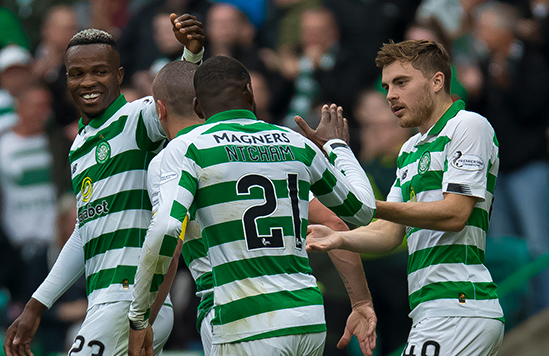 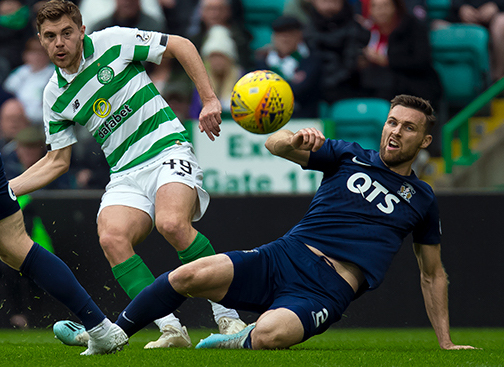 WING WIZARD…James Forrest launches over another cross despite the challenge from Stephen O’Donnell. 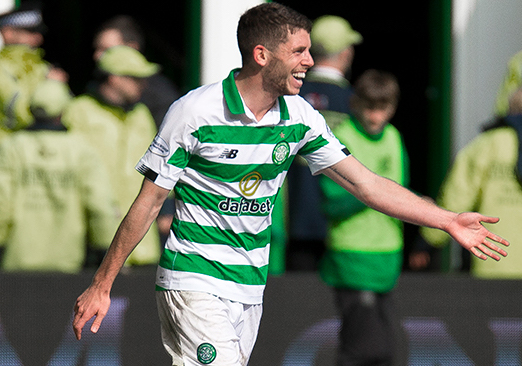 HOOPS! I’VE DONE IT AGAIN…Ryan Christie is all smiles after his 10th goal of the season. 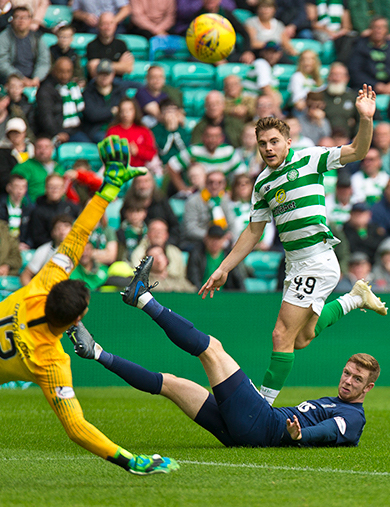 CROSSBAR CHALLENGE…James Forrest’s shot flicks off Stuart Findlay and over keeper Laurentiu Branecu only to clatter off the woodwork. 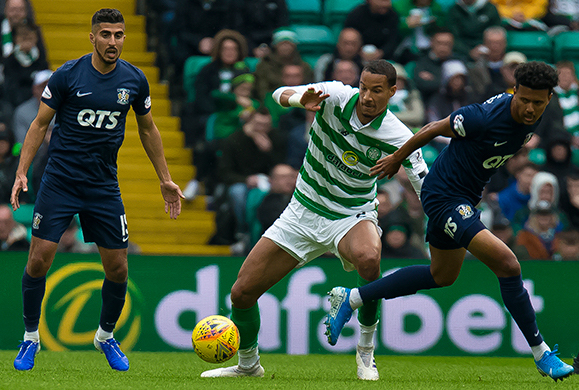 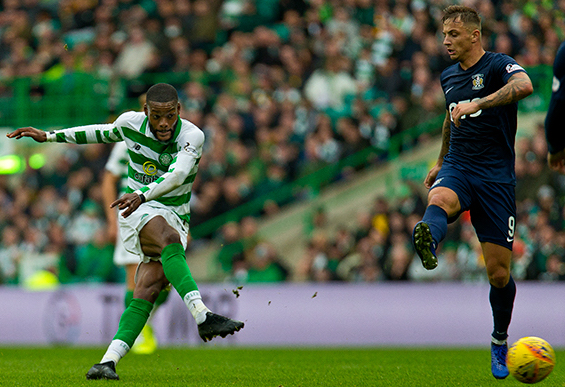 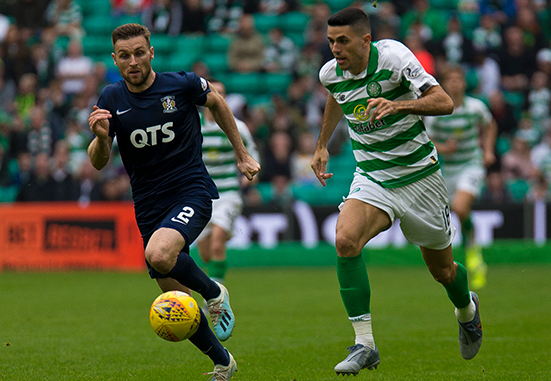 OZ-SOME…comeback Bhoy Tom Rogic goes for a gallop with Stephen O’Donnell in pursuit. 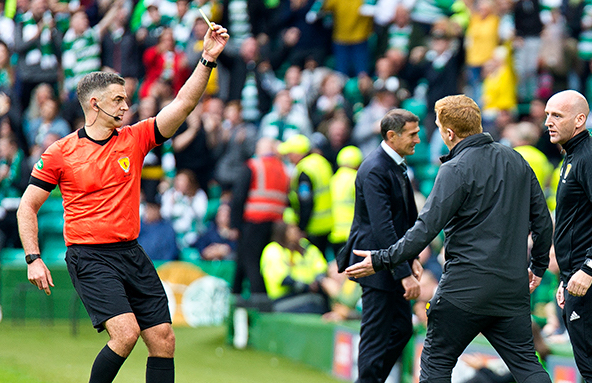 BOOKED…Neil Lennon is on the receiving end from referee Greg Aitken after questioning his penalty-kick decision.