CELTIC turned on the sparkle at as they returned to the Premiership pinnacle with a blistering three-goal first-half performance against Motherwell at Parkhead last night.

The champions were unstoppable in the opening 45 minutes as they pulverised the Fir Park outfit into submission with strikes from Anthony Ralston, Scott Sinclair (pen) and Mikey Johnston.

It finished 3-0 as Brendan Rodgers’ side coasted through the second period to make certain of the points on the evening Scott Brown celebrated his 500th appearance for the Hoops after being presented with a special jersey before the game by the manager to mark the occasion.

CQN‘s team of ace lensmen were there to capture the action. Here is a pick of the pics. 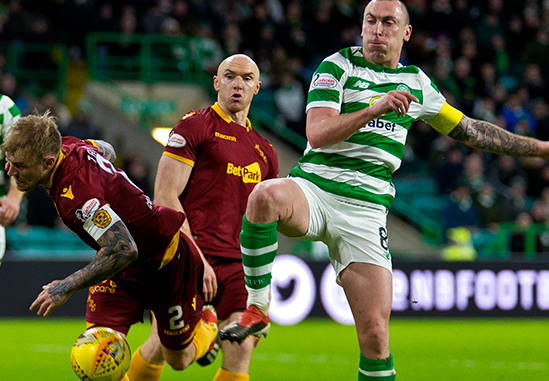 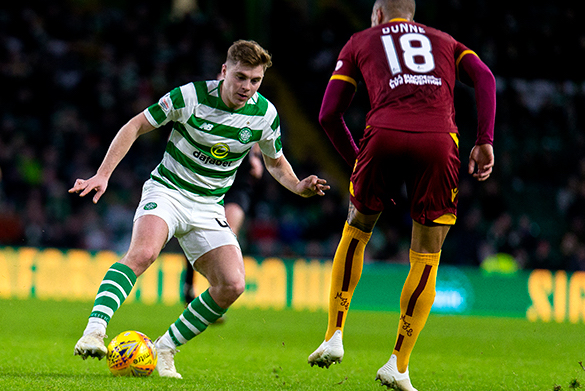 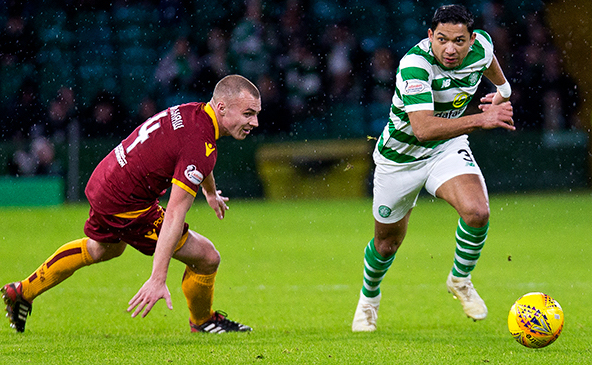 HE WENT THATAWAY…Emilio Izaguirre races down the flank. 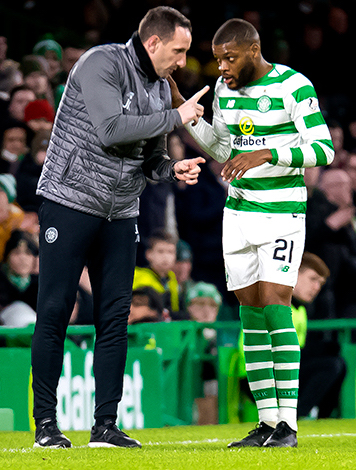 A POINT TO PROVE…coach John Kennedy has a word in Olivier Ntcham’s ear. 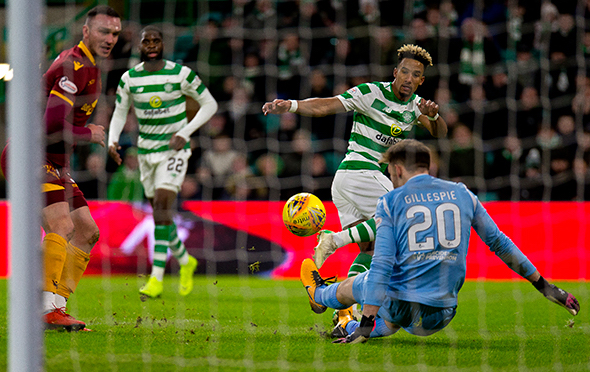 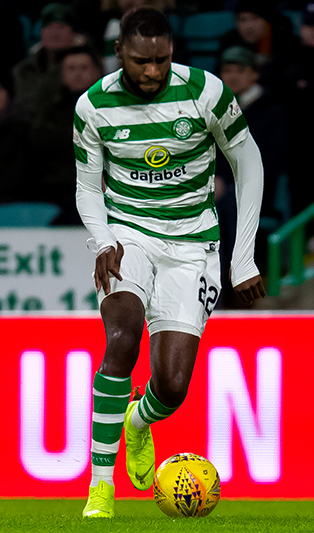 IN CONTROL…Odsonne Edouard leads an assault on his opponents’ goal. 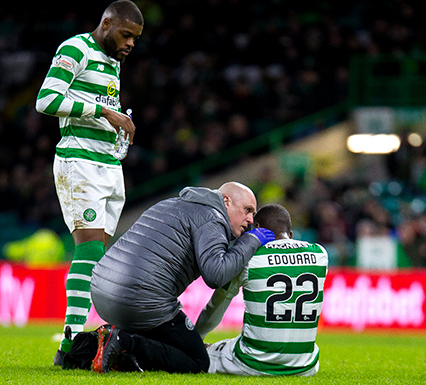 DOWN AND OUT…Odsonne Edouard’s game is over as he collpases in pain. Olivier Ntcham looks on. 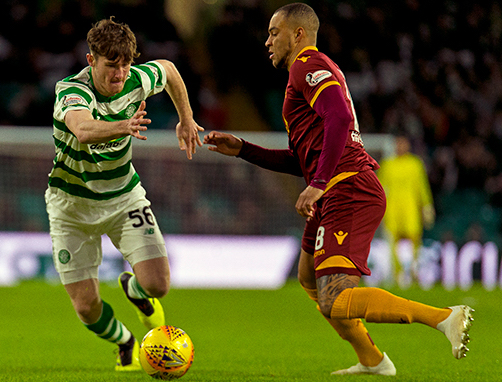 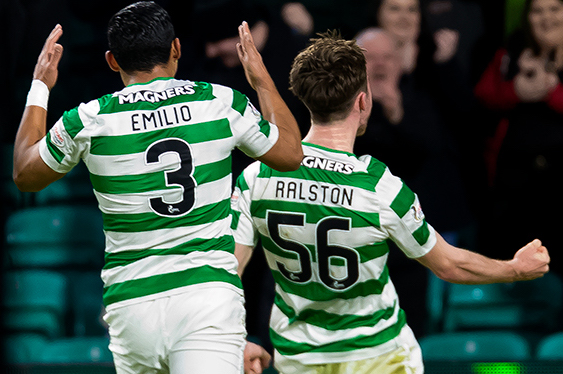 NUMBER ONE…Anthony Ralston celebrates his goal on his first appearance of the season. 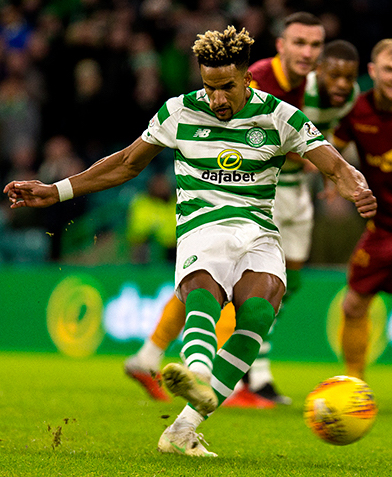 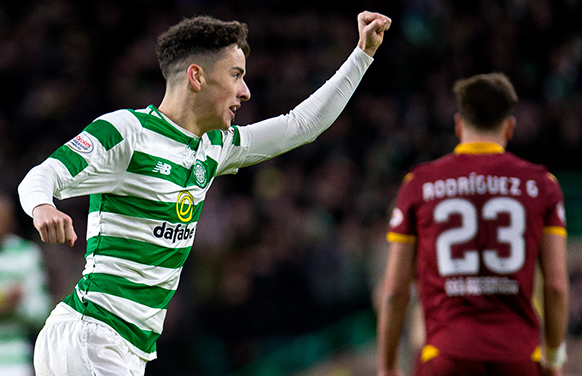 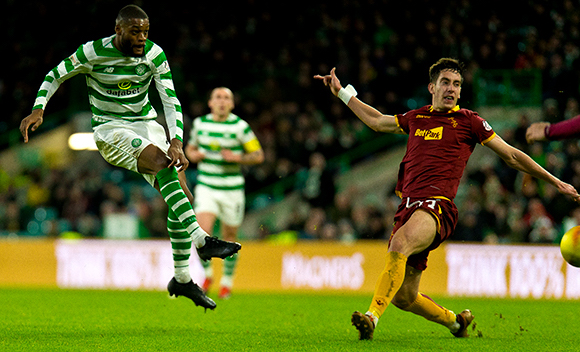 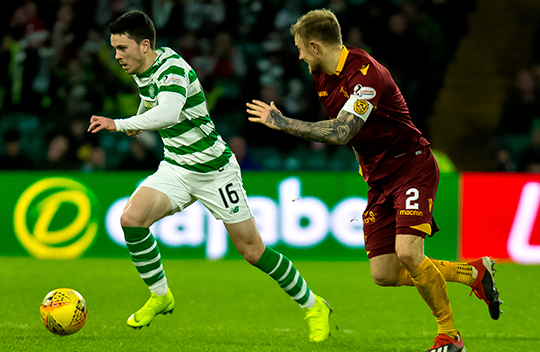 ON THE RUN…Lewis Morgan displays his ball skills. 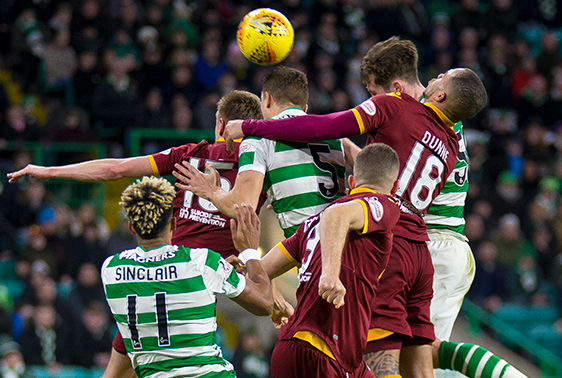