IT was cheers and tears at an emotion-packed Parkhead last night as Leigh Griffiths made his first competitive start in Celtic’s overwhelming 5-0 triumph in the first leg Champions League second round qualifier.

The Estonians of Nomme Kalju provided the opposition, but all eyes were on the comeback Bhoy who was determined to mark the occasion in the best way he knew how – to get on the scoresheet. And he was not to be denied on his big night in front of his adoring audience in the east end of Glasgow.

With half-time fast approaching and the Hoops 2-0 ahead through a header from Kristoffer Ajer and a penalty-kick from Ryan Christie, the situation was perfectly arranged for Griffiths to make an impact when the team were awarded a free-kick 25 yards out. The striker had claimed his 100th Hoops goal against FK Sudova in practically the same spot last season.

He was about to stage a dramatic action replay as he curled a left-foot effort over the wall and into the left-hand side of the net. It was a masterstroke from a master marksman. And how the 28-year-old enjoyed the moment, later admitting he came close to tears.

Griffiths lasted until the 59th minute when Neil Lennon decided he had done enough with his side beginning to coast towards the third qualifying stage. The player came off to a standing ovation and you just know it won’t be his last warm response from the home support in this campaign.

Christie, with a breathtaking and imaginative finish, claimed the fourth and Callum McGregor flummoxed the keeper with the fifth.

But we’re sure the Scotland international midfielders would not have minded the acclaim that came their team-mate’s way on an evening that belonged to him.

CQN‘s ace lensmen were at the game to capture the action. Here is the pick of the pics. 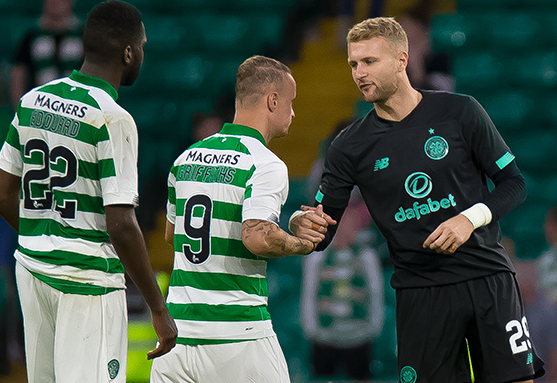 GOOD LUCK, MATE…Leigh Griffiths gets the message from Scott Bain with Odsonne Edouard next in the queue to wish him the best of fortune. 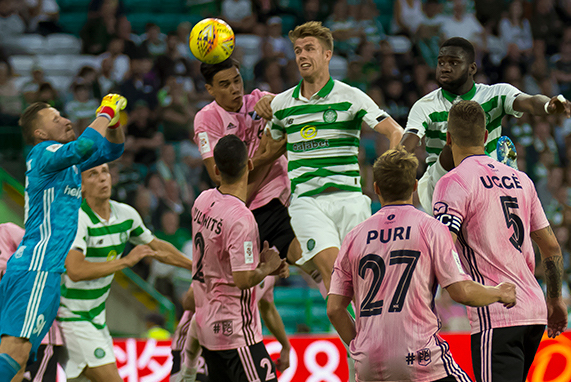 BREAKTHROUGH…Kristoffer Ajer climbs high to power in the opening goal. 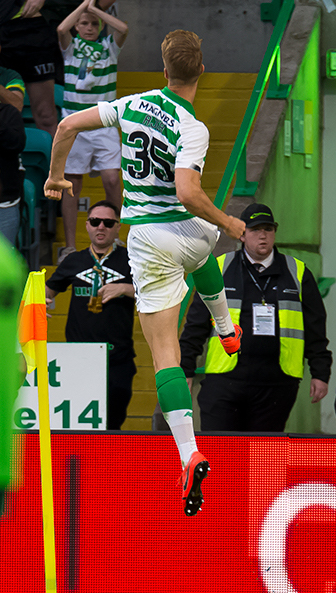 THE HIGH JUMP…Ajer takes off in joy to celebrate his goal. 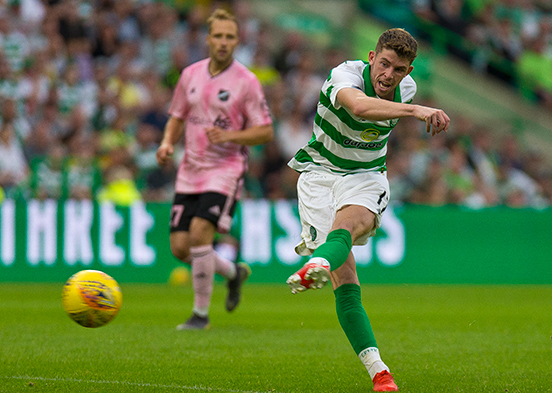 BY THE LEFT…Ryan Christie is just out of luck with a drive that swept past the upright. 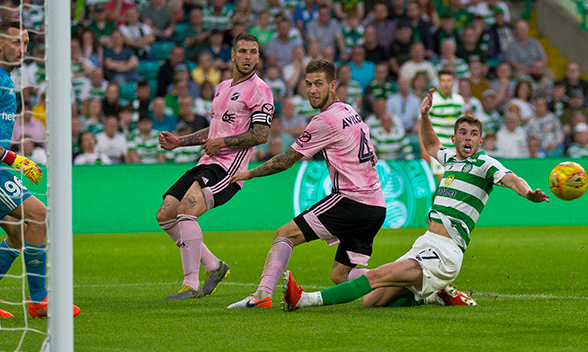 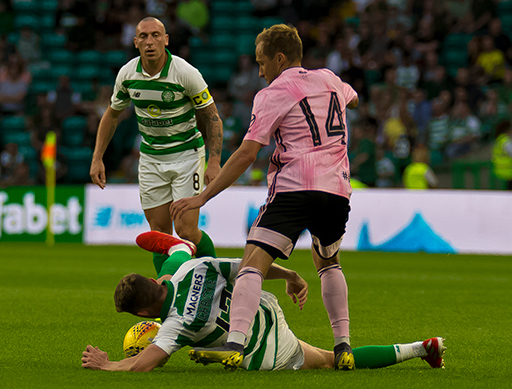 EYE EYE…Scott Brown keeps a close watch as Christie goes down under a challenge. 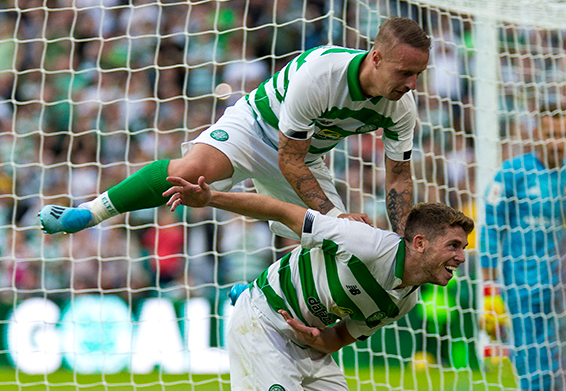 WHOOPS IN THE HOOPS…Leigh Griffiths takes off as he congratulates Christie after his penalty-kick for the second goal. 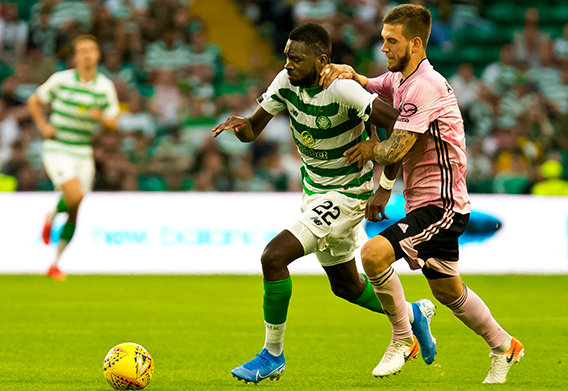 ON THE RUN…Odsonne Edouard powers past an Estonian defender. 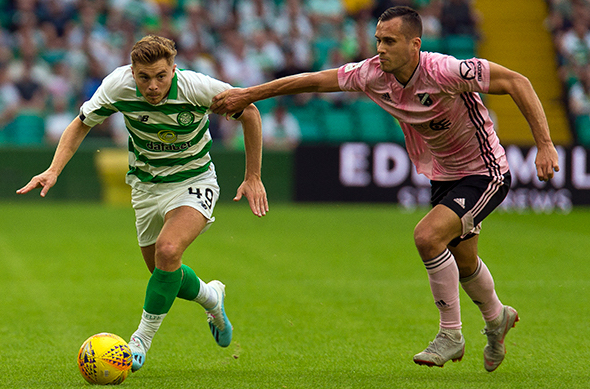 WING WIZARD…James Forrest gets into his stride. 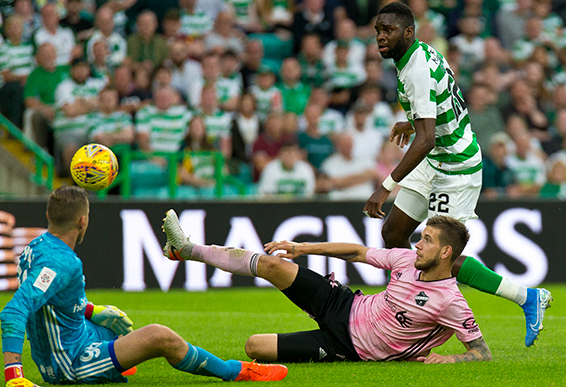 OUT OF LUCK…Odsonne Edouard sees his shot blocked by the keeper. 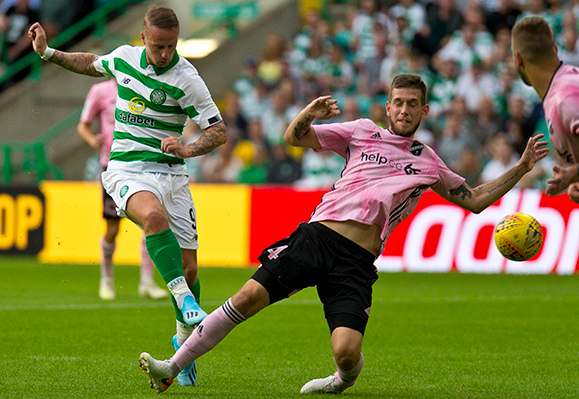 BY THE RIGHT…Leigh Griffiths puts on the pressure. 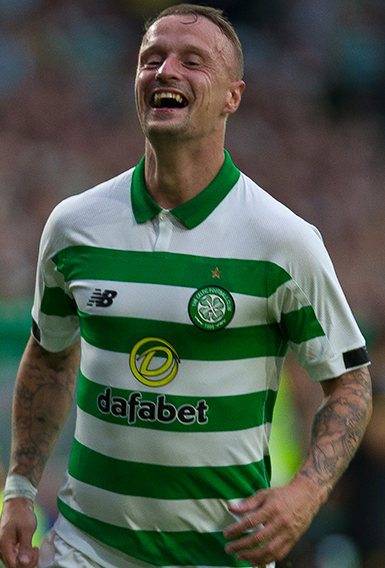 MANY HAPPY RETURNS…Leigh Griffiths sows the joy – and relief – of his first goal of 2019. 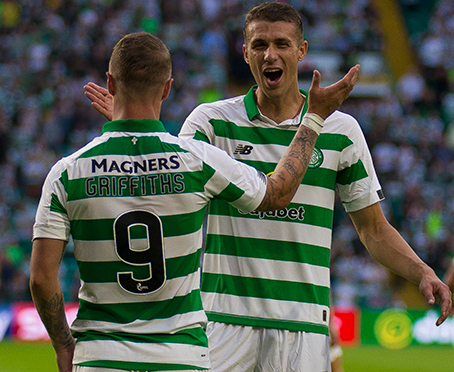 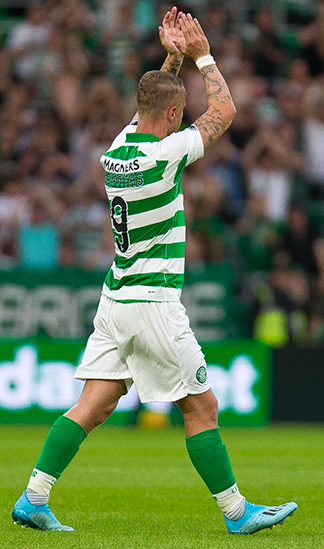 TEARIO…Griffiths applauds the fans as he leaves the pitch. 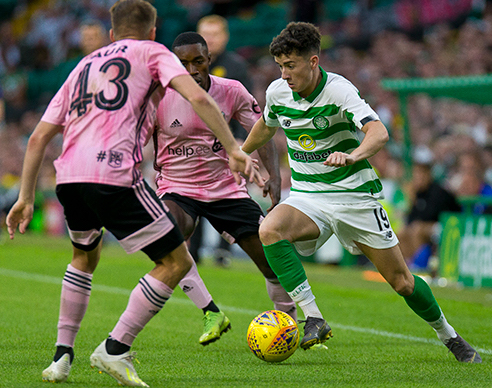 CATCH ME IF YOU CAN…Mikey Johnston takes on the defence. 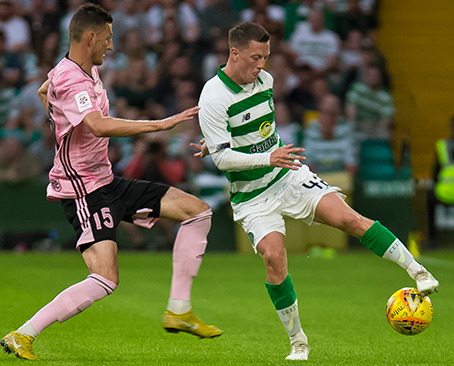 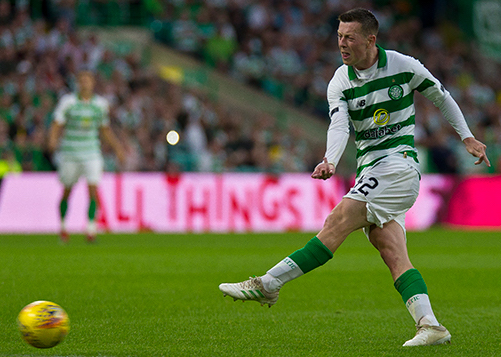 PICK IT OUT…McGregor lashes in a left-foot effort to make it 5-0 and put the Hoops on easy street. 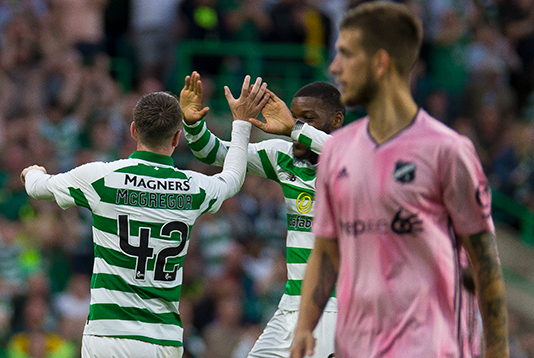 HANDS UP IF YOU’RE HAPPY…McGregor celebrates his strike with Odsonne Edouard.