CELTIC fired blanks in their frustrating and disappointing afternoon at Livingston a fortnight ago.

It was the first time this season the Hoops firing squad had malfunctioned – and it cost the eight-in-a-row champions top spot in the Premiership for the first time in 2019.

Neil Lennon ordered a response from his players and poor Ross County were in direct line of their reply at Parkhead yesterday when the attack clicked into lethal gear after the turnaround.

The fans had to be satisfied with Mohamed Elyounoussi’s early opening strike in the first 45 minutes as their favourites just could not convert their obvious superiority into the currency of goals.

However, a bewildering nine-minute spell into the second-half saw Odsonne Edouard claim two with Callum McGregor and James Forrest adding others to take the scoreline from 1-0 to 5-0 in an almighty blitz on Ross Laidlaw’s net.

Elyounoussi added the sixth before the end before referee Don Robertson put the Highlanders out of their misery with the final whistle.

Next up, it’s Lazio in the Europa League Group E confrontation at Parkhead on Thursday night.

Let’s hope Edouard and Co will bring their shooting boots with them for this occasion.

CQN‘s crack lensmen were at the demolition of the Dingwall side. Here is the pick of the pics. 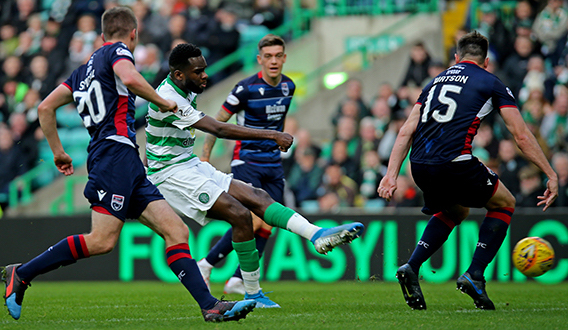 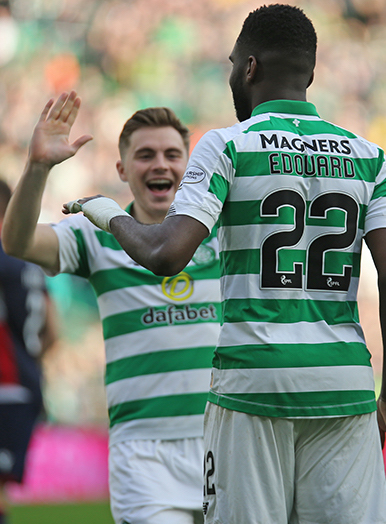 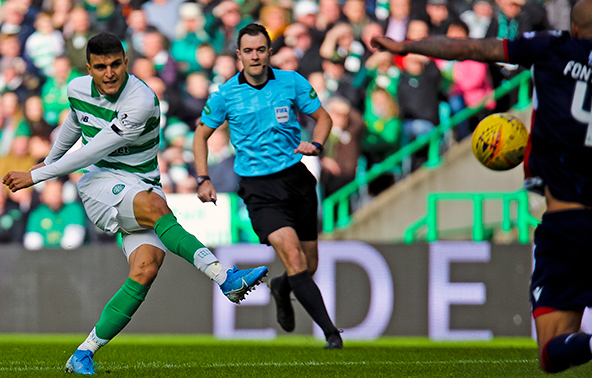 BY THE RIGHT…Mohamed Elyounoussi starts the rout of Ross County with a fine drive. 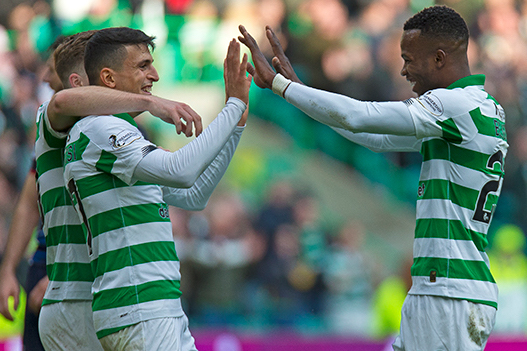 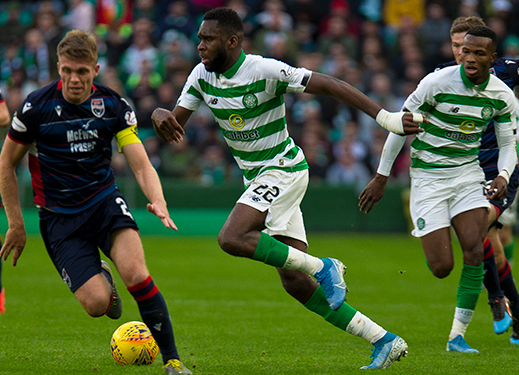 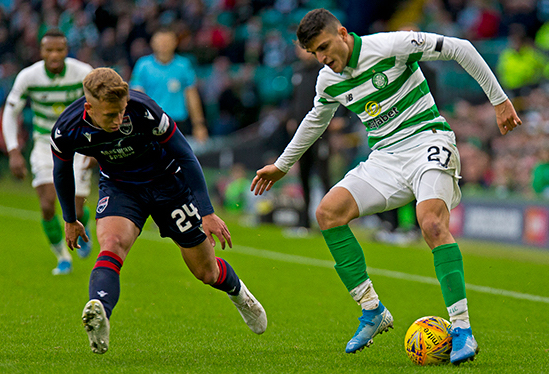 FOR MY NEXT TRICK…Elyounoussi on the ball. 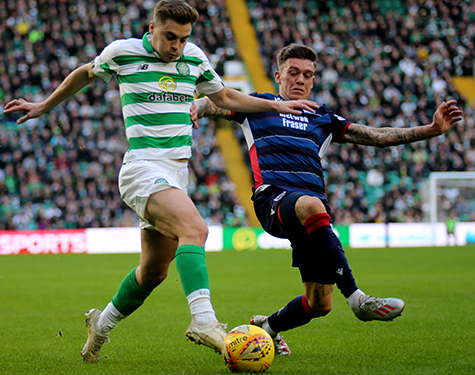 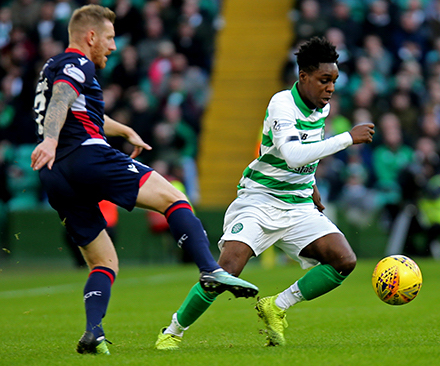 SEE YOU LATER…Jeremie Frimpong leaves Michael Gardyne in his slipstream. 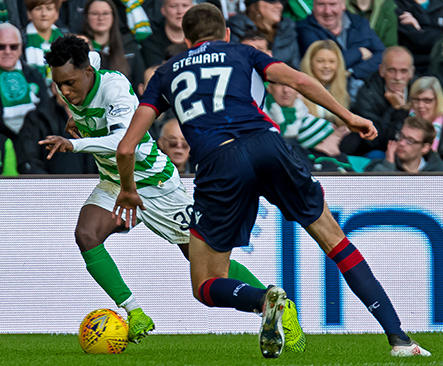 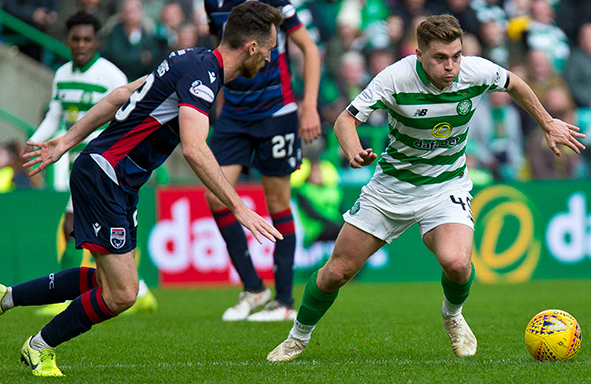 CHEEKY…James Forrest puffs as he prepares to blow away County’s defence. 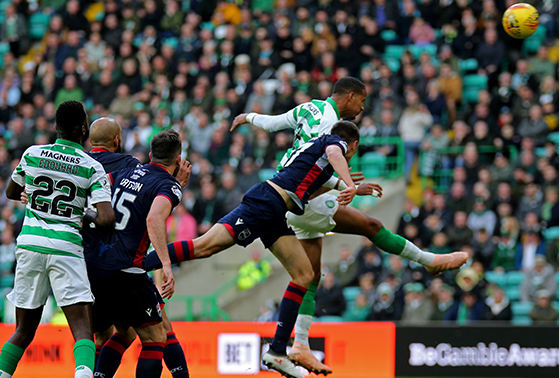 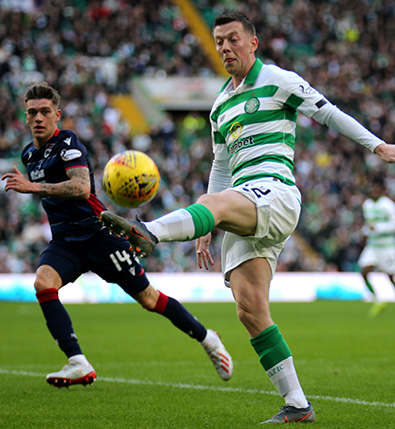 IN CONTROL…Callum McGregor turns on the style. 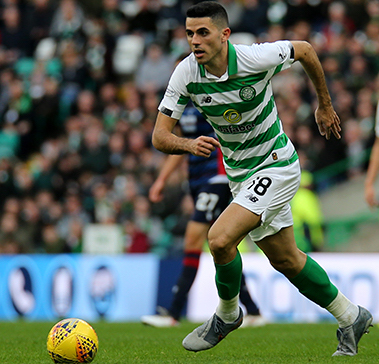 OZ-SOME…Tom Rogic makes a welcome start in the league line-up. 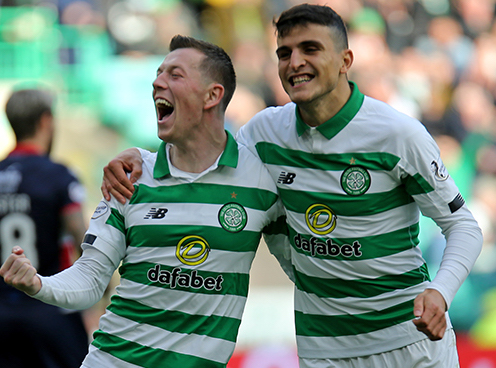 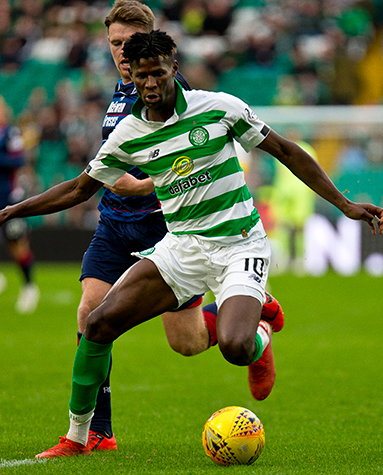 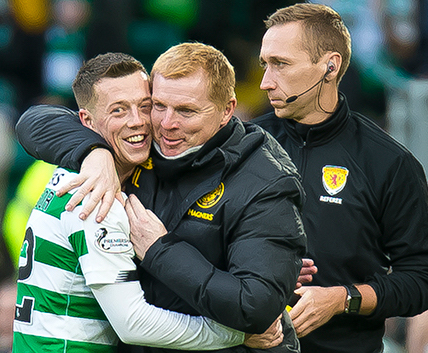