The elegant Scotland international playmaker was irresistible as he conjured up a fabulous hat-trick while the rampant champions ran amok against their pummelled Perth opponents as they put down a marker for the rest on the campaign.

Christie led the goal parade with the breakthrough effort being supplied by tricky Mikey Johnston early in proceedings and others followed from Olivier Ntcham, Odsonne Edouard and Leigh Griffiths, with his first league strike since firing in a trademark free-kick at Hamilton Accies on November 24.

It was an awesome performance of firepower from the Hoops and bodes well for the term ahead where the coveted ninth championship in a row is on the radar.

CQN’s ace lensmen were at the game to capture the action. Here is the pick of the pics. 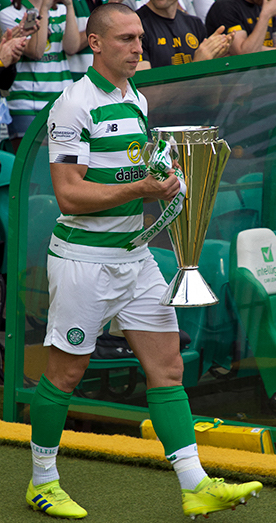 SCOTT AND THE SILVERWARE…proud captain Scott Brown holds the Premiership trophy as he emerges from the tunnel. 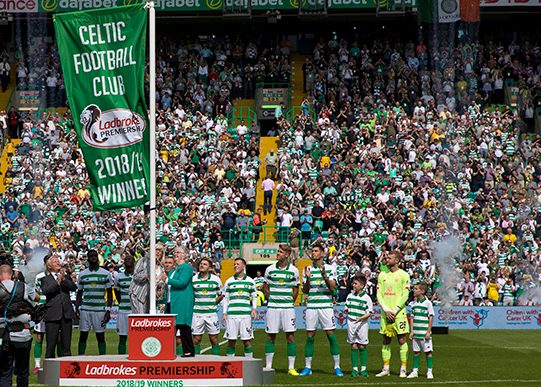 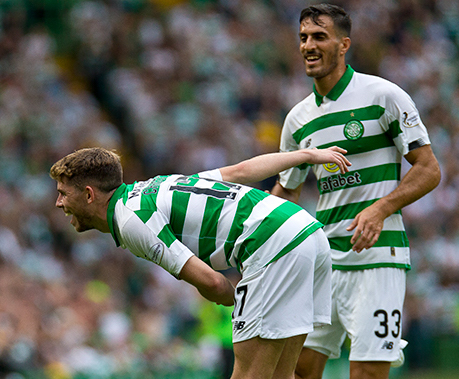 TAKE A BOW, SIR…Man-of-the-Match Ryan Christie is about to be congratulated by Hatem Abd Elhamed after his opening goal. 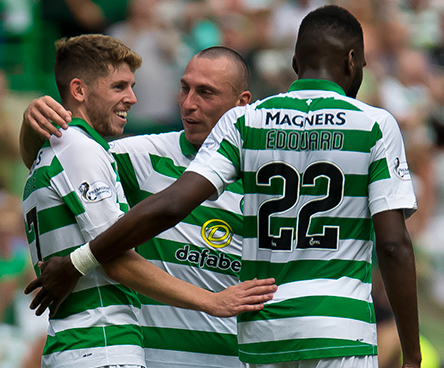 JUST TWO GOOD…Christie is hugged by Scott Brown and Odsonne Edouard after another strike. 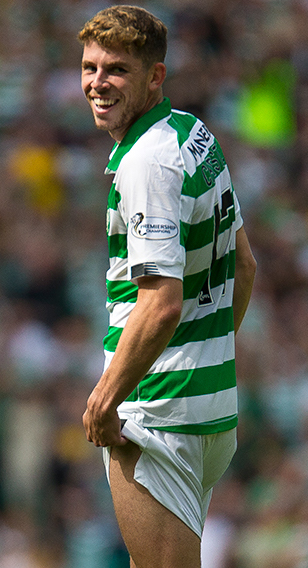 THREE CHEERS…Christie is all smiles after his hat-trick. 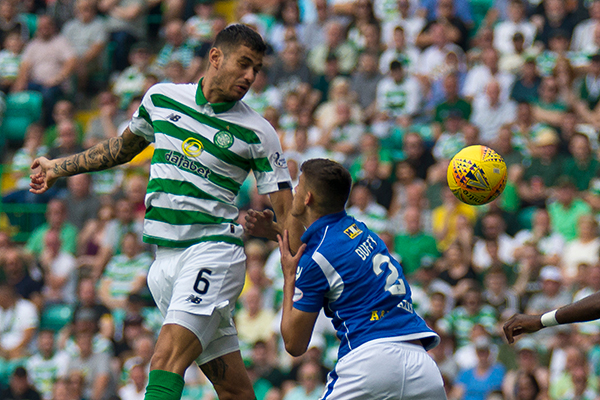 GREAT, BITTON…defender Nir Bitton takes to the air to threaten the Perth rearguard. 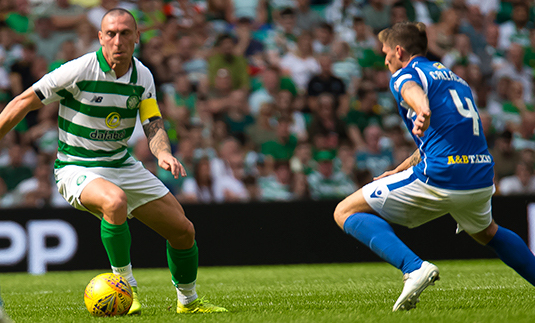 ON THE BALL…skipper Scott Brown in control against Ross Callachan. 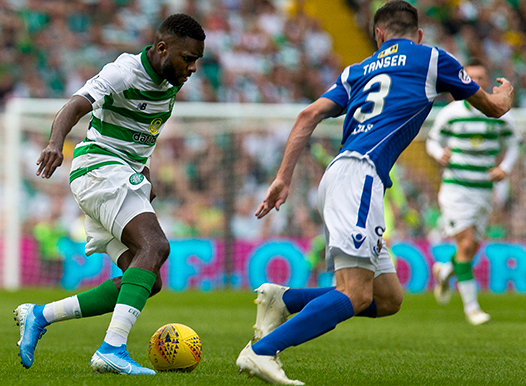 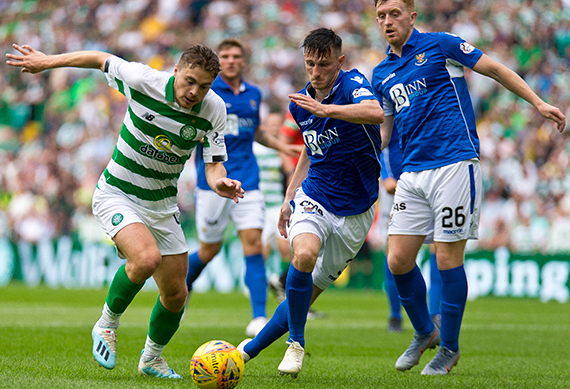 Mr MAGIC…James Forrest sets off on a mazy run. 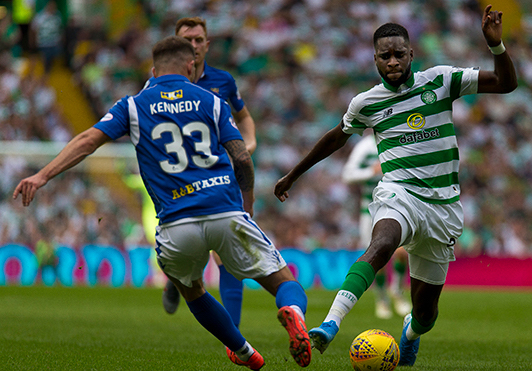 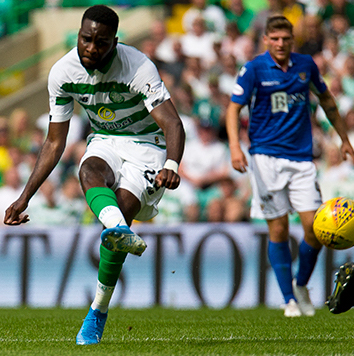 BY THE RIGHT…Odsonne Edouard has a go at goal. 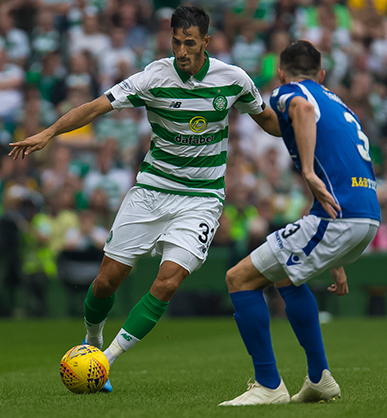 UP AND AT ‘EM…Hatem Abd Elhamed joins in the attack. 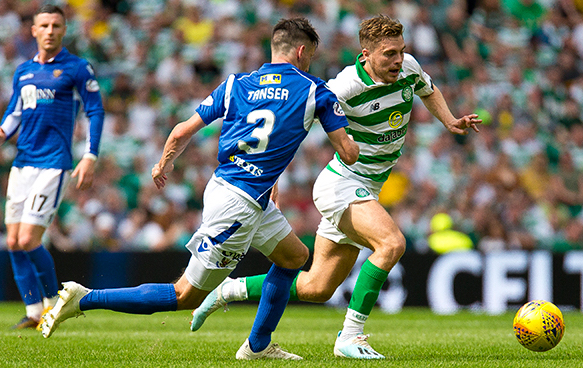 HE WENT THATAWAY…James Forrest races away from Scott Tanser. 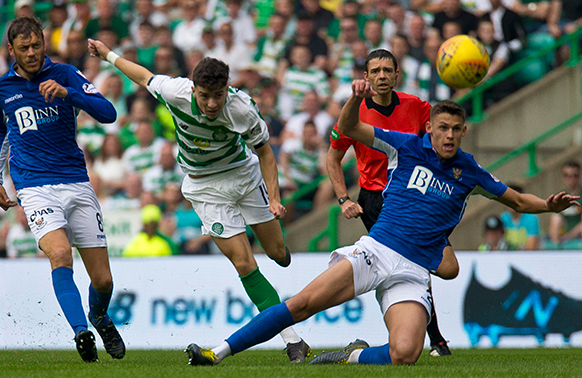 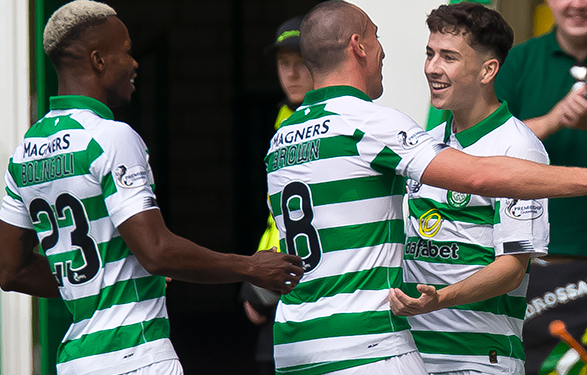 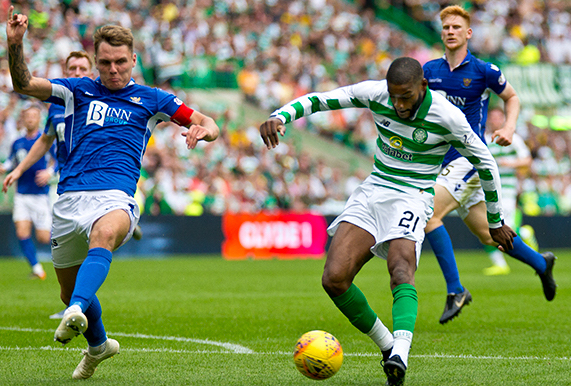 IMPACT SUB…Olivier Ntcham scores no.5 with is first touch of the ball. 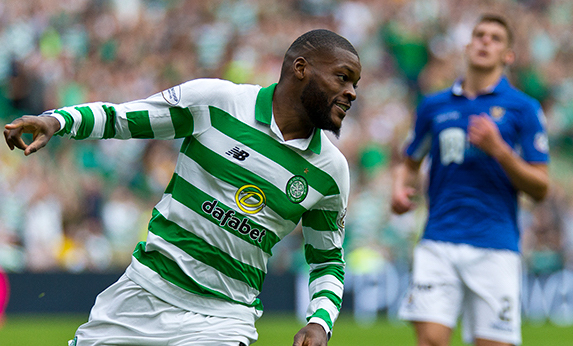 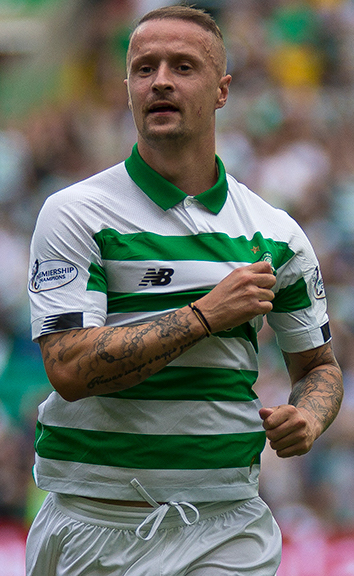 SEVENTH HEAVEN…Leigh Griffiths brings down the curtain on a memorable opening day. 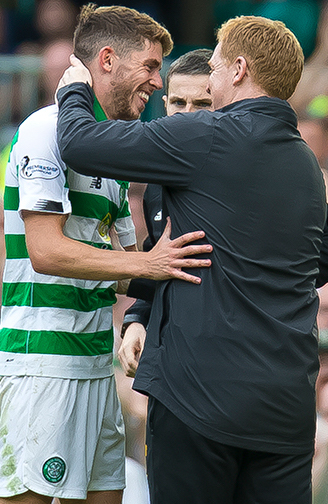 THREE’N’EASY….Ryan Christie is congratulated by Neil Lennon as he comes off after his hat-trick display.