CELTIC travel to Murrayfield tomorrow afternoon to take on Hearts in the Betfred League Cup semi-final.

And the holders of the trophy are determined to inflict more Capital Punishment on one of Edinburgh’s Big Two after their 4-2 Premiership thrashing of Neil Lennon’s Hibs at Parkhead a week ago.

Tom Rogic, Olivier Ntcham and Odsonne Edouard, with a clever double, were the goalscorers on a day the Hoops hit the woodwork five times.

The travelling support will be looking for an action replay and CQN’s ace lensmen captured the action from last weekend. Here is the pick of the bunch. 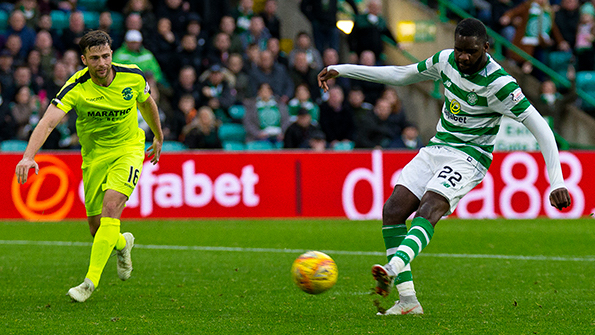 THE KILLER GOAL…Odsonne Edouard sweeps in the fourth strike. 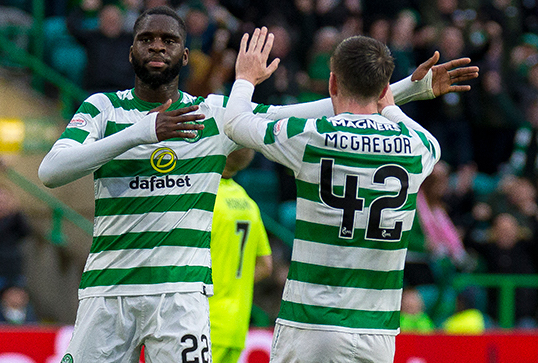 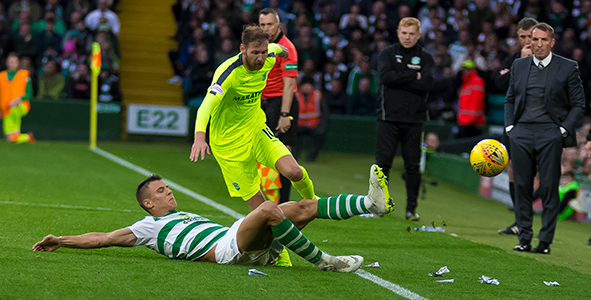 SLIDE IN TIME…Filip Benkovic makes an excellent tackle under the gaze of Brendan Rodgers. 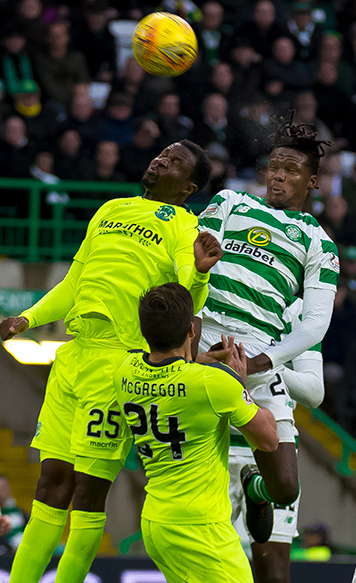 AIR RAID…Dedryck Boyata proves he is the head master. 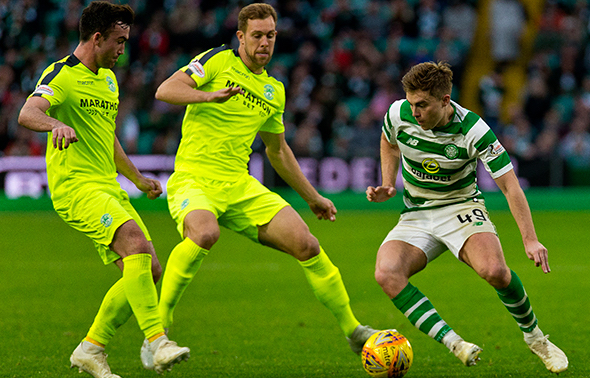 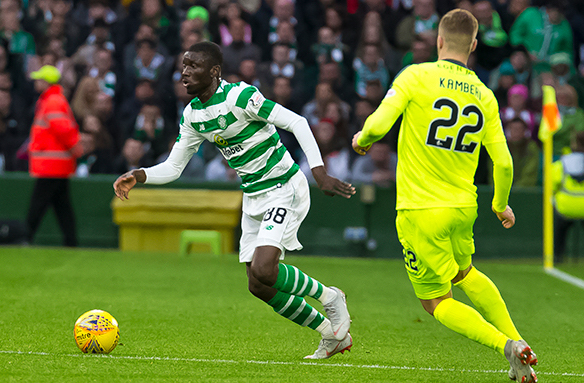 ON THE RUN…Eboue Kouassi has things under control. 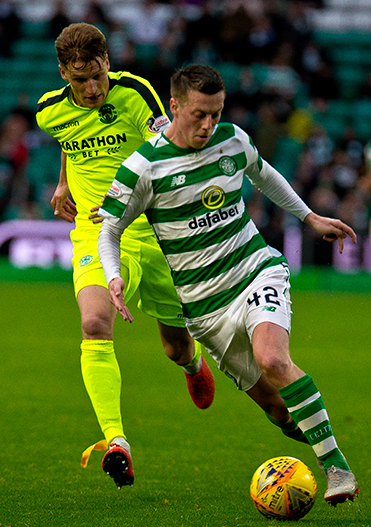 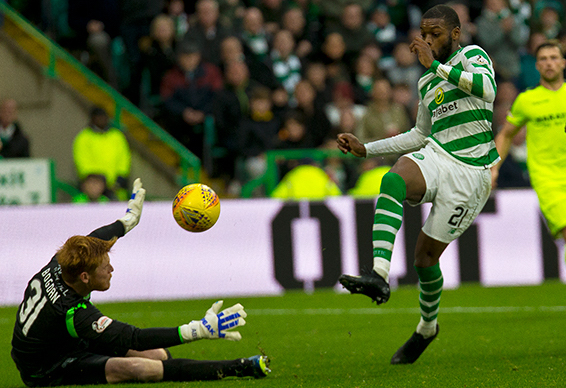 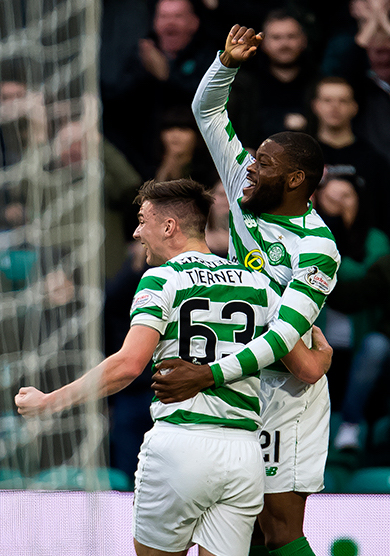 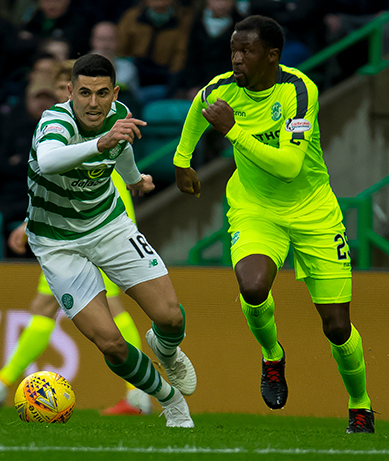 EYES ON THE BALL…Tom Rogic, scorer of the first goal, prepares to make a challenge. 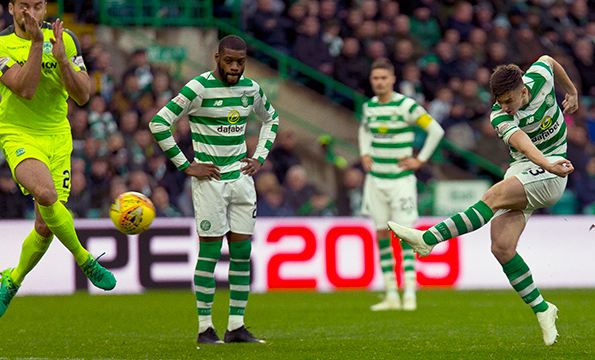 WALLOP…Kieran Tierney thunders in a left-foot effort as Ntcham and Mikael Lustig look on.