EWAN HENDERSON will go down in the Celtic history books as the last player to be given a starting debut when he kicked off his Hoops first team career in the 4-1 Premiership win over Motherwell at the weekend.

The 18-year-old midfielder had made a substitute’s appearance in the 4-0 victory over St Mirren, but he was told 24 hours before Sunday’s game that he would be in the line-up for the visit of the Fir Park side.

Henderson, younger brother of former Hoops prospect Liam, didn’t let anyone down – and was hailed by the Parkhead fans following a Man of the Match performance.

The youngster was calmness personified as he worked up and down the pitch, keeping possession, making tackles and delivering crisp and accurate passes.

He took the spotlight before the interval with the champions winning 1-0 with an astute strike from Scott Sinclair, his 17th of a prolific campaign.

Henderson latched onto a well-timed through pass from Dedryck Boyata and crossed an impeccable ball to the near post where Odsonne Edouard rammed an unstoppable header beyond the static Mark Gillespie.

Despite a controversial goal from Stephen Robinson’s men, it was a case of “all’s well that ends well” when Edouard thundered in a long-range free-kick and Oliver Burke struck a crisp fourth in the fading moments.

You only get one chance to make a first impression and Henderson certainly made the most of the opportunity.

CQN‘s team of ace snappers were there to record the teenager’s memorable first 90 minutes in the Celtic top side. 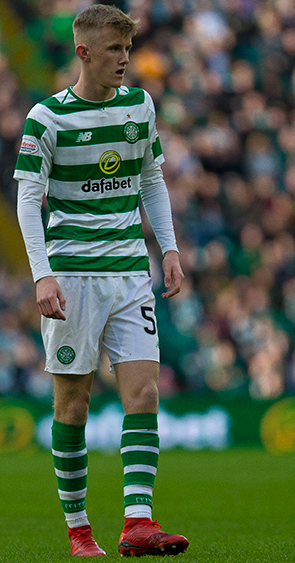 THE THINKER…Ewan Henderson takes stock of the situation. 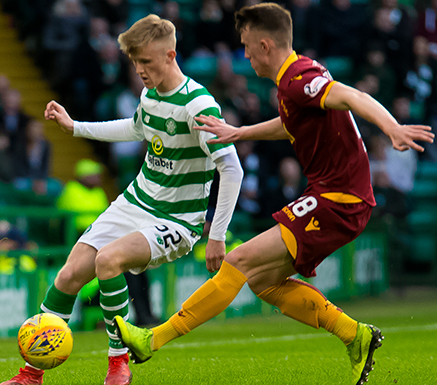 BY THE RIGHT…Henderson takes on a Motherwell defender. 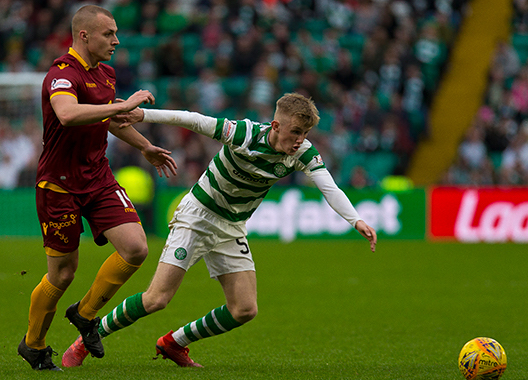 SHOVE OFF…Henderson in a duel for possession. 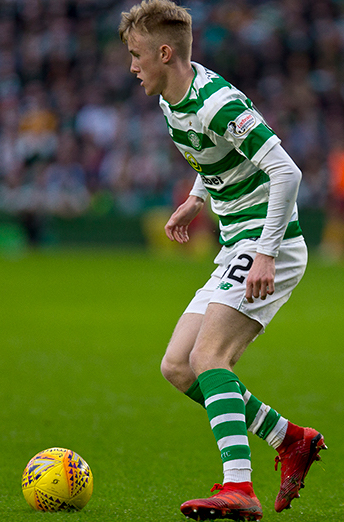 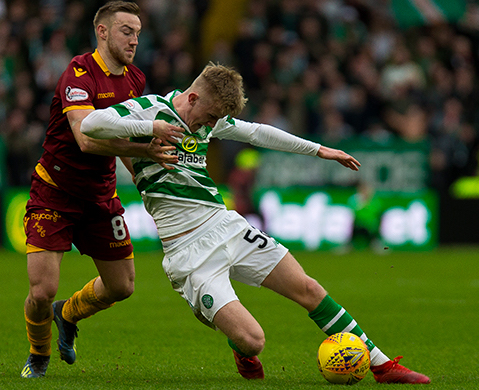 GETTING SHIRTY…Well defender Allan Campbell gets up close and personal with Henderson. 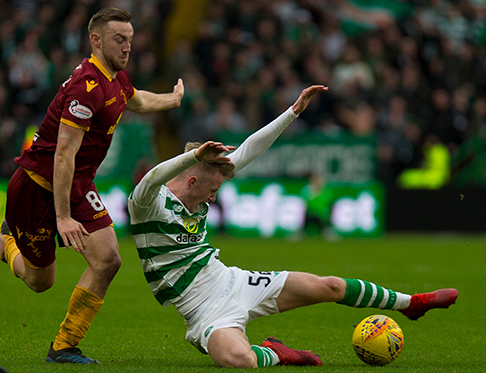 GOING DOWN…Henderson topples to the ground after the attentions of his opponent. 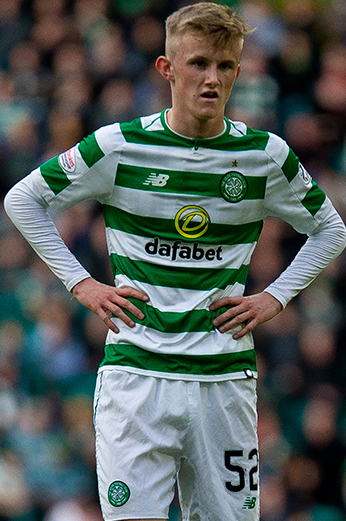 WHAT’S NEXT? Henderson weighs up the situation at a free-kick. 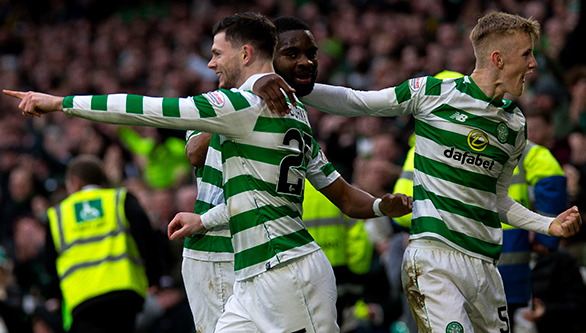 JOY BHOYS…Henderson joins in with Oliver Burke and Odsonne Edouard after the fourth goal. 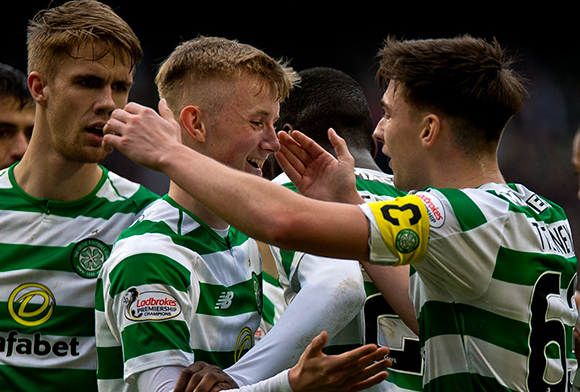 THAT’S MY BHOY…Kieran Tierney congratulates Henderson with Kristoffer Ajer about to join in.

* DON’T miss the unbeatable match report and the best action images from Hearts v Celtic this evening – only in your champion CQN.