SCOTT BROWN became a Century Bhoy last night when he made his 100th European appearance in the 1-1 deadlock with AEK Athens at Parkhead.

It wasn’t the result the Celtic skipper wanted to mark his remarkable achievement as the Greeks held on for a draw in the Champions League qualifier in the east end of Glasgow.

However, with such an inspirational leader as Brown around, you would write off Brendan Rodgers’ side’s chance of getting through to the play-off at your peril.

The second leg at the Olympic Stadium on Tuesday will be tough – but the Hoops powerhouse won’t be shirking from his responsibilities.

CQN captured the first leg action with some dramatic images. 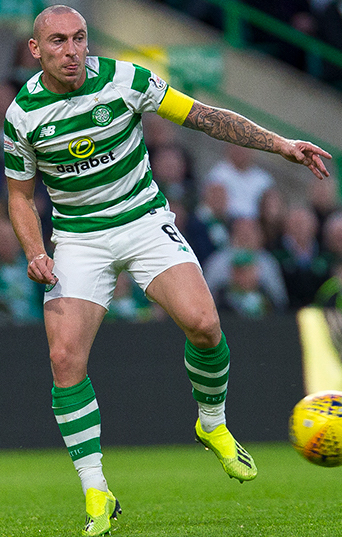 TON-UP BHOY…Scott Brown keeps his eye on the ball. 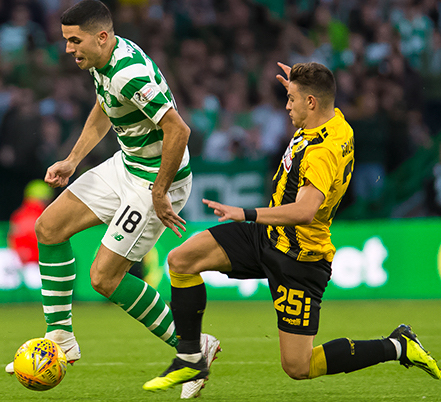 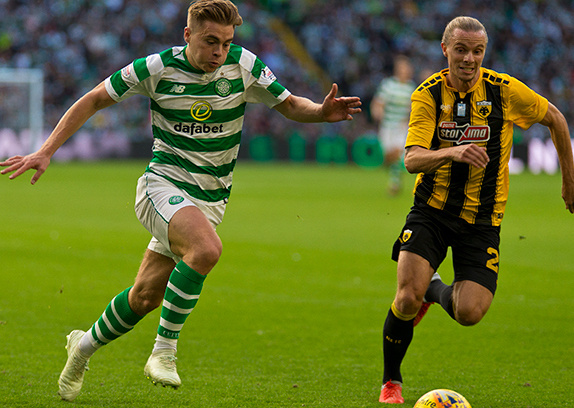 WING WONDER…James Forrest shows his pace as he races away from an AEK opponent. 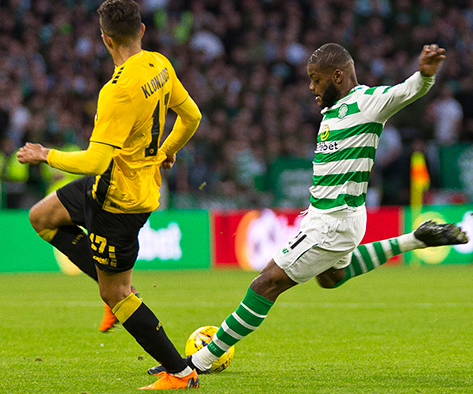 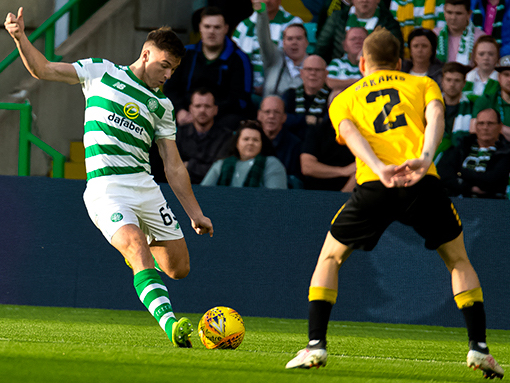 BY THE LEFT…Kieran Tierney piles on the pressure. 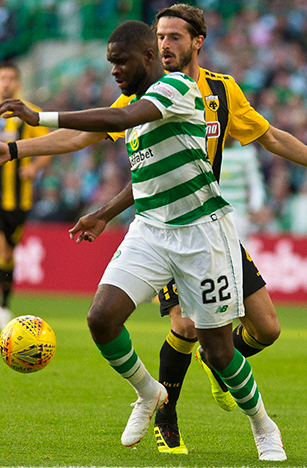 ON THE MOVE…Odsonne Edouard prepares to shoot. 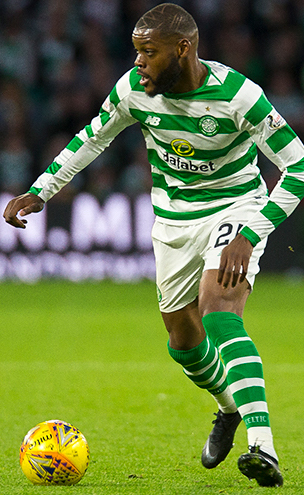 ON THE BALL… Olivier Ntcham probes for an opening. 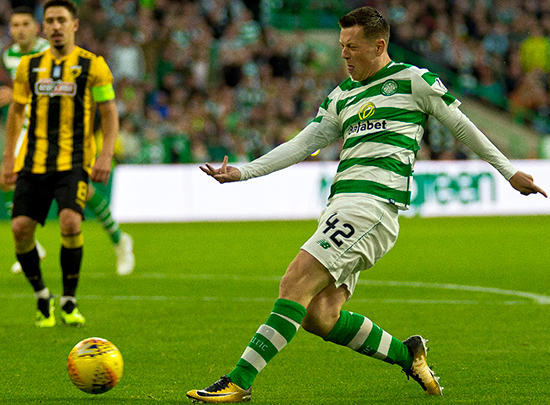 PUTTING ON THE PRESSURE…goalscorer Callum McGregor fires in a shot.