CELTIC’S European adventure kicked off in Armenia on July 10 when Brendan Rodgers’ men overwhelmed Alashkert 3-0 with Odsonne Edouard, newly signed from Paris Saint-Germain for a club record £10million, getting the opening goal on the stroke of half-time.

James Forrest and Callum McGregor added the others to set up a comfortable second leg at Parkhead the following week where the Hoops had an identical score with Moussa Dembele netting two and Forrest also getting on on the act.

That set the scene for another dramatic Continental campaign for the Scottish champions. 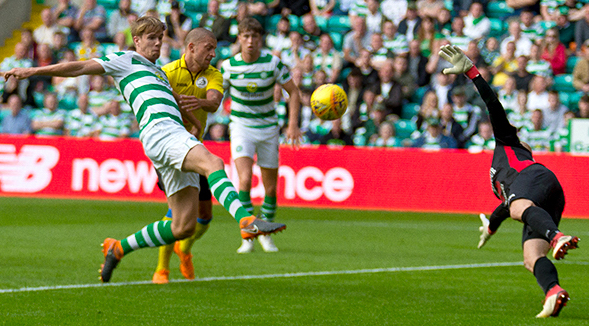 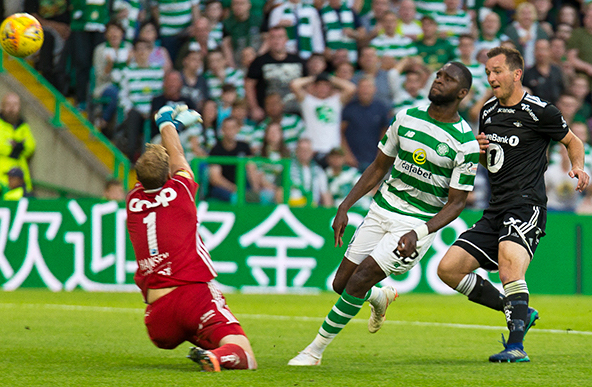 NICE AND EASY DOES IT…Odsonne Edouard flicks the ball over the Rosenborg keeper in the 3-1 win on July 25. 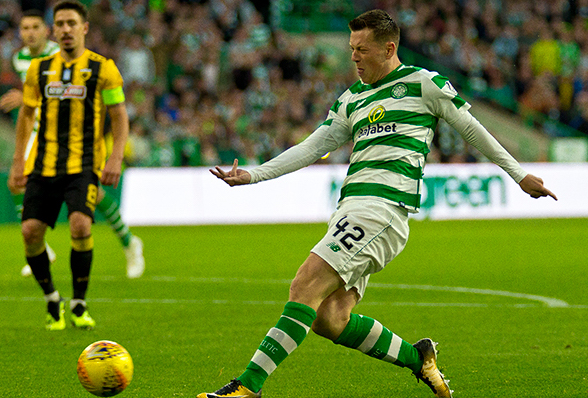 BY THE LEFT…Hoops’ first leg scorer Callum McGregor has a crack at the AEK Athen goal in the frustrating 1-1 draw on August 8. The Greeks ended the Champions League dream by winning 2-1 a week later. 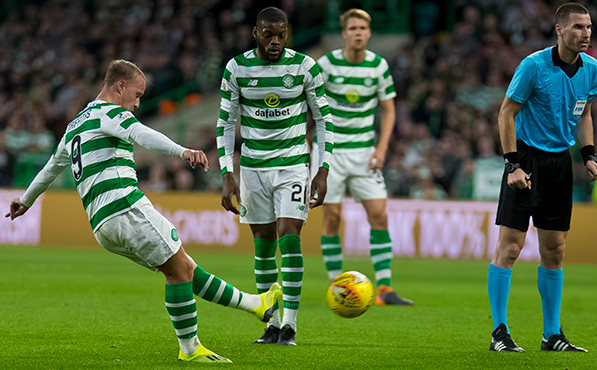 TON-UP BHOY…Leigh Griffiths claims his 100th goal for the Hoops with a smart free-kick against FK Suduva in the 3-0 win on August 30. Celtic qualified for the Europa League group section on a 4-1 aggregate. 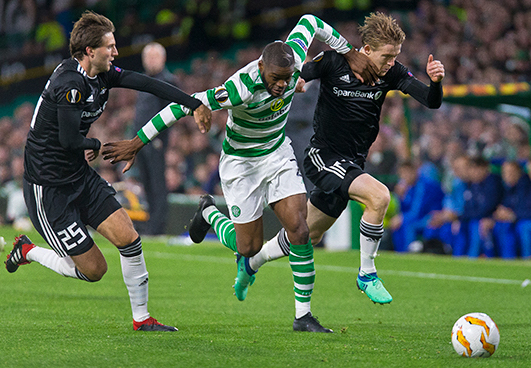 ON THE RUN…Olivier Ntcham bursts between two Rosenborg defenders in the 1-0 win on September 20. 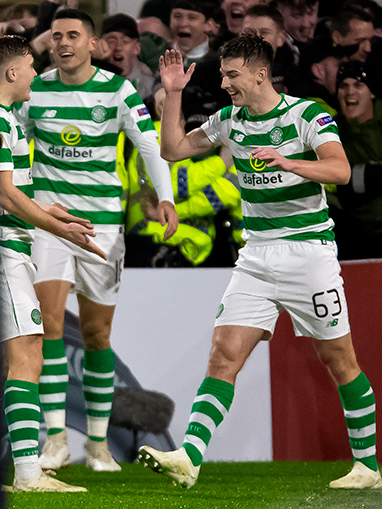 JOY BHOY…Kieran Tierney is congratulated after his goal against RB Leipzig in the 2-1 win over the Germans at Parkhead on November 8. 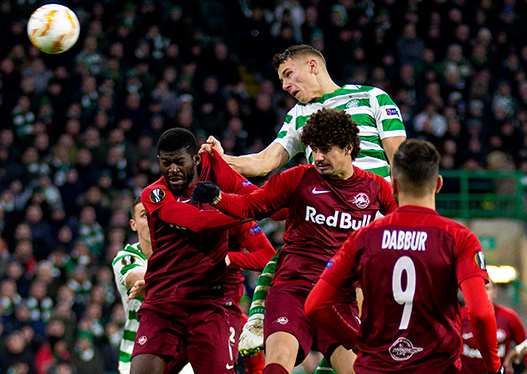 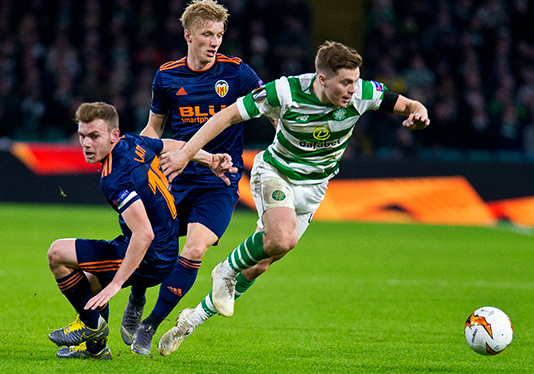 ON THE RUN…James Forrest skips past two Valencia defenders as he races down the wing. The Spaniards won 2-0 on February 14.