Celtic Quick News on News Now
You are at:Home»In Pictures»IN PICTURES: DUFFY IN DREAMLAND
By CQN Magazine on 13th September 2020 In Pictures

SHANE DUFFY scored a trademark header to open his account on his Celtic debut in the 5-0 thumping of Ross County in Dingwall yesterday.

The Republic of Ireland international defender thundered in the Hoops’ third goal as he made a powerful connection with Callum McGregor’s right-wing corner-kick.

Duffy, who has joined his boyhood idols on a season-long loan from Brighton, joked as he told the Sunday Post: “I haven’t checked my phone yet, half of Derry is probably texting me!

“Damien Duff texted me and said: ‘I know it’s not what you dreamed of, going to Dingwall in front of 300 fans playing for Celtic’.

“But it was still a special moment. This year has been crazy, but it is something I’ll look back on with immense pride that I’ve got to play for this club.

“It was something I’ve always wanted to do and now I’ve done it.

“I’ll be proud when I look back and reflect on the game, and my mum and dad will be proud.

“I’m happy it’s sort of over with now and I can just focus on the rest of the season.” 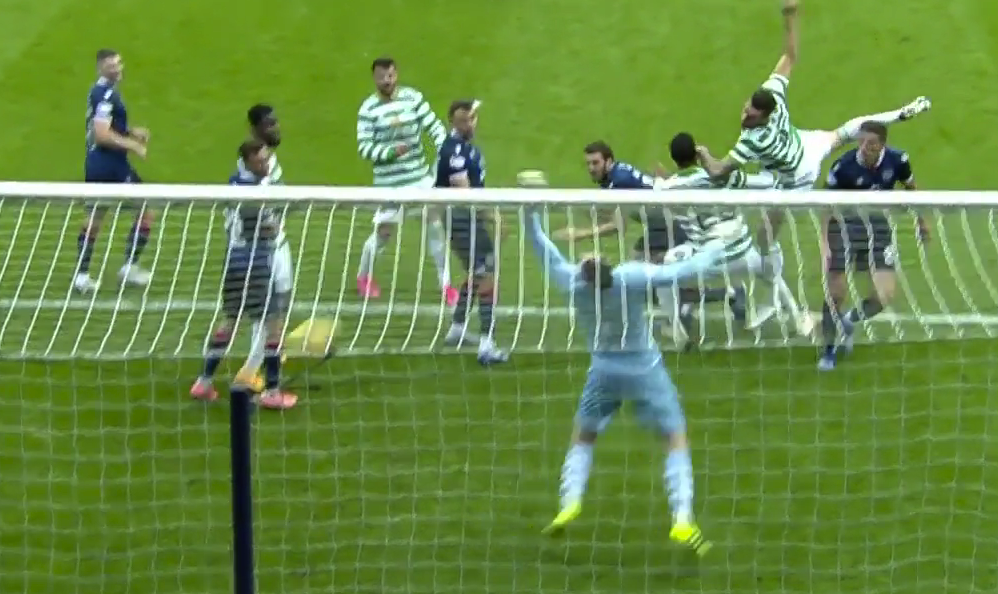 The 28-year-old centre-back added: “I’ve only had three or four sessions with them, so that was only the second time we had played in a back three after doing it a bit on Friday.

“I’ve been very excited coming in. I didn’t know much about the lads.

“Obviously, I have watched them, but it’s completely different when you’re playing with them.

“You can see there are some great players there, it’s just about getting it to gel. It’s tough for the gaffer to only pick 11 players, I’m happy it’s him and not me.

“Everyone is in the same boat. Even the ones who are missing out are disappointed, but they are all backing you, they know how important it is this season.

“If it happens to me I’ll be the same. I think the competition pushes you and that’s what we need to go on and have a successful season.”

Duffy is likely to go into action against when the nine-in-a-row champions travel to Paisley on Wednesday to take on Jim Goodwin’s side who were thumped 3-0 at home by Hibs after they were forced to play emergency signing Bobby Zlamal, from Hearts in goal, after their three keepers had been sidelined due to coronavirus precautions.

Here are the images that marked Duffy’s magical moment in the 59th minute in the Highlands. 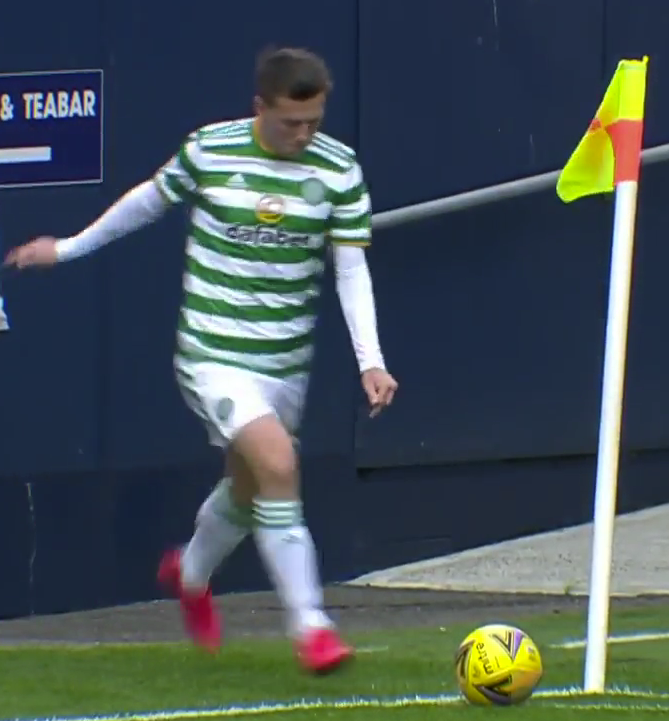 CORNER BHOY…Callum McGregor shapes up to the take the kick. 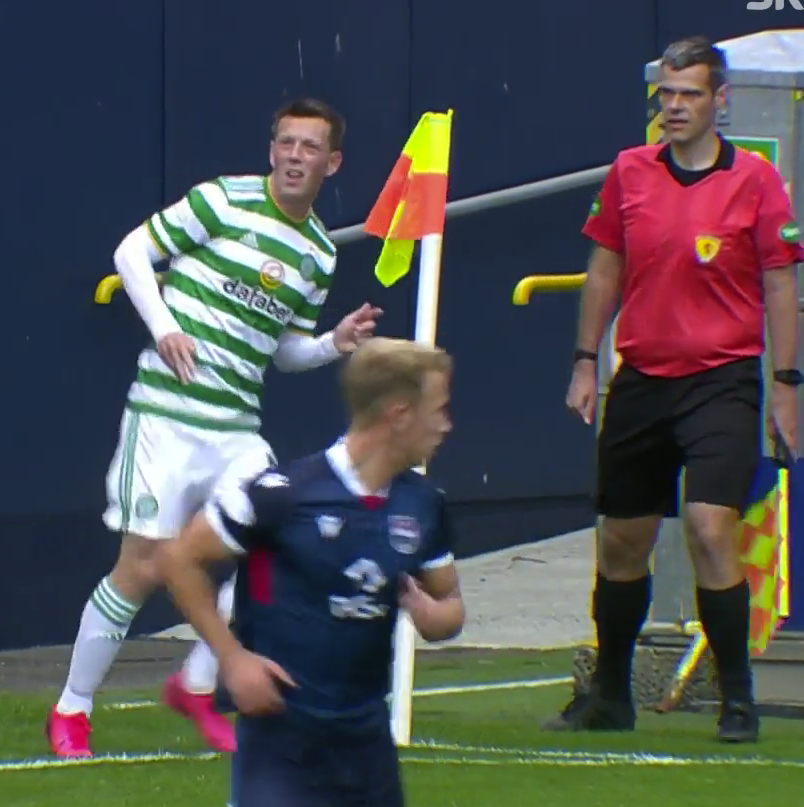 ON ITS WAY…the midfielder admires his handiwork. 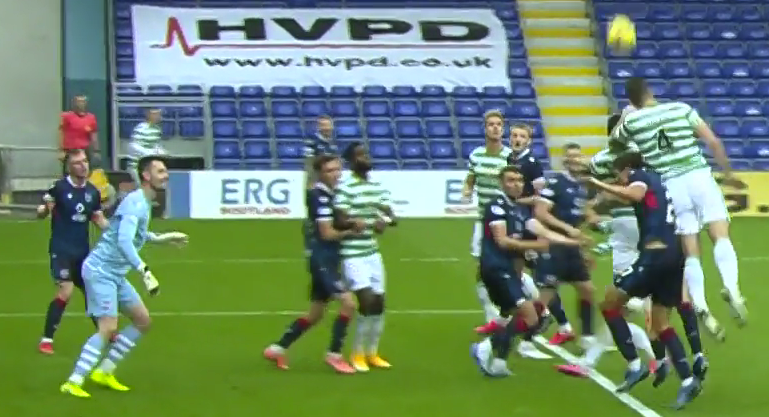 HIGH AND MIGHTY…Shane Duffy rises above friend and foe to reach the cross. 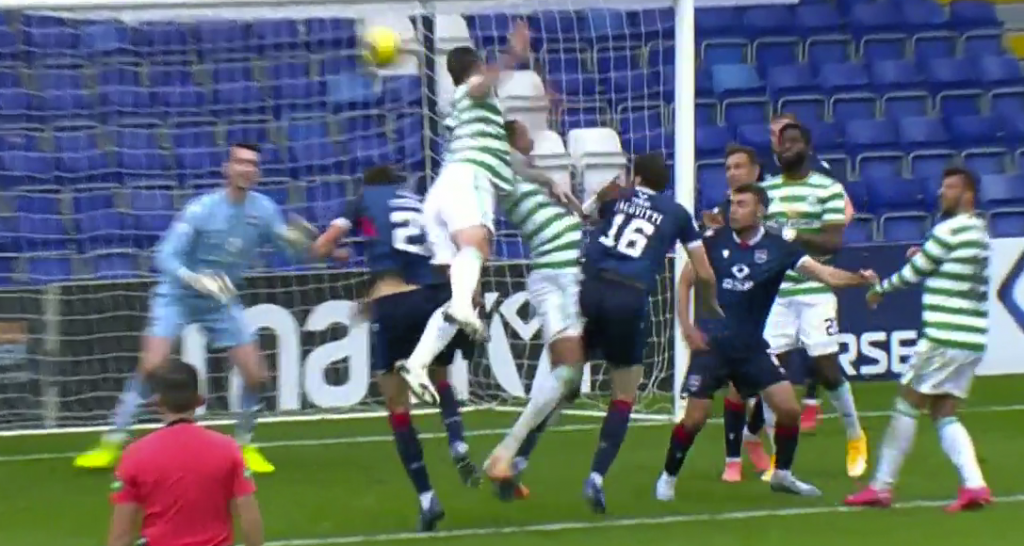 THUMP…Duffy makes contact as the ball hurtles towards the Ross County net.

CRASH…keeper Ross Laidlaw doesn’t move as the ball hammers into the back of the net.

TAKE THAT…Duffy runs away leaving Chritopher Jullien with a worm’s eye view of the moment. 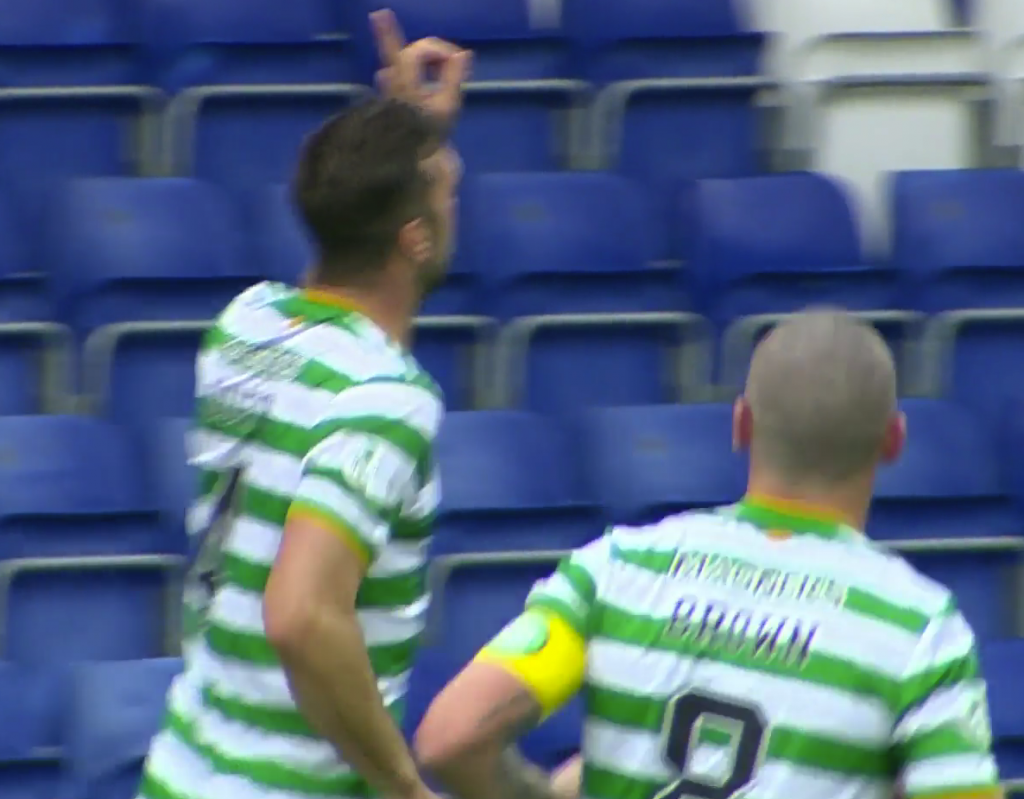 LAP OF HONOUR…Duffy signals the goal with skipper Scott Brown about to congratulate him. 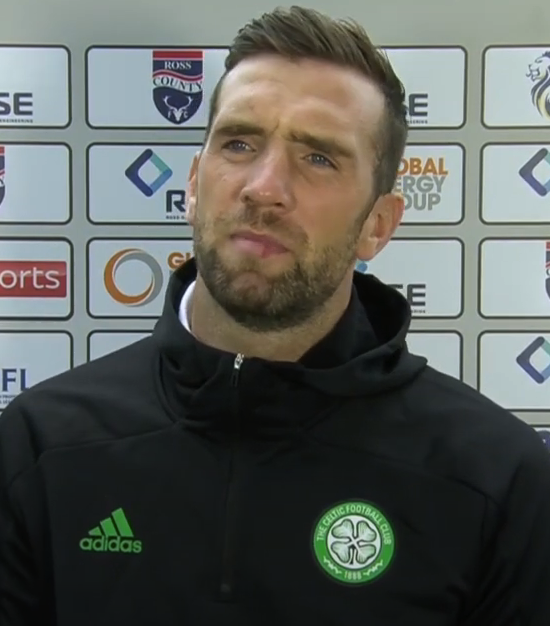 HAPPY BHOY…Shane Duffy talks about his debut goal after the 5-0 win.