CELTIC will face Rosenborg for the fourth time this season when they meet in the crucial Europa League Group B encounter in Trondheim tonight.

So far the Hoops have won twice – 3-1 and 1-0 in Glasgow – and drawn 0-0 away. This evening promises to be another test against the team that have just been crowned Norwegian champions for the fourth successive season.

As preparations are under way for the 5.55pm kick-off, CQN looked back at the two previous encounters at Parkhead. Here is the pick of the pics from our ace lensmen. 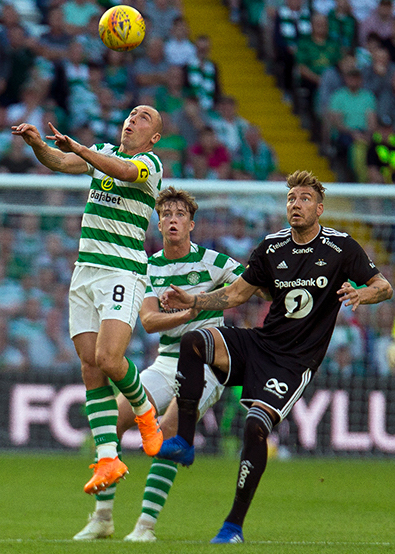 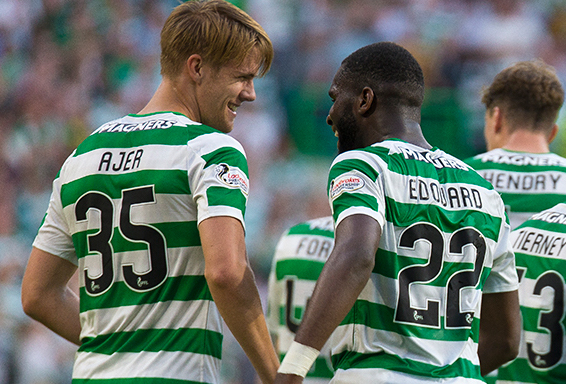 CELEBRATIONS…Kristoffer Ajer and Odsonne Edouard look happy after the French star’s opener in the July meeting. 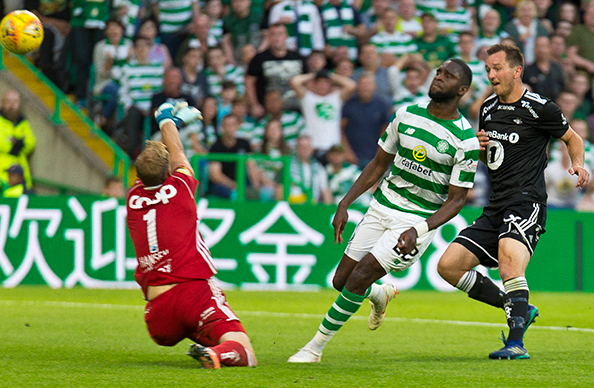 FRENCH FANCY…Edouard deftly lifts the ball over the keeper for the second goal. 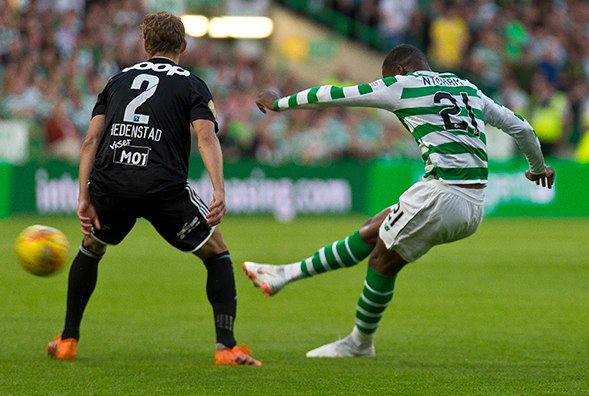 BY THE RIGHT…Olivier Ntcham curls in the third goal in the 3-1 win. 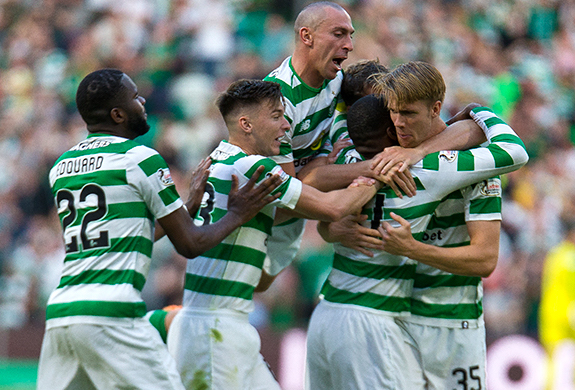 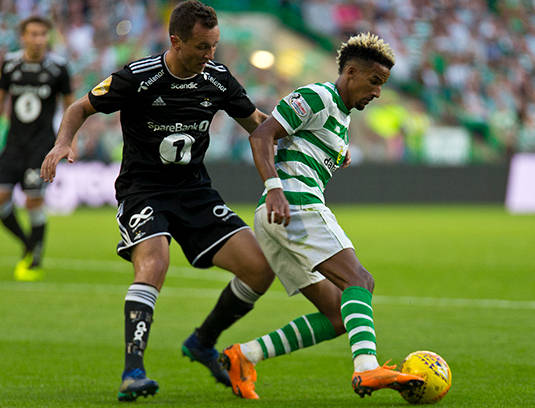 ON THE BALL…Scott Sinclair bamboozles a Norwegian defender. 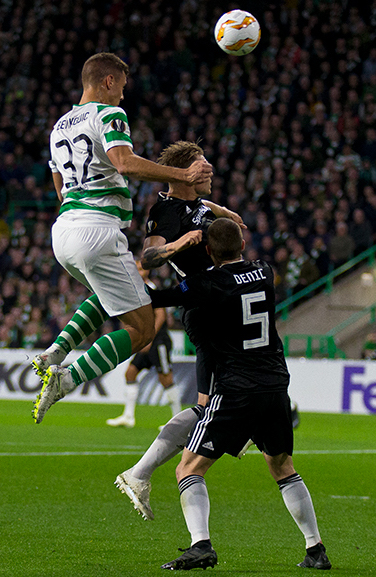 RISE AND SHINE…Filip Benkovic gets up above the Rosenborg defence in the Europa League clash. 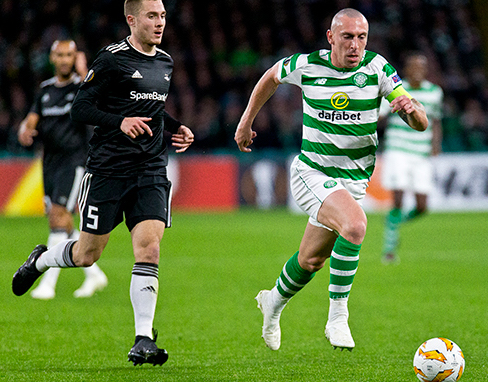 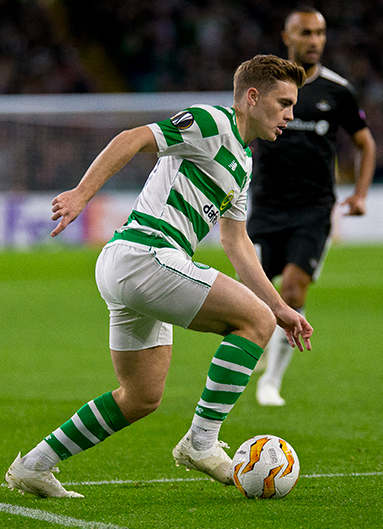 TOUCHLINE TRICKERY…James Forrest gets into his stride. 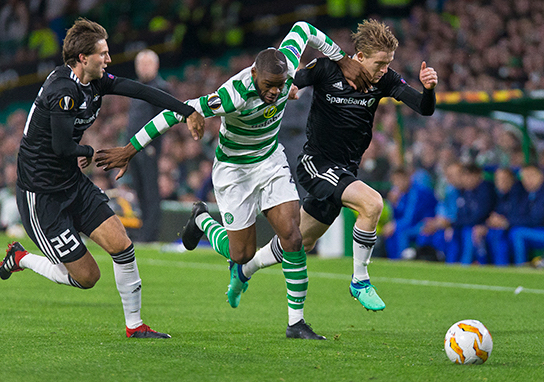 TWO AGAINST ONE…Olivier Ntcham doesn’t mind the odds as he bursts forward. 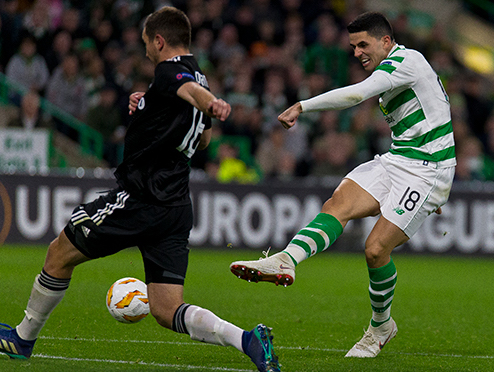 WALLOP…Tom Rogic fires in a drive with a Rosenborg defender too late to block the effort.