CELTIC prepared for Thursday’s Europa League test against Rosenborg in Trondheim with a three-goal romp against Hamilton Accies at the Hope CBD Stadium yesterday.

It was a one-sided triumph that lifted the champions to a two-point advantage at the pinnacle of the Premiership as they continue their bid for eight titles in succession.

CQN‘s ace lensman Geo was there to capture the action. Here is the pick of the pics. 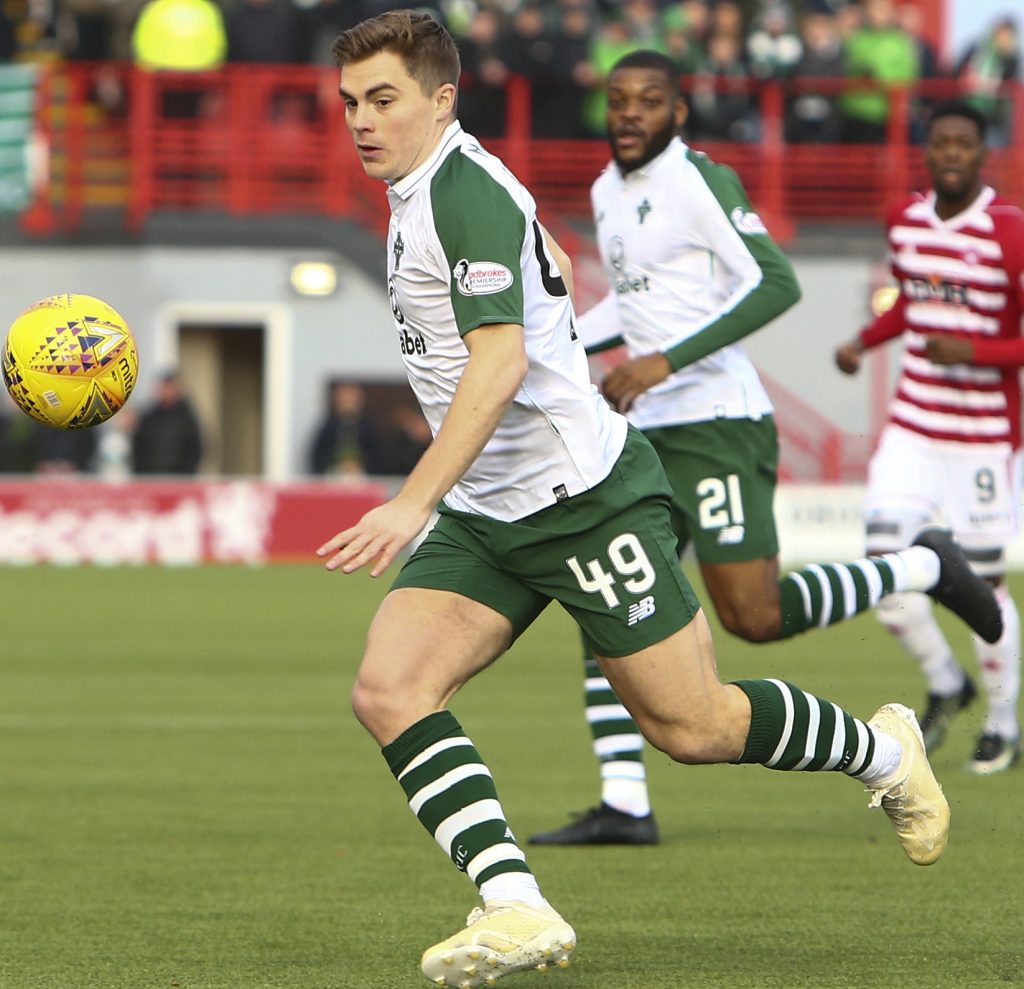 ON THE RUN…James Forrest, watched by Olivier Ntcham, is a study in concentration. 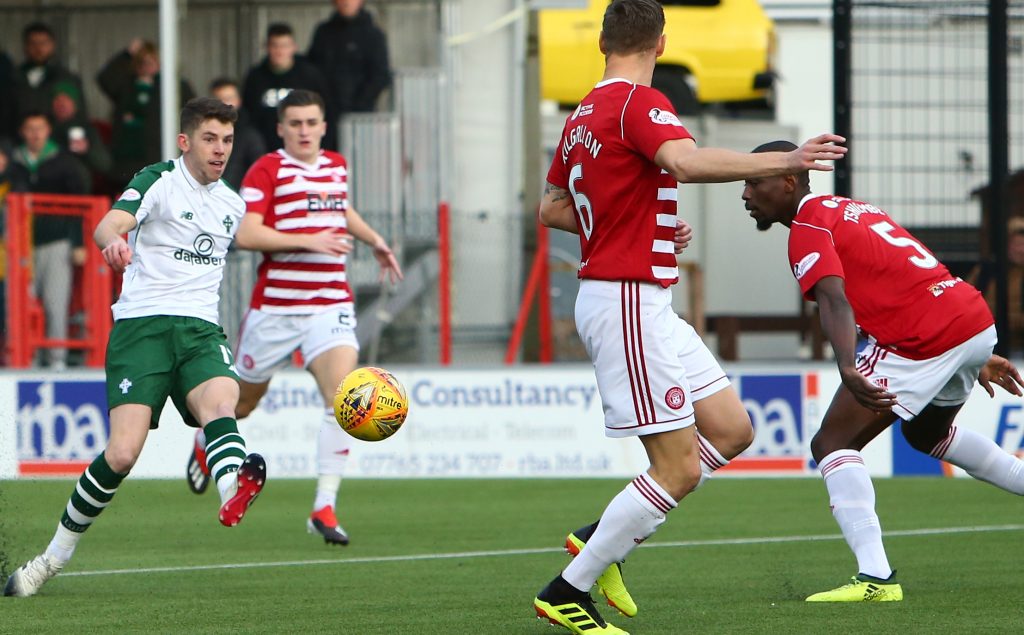 BY THE LEFT…Ryan Christie isn’t bothered by the odds of three to one as he gets in a shot. 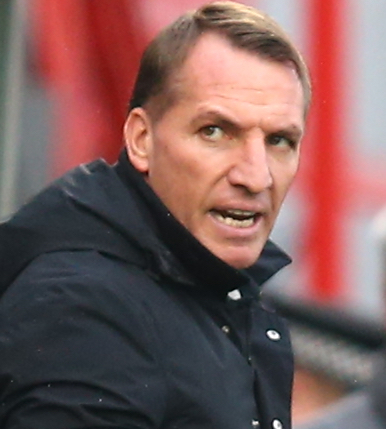 NOT-SO-JOLLY-RODGERS…the Celtic boss is clearly unhappy at the lull in play as the home side try to find a suitable ball. 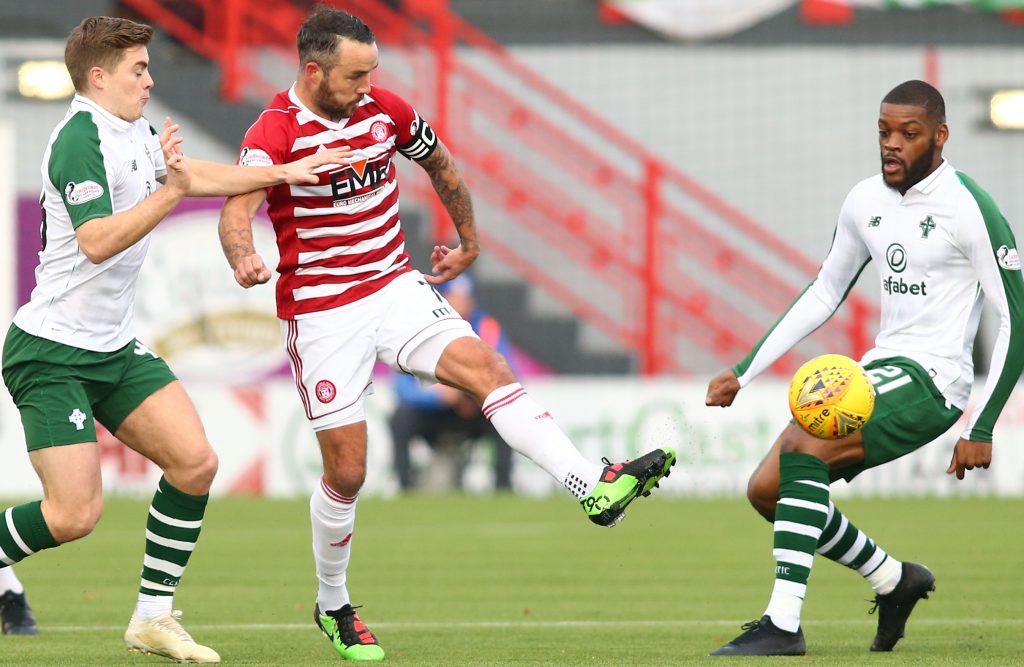 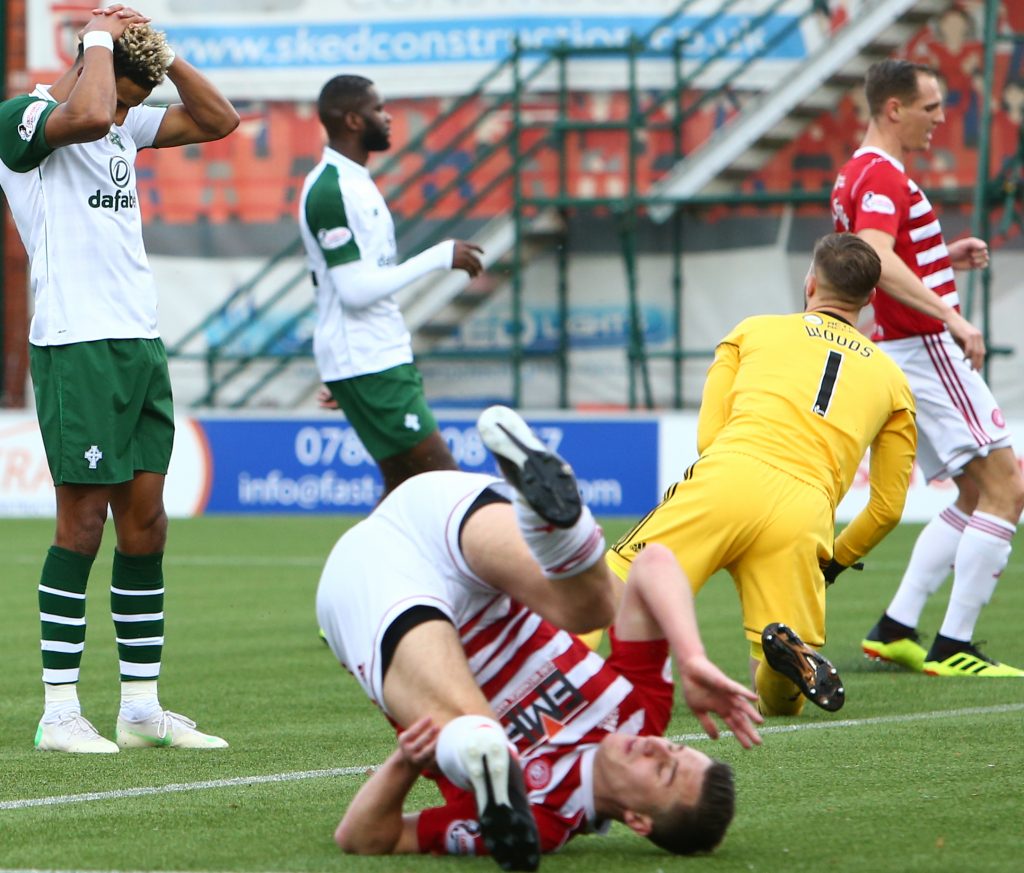 BUMPS-A-DAISY…Scott Sinclair holds his head in his hands after being thwarted by keeper Gary Woods while an Accies defender takes a tumble. 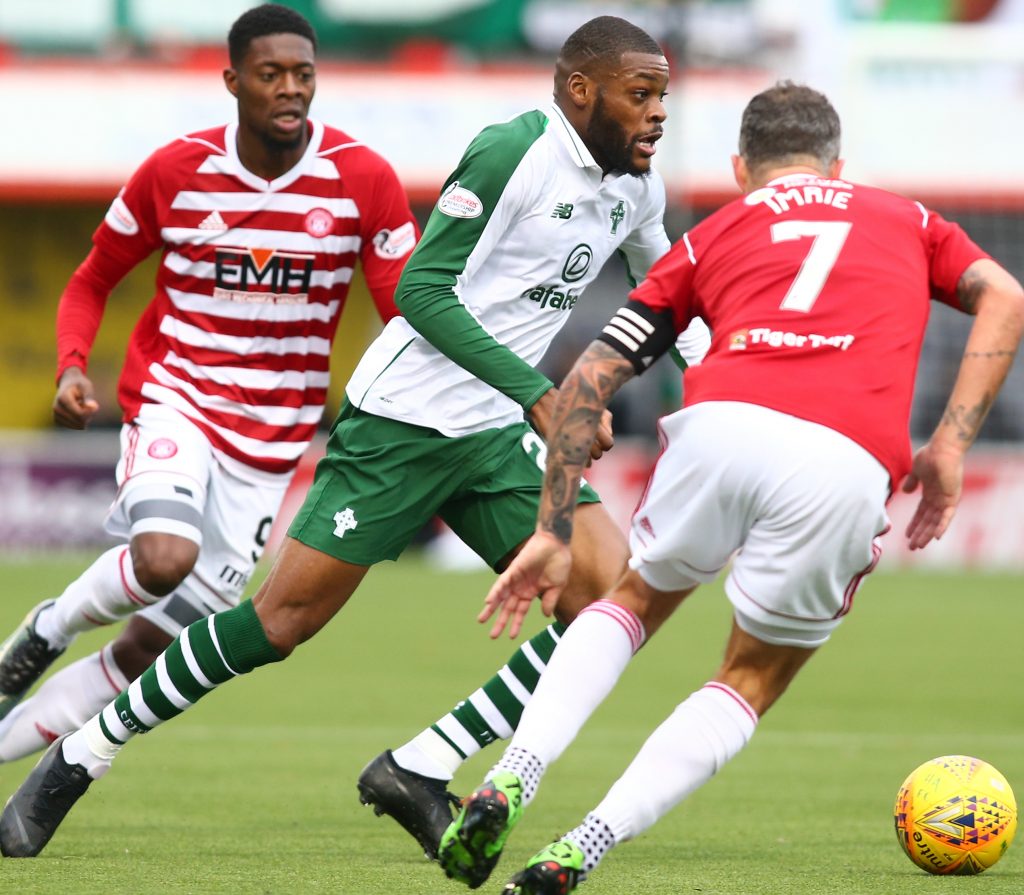 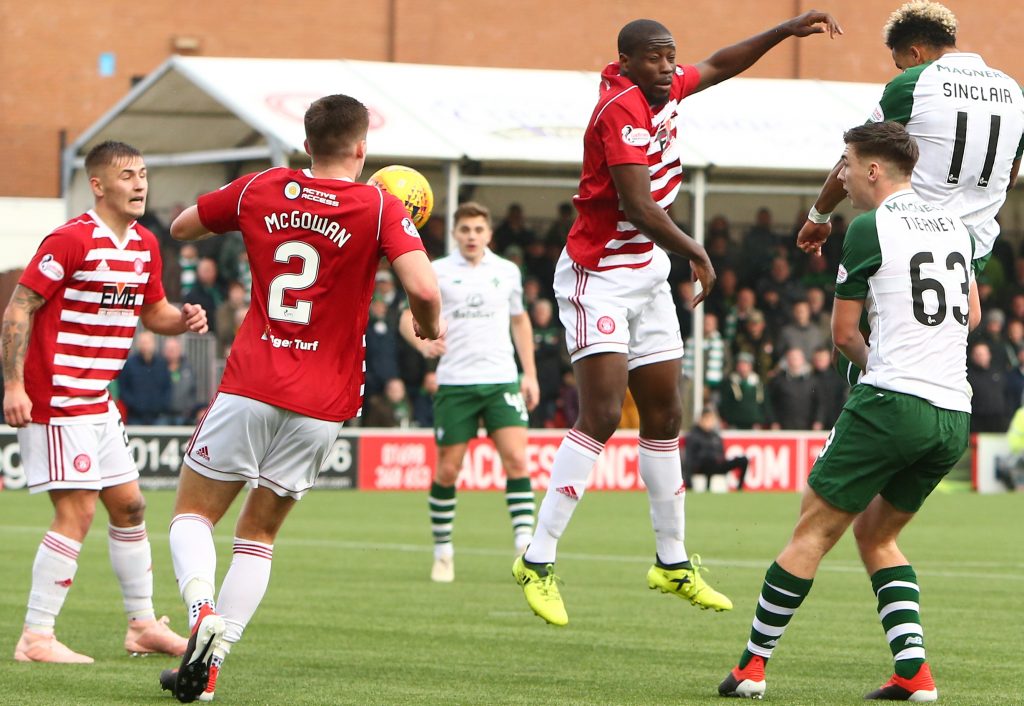 HEADS I WIN…Scott Sinclair rises to send in a header that glances off Accies defender Scott Martin (extreme left) on its way into the net for the second goal.

AIR WE GO…the towering Filip Benkovic gets up high to clear.

BACK IN THE OLD ROUTINE…comeback Bhoy Leigh Griffiths thumps in No.3 from a free-kick. 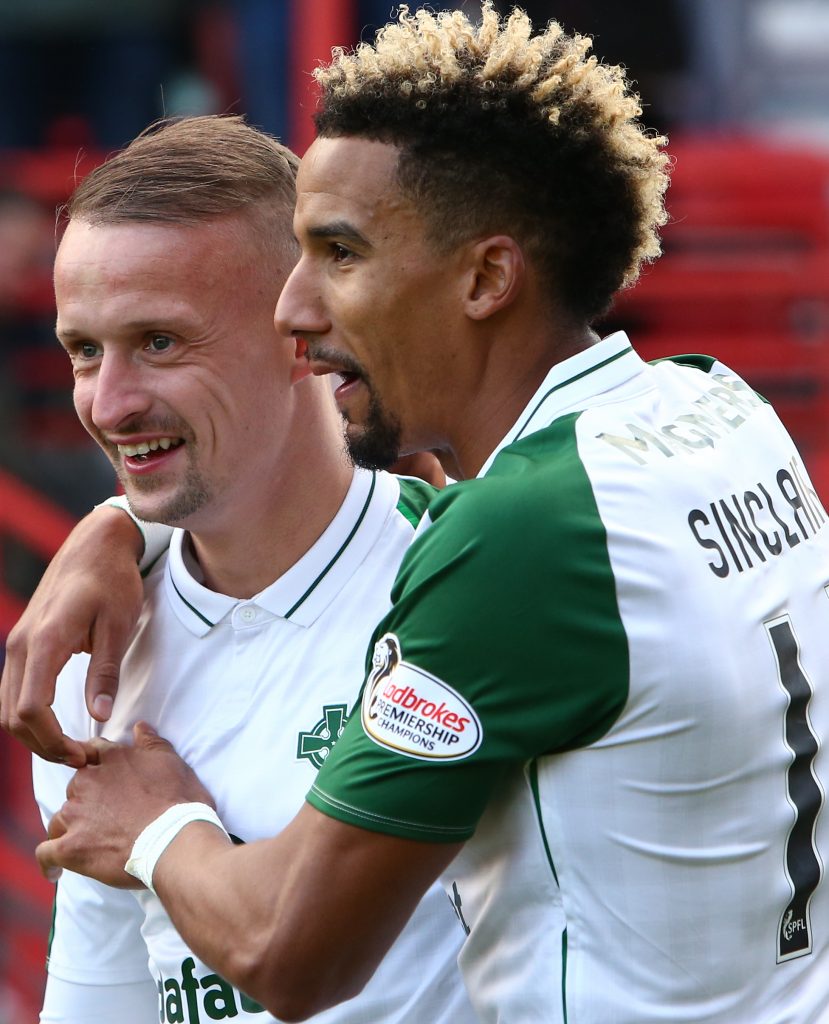 A ROUND OF APPLAUSE…Leigh Griffiths thanks the fans for their rousing reception. 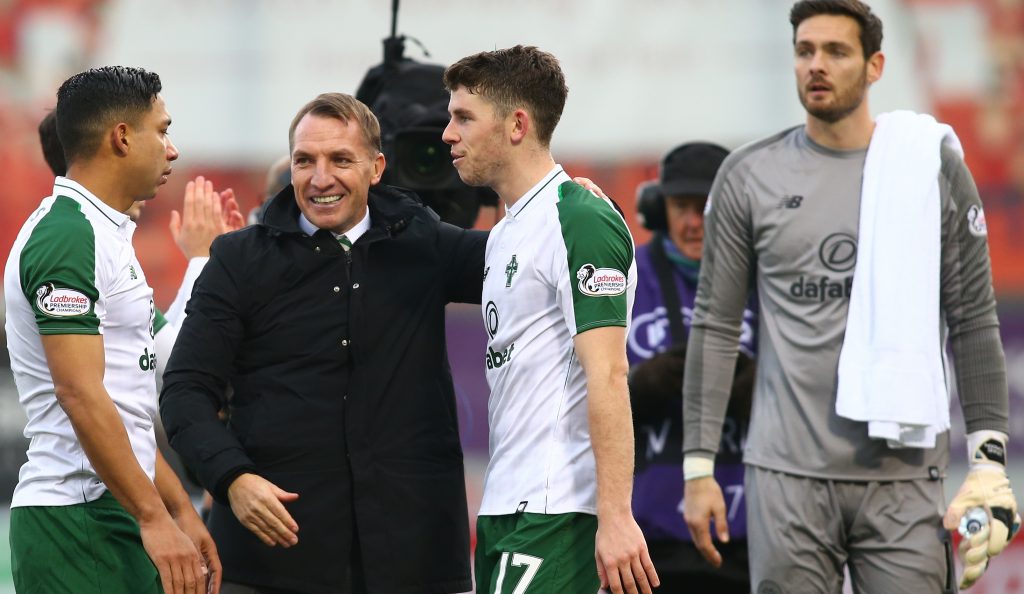 THREE’N’EASY…Brendan Rodgers smiles at the end  of a job well done with Emilio Izaguirre, Ryan Christie and Craig Gordon joining in. 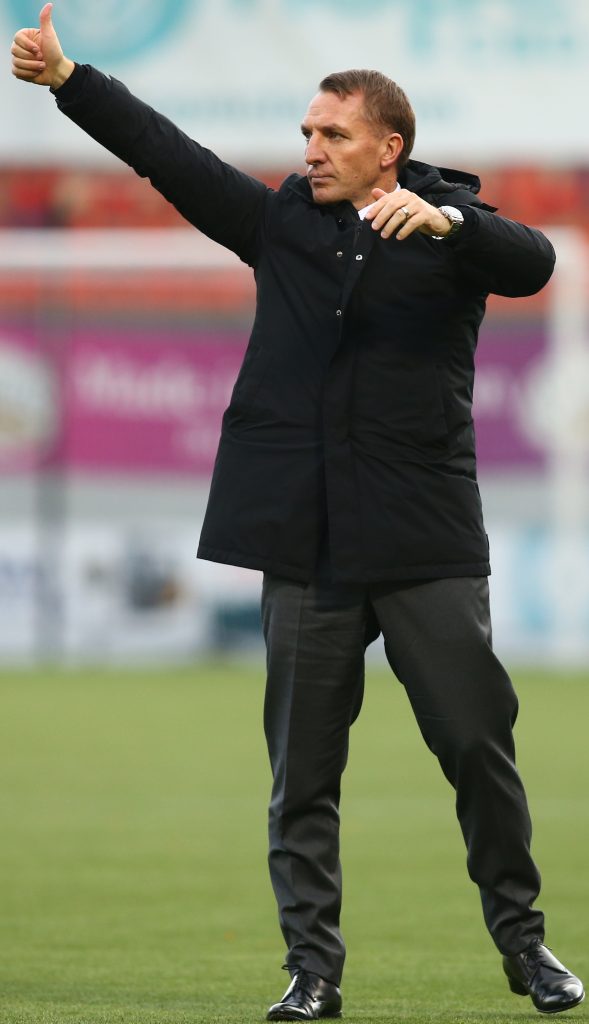 THUMBS UP…Brendan Rodgers thanks the fans for their support as the title surge is maintained. Pics: Geo.