EXACTLY fifty-one years and three days before the Premiership visit to Hamilton yesterday, Celtic scored TEN goals against Accies in a League Cup quart-final romp at Parkhead, as CQN reported.

On this occasion, though, the Hoops had to be content with a 1-0 victory over the same opponents – but no-one was complaining about the lack of an avalanche of goals. James Forrest’s early opportunist effort brought in three more points and clocked up Neil Lennon’s side’s considerable feat of five successive league wins since the campaign kicked off with the 7-0 thrashing of St Johnstone on Flag Day.

The winger’s textbook near-post strike was the eight-in-a-row champions’ 18th goal over the period while comeback keeper Fraser Forster had another clean sheet to add to the one two weeks earlier at Ibrox.

The encounter also gave Lennon the opportunity to parade new loan signing Mohamed Elyounoussi who was involved in the lead-up play to the matchwinner. The attacker started well, but, understandably, tired in the second-half before being withdrawn. The game against gallant Accies was a rare start for the Moroccan-born Norwegian international in 2019.

All said, not a bad day for Scotland’s title kings in their visit to South Lanarkshire.

CQN‘s ace lensemen were there to capture the action. Here is the pick of the pics.

GOING…James Forrest gets in ahead of the Accies defence to get his foot to the left-wing cross from Mohamed Elyounoussi (grounded on right).

GOING…the ball is on its way to its destination.

GONE…keeper Owain Fon Williams is helpless as Forrest’s effort zips past him. 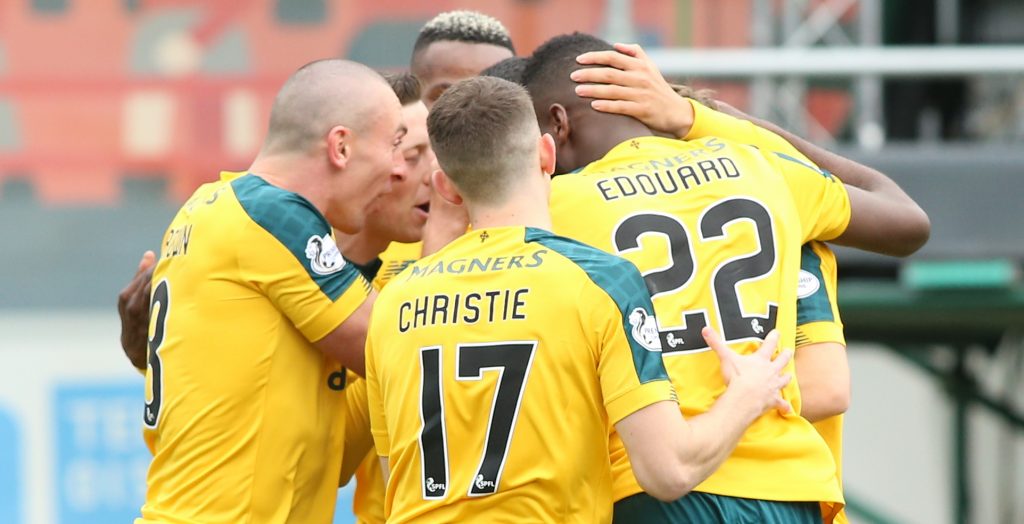 GLEE…Forrest is engulfed by delighted team-mates. 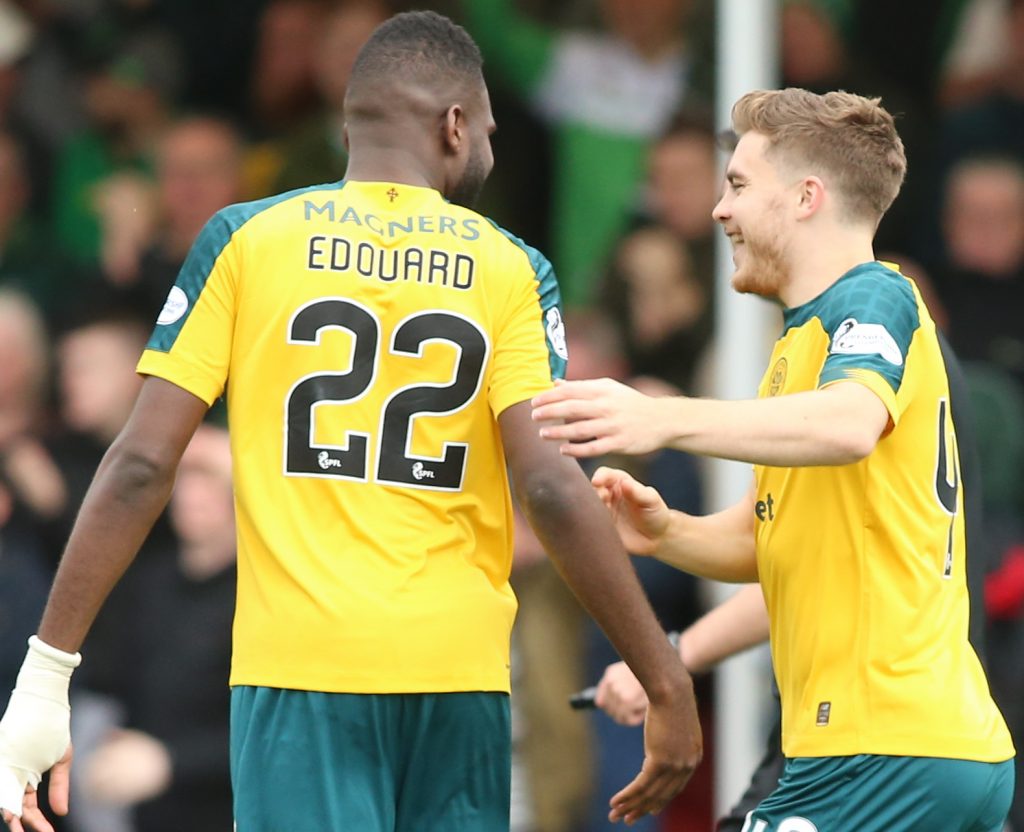 GRIN OF A MATCHWINNER…Forrest shows his joy as Odsonne Edouard joins in. 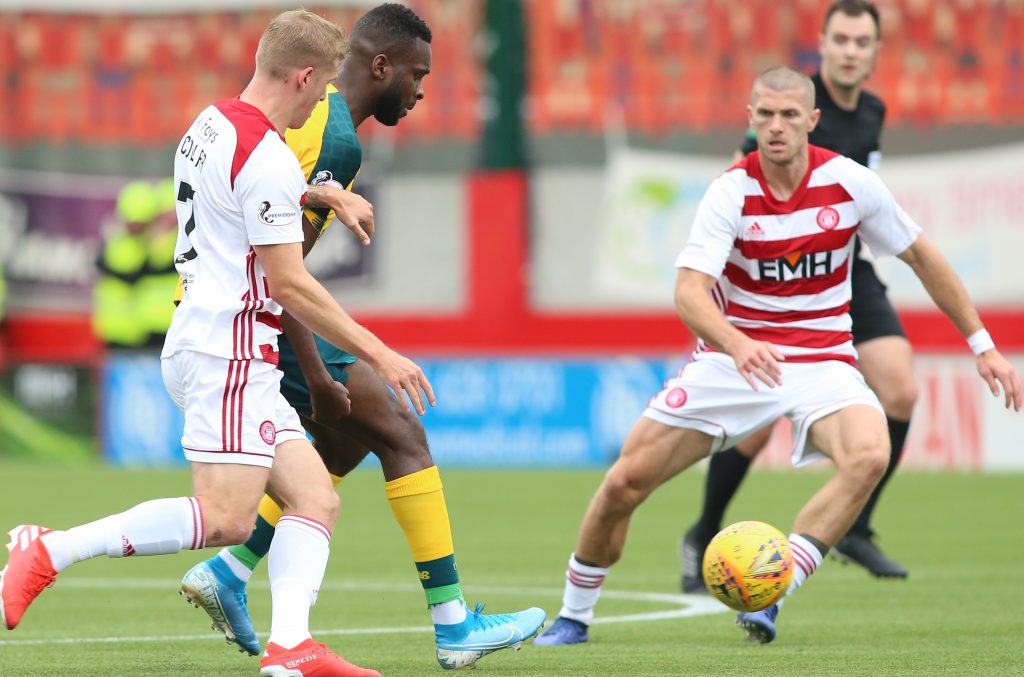 ON THE RUN…Odsonne Edouard takes on two Accies defenders. 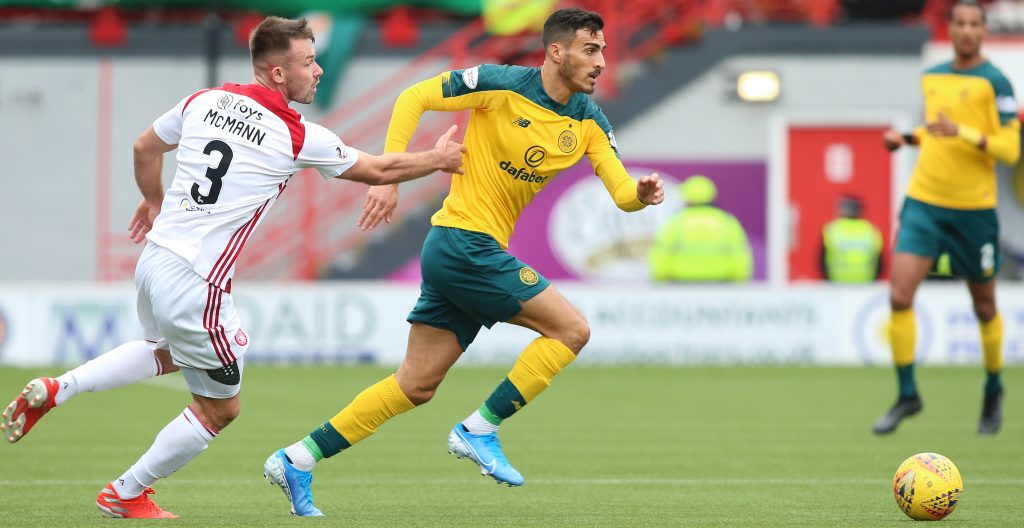 SEE YOU LATER…Hatem Abd Elhamed races away from Scott McMann. 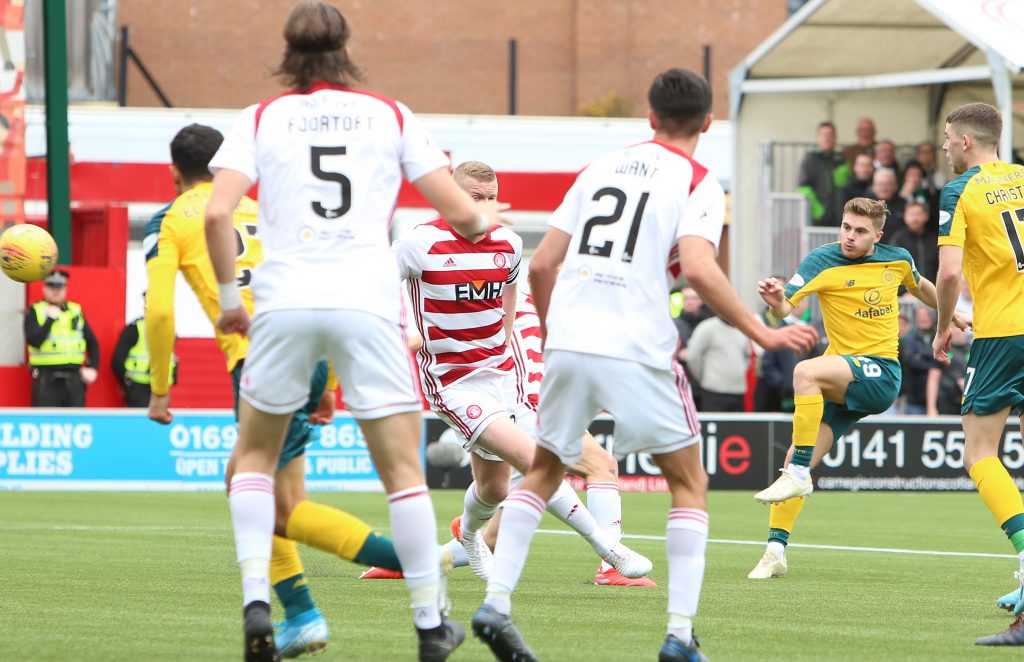 TOUCH WOOD…James Forrest lashes in a second-half effort that cannons off the crossbar. 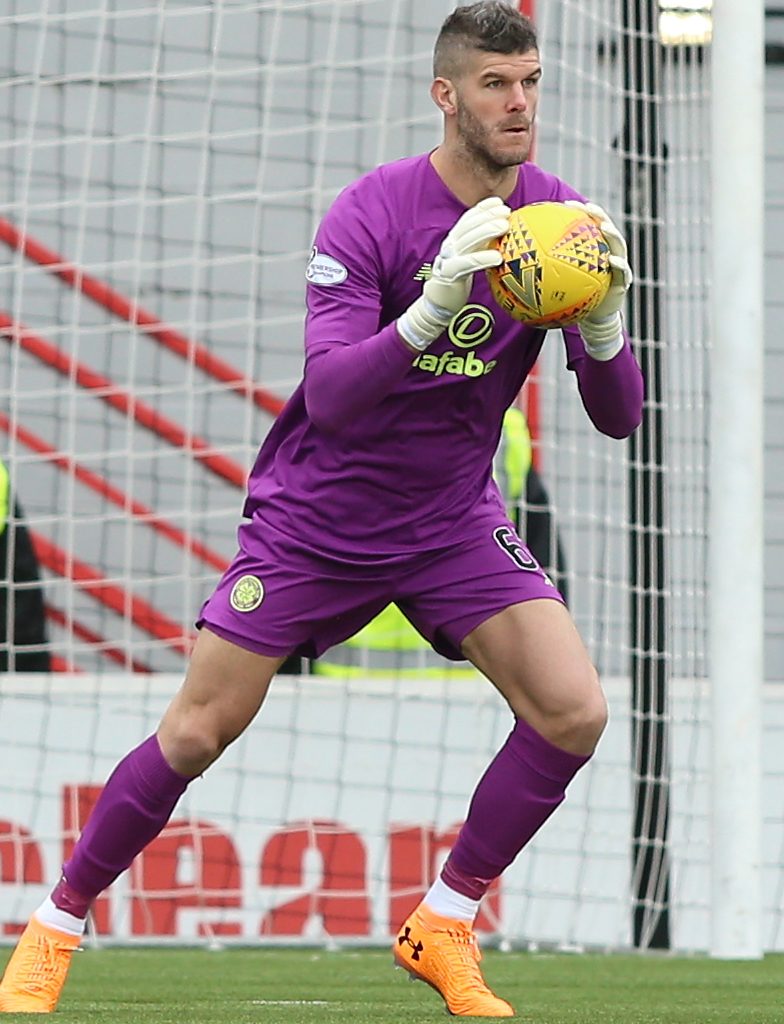 SAFE HANDS…Fraser Forster gets a rare touch of the ball in a one-sided encounter. 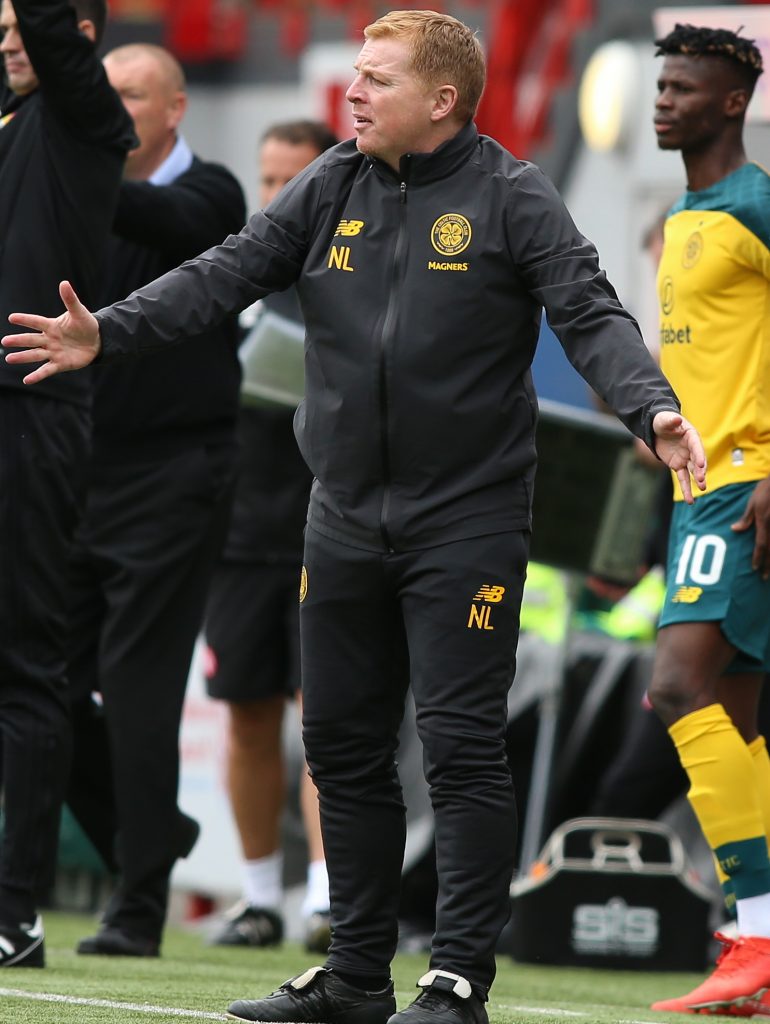 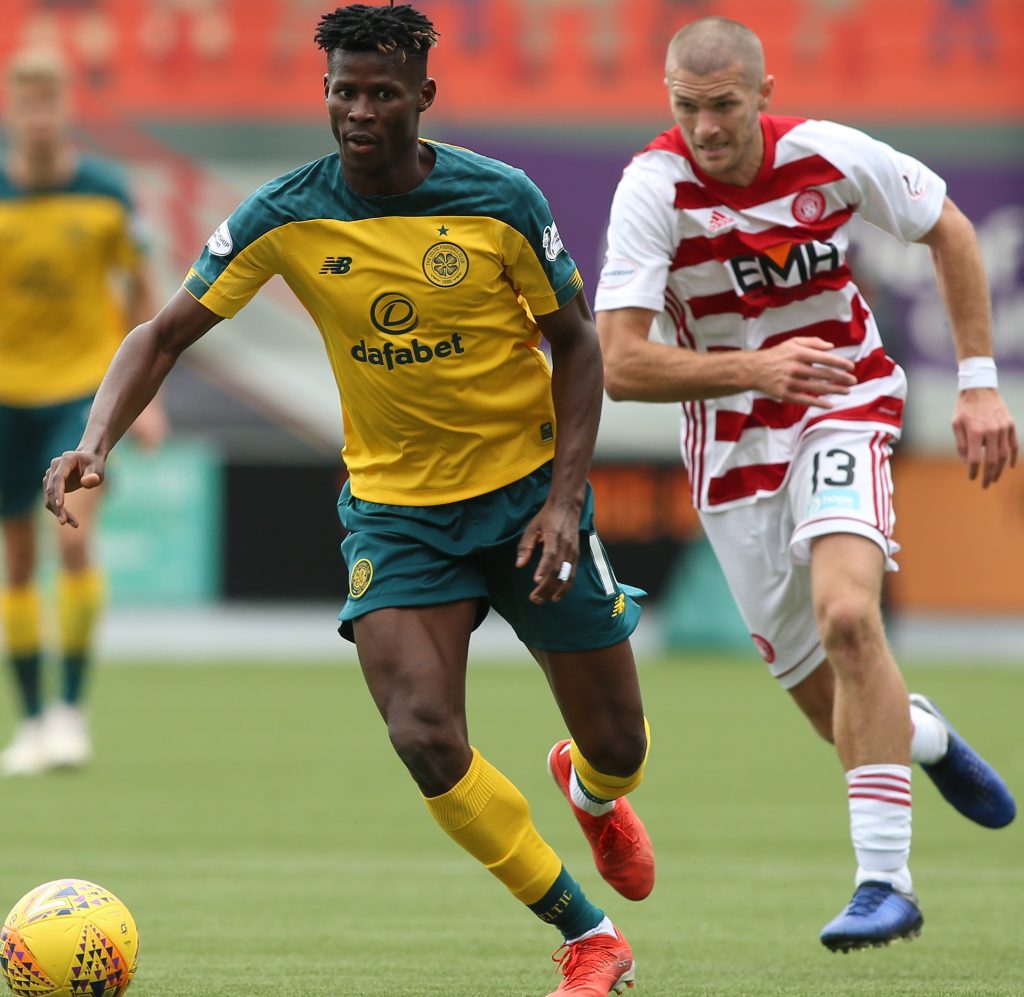 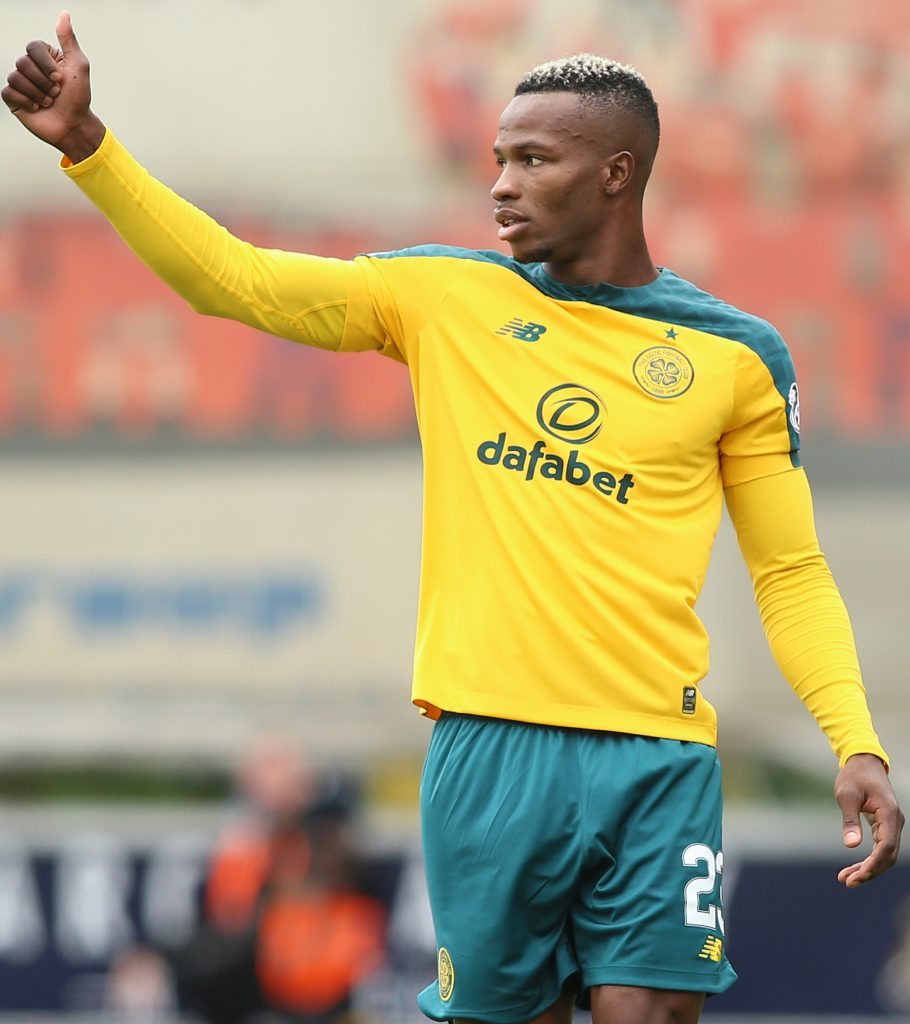 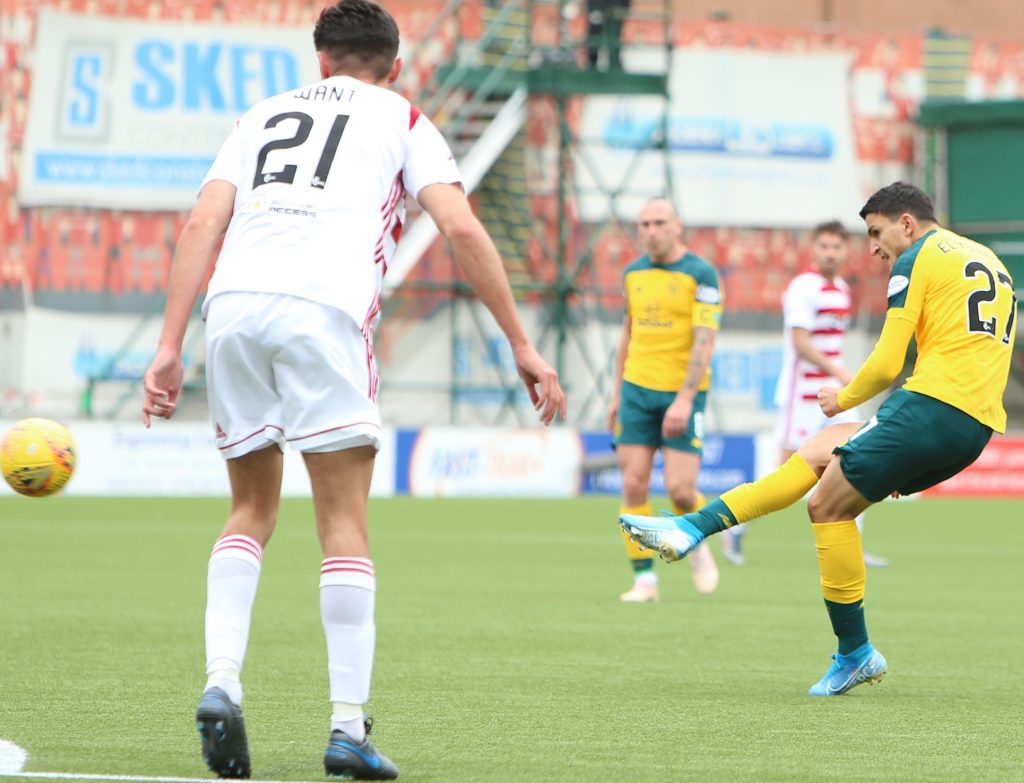 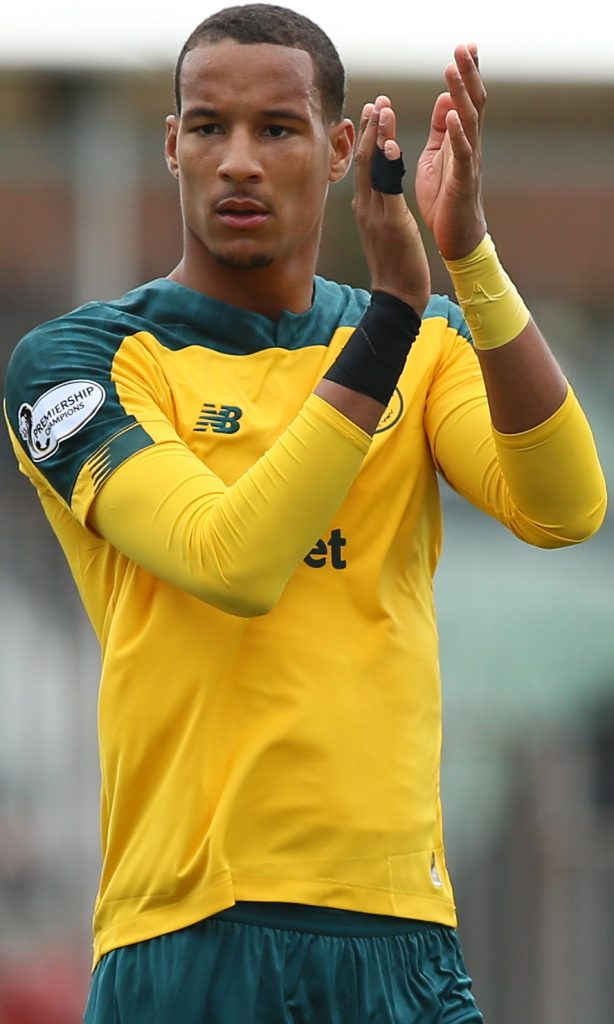 CLAP HANDS…Jullien back on his feet and saluting the fans at the end.