IT was more of a struggle than a saunter against Hamilton Accies yesterday, but Celtic still managed to grind out a 4-1 victory that keeps them at the top of the Premiership with seven points to spare.

It’s a nice position to be in as the champions prepare to take on Motherwell at Fir Park on Wednesday in their third successive away game before they travel to Cumbernauld on Sunday for the intriguing Scottish Cup-tie against Clyde.

Goals from Odsonne Edouard (2), Christopher Jullien and James Forrest managed to turn around the encounter against Accies after powerhouse frontman Marios Ogkmpoe had thumped the home side ahead with an unstoppable header from a left-wing corner-kick.

The Hoops really need to sharpen up their awareness of threats from set-plays – a similar goal from Nicola Katic gave Steven Gerrard’s side their first win in nine years at Parkhead in the last match of 2019.

Thankfully, things clicked into place up front at the FYO stadium – although the title kings left it late with Jullien putting them in front only 12 minutes from time before Edouard and Forrest made the scoreline look a lot more emphatic.

CQN‘s ace snappers were on hand to capture the action. Here is the pick of the pics. 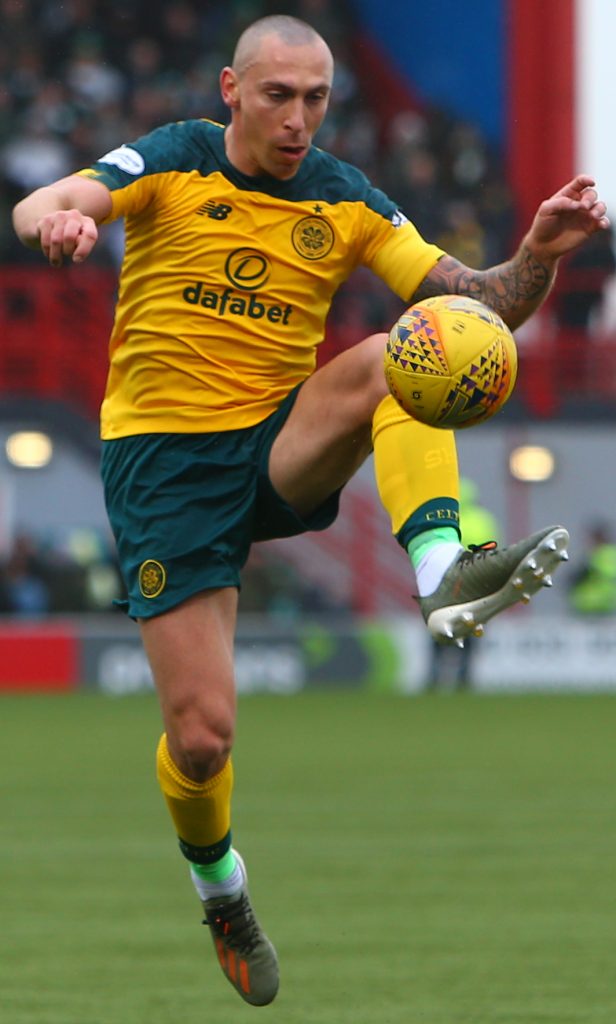 HAPPY 700TH…skipper Scott Brown hops to it as he celebrates a landmark club appearance. 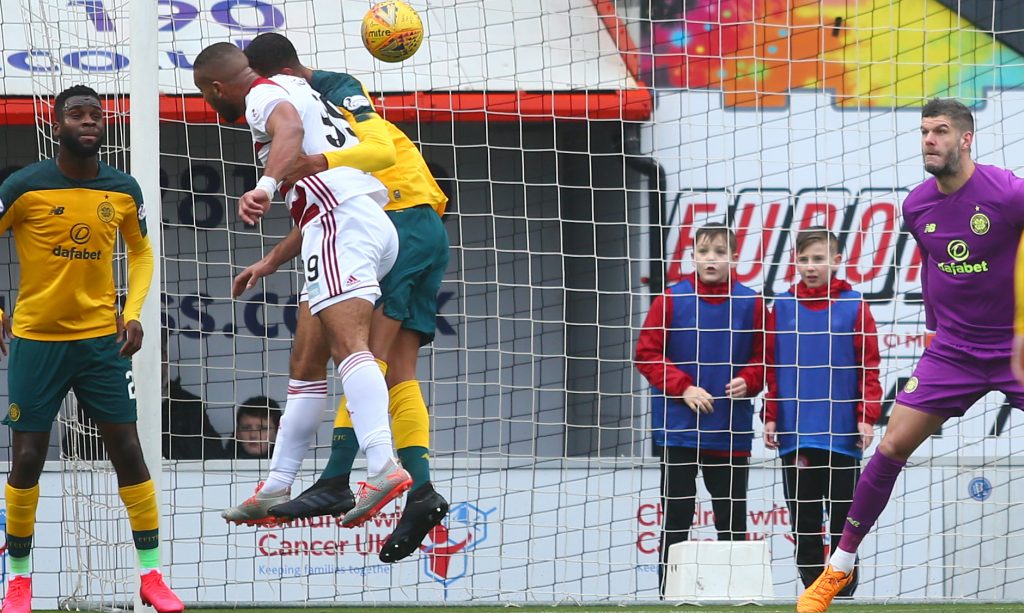 HEADS YOU LOSE…Accies dangerman Marios Ogkmpoe rises above Christopher Jullien to crash in the opening goal with Odsonne Edouard and Fraser Forster helpless. 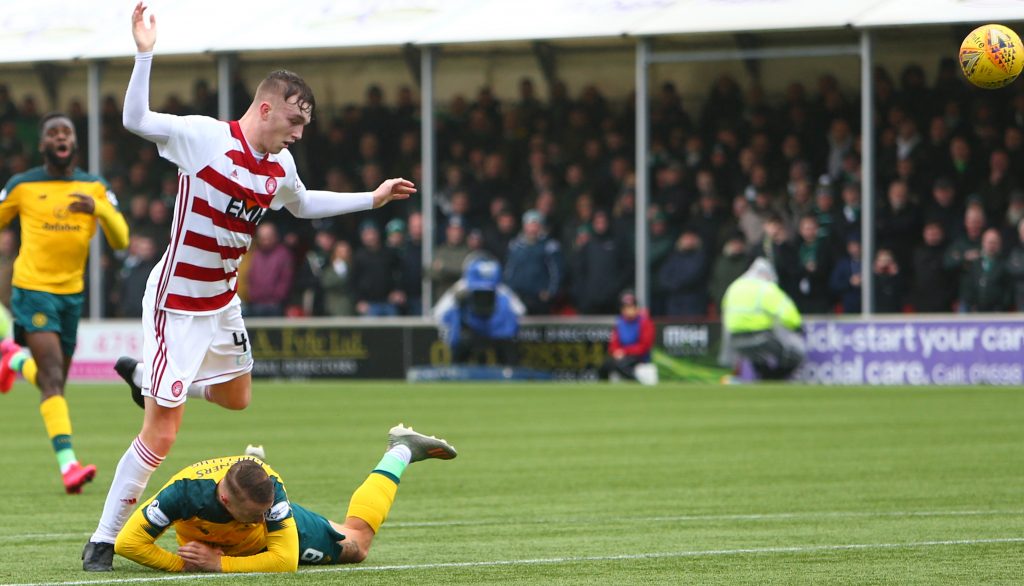 CRASH-LANDING…Leigh Griffiths hits the ground after being hauled back by Jamie Hamilton. 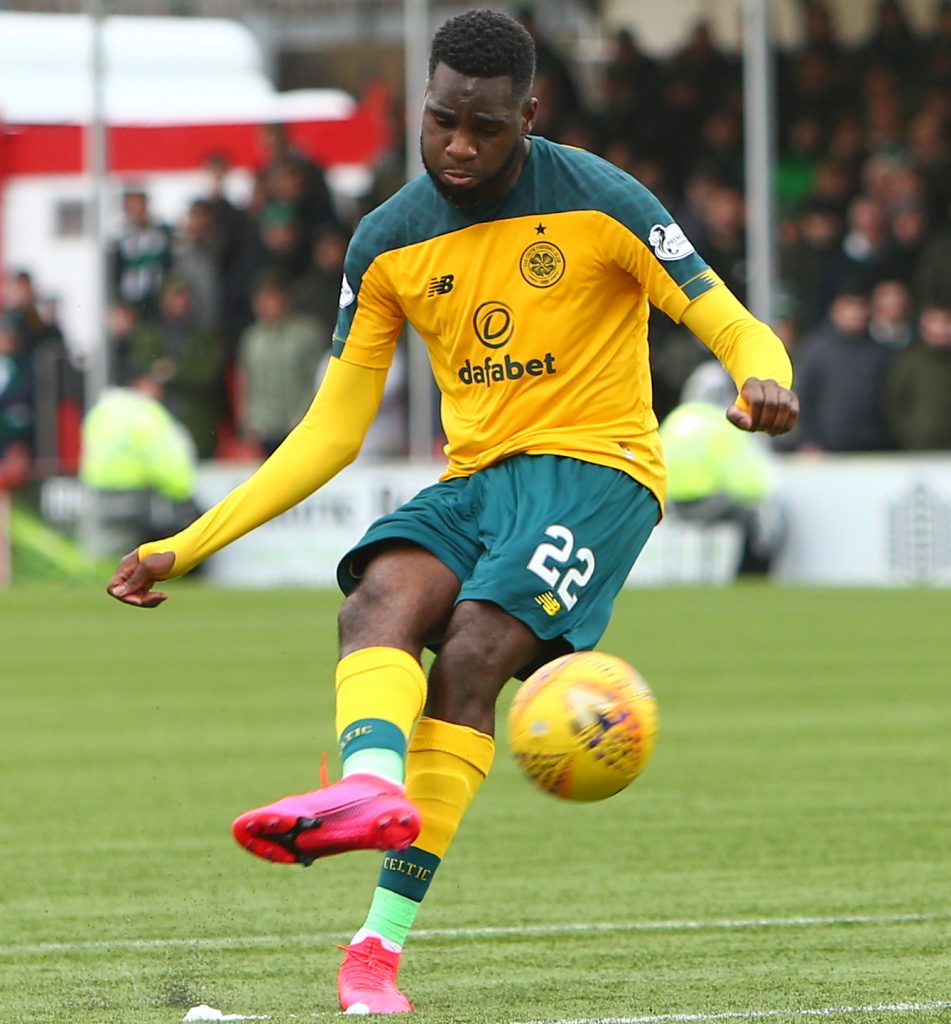 TAKING THE FREEWAY…Odsonne Edouard fires in the deadball equaliser. 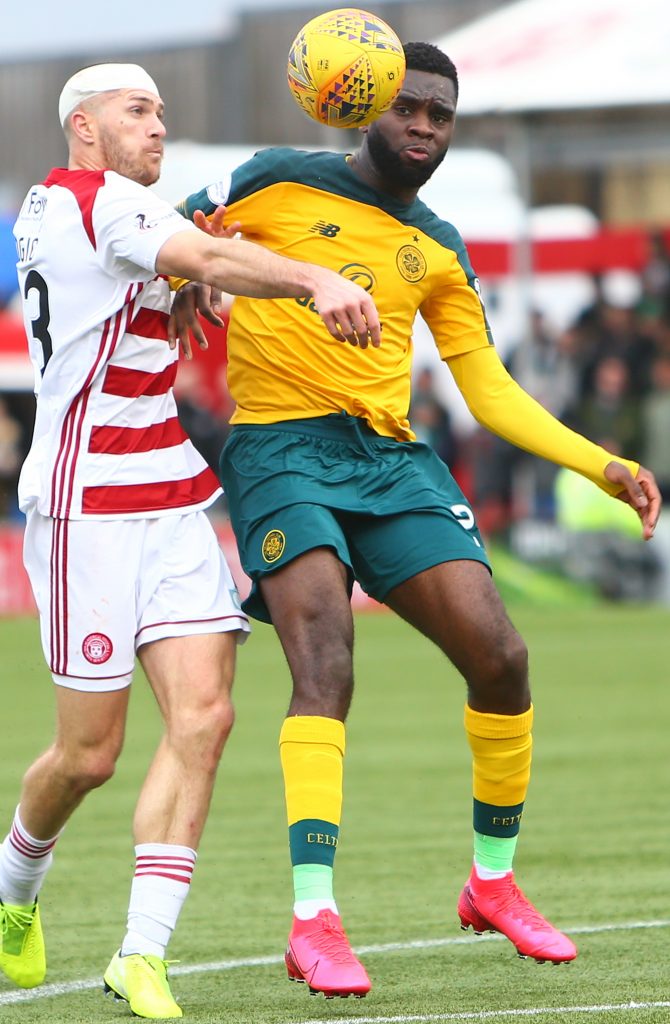 EYES ON THE BALL…Odsonne Edouard and Alex Gogic tussle for possession. 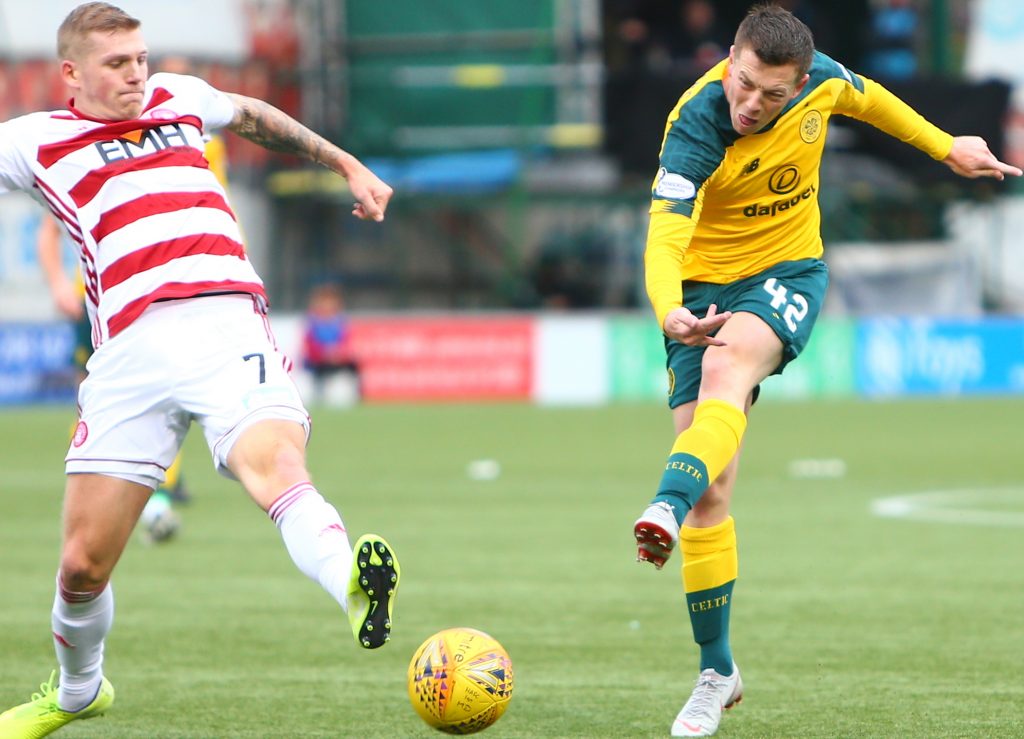 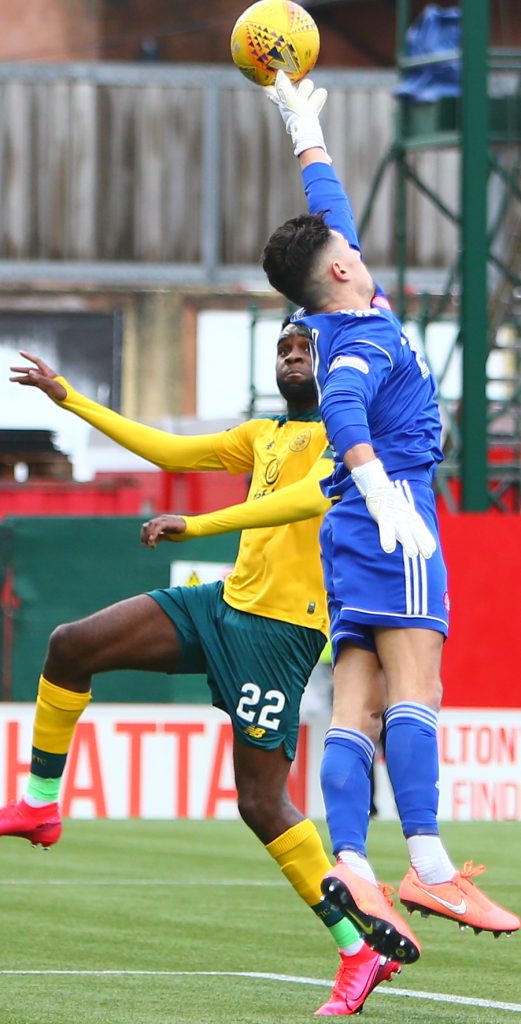 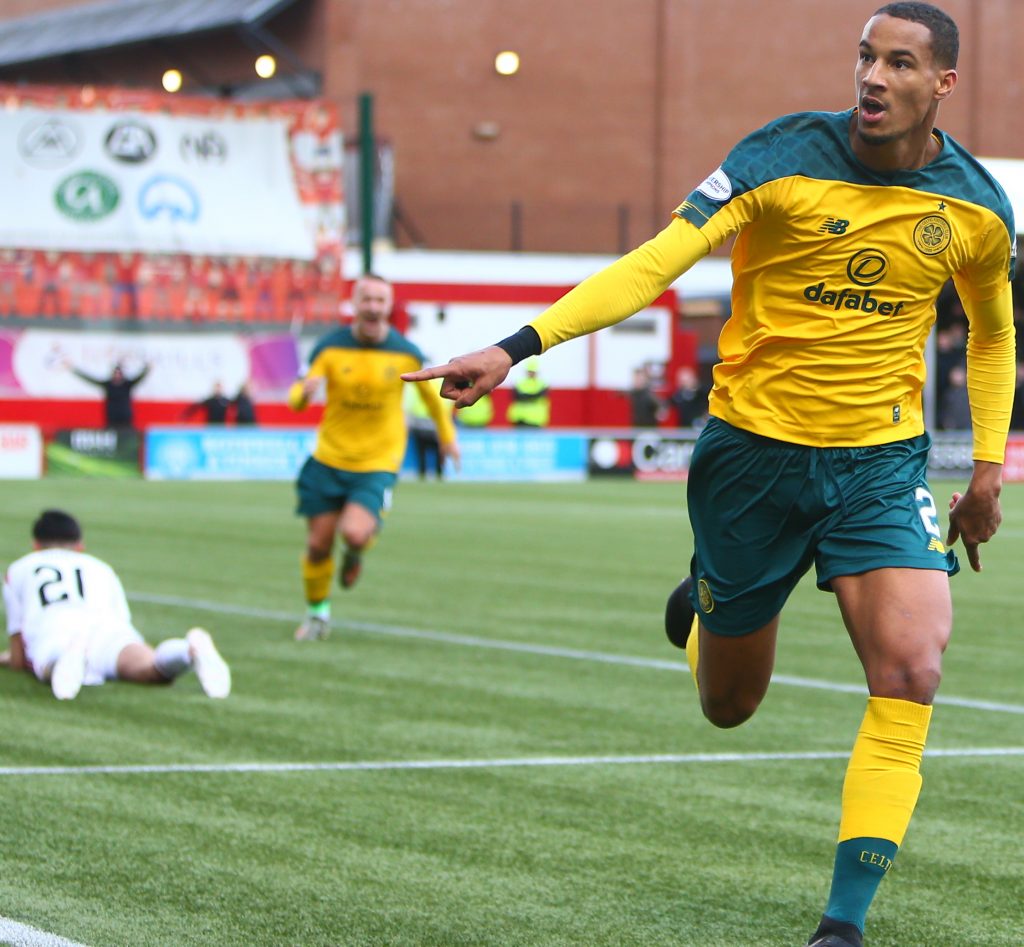 FRENCH FANCY…Christopher Jullien turns away after slamming in the second goal. 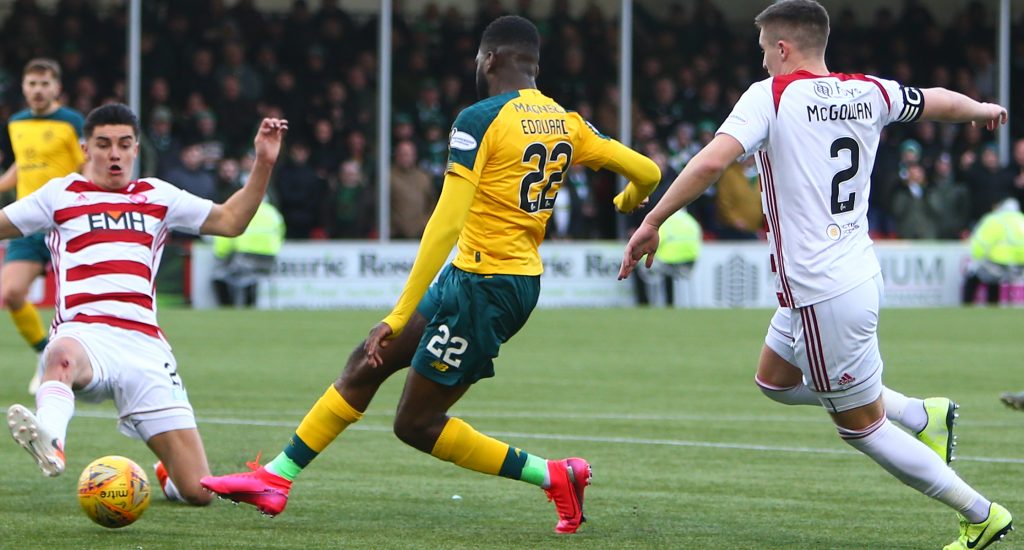 TWO GOOD…Odsonne Edouard slams in his second goal as he makes certain of victory. 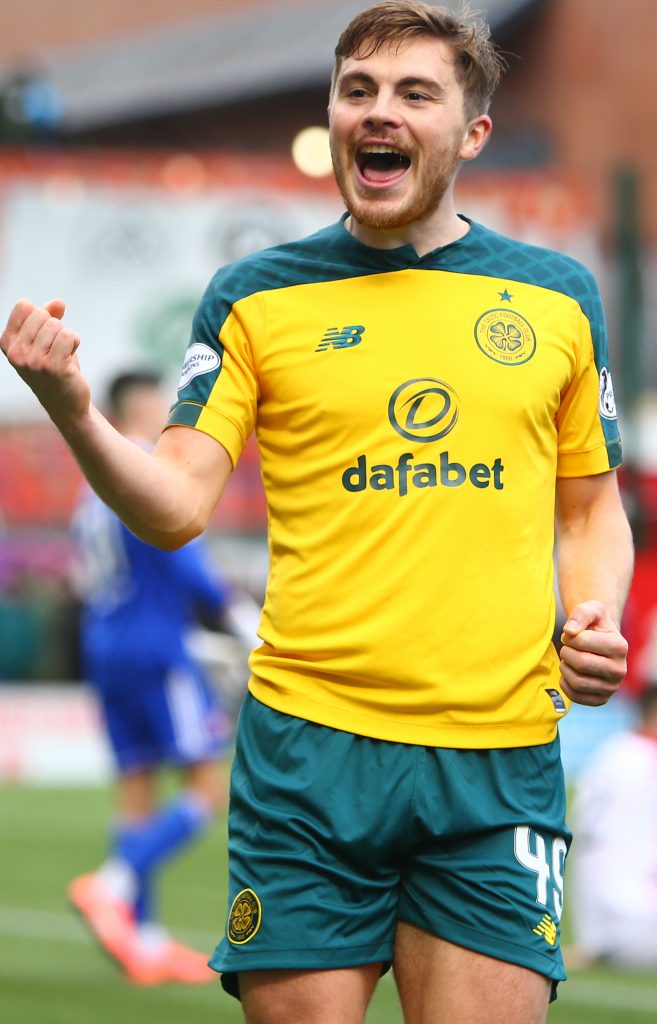 TO THE FOUR…James Forrest celebrates the final goal against routed Hamilton. 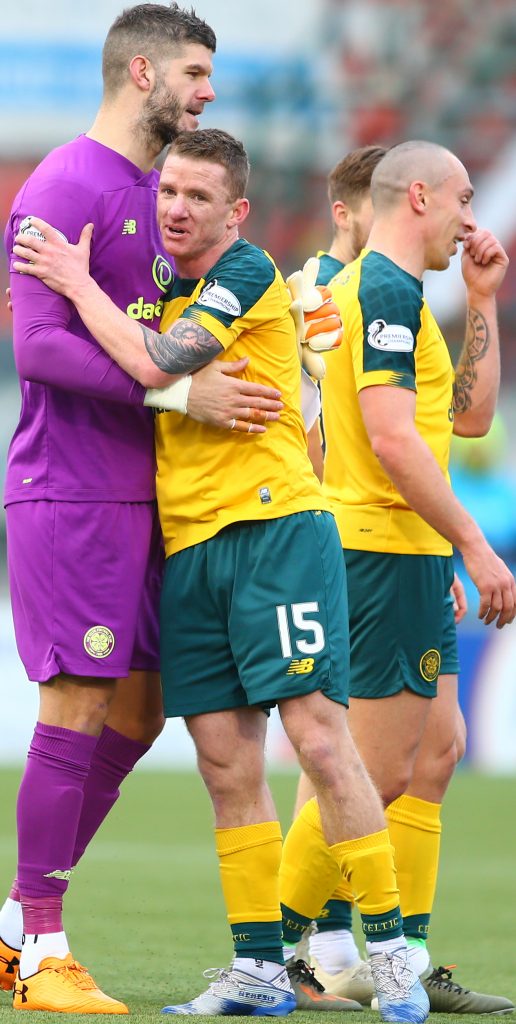 THE LONG AND SHORT OF IT…Fraser Forster and Jonny Hayes celebrate the 4-1 win as Scott Brown and James Forrest head for the tunnel. 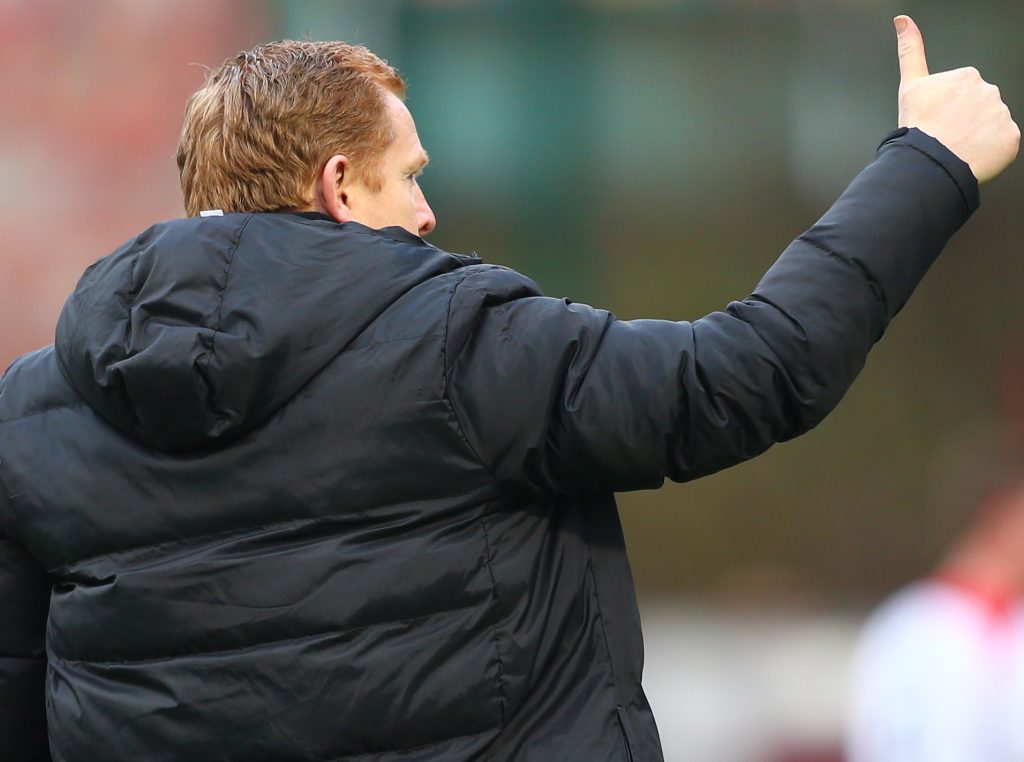 THUMBS UP…Neil Lennon is in seventh heaven as Celtic move closer to another title.