ODSONNE EDOUARD is a Birthday Bhoy today as he celebrates becoming 21.

The powerhouse striker cost a club record £10million when he joined from Paris Saint-Germain in the summer – and it looks like money well spent by boss Brendan Rodgers.

CQN have marked the landmark occasion with TWENTY-ONE images of Edouard in action for the Hoops. Ace lensman Geo and the CQN team have been following the Frenchman since he first arrived on loan in the summer of 2017 from the French giants.

Here is the pick of the pics: 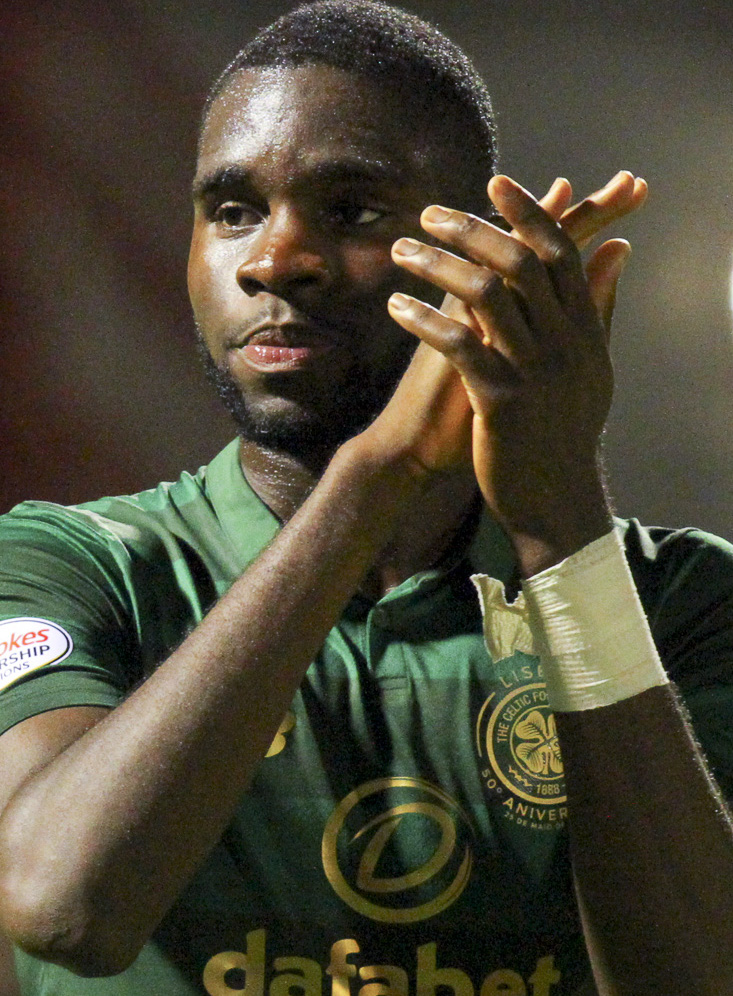 ONE: CELEBRATIONS…Odsonne Edouard salutes his first Celtic goal against Hamilton Accies in September 2017. 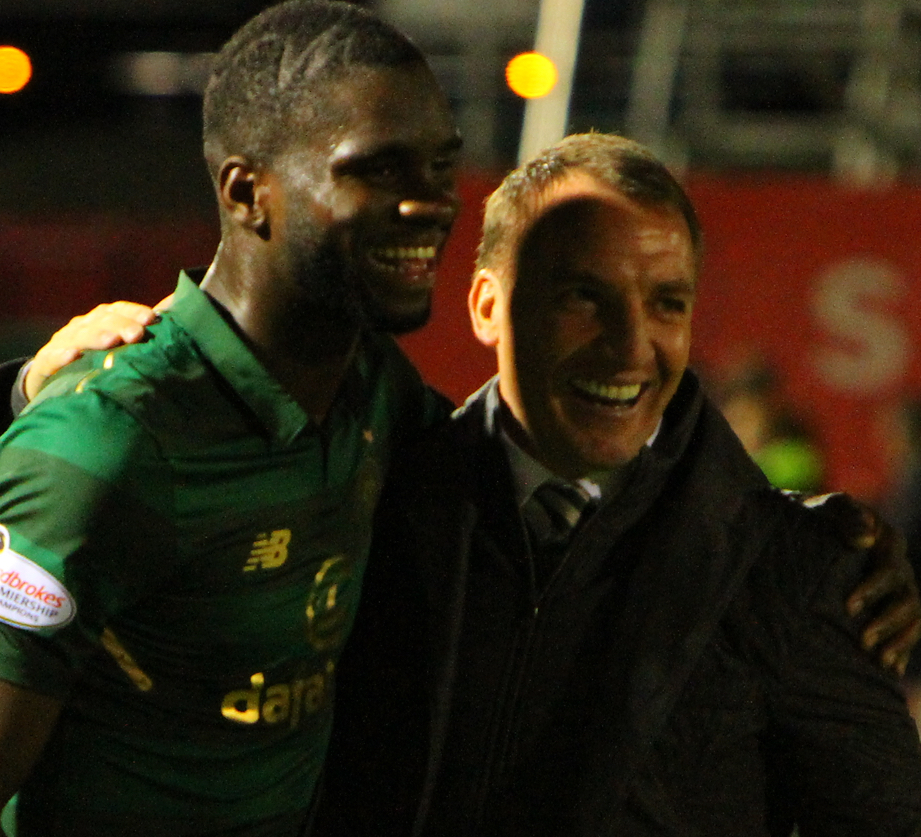 TWO: THAT’S MY BHOY…Brendan Rodgers congratulates the French ace after his debut strike. 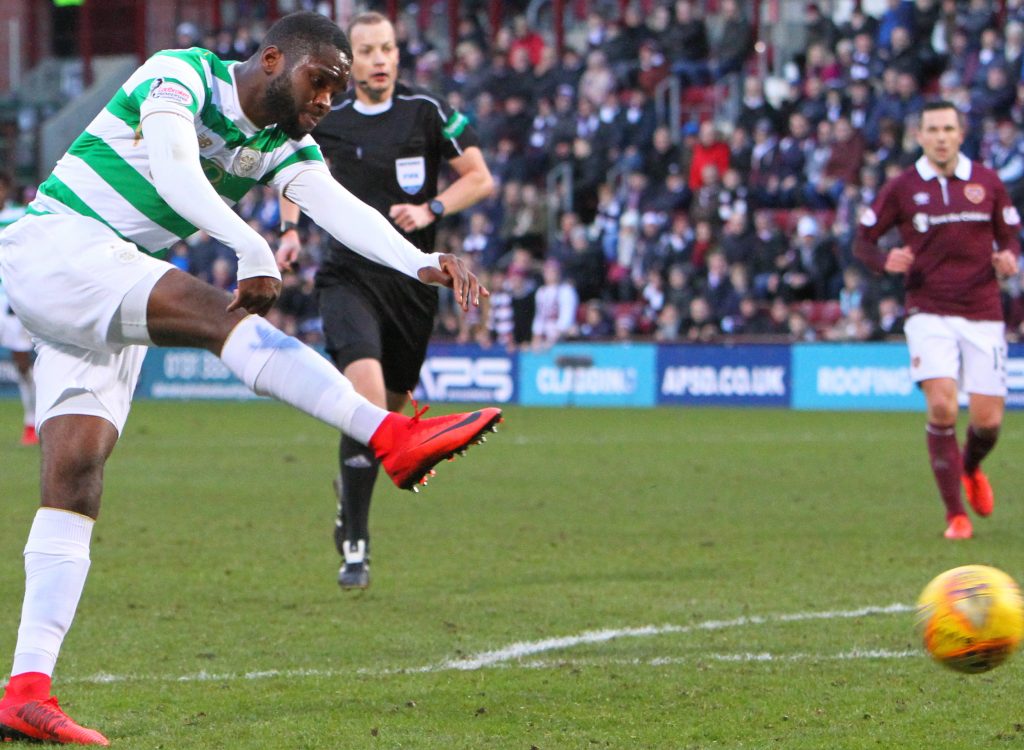 THREE: BY THE RIGHT…Edouard fires in a shot against Hearts at Tynecastle. 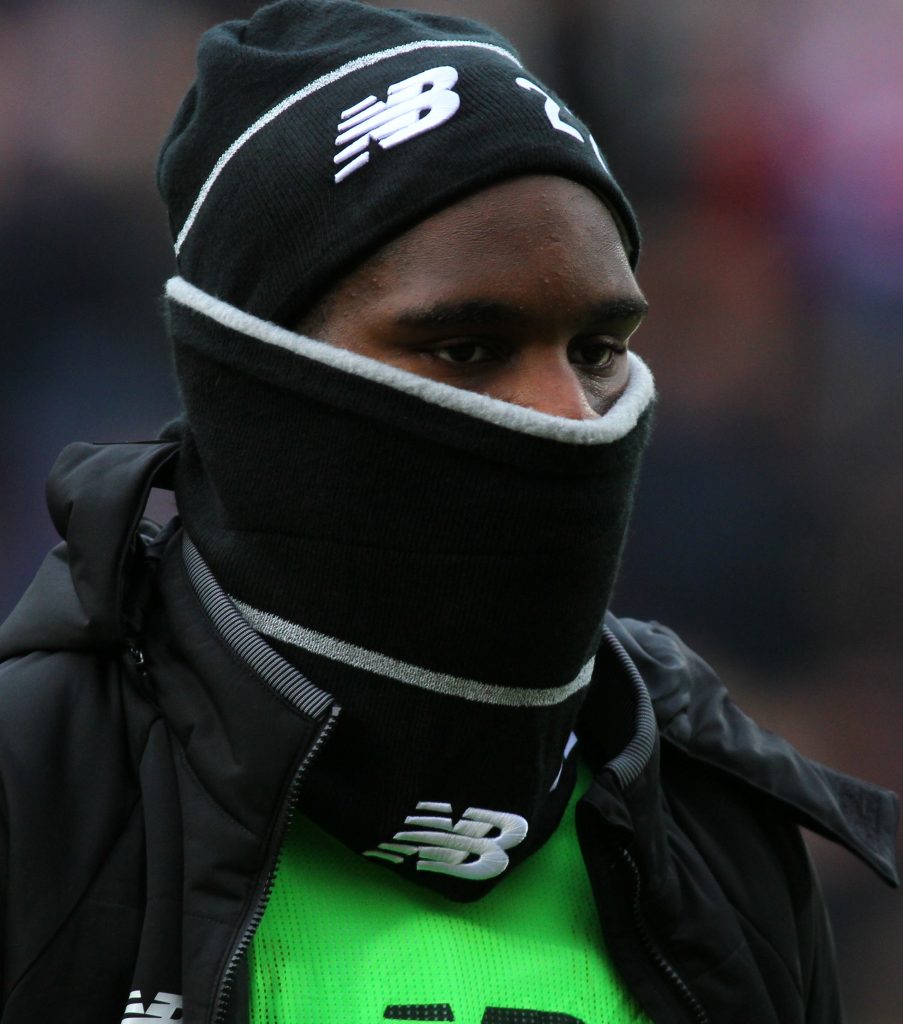 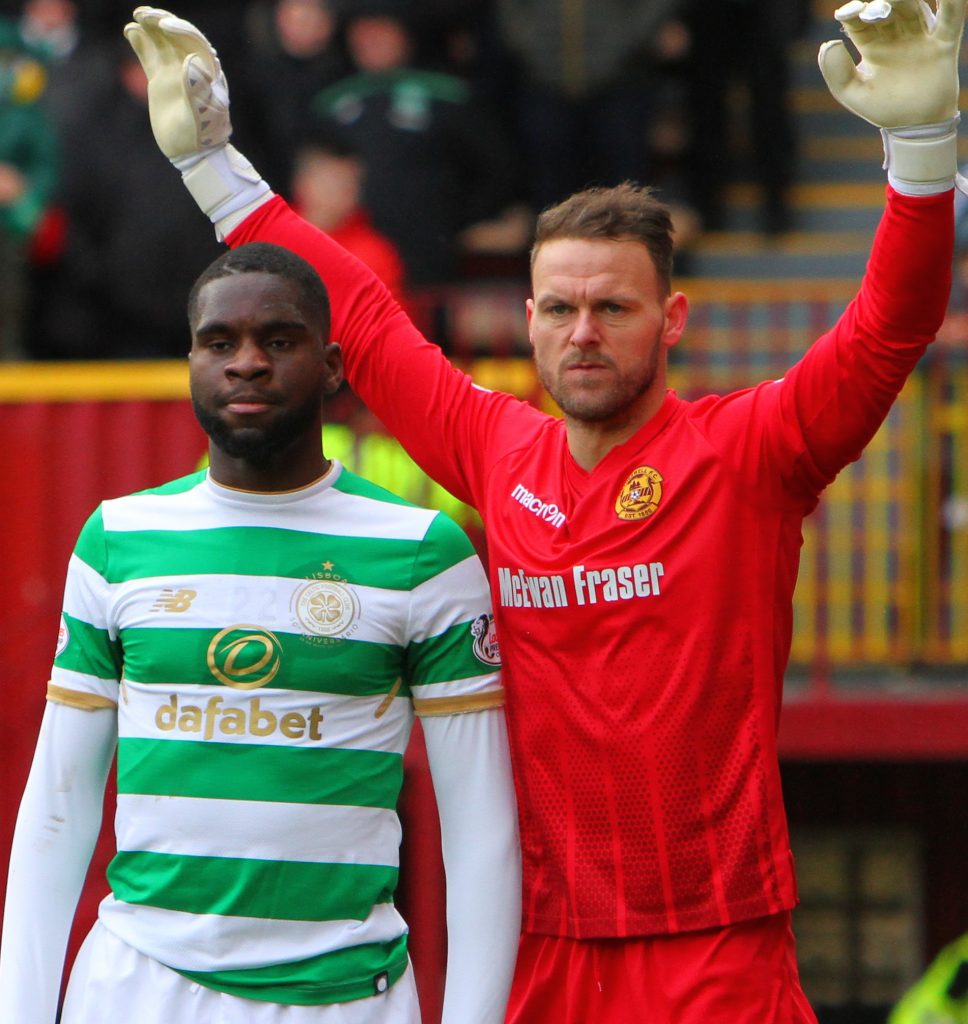 FIVE: UP IN ARMS…Motherwell keeper Trevor Carson keeps a close watch on Edouard.

SIX: POISE AND POWER…Edouard looks comfortable on the ball. 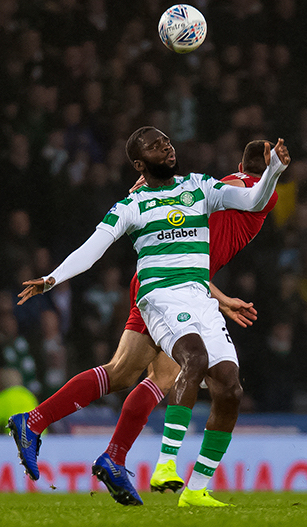 SEVEN: UP IN THE AIR…Edouard battles with an Aberdeen defender at Hampden. 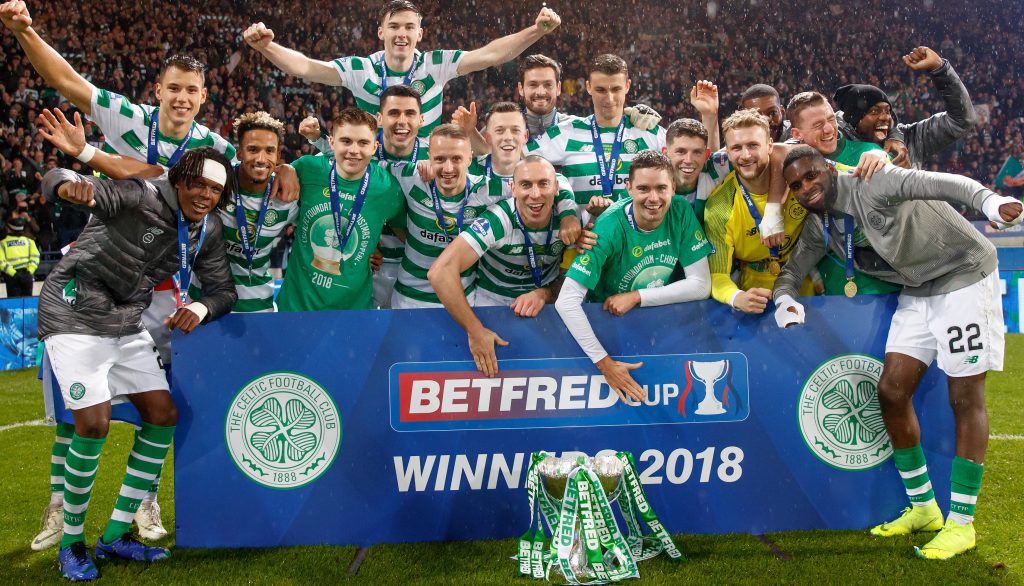 EIGHT: THE WINNERS…Edouard (extreme right) celebrates with his team-mates after the Betfred League Cup success over the Dons in December 2018. 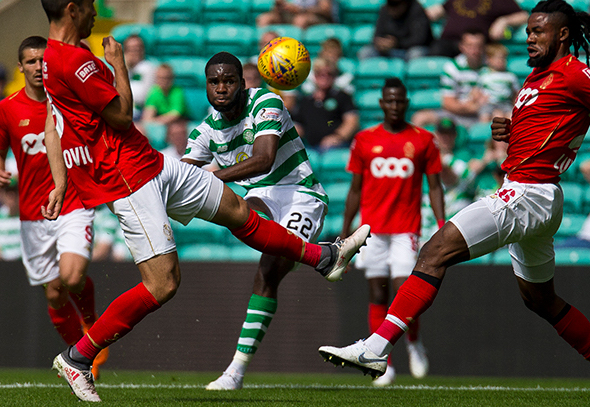 NINE: PICK IT OUT…Edouard sends in a swerving shot to score against Standard Liege in the pre-season game at Parkhead. 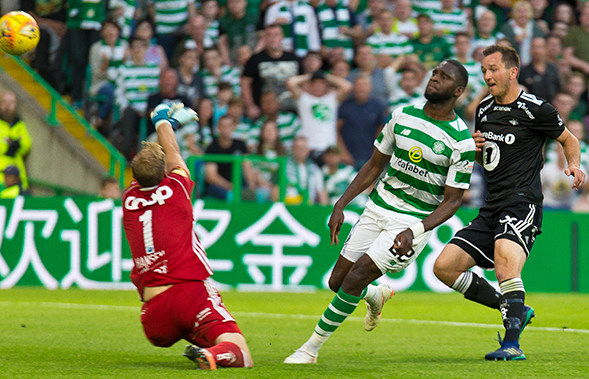 TEN: NICE’N’EASY DOES IT..the Frenchman flicks the ball over the Rosenborg keeper in the Champions League qualifier. 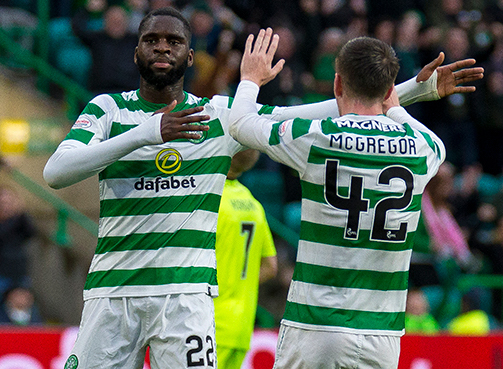 ELEVEN: HAPPY DAZE…Edouard is about to be congratulated by Callum McGregor after another goal. 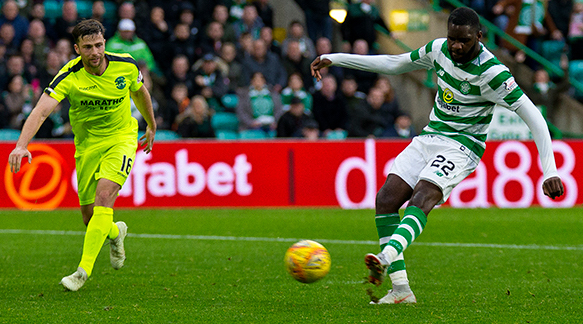 TWELVE: WALLOP…Edouard fires in a left-foot drive in the 4-2 win over Hibs in October. 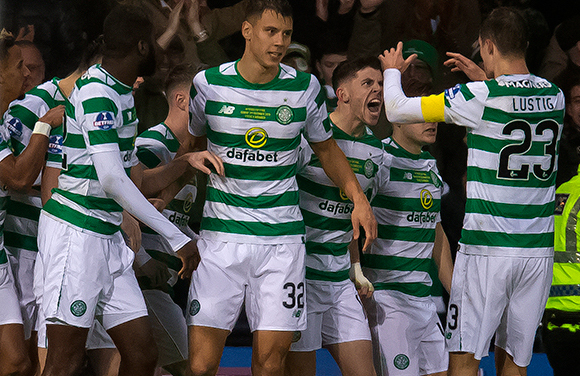 THIRTEEN: THE CUP THAT CHEERS…the striker joins in with his team-mates following Ryan Christie’s winner against Aberdeen. 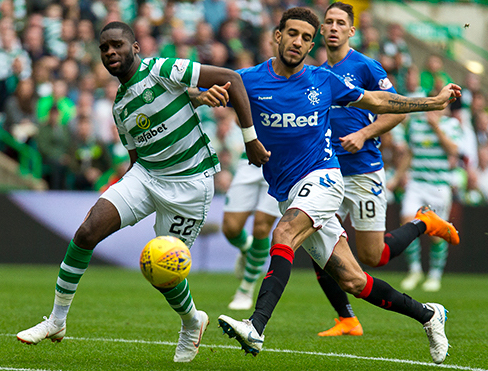 FOURTEEN: SHOVE OFF…Edouard battles with Connor Goldson for possession in the Hoops’ 1-0 win in September. 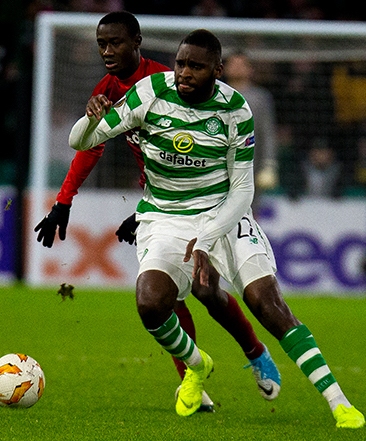 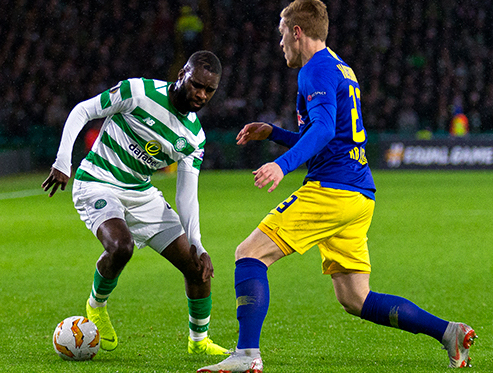 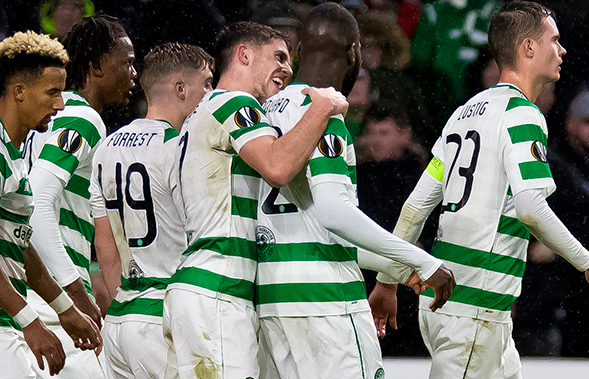 SEVENTEEN: HAIL THE WINNER…Ryan Christie congratulates Edouard after the second goal against Leipzig. 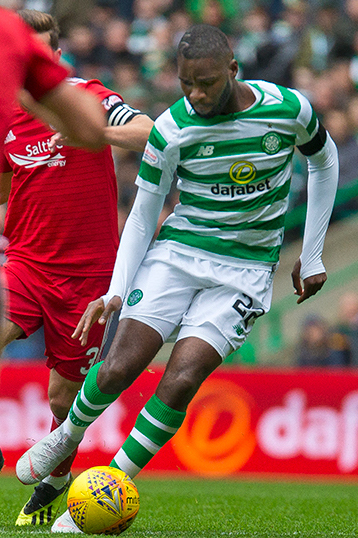 NINETEEN: GLASGOW BELONGS TO ME…Edouard scores the opening goal in the 5-0 rout over the Ibrox side last season. 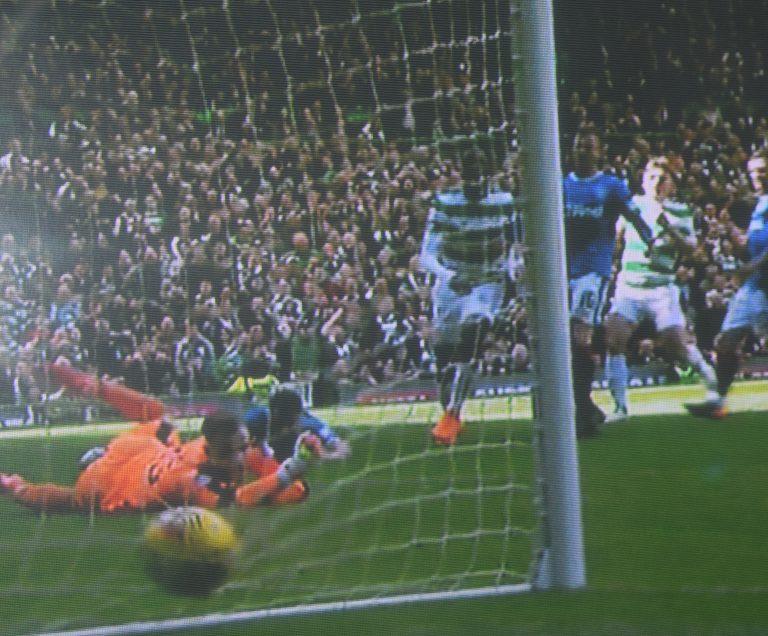 TWENTY: NO CHANCE…keeper Jak Alnwick is helpless as Edouard rolls in another. 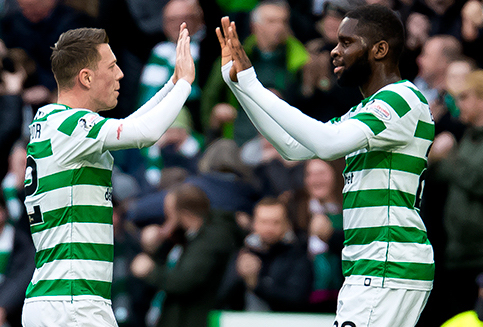