CELTIC’S perfect Premiership record had to end sometime and two points were dropped in the 1-1 draw with Hibs at Easter Road at the weekend.

It was an afternoon to forget for the eight-in-a-row champions who might have guessed it was not going to be their day when Kristoffer Ajer diverted a simple right-wing cross from Christian Doidge past keeper Fraser Forster in the seventh minute to hand their opponents the advantage.

A brilliant Henrik Larsson-like header from Ryan Christie, with his 11th goal of the campaign, gave the Hoops parity at the interval to set up a siege of Chris Maxwell’s goal in the second 45 minutes.

Chances came and went, but, frustratingly, the scoreline did not change.

Looking on the bright side, Neil Lennon’s men are still top of the league and another point closer to nine in a row.

CQN‘s ace lensmen were in Leith to capture the action. Here is the pick of the pics. 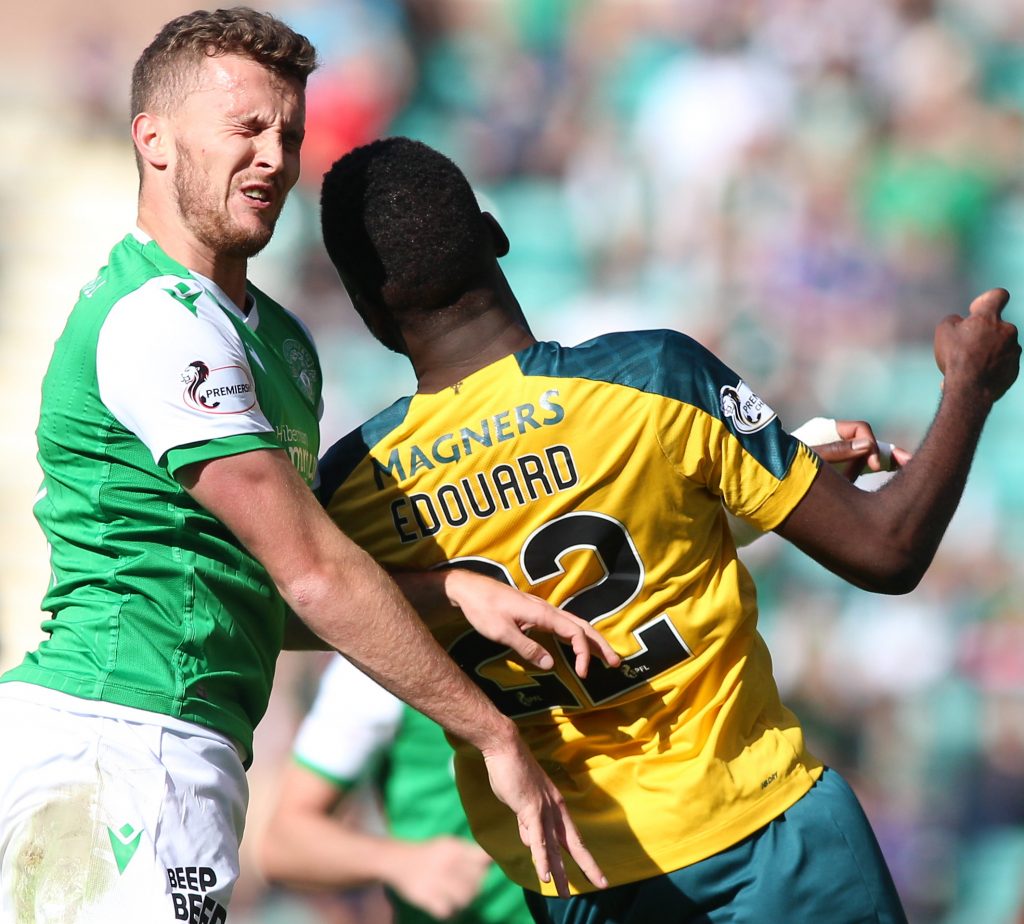 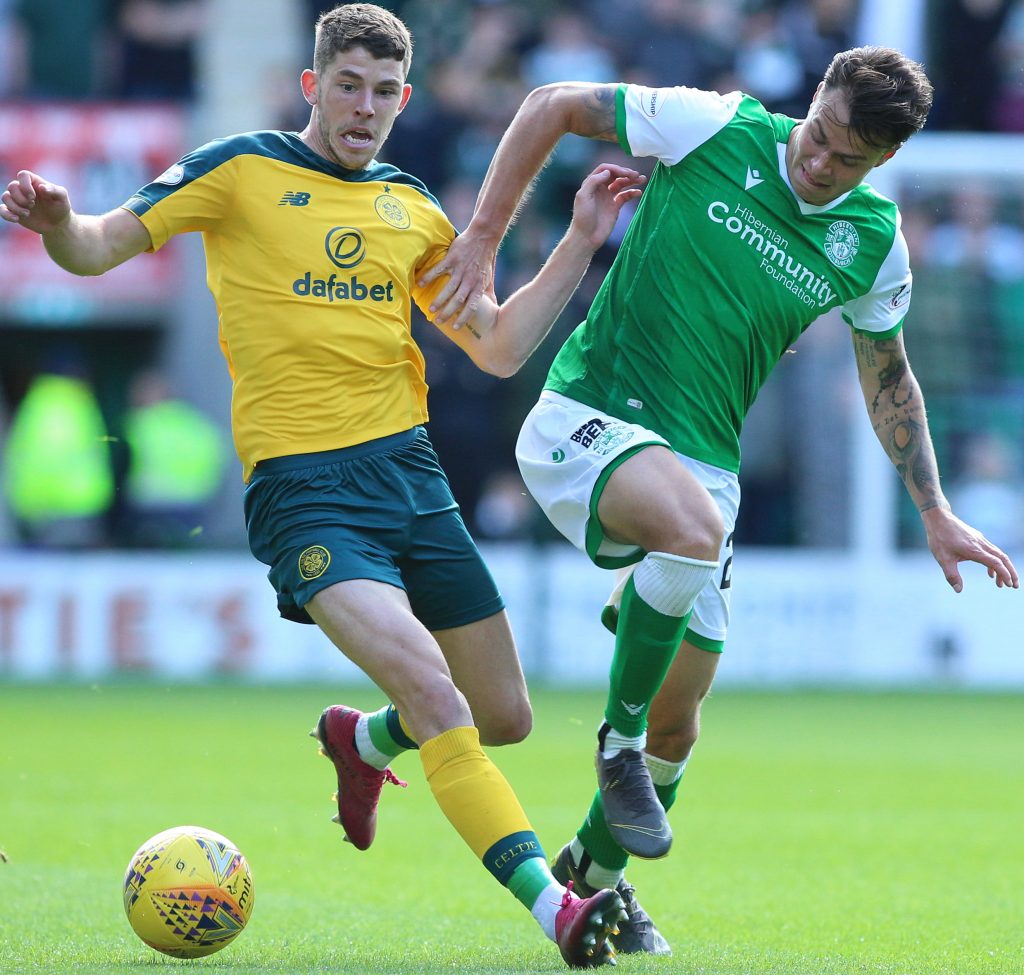 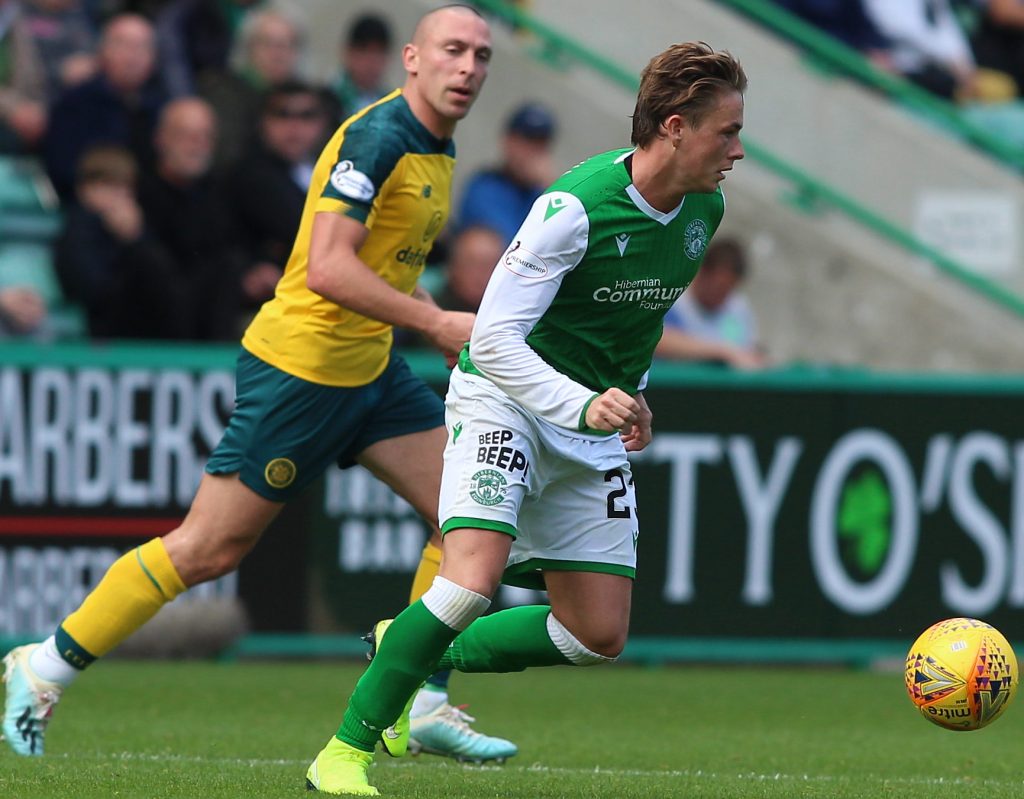 ON THE RUN…ex-Celt Scott Allan is patrolled by Scott Brown. 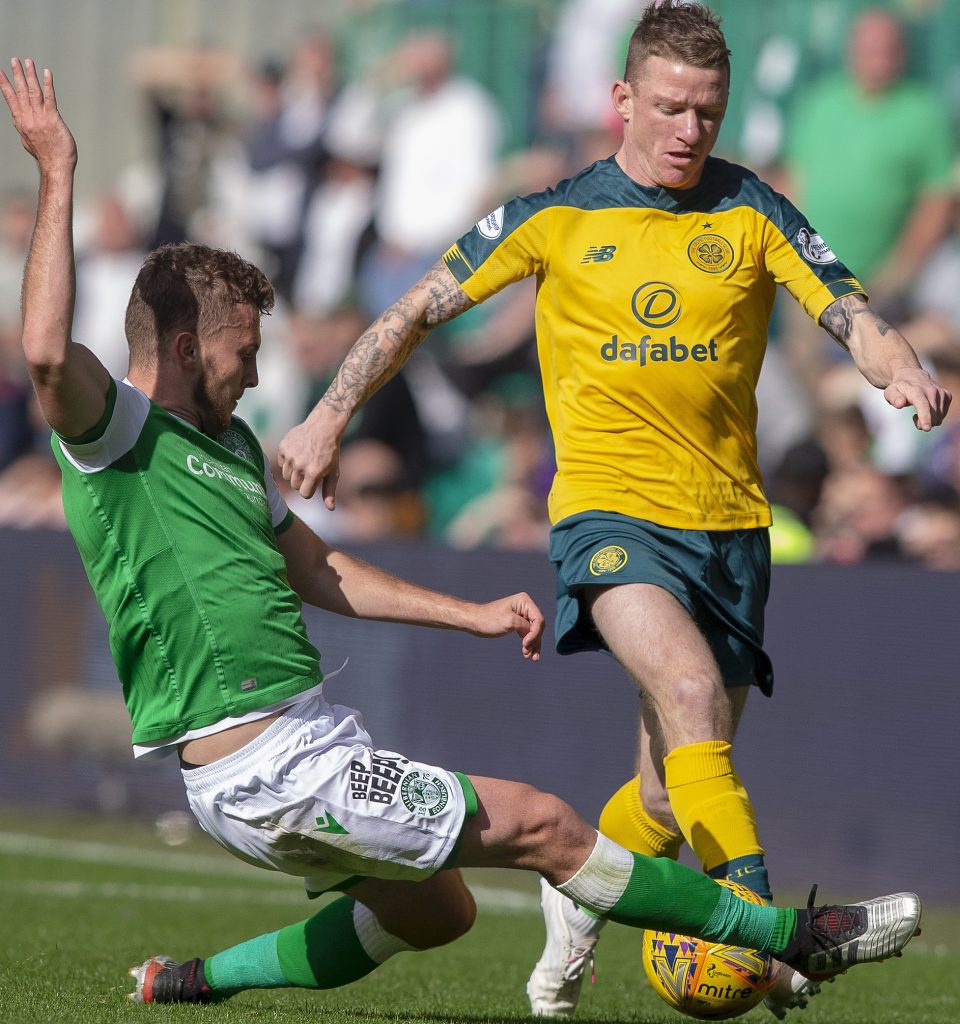 ON A WING AND A PRAYER…Jonny Hayes tries to find a way through. 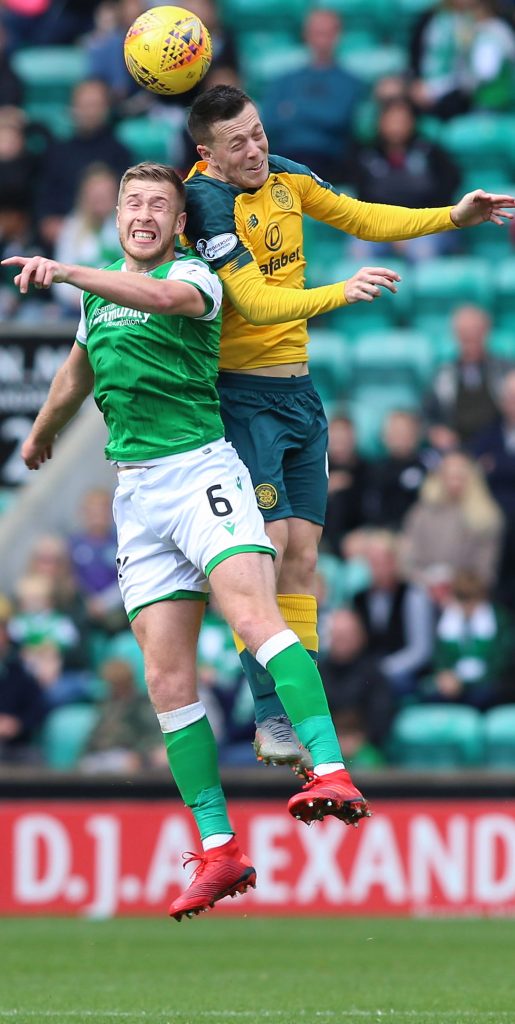 AIR WE GO…Callum McGregor and Josh Vela go for a high ball. 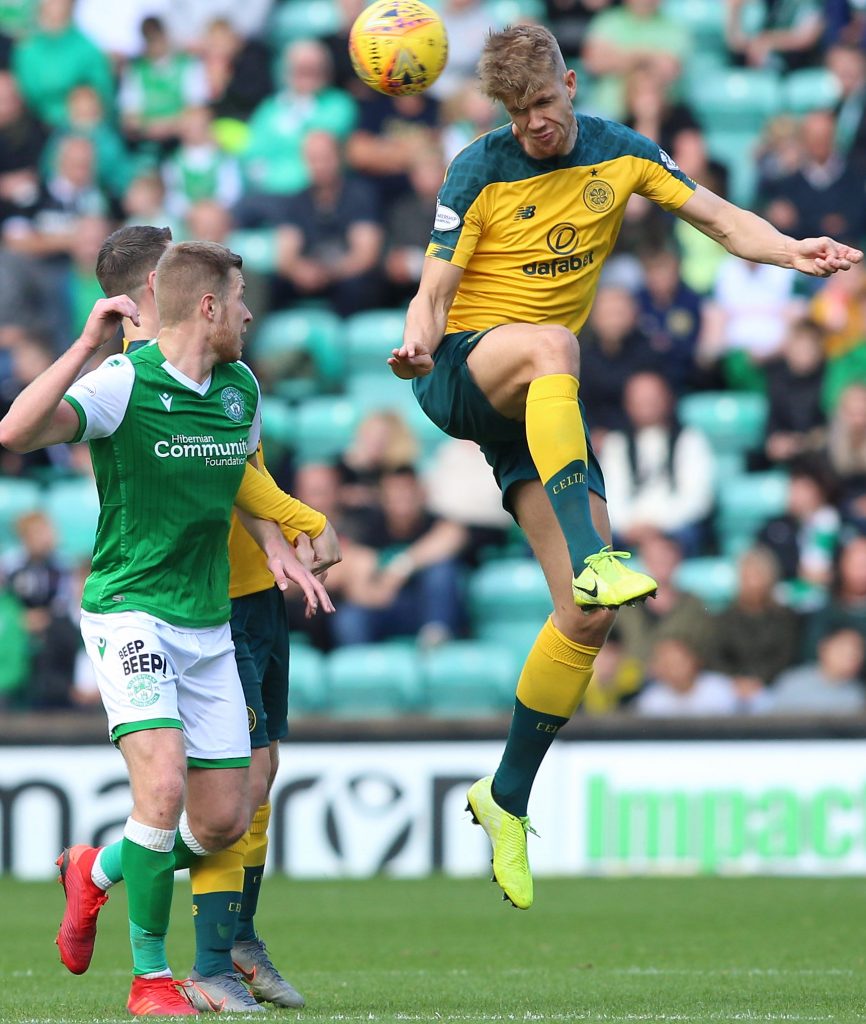 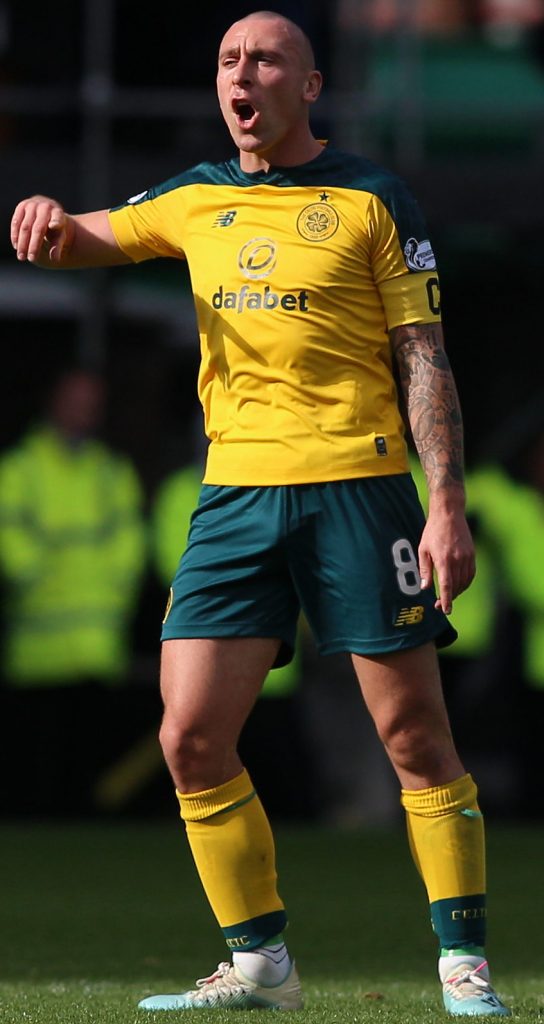 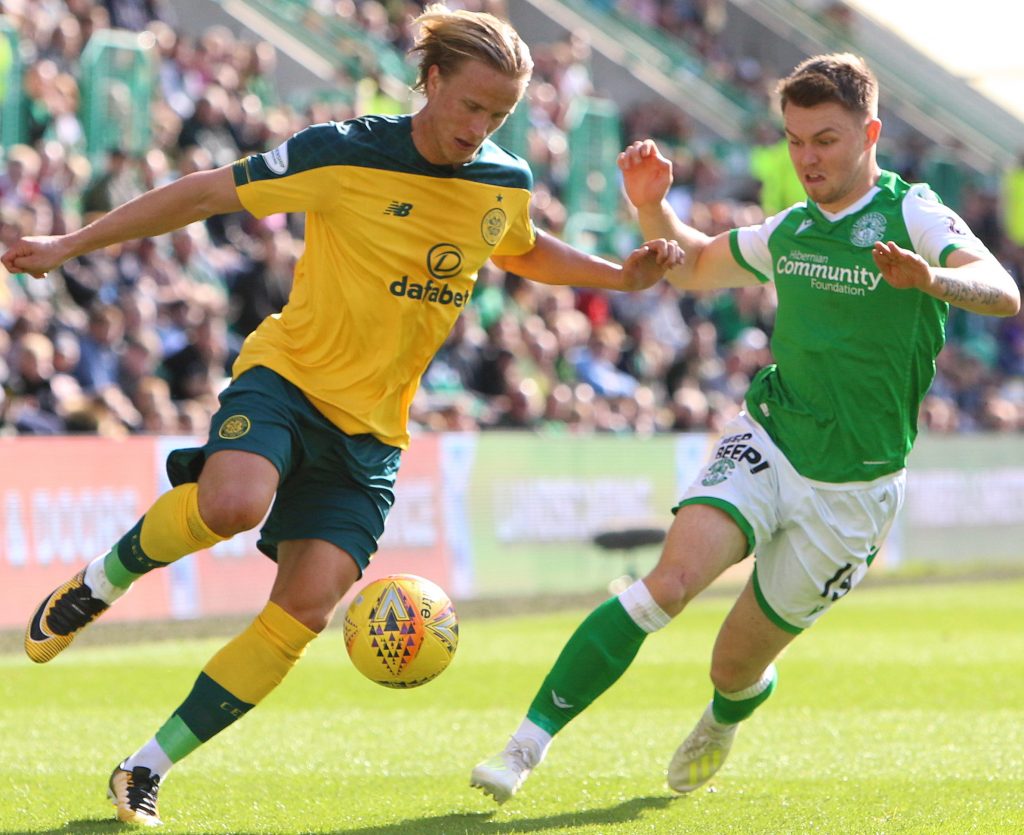 BY THE RIGHT…Moritz Bauer takes on Hibs’ Glenn Middleton. 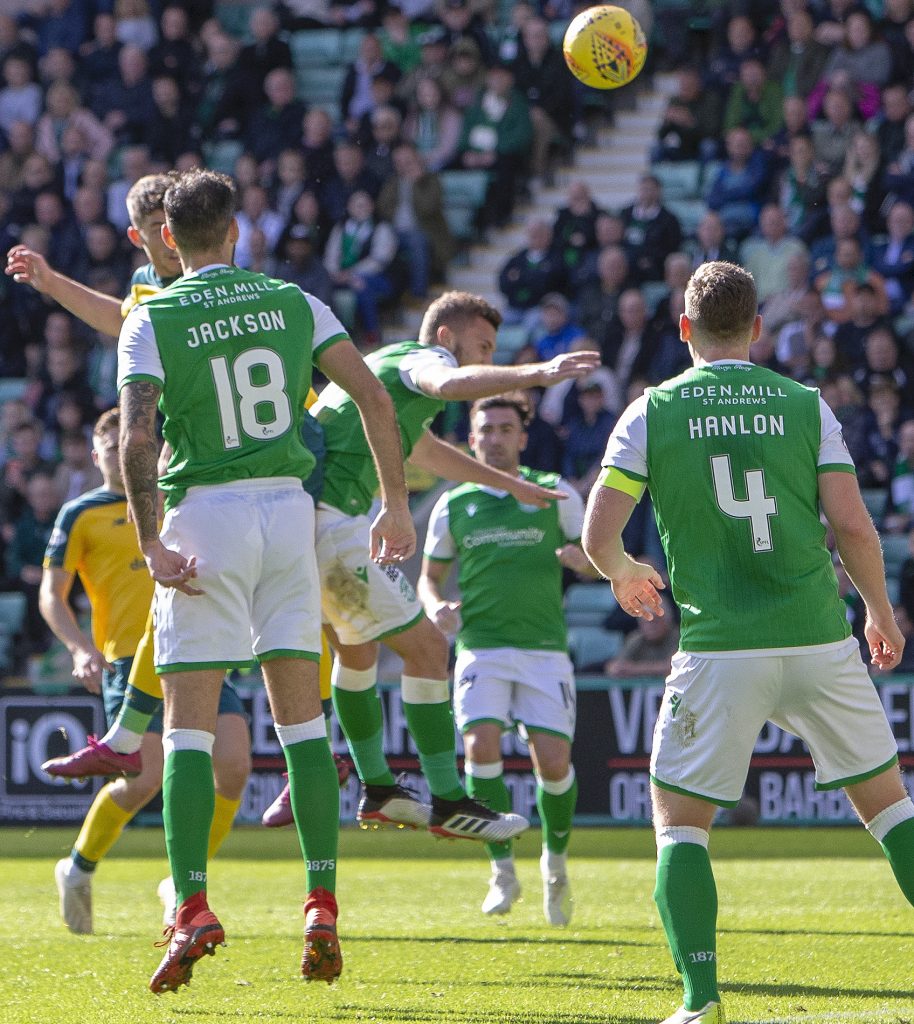 HEADS, I WIN…Ryan Christie bullets in the equaliser. 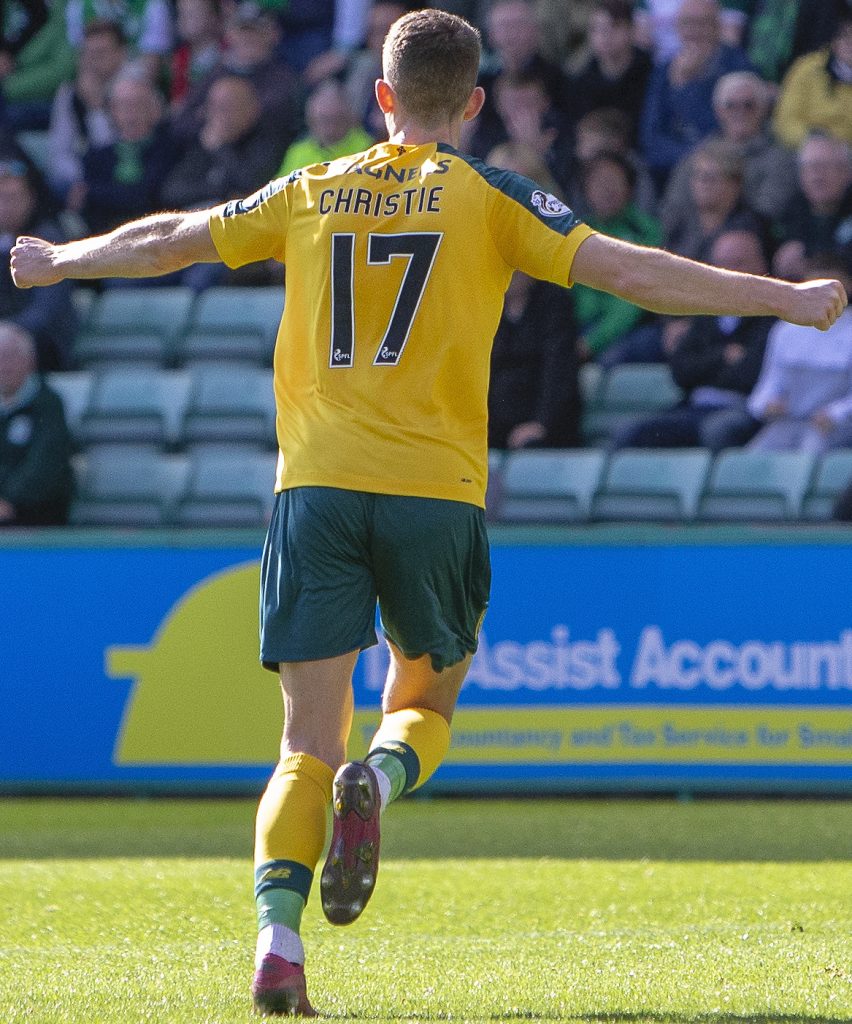 HEAVEN 17…Christie races away to accept the applause. 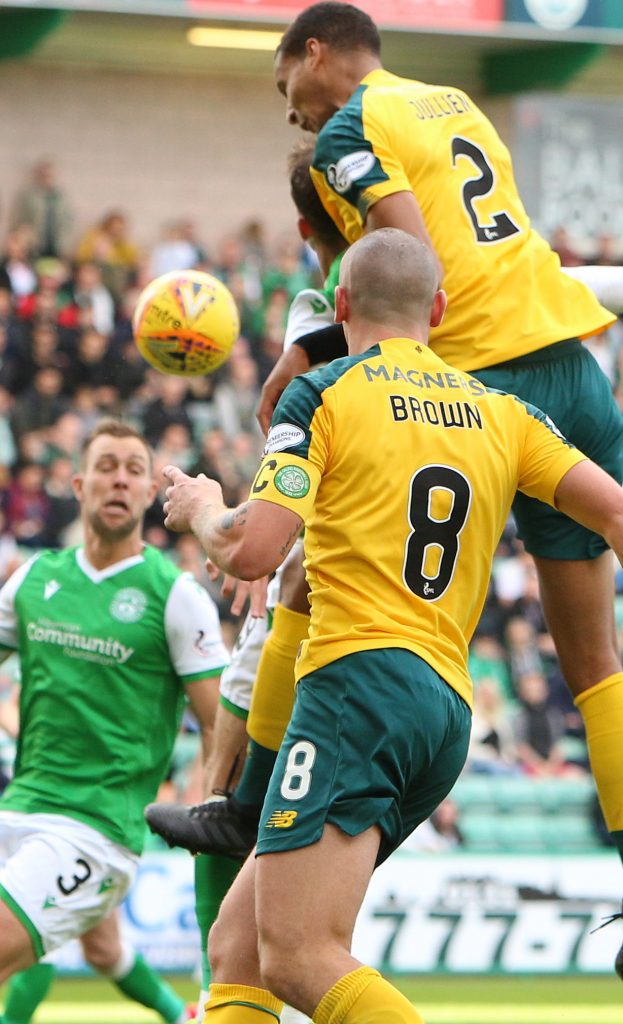 WALLOP…Jullien holds his face after a collision. 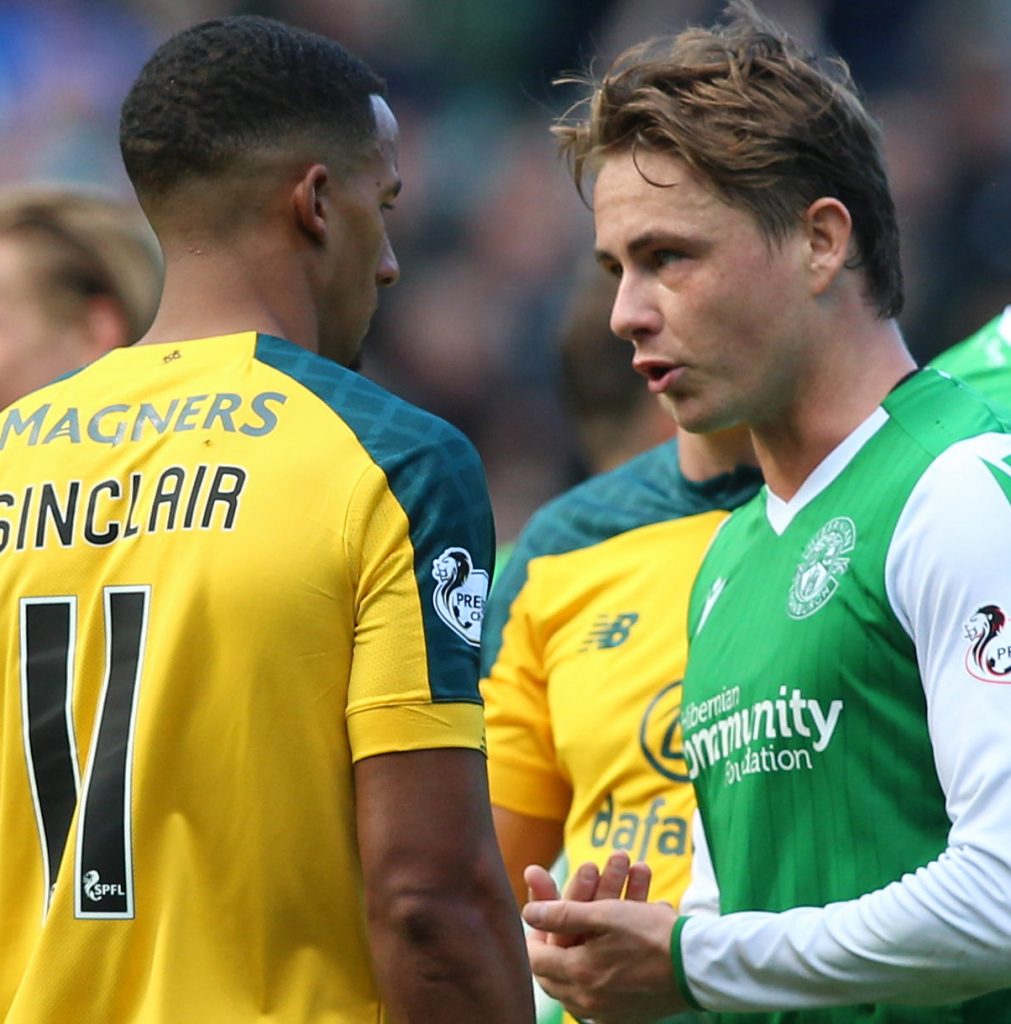 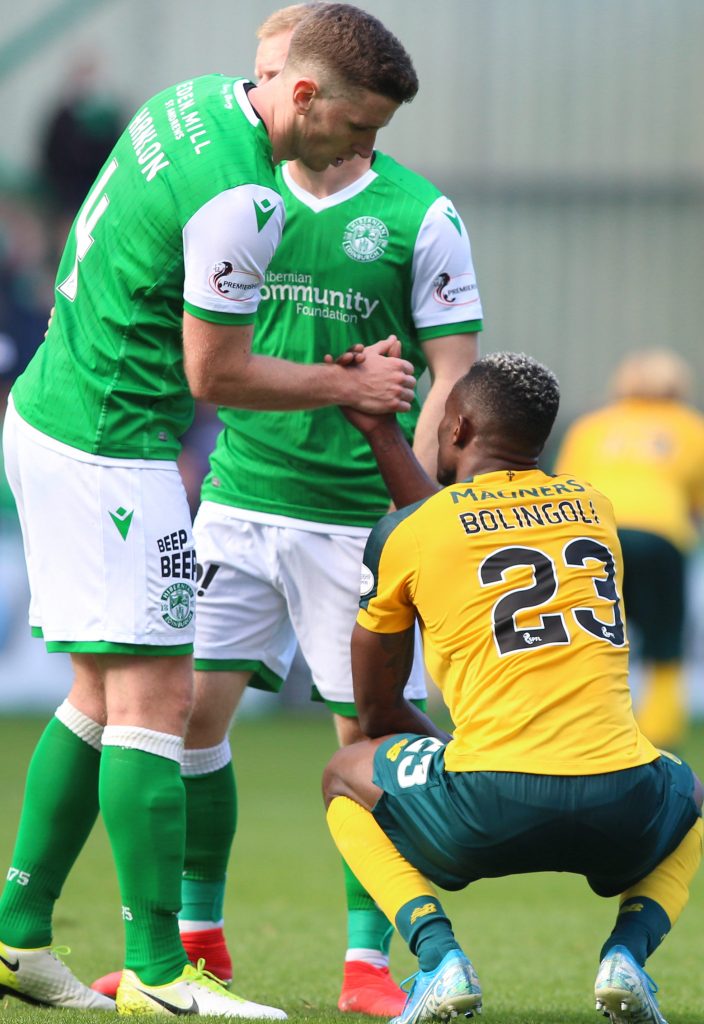 SHAKE ON IT…Boli Bolingoli is disappointed as Paul Hanlon makes a friendly gesture at full-time. 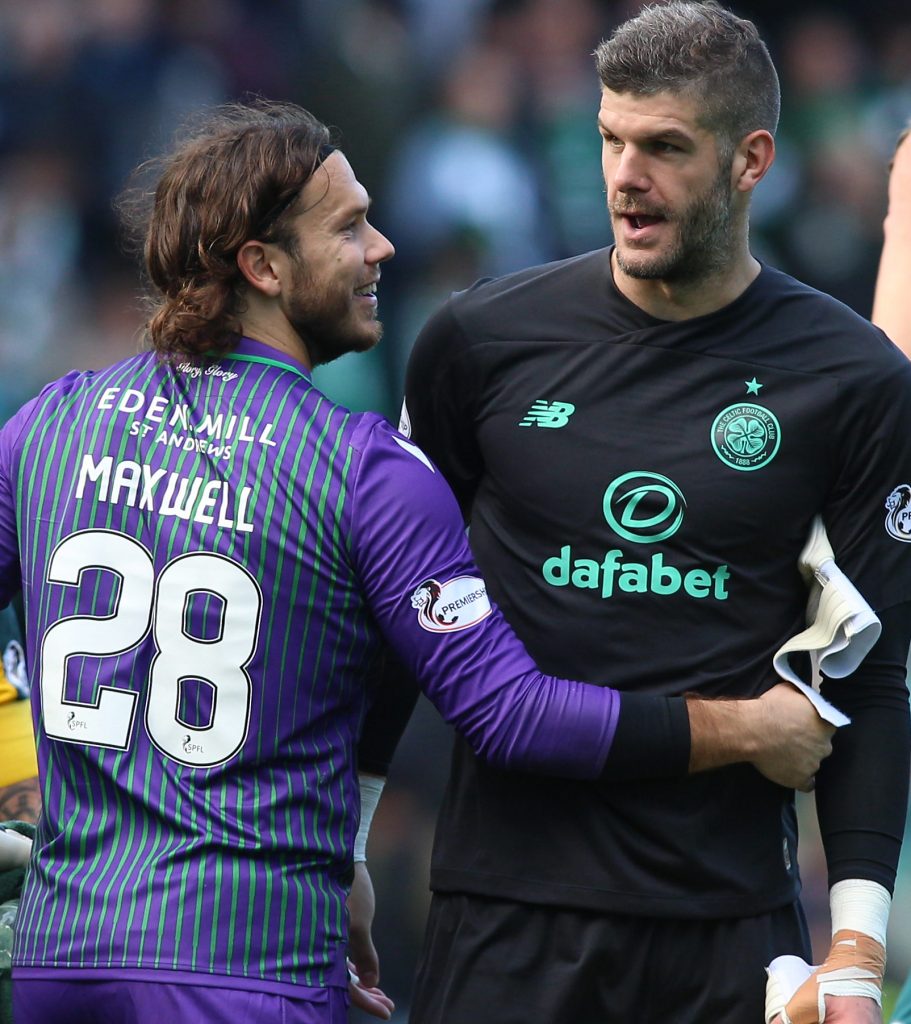 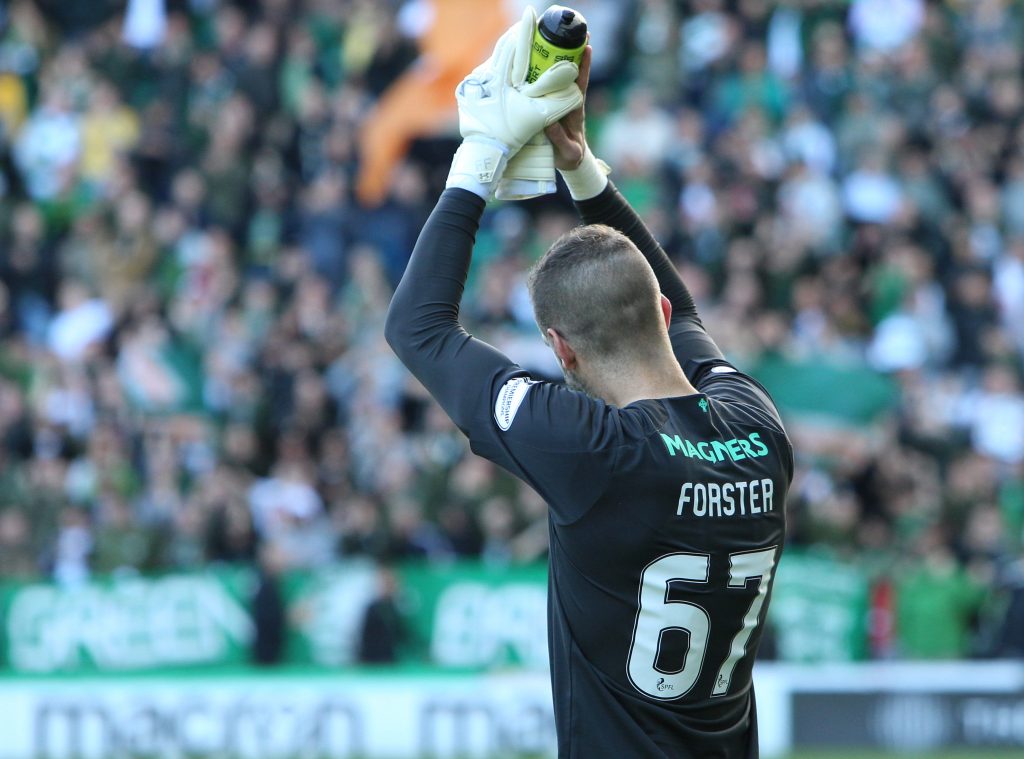 CHEERS…Fraser Forster applauds the fans at the end.