CELTIC crashed to their third Premiership defeat of the season as Hibs overcame the champions 2-0 at Easter Road yesterday.

Neil Lennon’s men have now joined Hearts and Kilmarnock as the teams who have taken maximum points off Brendan Rodgers’ outfit.

There wasn’t a lot for the travelling support to get excited about as the Hoops faltered in the Capital.

However, CQN‘s snapper supreme Geo caught some excellent images from the confrontation. Here is the pick of the pics. 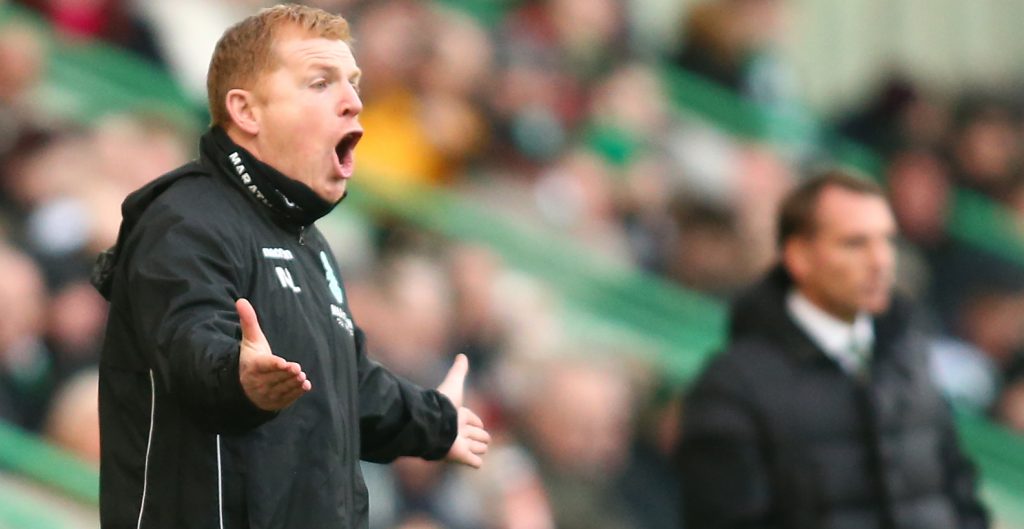 LET’S SHOUT ABOUT IT…Neil Lennon roars on his players as Brendan Rodgers remains out of focus. 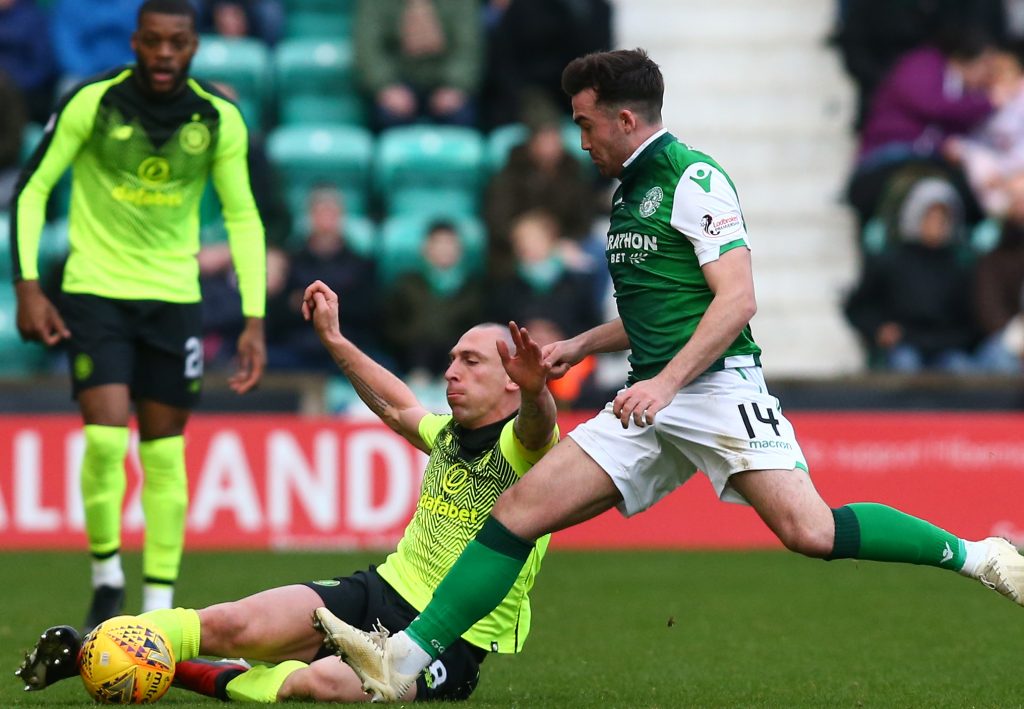 CAPTAIN’S PART…Scott Brown slides in to win the ball from Hibs’ Stevie Mallan as Olivier Ntcham looks on. 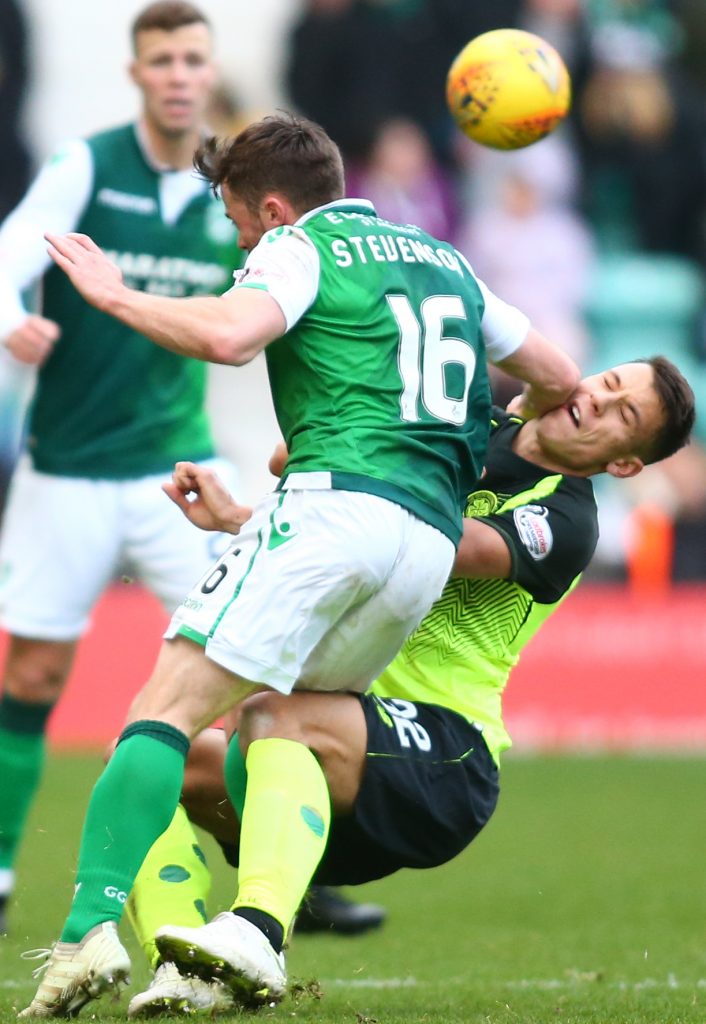 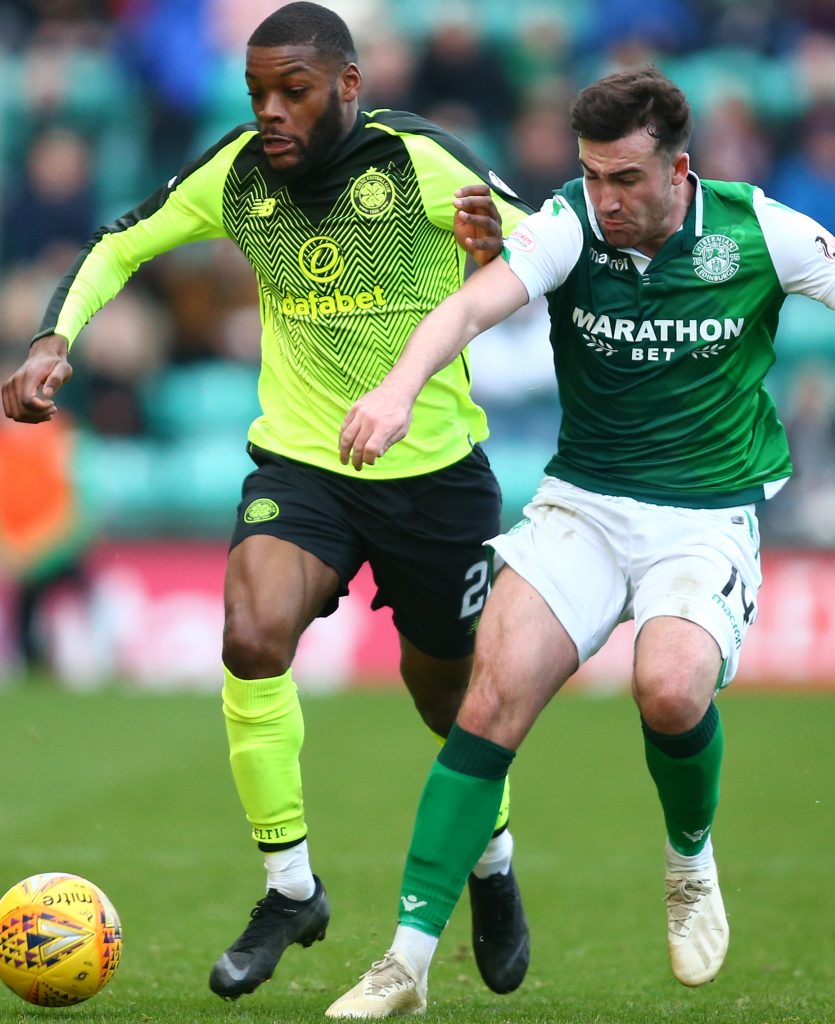 MY BALL…Olivier Ntcham nips in ahead of Stevie Mallan. 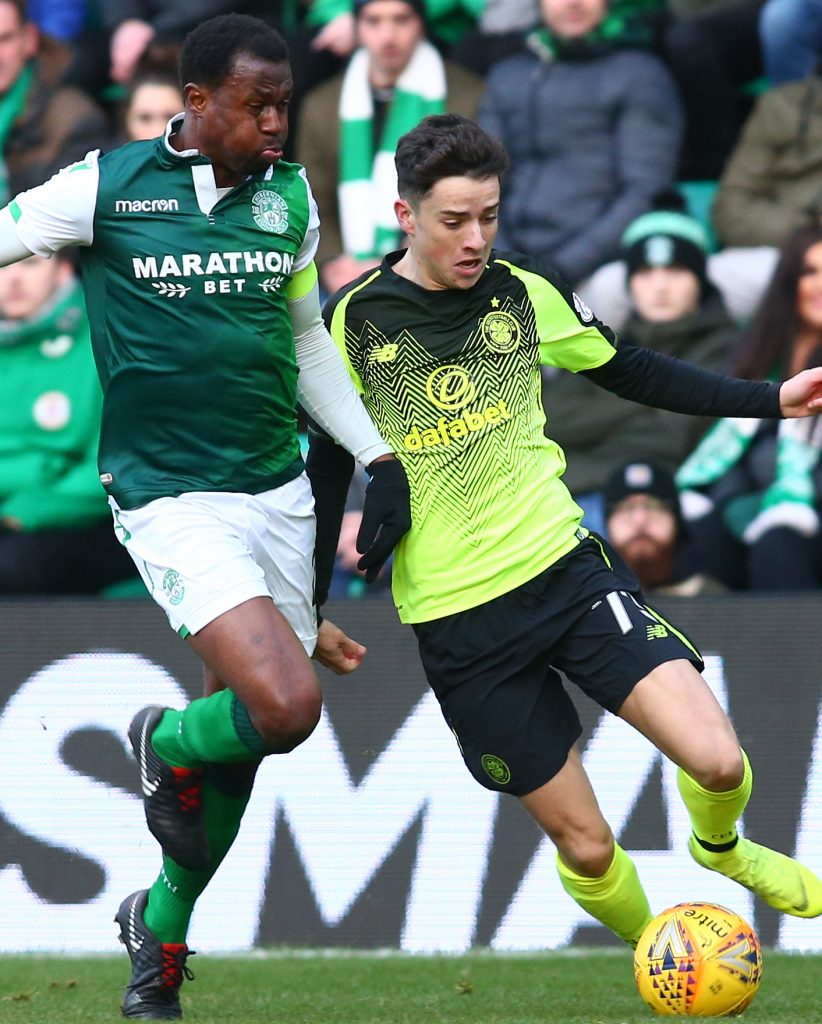 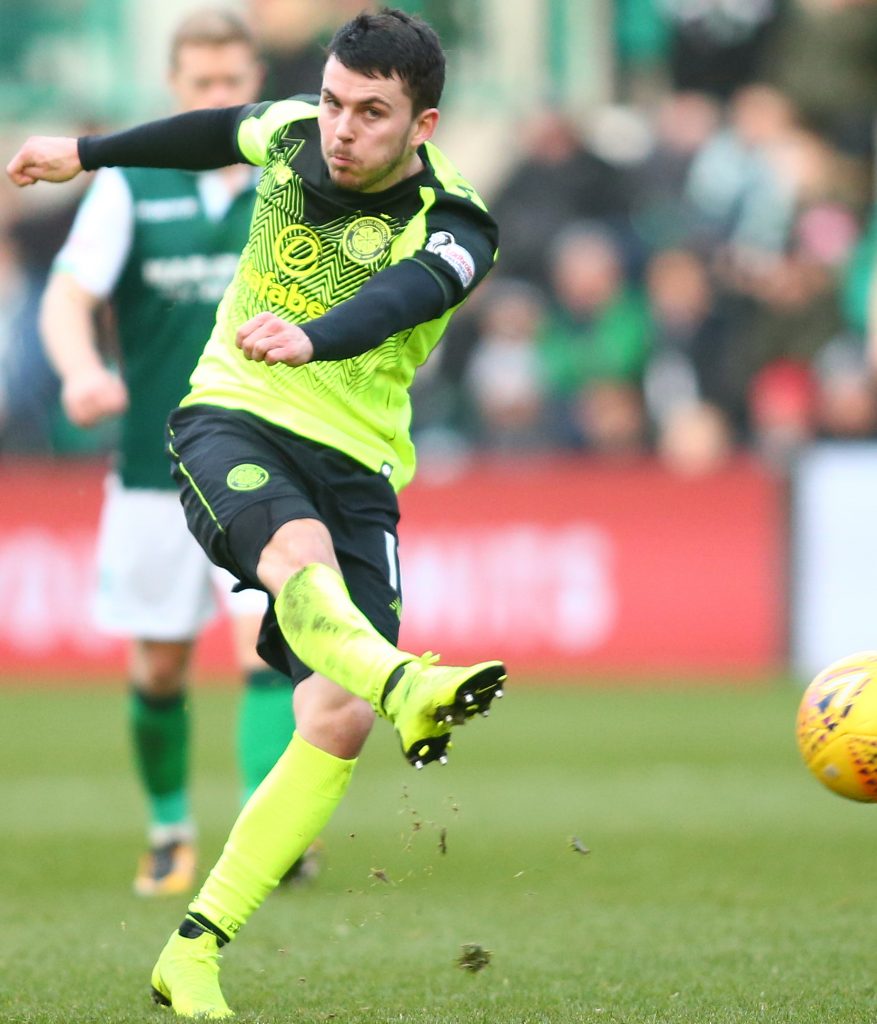 THE LAST POST…Lewis Morgan slips as he fires in the Hoops’ final effort that screwed wide of the upright.