IT was Firhill for Thrills at the weekend – and some marvellous images of Celtic kicking off the defence of the Betfred League Cup they have won for the past two years.

The silverware was the first Brendan Rodgers picked as Celtic manager following his arrival in May 2016.

He started on the trophy trail with a 3-0 triumph over Aberdeen in the Final and staged an action replay with a 2-0 success over Motherwell last season.

The holders overcame Partick Thistle 3-1 on Saturday and now they face a quarter-final date against St Johnstone at McDiarmid Park next month.

Here is a selection of excellent images from top sports photographer Geo who captured the action in Maryhill. 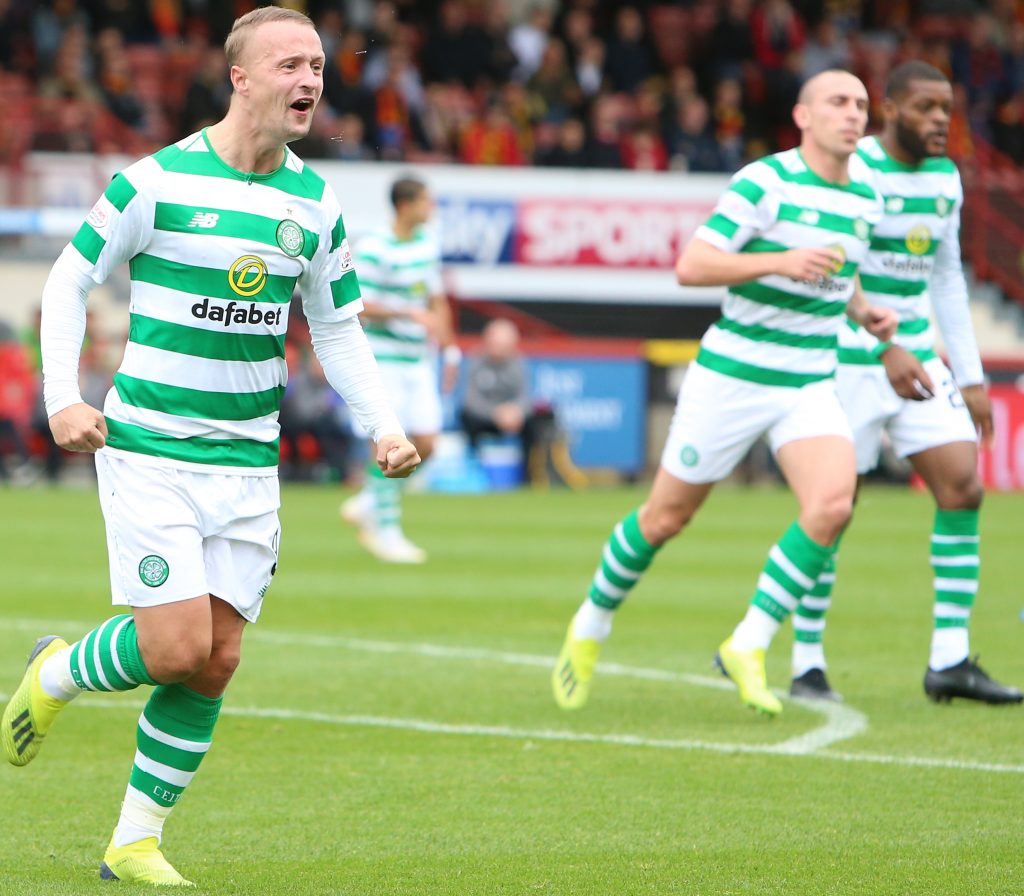 GOAL No.1…Leigh Griffiths tuns away after scoring the opener, his 99th in his Hoops career. He is on his way to thank Scott Sinclair for setting up the opportunity with skipper Scott Brown and Olivier Ntcham about to join in. 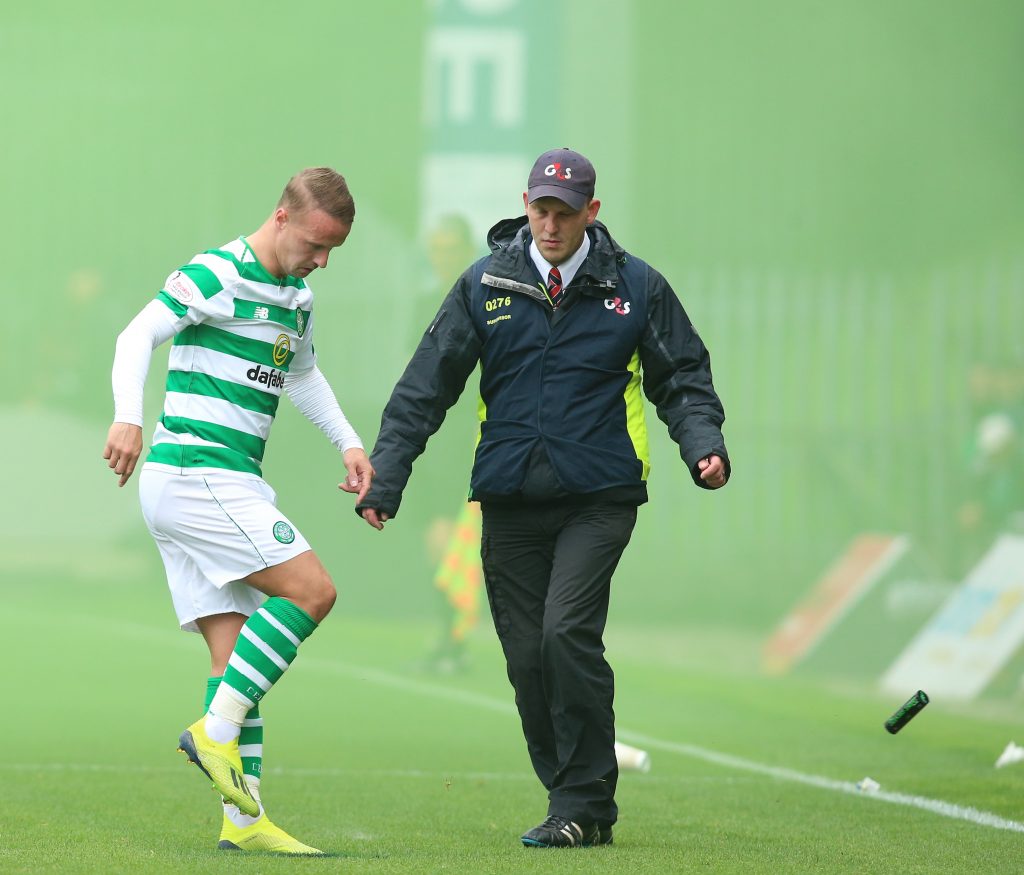 A RHAPSODY IN GREEN…Griffiths helps out after flair drops onto pitch. 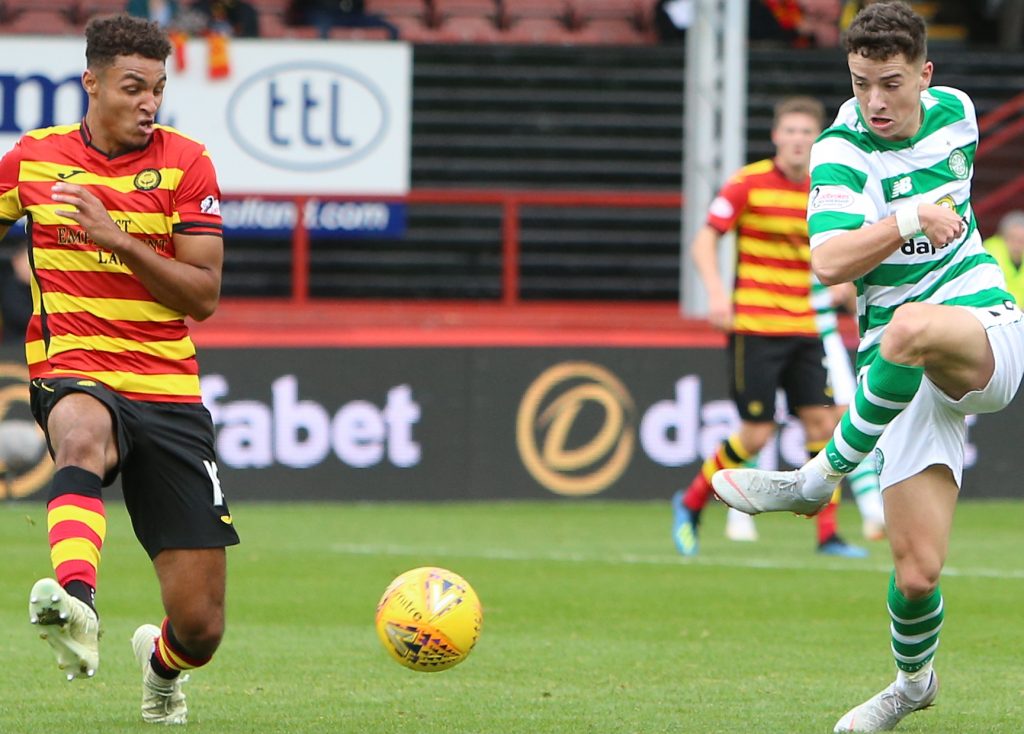 BY THE LEFT…Mikey Johnston sees a shot blocked by a Thistle defender. 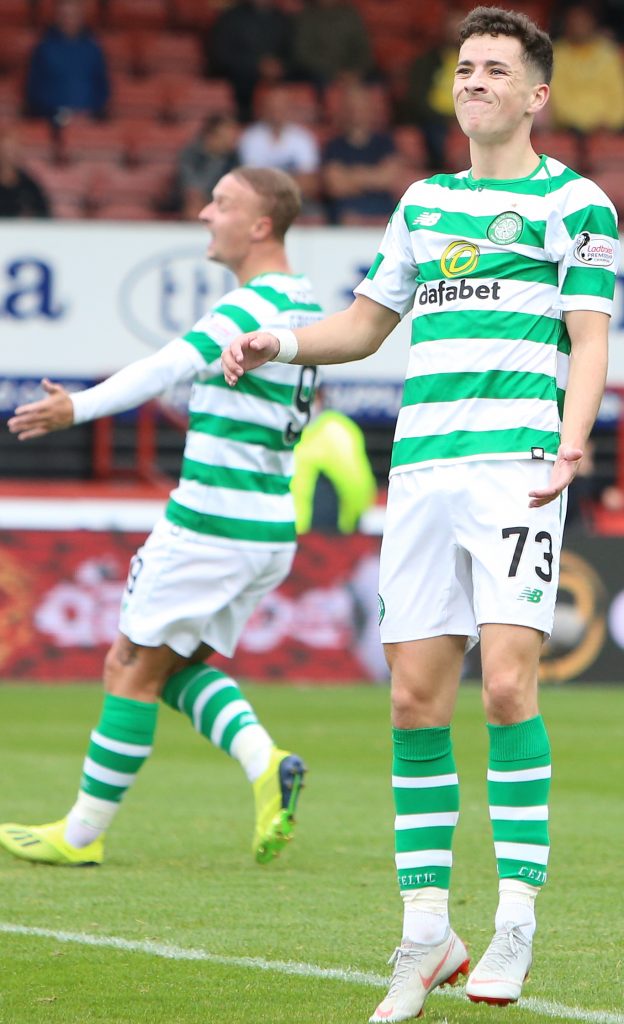 SO CLOSE…Johnston shows his frustration – as does Griffiths who wanted a pass inside! 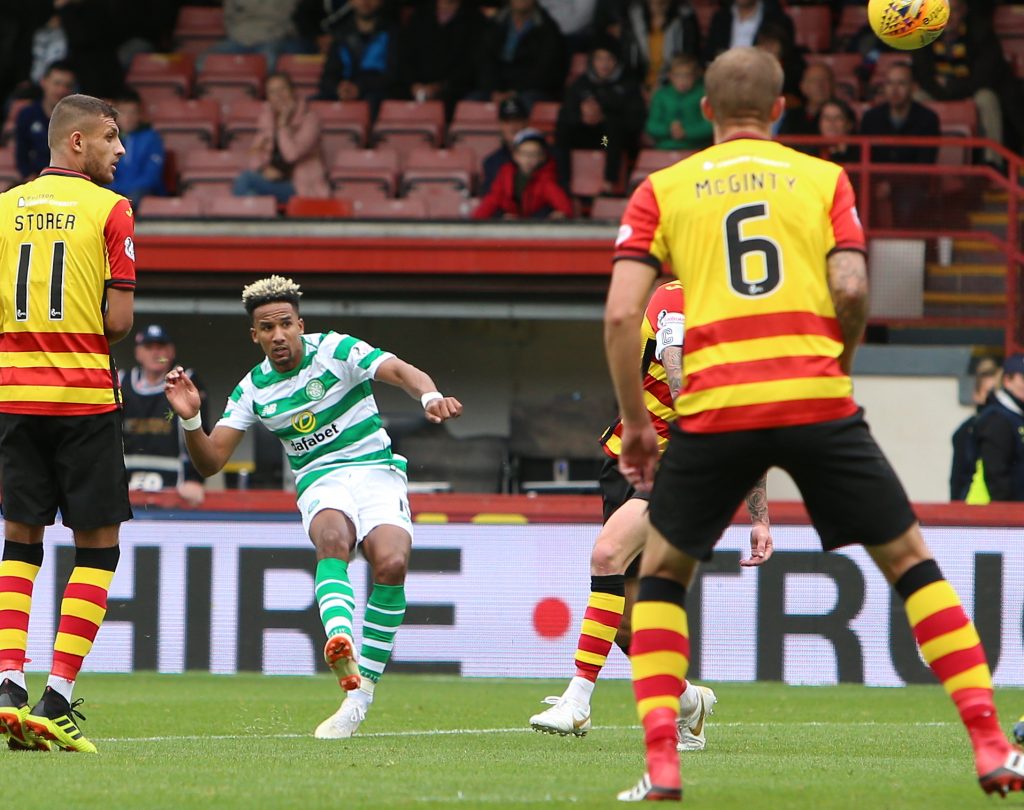 BEND IT LIKE SCOTTY…winger Sinclair curls in a right-foot effort that is just off target. 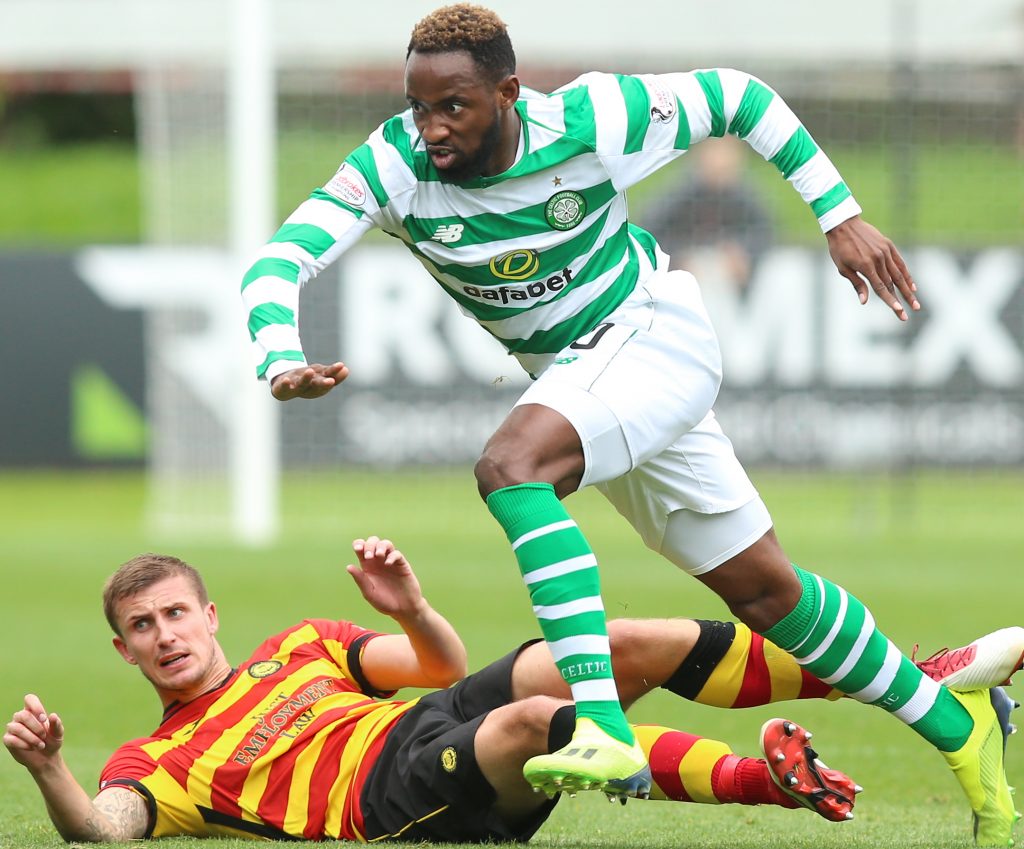 ON THE RUN…Moussa Dembele powers past a grounded Jags defender.

THUMP…mighty Moussa blasts in drive that is parried by Thistle keper Cammy Bell. 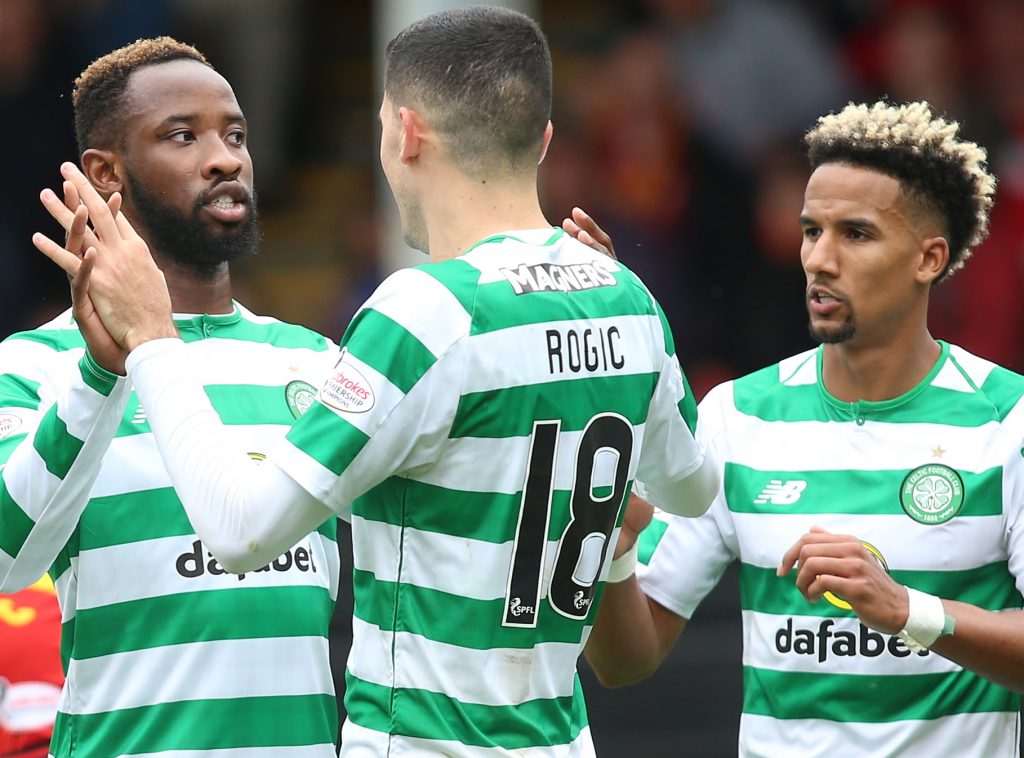 CHEERS…Dembele is congratulated by Tom Rogic and Scott Sinclair. 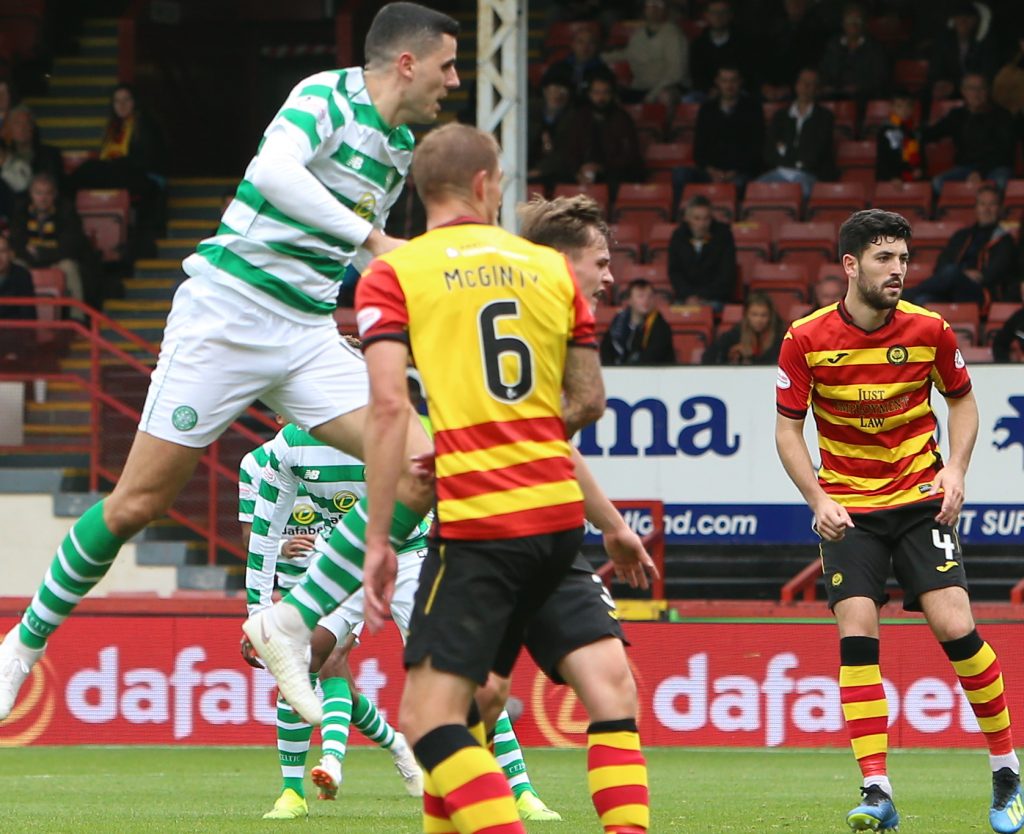 GOAL No.3…Tom Rogic is airborne after sizzling in the killer effort to make certain of victory. 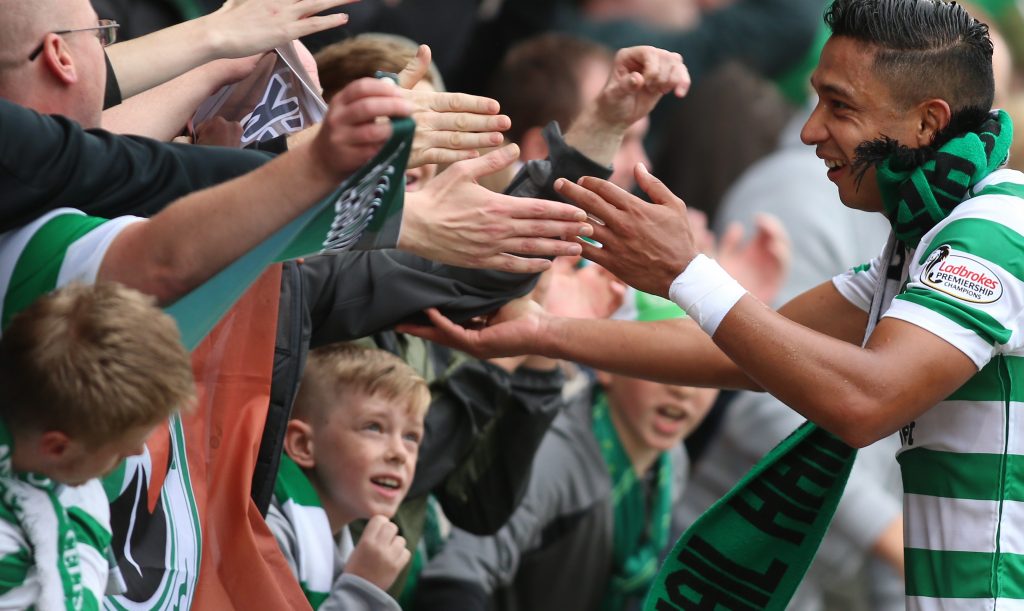 WELCOME BACK, IZZY…Honduran defender Emilio Izaguirre, after a year in ‘exile’, gets a rousing reception from the fans at the end. 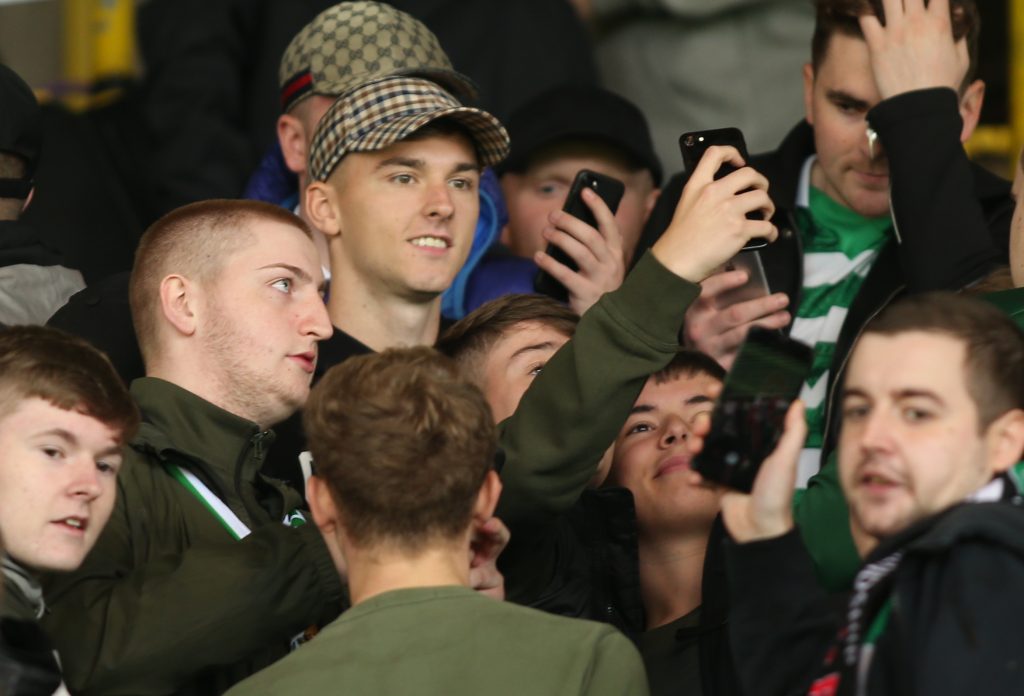 FACE IN THE CROWD…Kieran Tierney among the Celtic support in the Firhill stand. 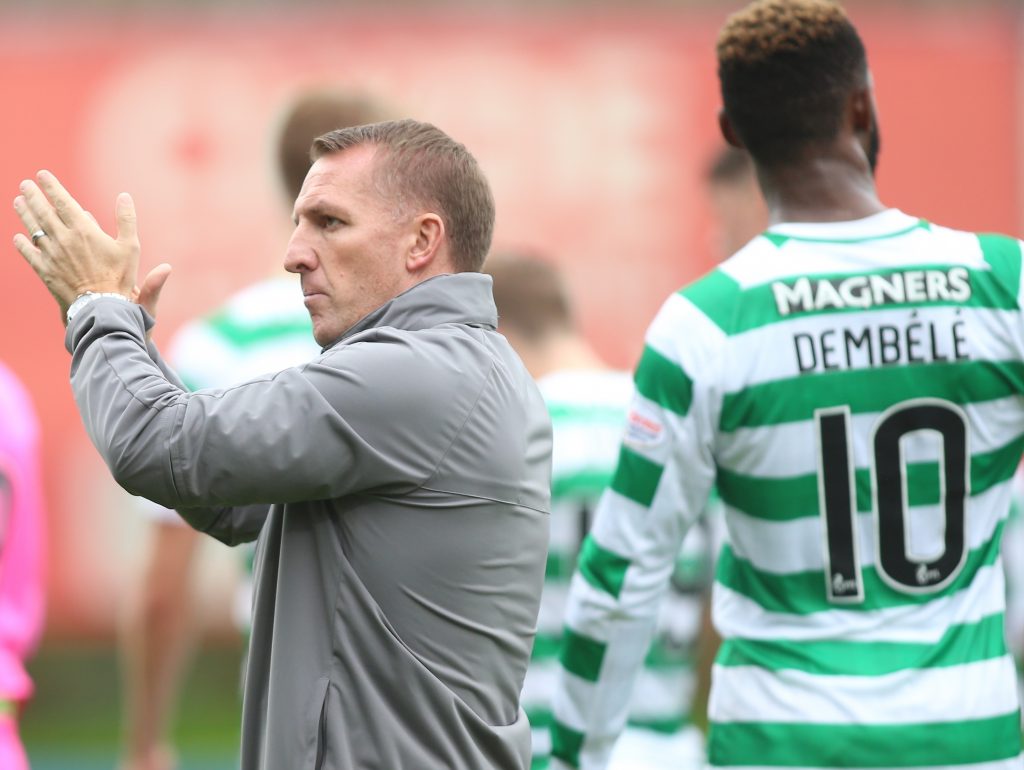 A BIG HAND FOR THE FANS…Brendan Rodgers applauds the support as he walks off with Moussa Dembele.