In fact, the last time the eight-in-a-row champions managed to celebrate a goal against these opponents was back on Saturday, August 4 2018 – the opening Premiership game of last season – when Olivier Ntcham rifled in one five minutes after the turnaround in a 3-1 triumph.

Since that sunny afternoon in the east end of Glasgow, the Hoops have failed to get the ball over Livi’s line during FIVE HOURS AND TEN MINUTES of action. That’s a jaw-dropping statistic.

Even against a rookie keeper in Matija Sarkic, making his first-team debut in the league, the Parkhead firing squad failed to make a dent in the back of his net in the latest dismal encounter.

After the 3-1 success on Flag Day in the last campaign – where Tom Rogic and Odsonne Edouard also managed to grab a goal – there was a scoreless stalemate on their awful plastic pitch on Sunday, November 11 and there was a repeat of that disappointing scoreline when Gary Holt’s outfit visited Glasgow on Saturday, April 6.

The attack, after scoring in every game, home and away, failed once more against their bogey opponents.

Maybe we shouldn’t have been too surprised.

CQN‘s ace lensmen were at the Tony Macaroni stadium to capture Scotland’s title kings’ latest attempts to unlock the Livi backdoor and give their supporters something to cheer. 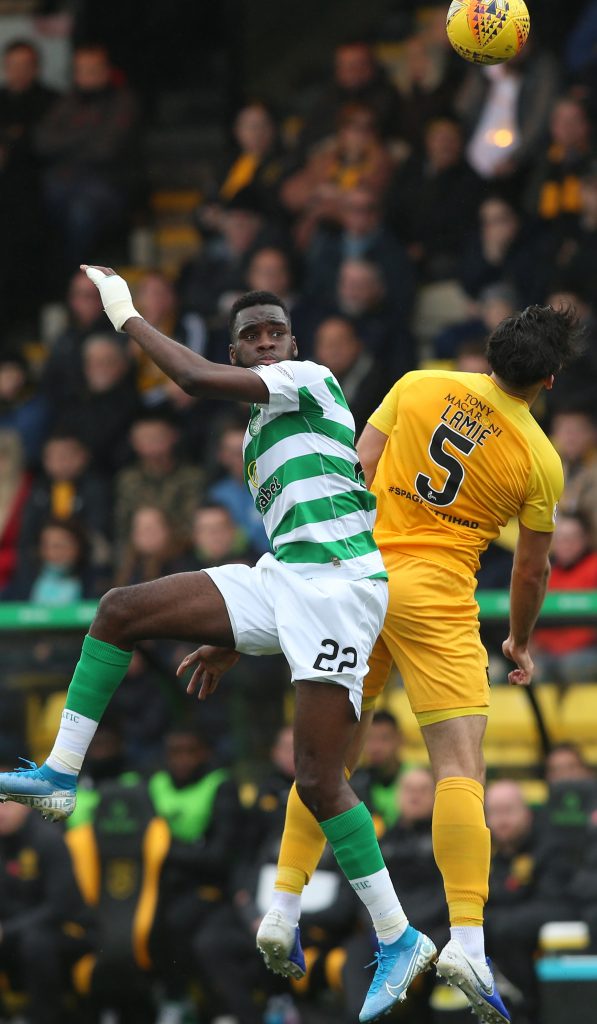 ON THE RISE…Odsonne Edouard challenges Livi centre-back Ricki Lamie for a high ball. 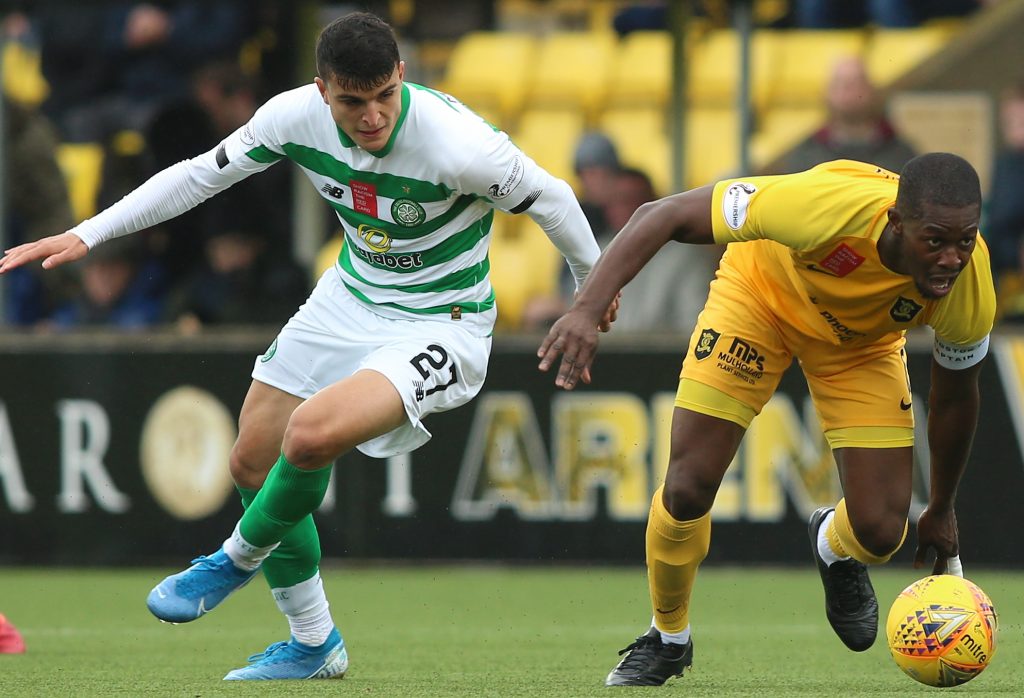 ON THE RUN…Mohamed Elyounoussi takes on defender Marvin Bartley. 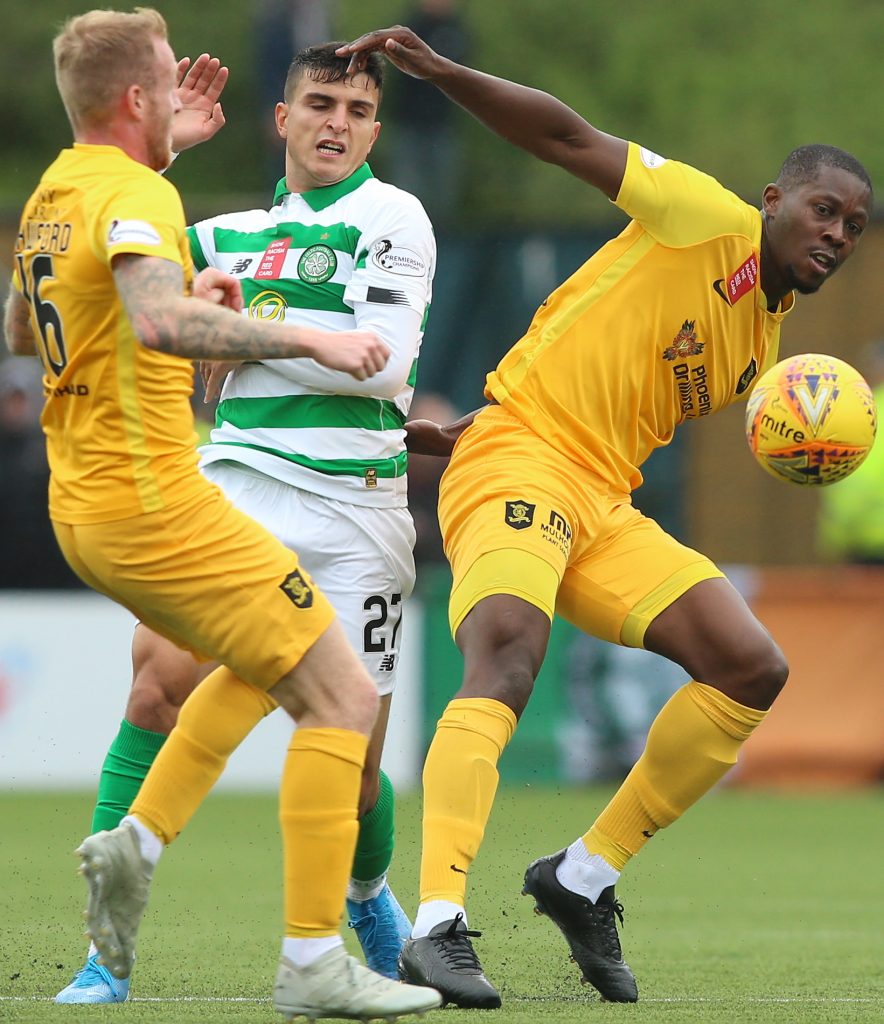 TWO v ONE…Elyounoussi finds it difficult to make a breakthrough. 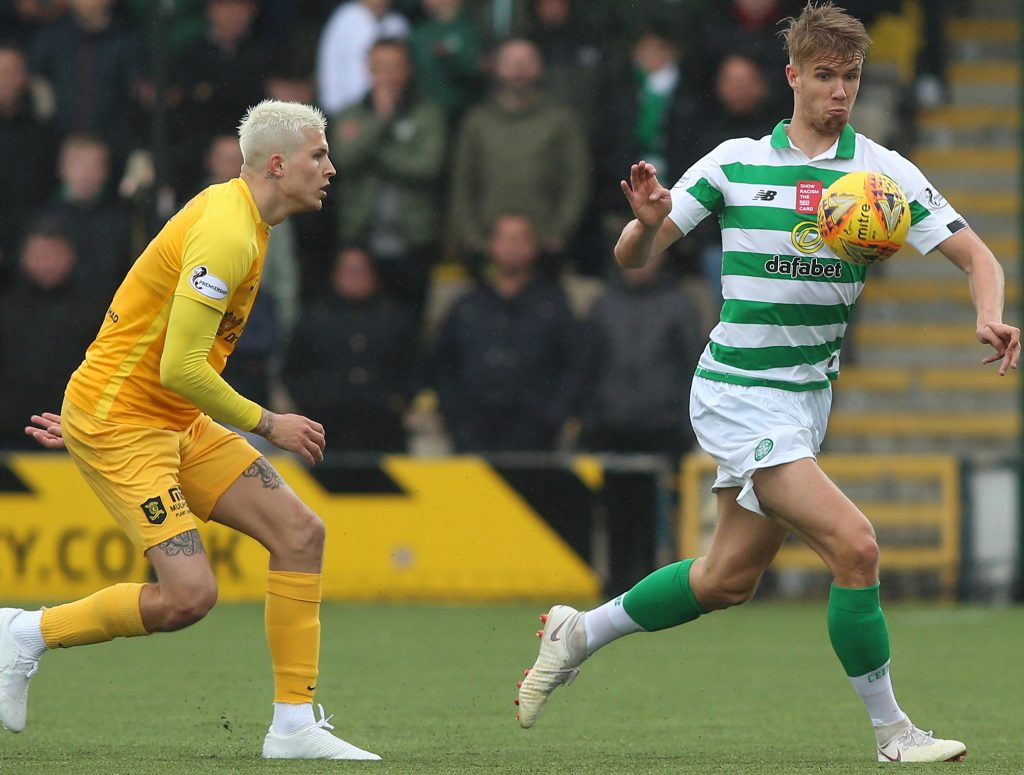 EYES ON THE BALL…Kristoffer Ajer looks apprehensive with Lyndon Dykes hovering close by. 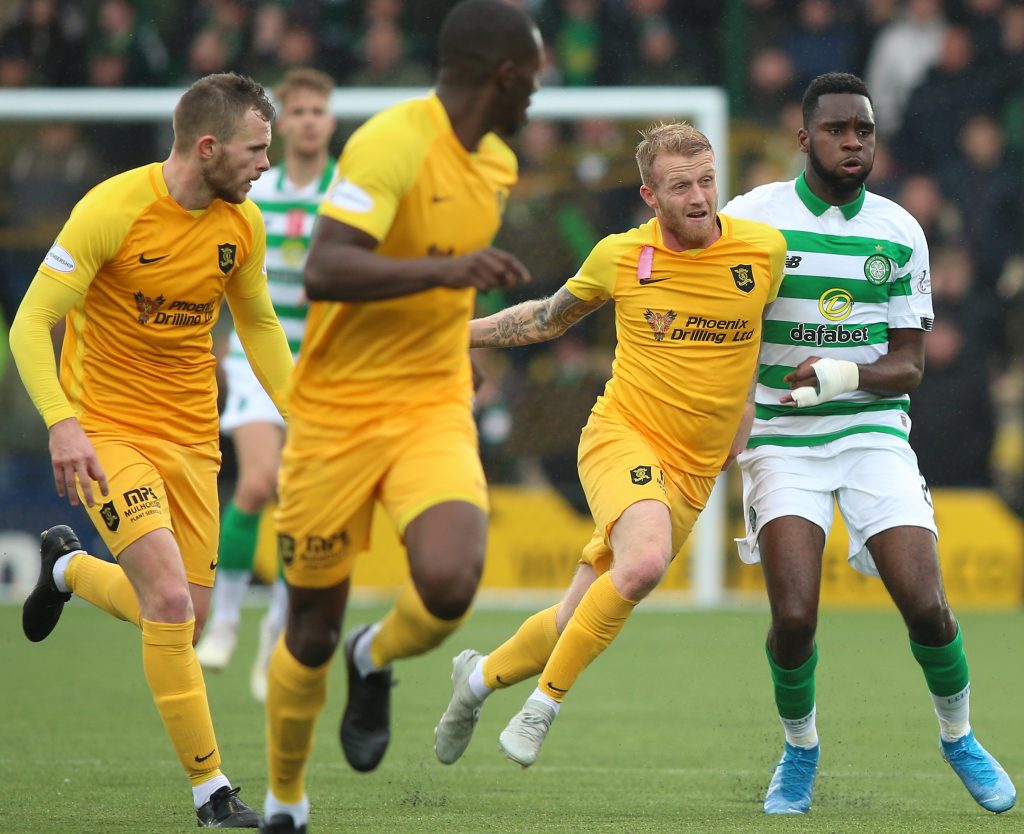 THE YELLOW WALL…Odsonne Edouard is crowded out.

HAND IT TO HIM…keeper Matija Sarkic saves a half-hit attempt by Kristoffer Ajer. 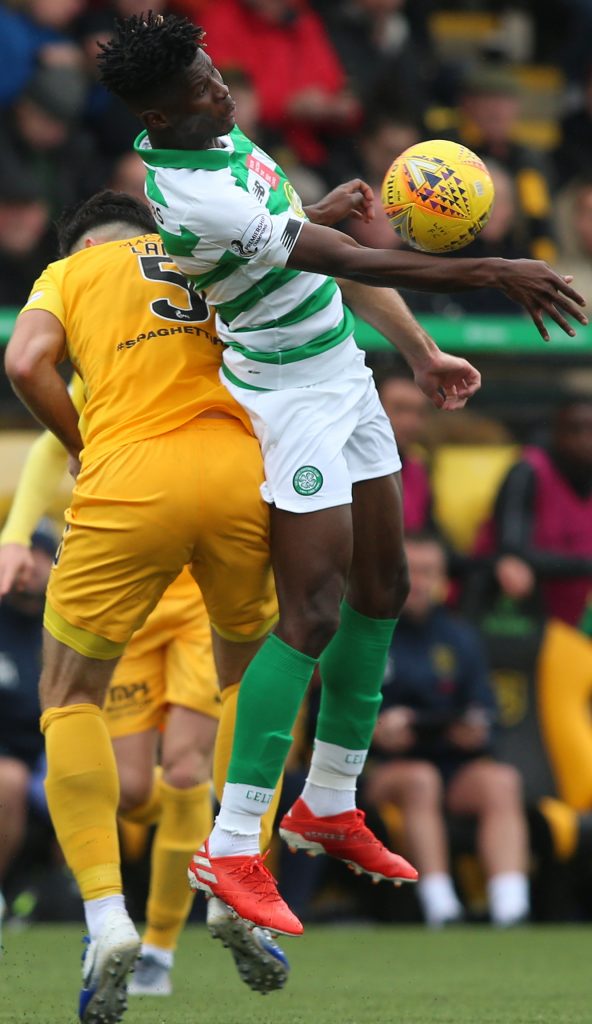 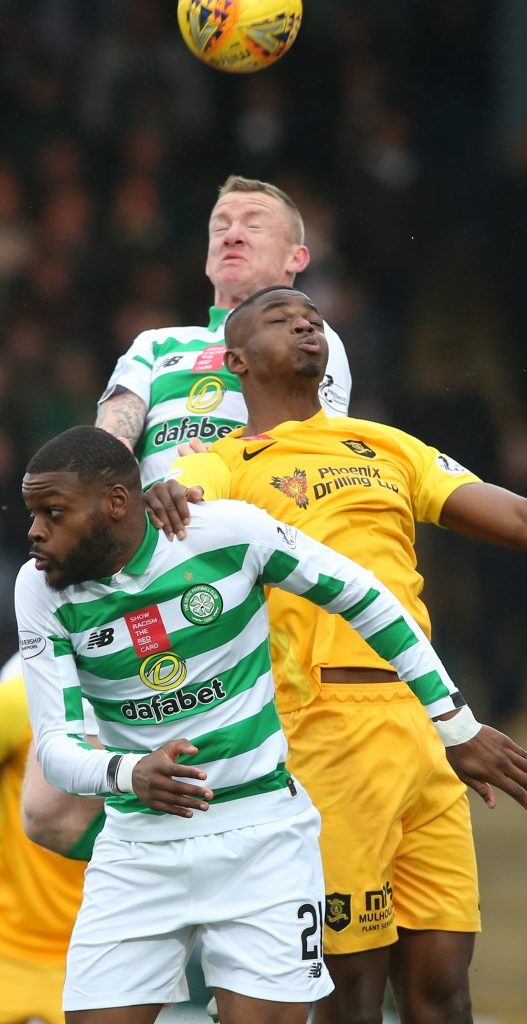 S-T-R-E-T-C-H…Jonny Hayes makes a valiant attempt to get to a high ball while Olivier Ntcham remains grounded. 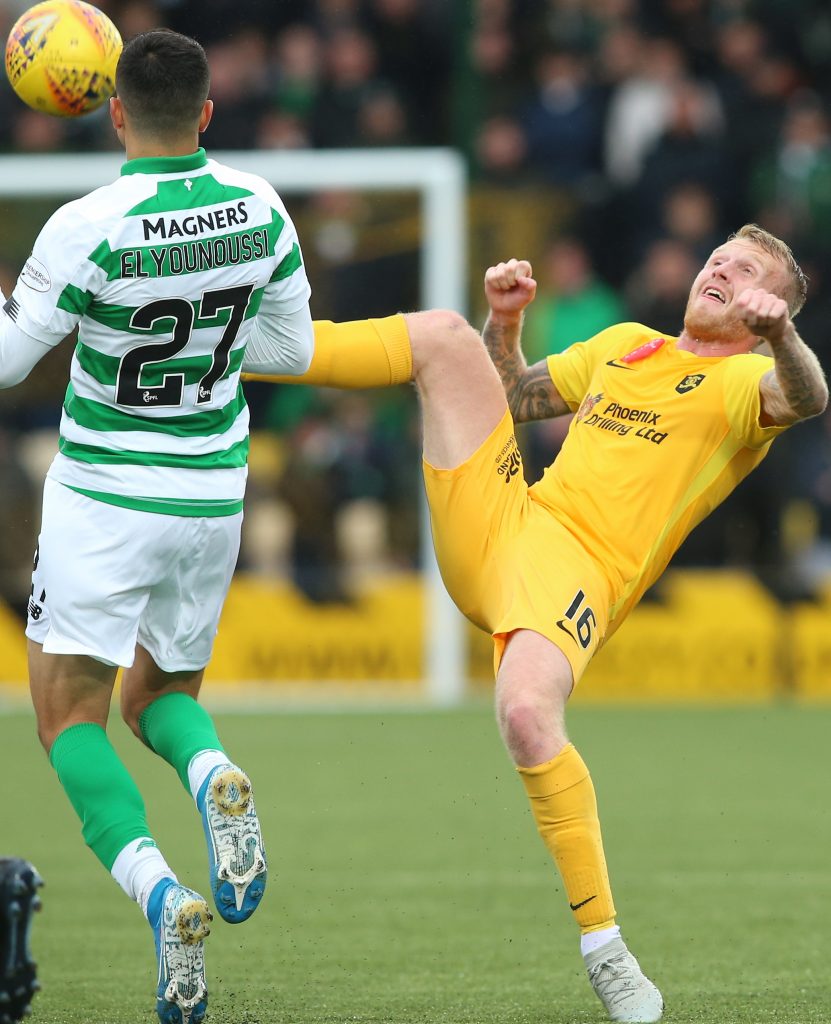 NOT PRETTY BUT EFFECTIVE…a Livi defender clears from Elyounoussi. 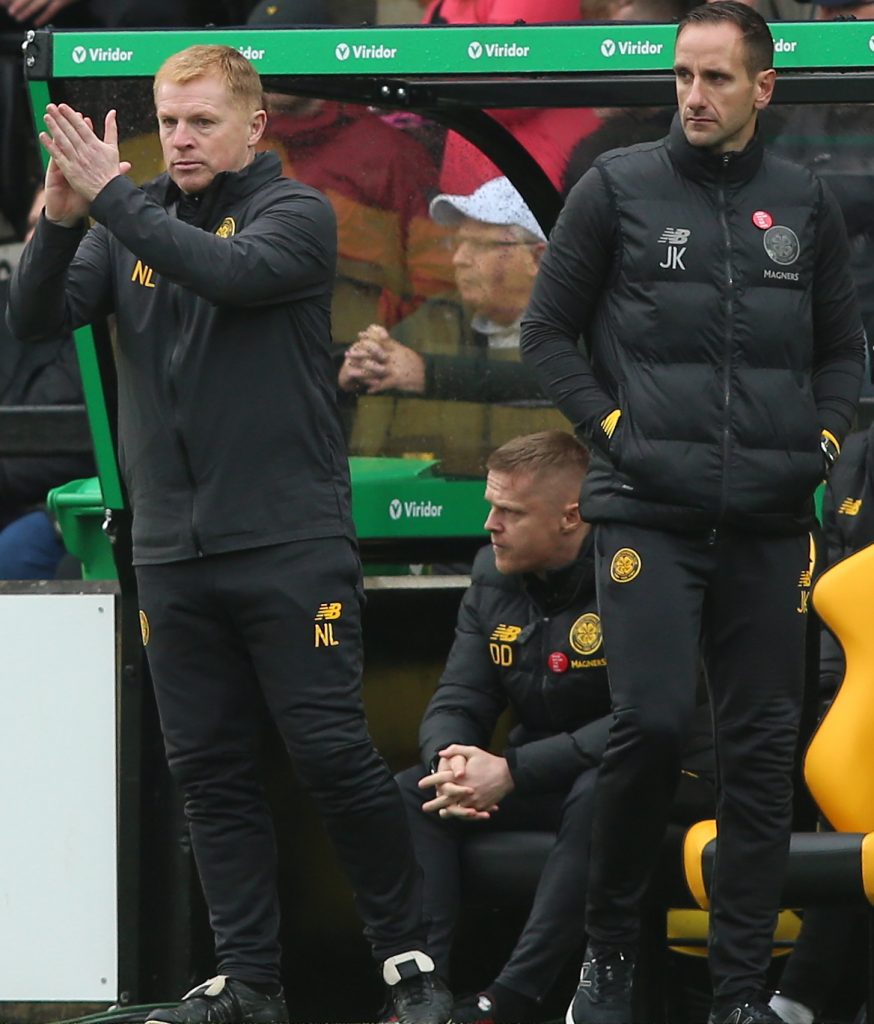 THREE CHEERS…Neil Lennon tries to rally the troops while John Kennedy looks on and Damien Duff sits it out. 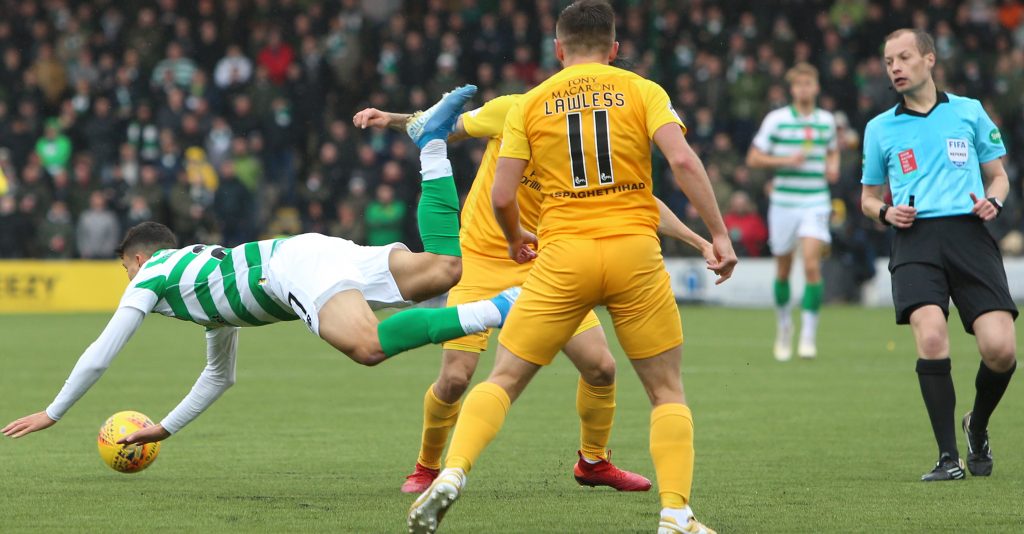 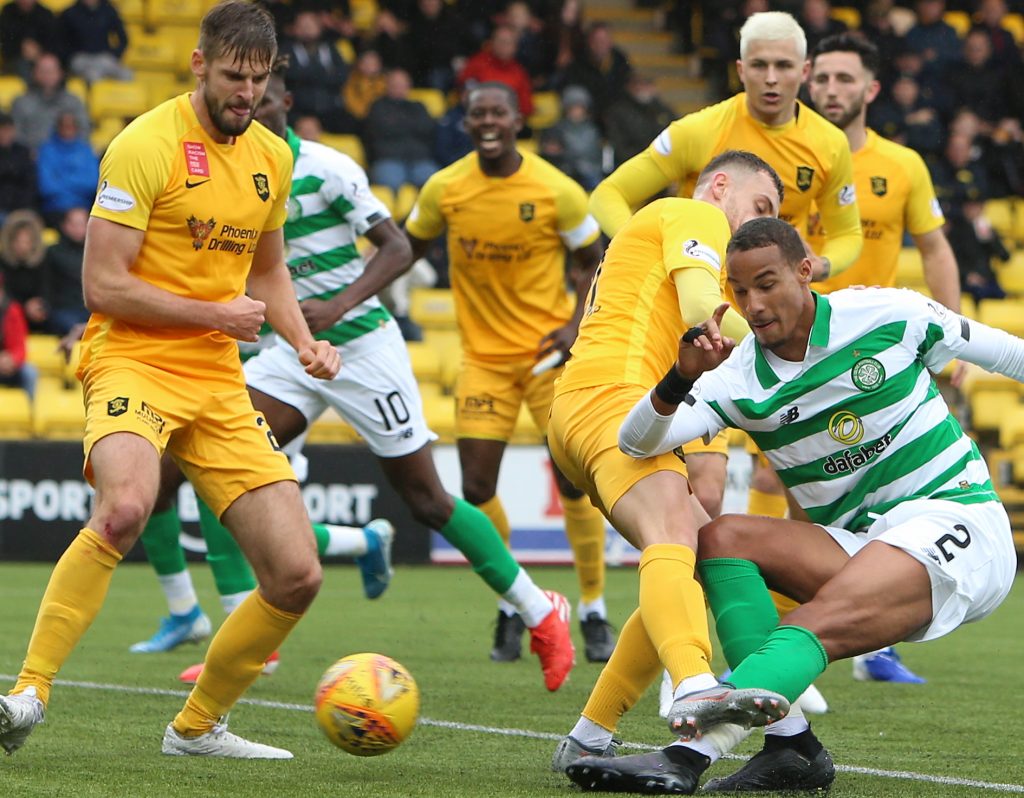 NO WAY THROUGH…Christopher Jullien tries in vain to get a shot on target. 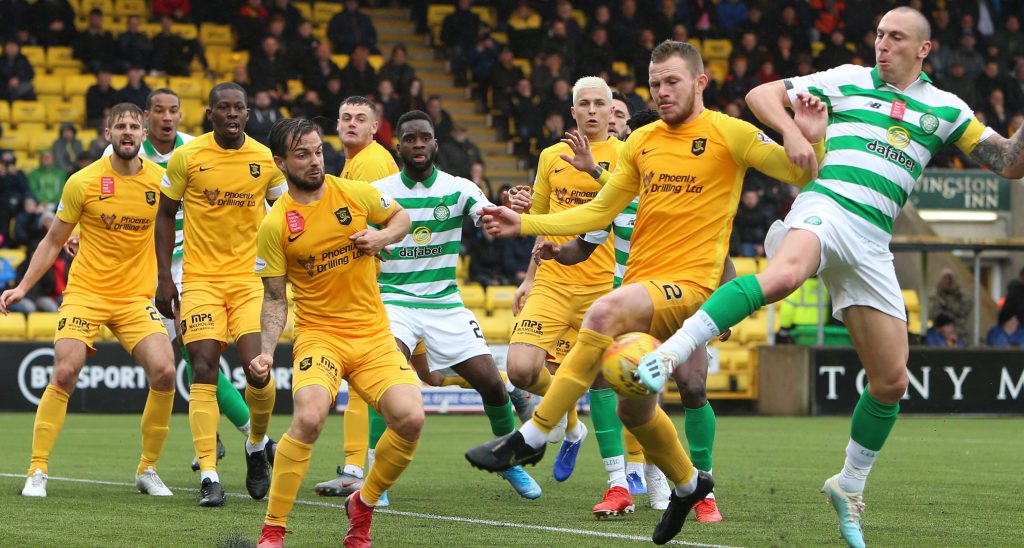 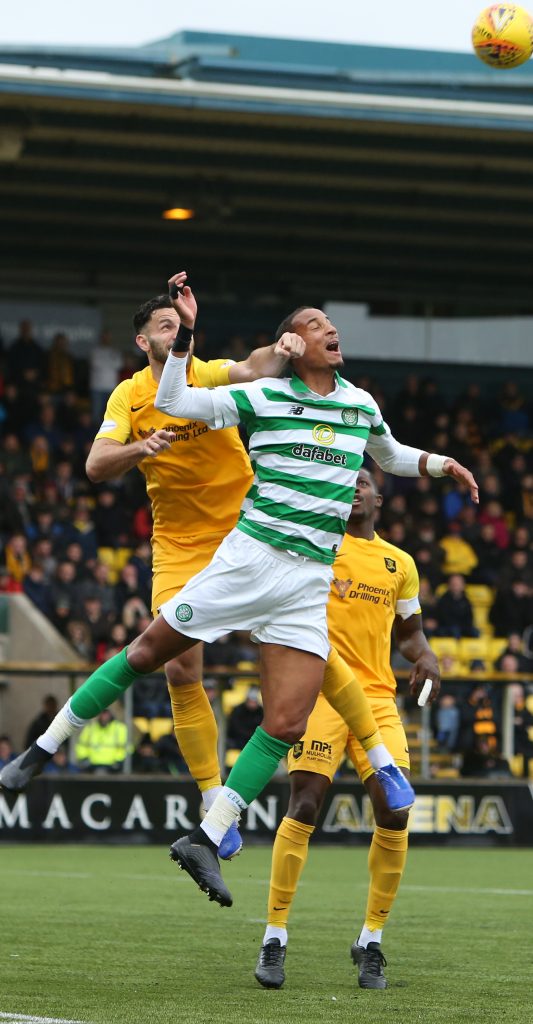 STRONG ARM TACTICS…Christopher Jullien gets it in the neck as Ricki Lamie makes a determined challenge. 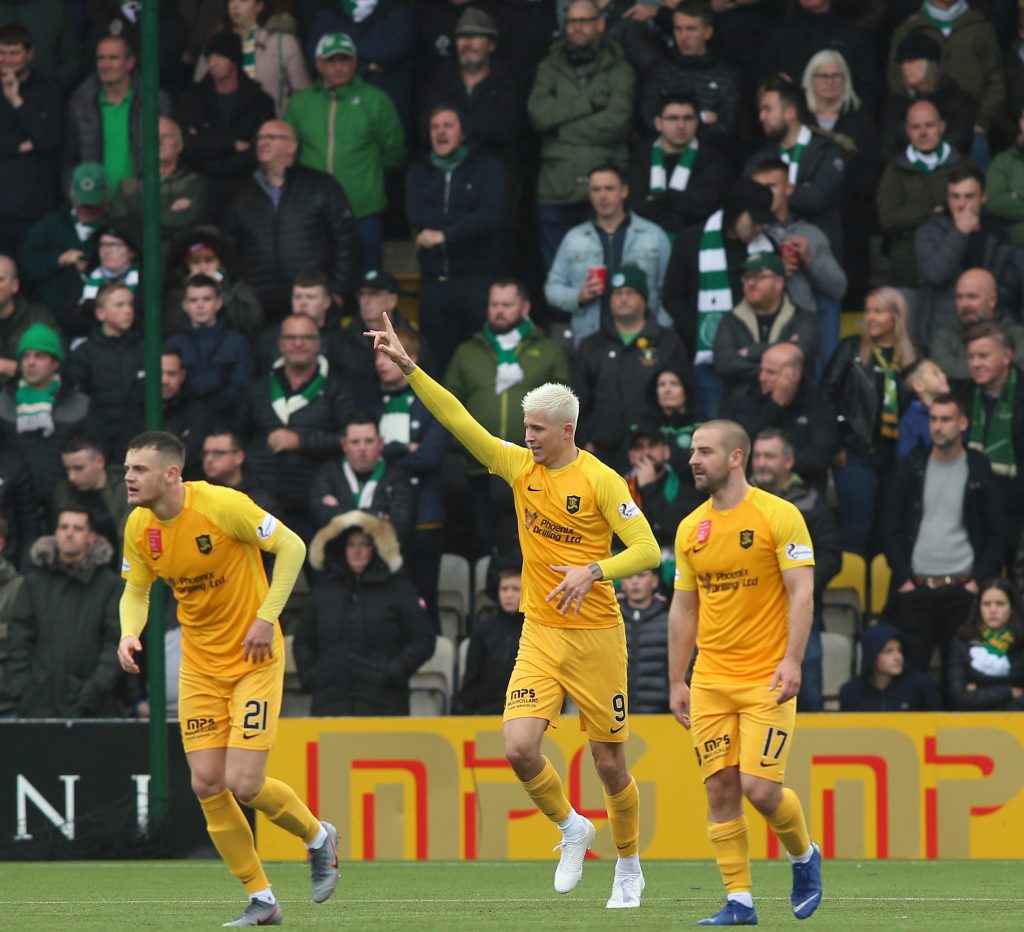 EXCUSE US IF WE DON’T JOIN IN…Lydon Dykes celebrates his team’s second goal – but the fans don’t seem overly-impressed.