CELTIC skipper Scott Brown did the Hoopy Hurdle at Hampden this afternoon after Tom Rogic had swept in the opening goal against Sevco Rangers in the runaway 4-0 triumph in the Scottish Cup semi-final.

The midfielder was the air apparent as he took off to join in with the celebrating team-mates  as another massive win over the Ibrox side beckoned – the third four-goal winning margin in an unbeaten 10-game sequence. 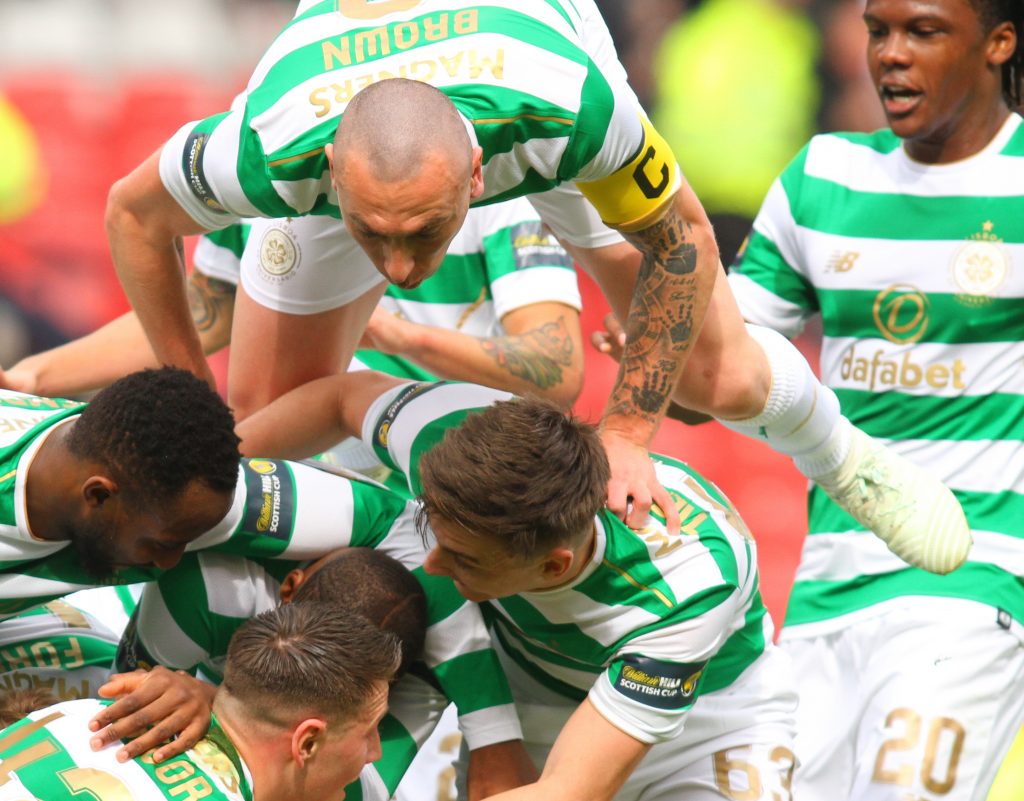 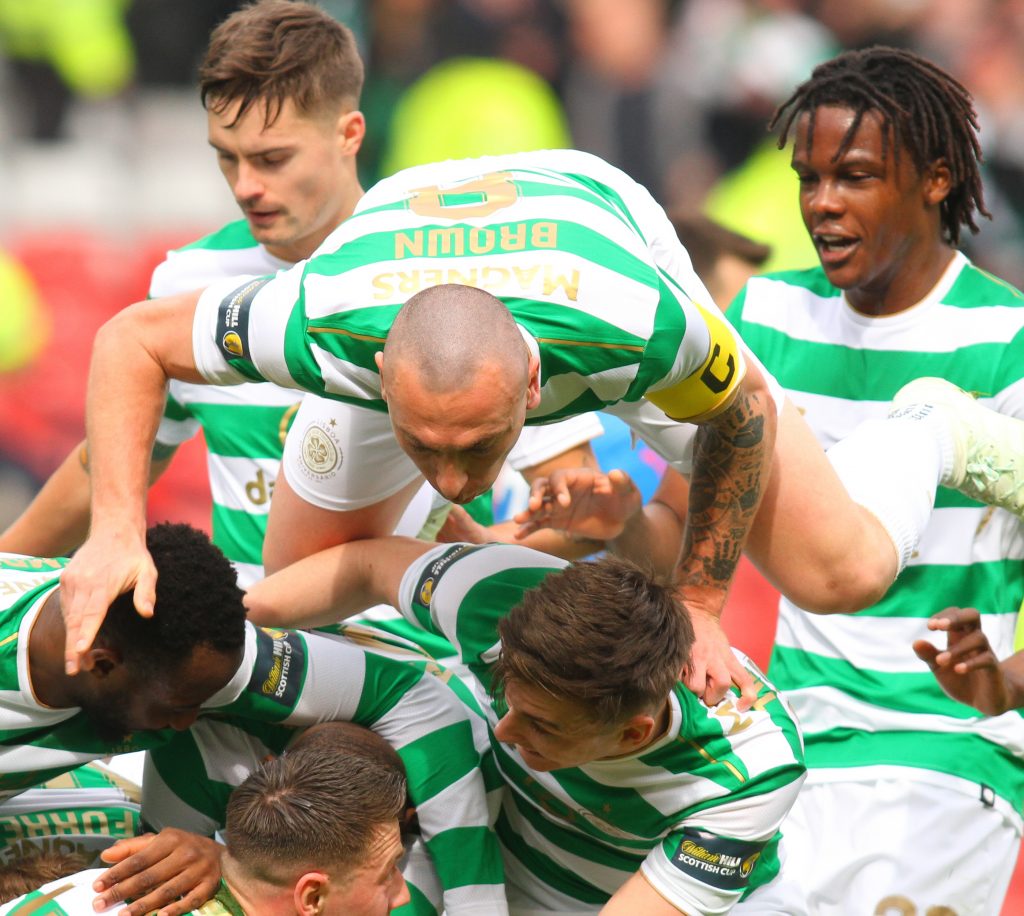 OOPS…Broony realises he might just have overdone the take-off. 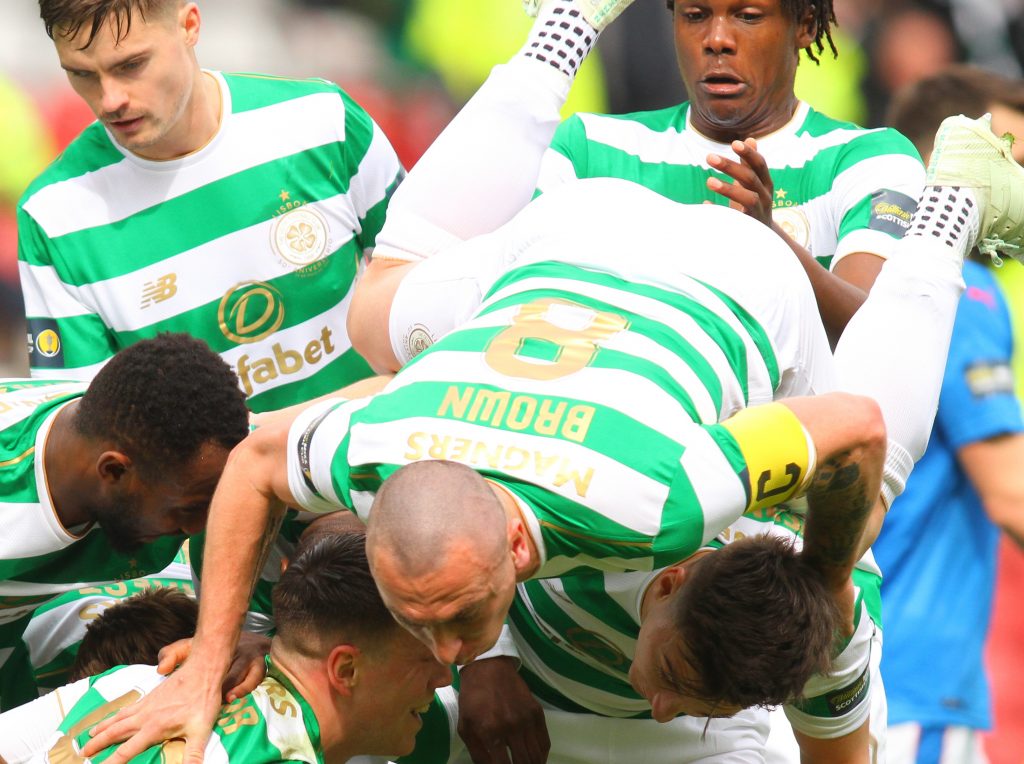 COMING DOWN TO LAND…the Hoops skipper overshoots the runaway as Boyata
looks a tad concerned. 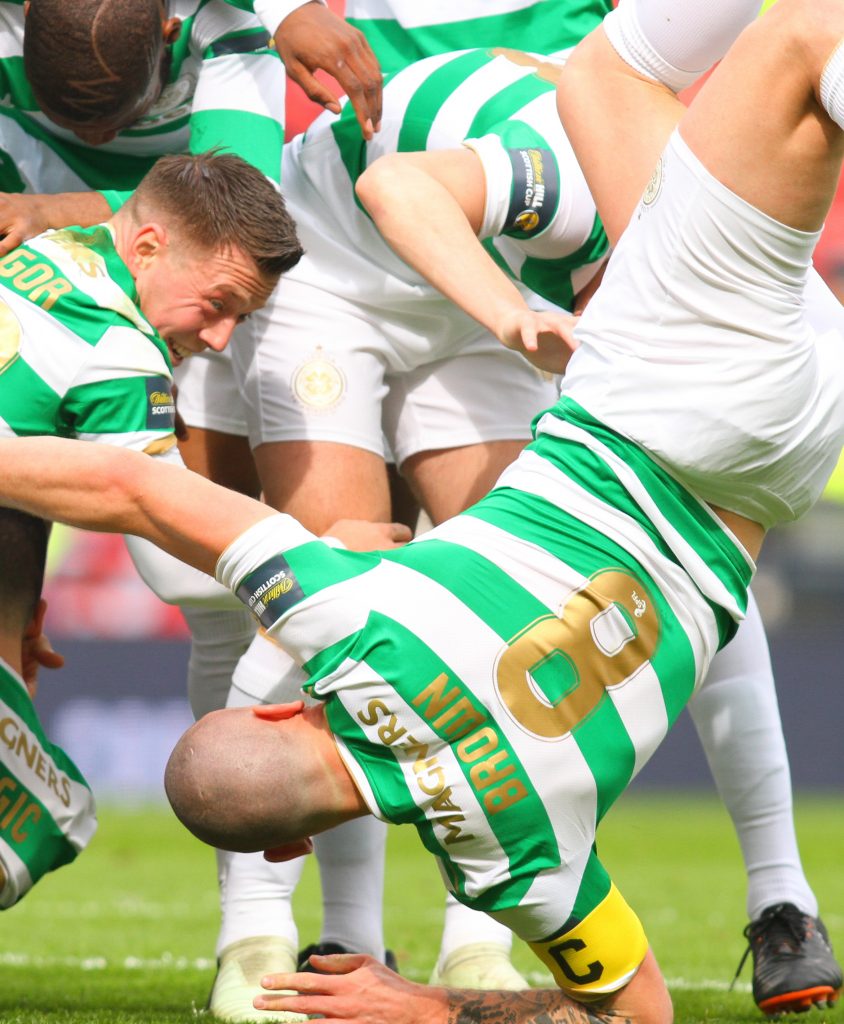 THE EGO HAS LANDED…Broony comes back to earth, much to the amusement of McGregor. At the end, though, the onfield leader and his delighted team-mates
were all walking on air. Pictures: Geo.