JAMES FORREST will be hoping to be to the four against Aberdeen in the Betfred League Cup Final at Hampden this afternoon.

Amazingly, the Celtic winger has scored in three successive silverware showdowns in the competition and he’ll be looking to continue the run against the Dons.

CQN‘s ace lensman Geo has been on the spot to cover the goal exploits of Forrest over the years. 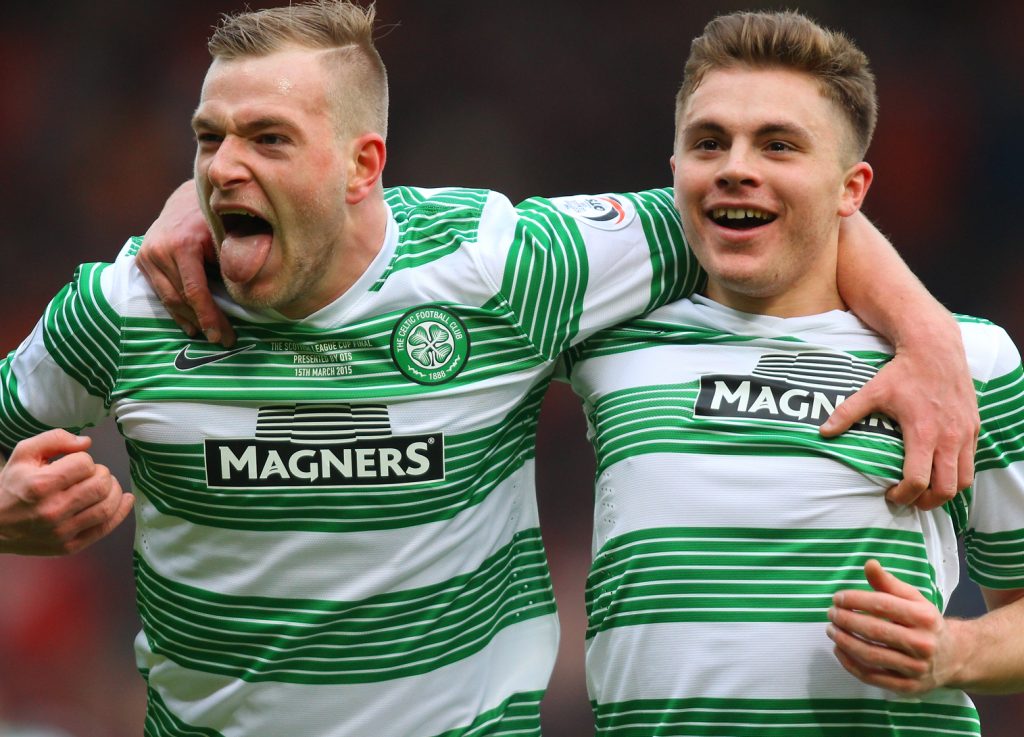 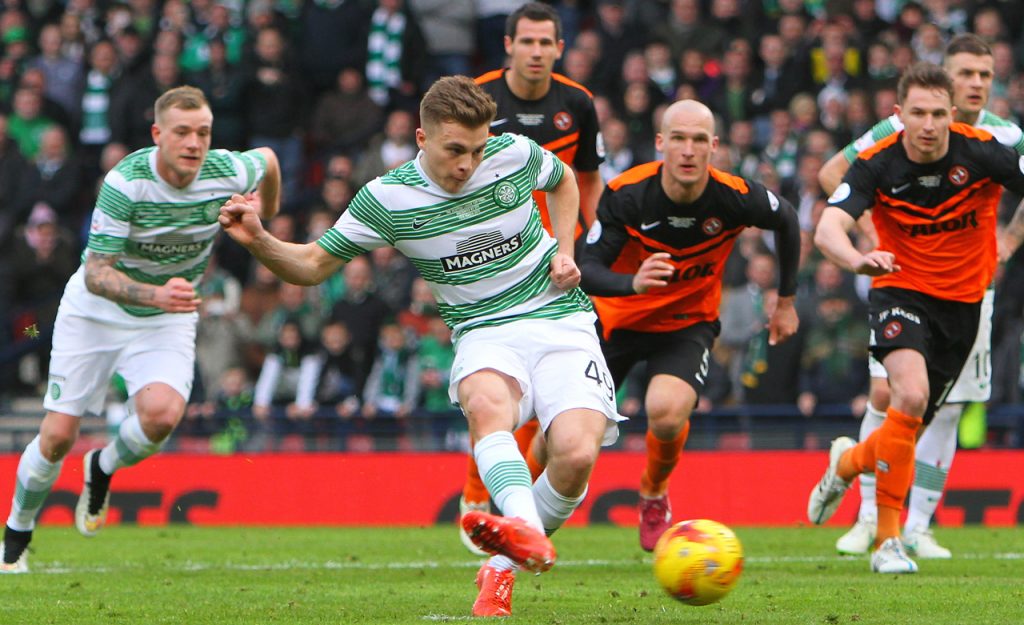 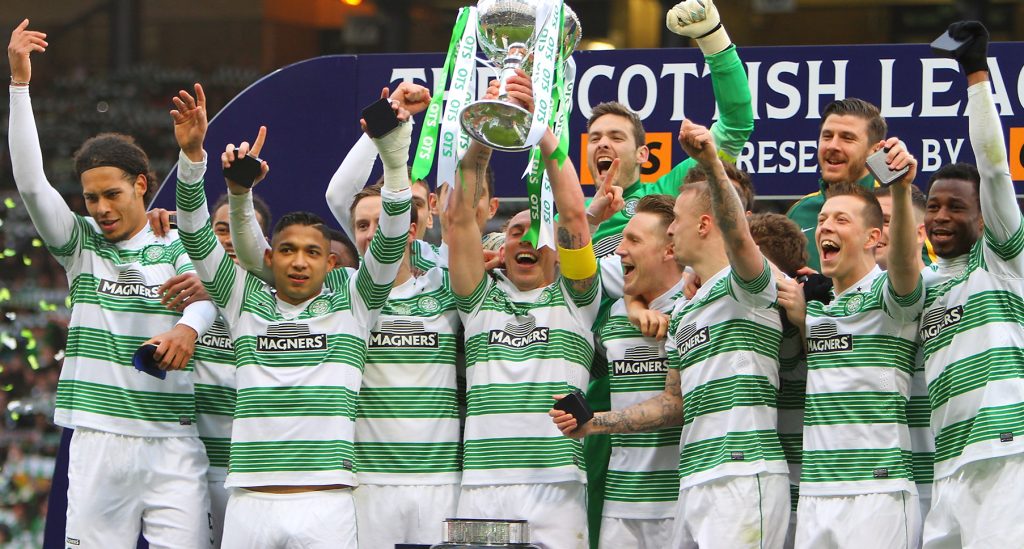 CAMERA SHY…James Forrest is hidden behind Leigh Griffiths as the Hoops celebrate their victory. 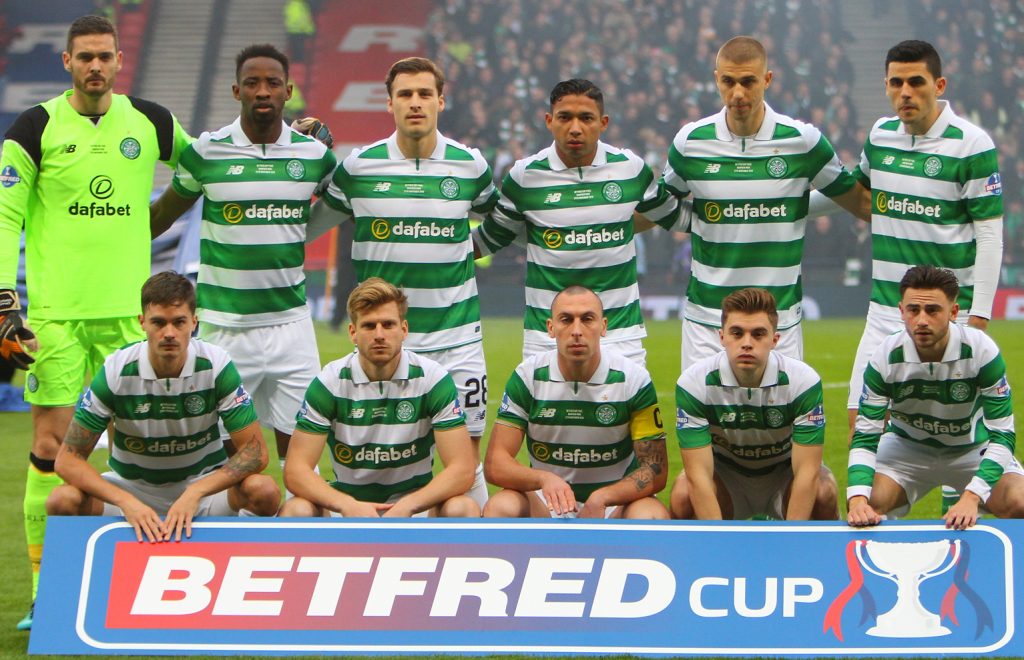 THAT GOAL-DEN FEELING…James Forrest turns away after scoring the second goal as he leaves Dons defenders Anthony O’Connor and Andrew Considine grounded. 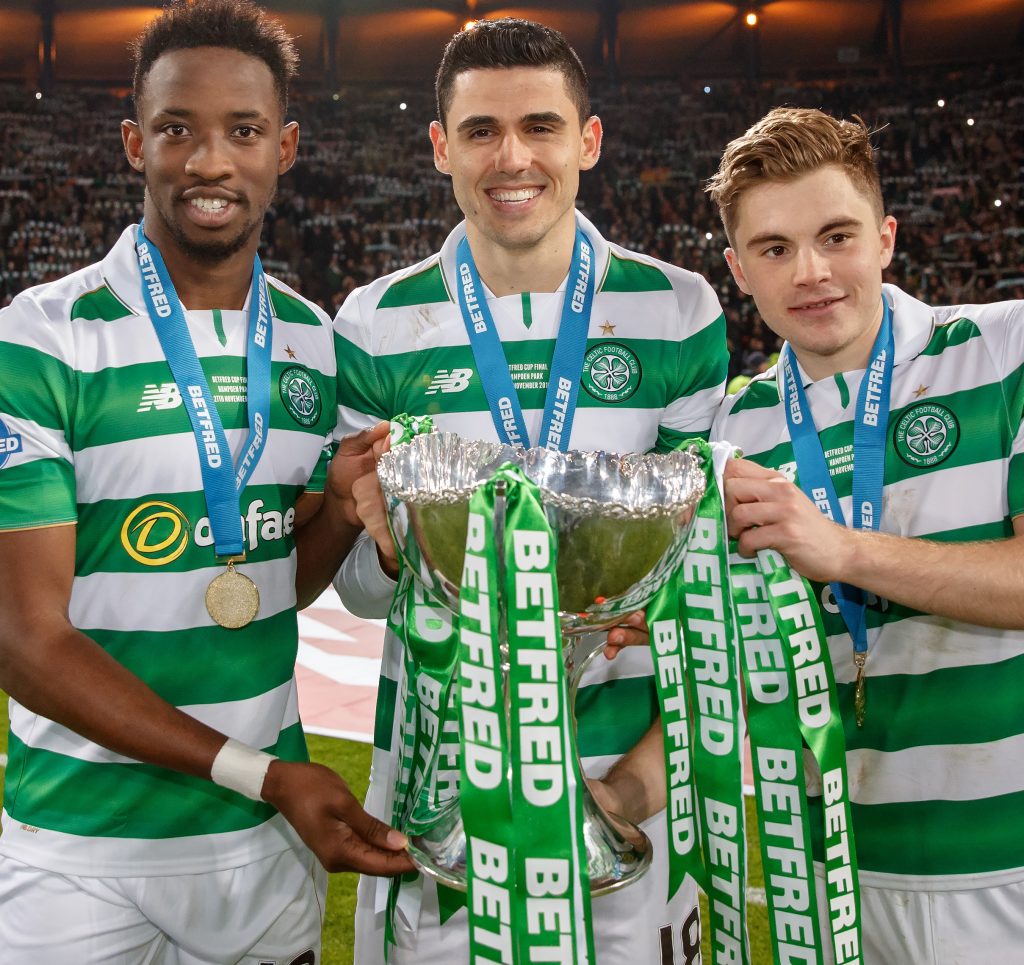 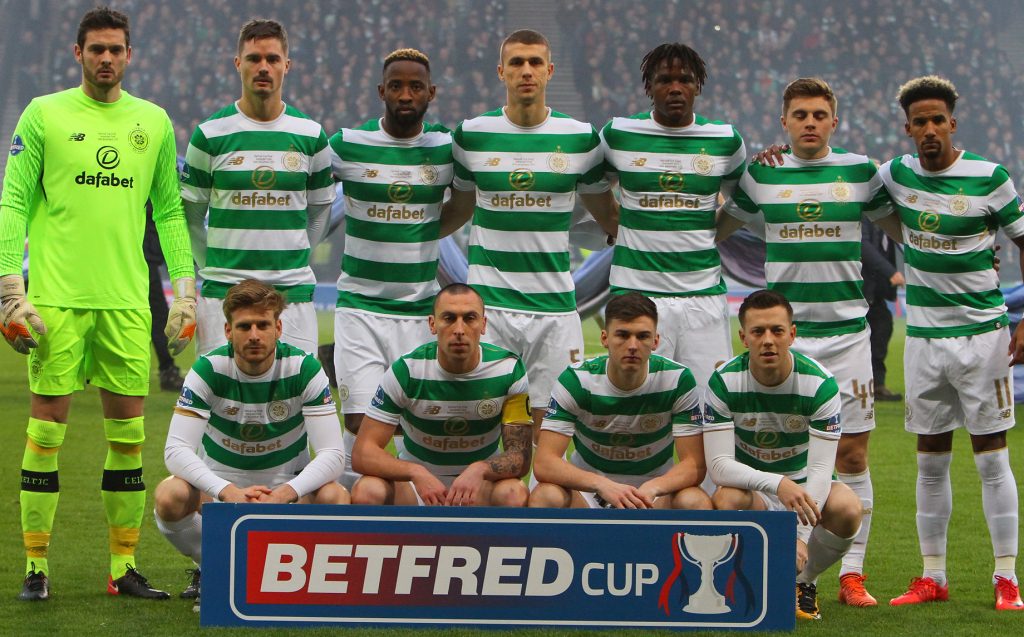 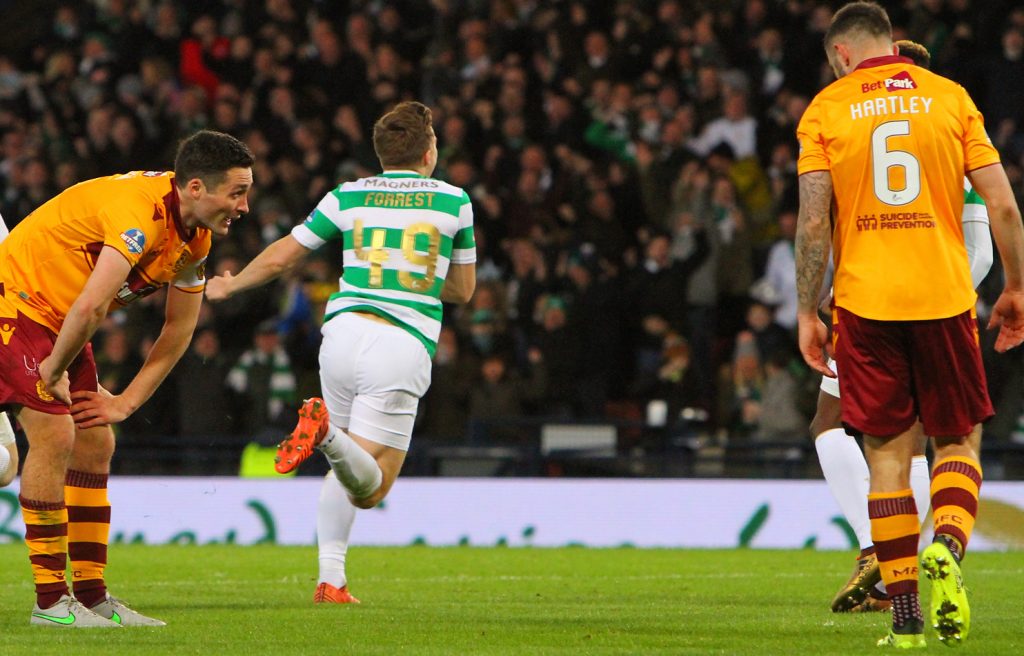 THIRD TIME LUCKY…James Forrest scores in his third consecutive Betfred League Cup Final as he gets the opener against Motherwell. Chris McHugh and Peter Hartley don’t share in his delight. 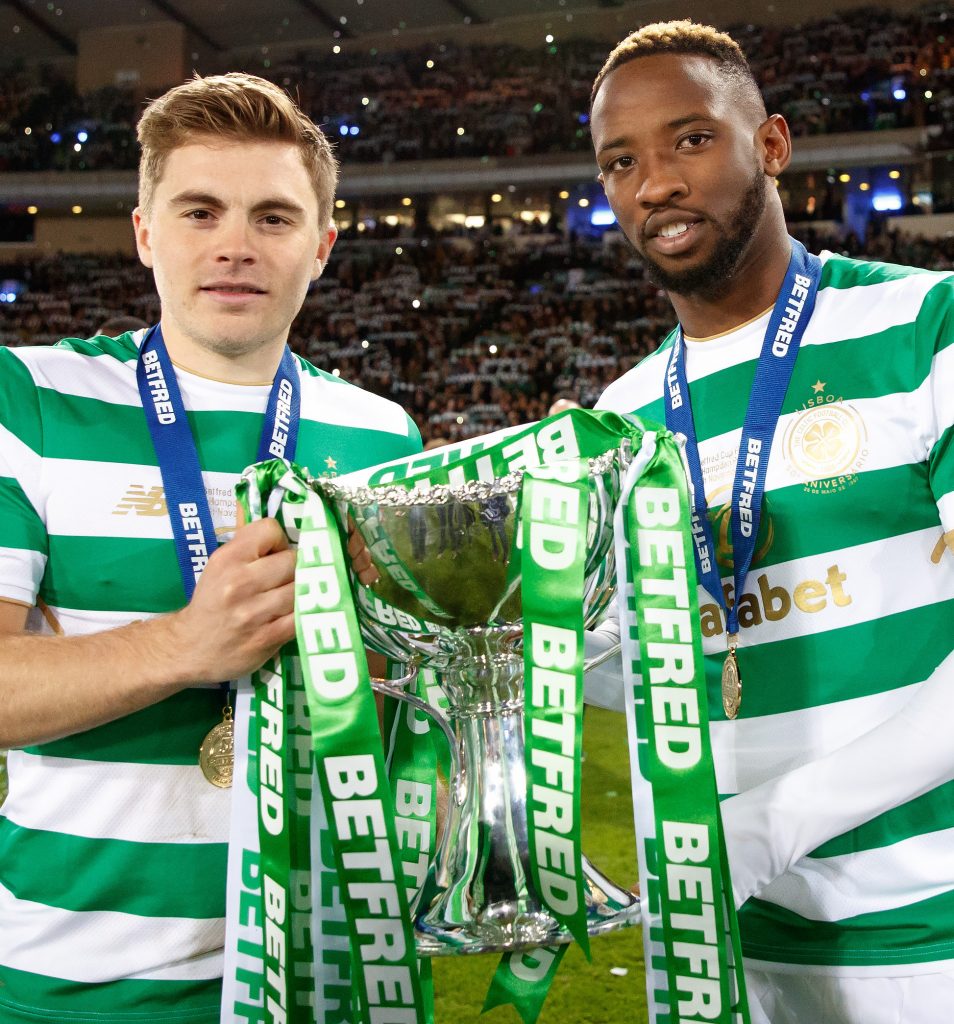 THE MARKSMEN…James Forrest and Moussa Dembele with the trophy following the 2-0 victory. Pics: Geo.