CELTIC have been involved in TWO last-gasp winners at Rugby Park this season.

Thankfully, the dramatic finish yesterday left the Hoops smiling – unlike the one back in September when Stuart Findlay headed in from a right-wing corner-kick to give Killie a 2-1 triumph in stroppage time.

Scott Brown claimed his defected effort in the 90th minute and it was enough to push the champions eight points clear at the top of the Premiership as they zero in on their EIGHTH successive crown.

As usual, it was tough and tense in Ayrshire and CQN‘s team of ace snappers was there to capture the action. 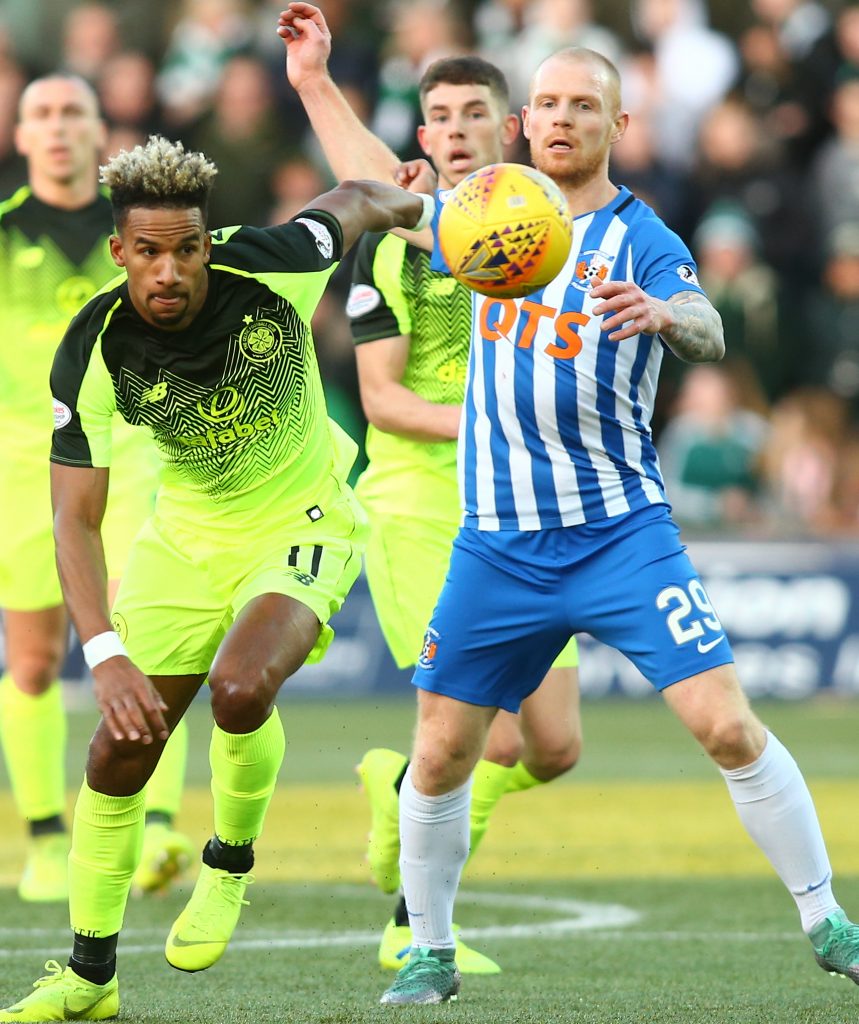 BALL-WATCHERS…Scott Sinclair prepares to race away from Killie’s Chris Burke while team-mates Scott Brown and Ryan Christie keep their eye on the ball. 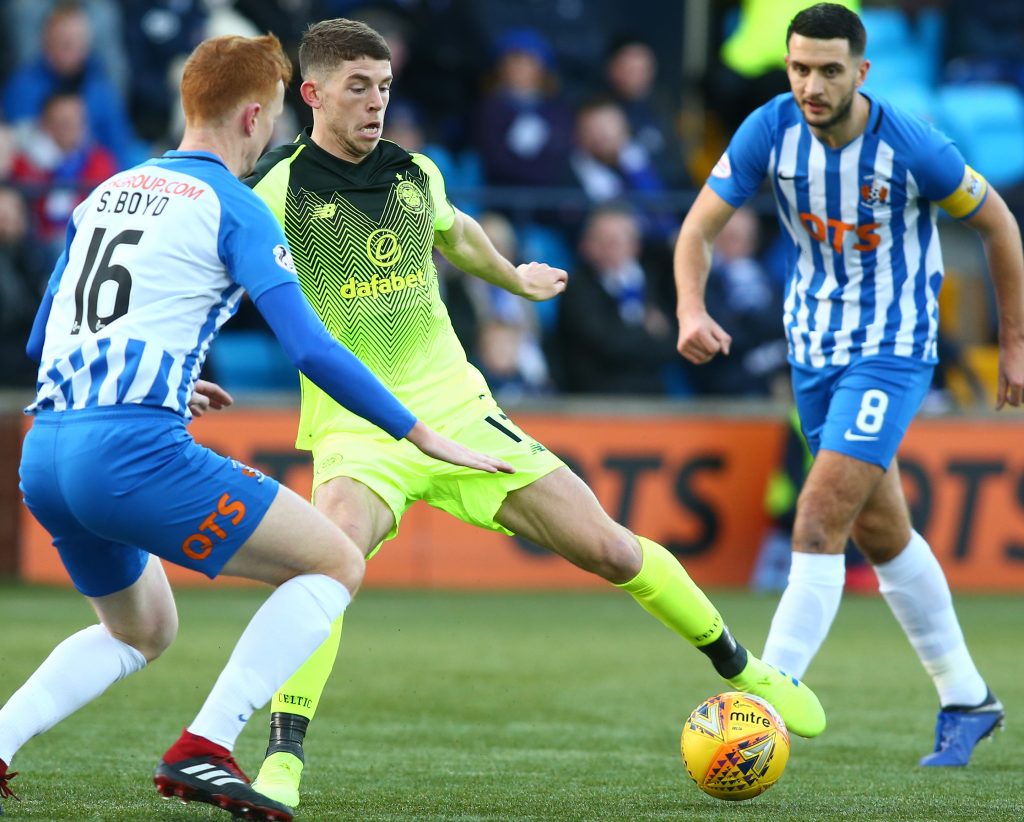 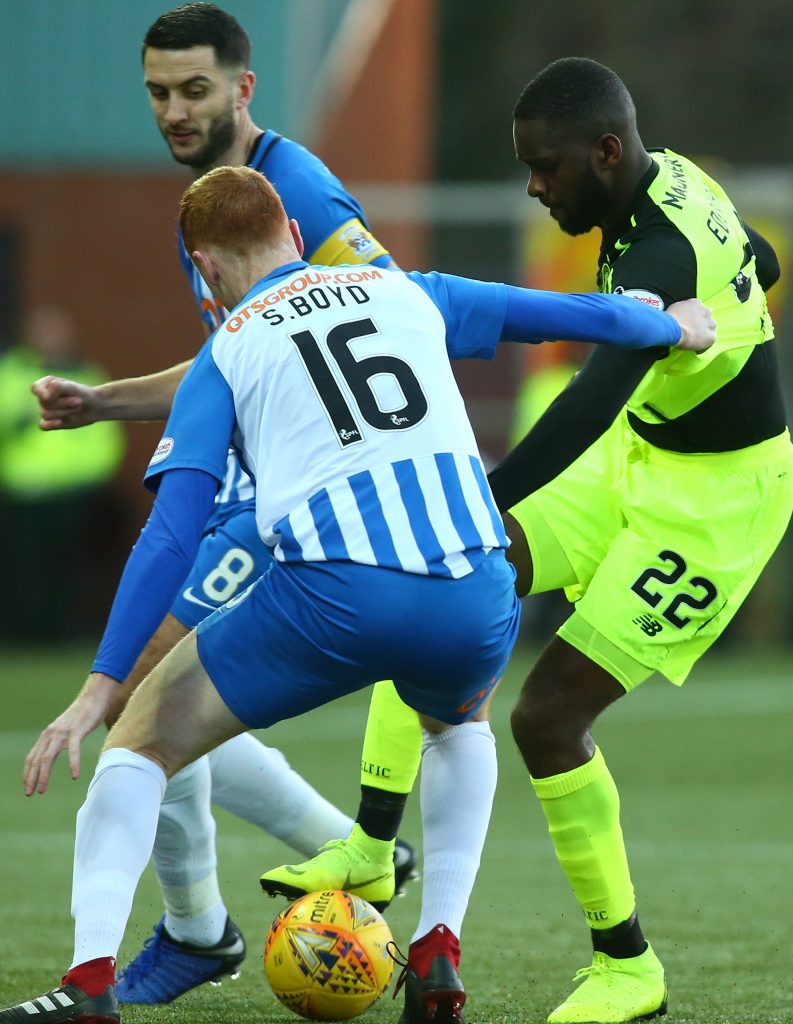 NOW YOU SEE IT…Odsonne Edouard prepares a drag-back while Scott Boyd and Gary Dicker move in. 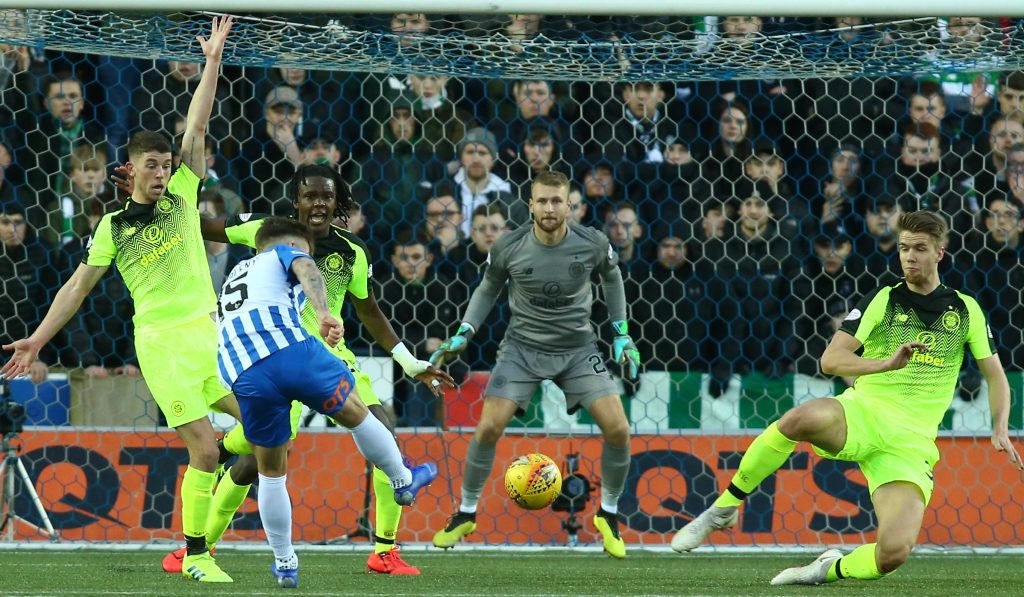 HANDBALL, REF…Ryan Christie is in no doubt as Conor McAlveny tries to take advantage with a shot at Scott Bain with Dedryck Boyata and Kristoffer Ajer getting a good close-up view. 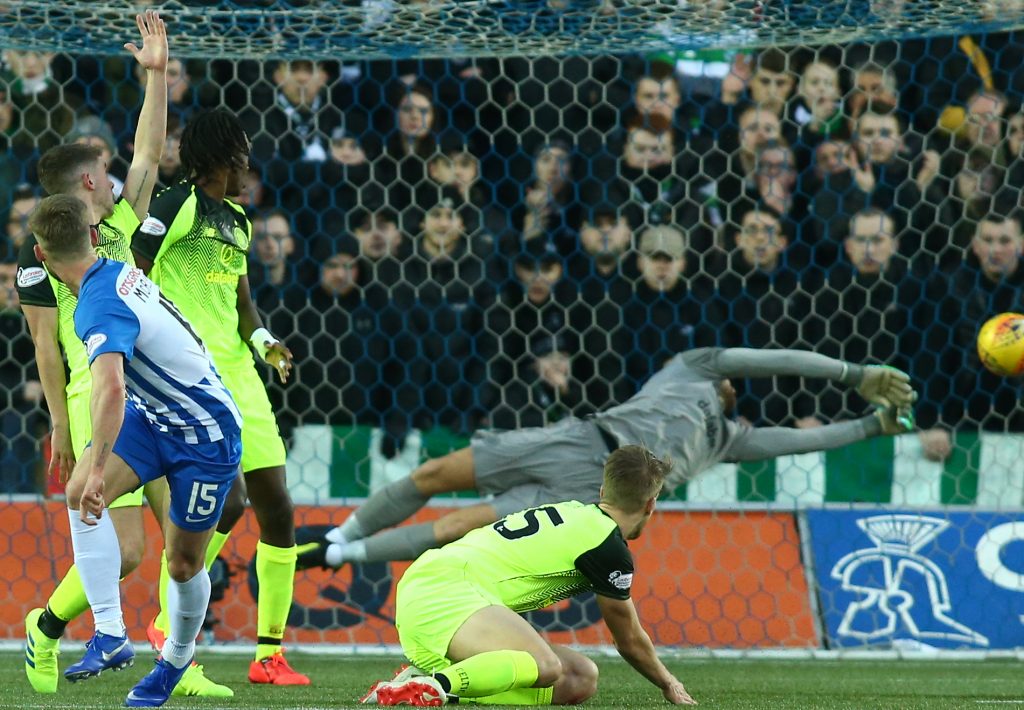 NO GOAL…Conor McAlveny attempts to claim a strike as his shot beats Scott Bain, but referee Bobby Madden had spotted the earlier infringement. 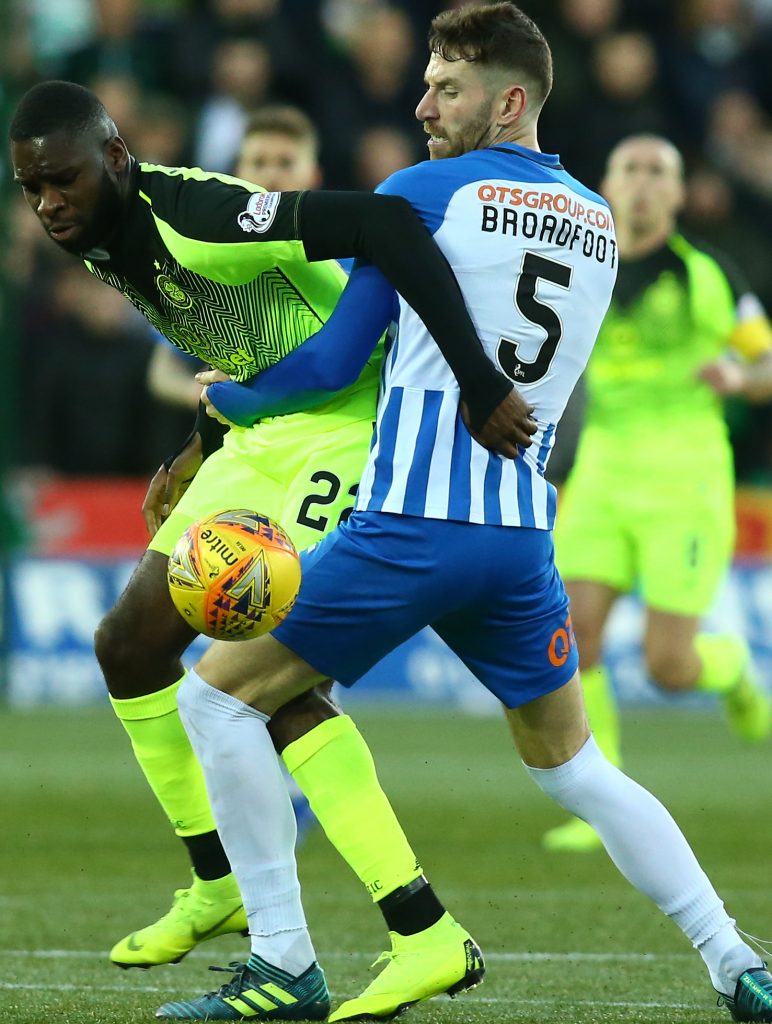 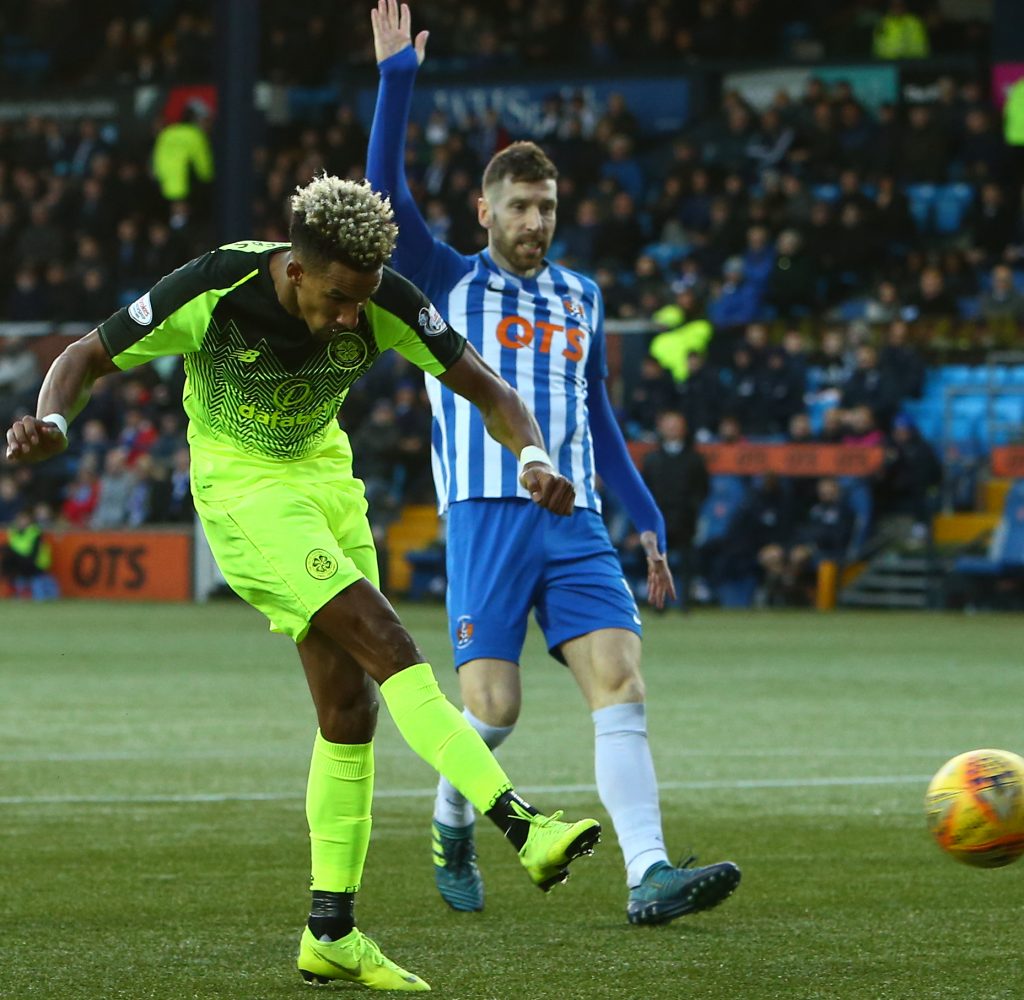 OFFSIDE…Scott Sinclair has a go at goal as Kirk Broadfoot makes his claim. 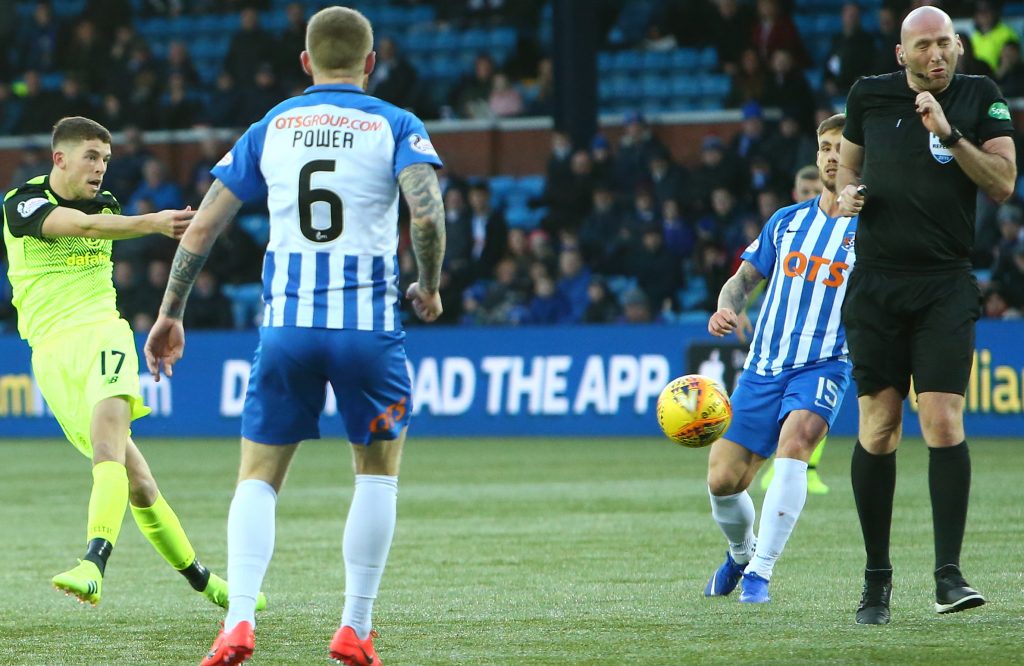 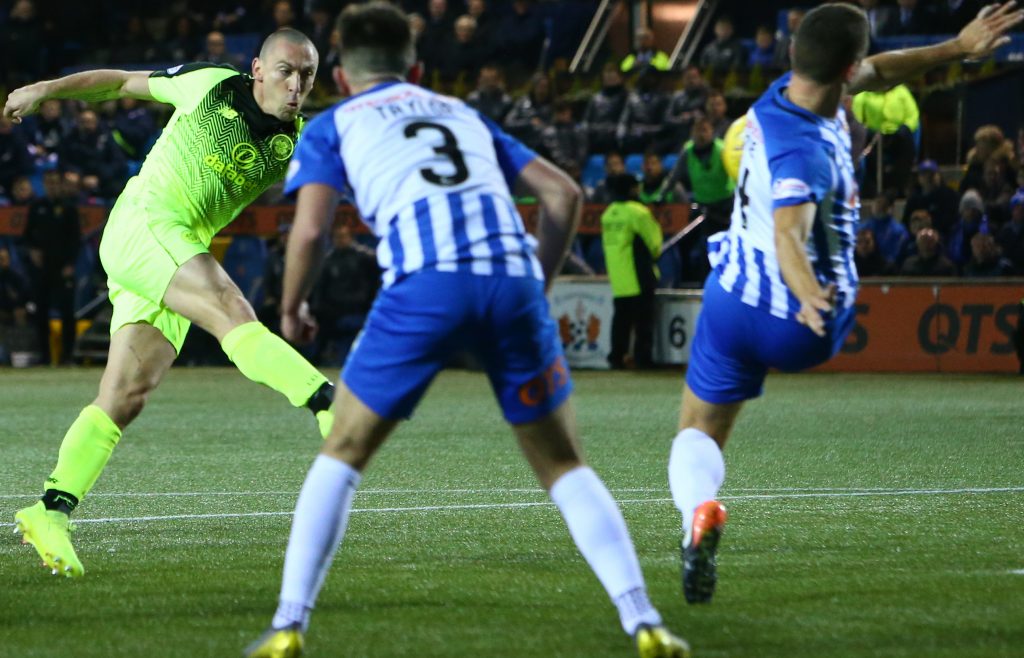 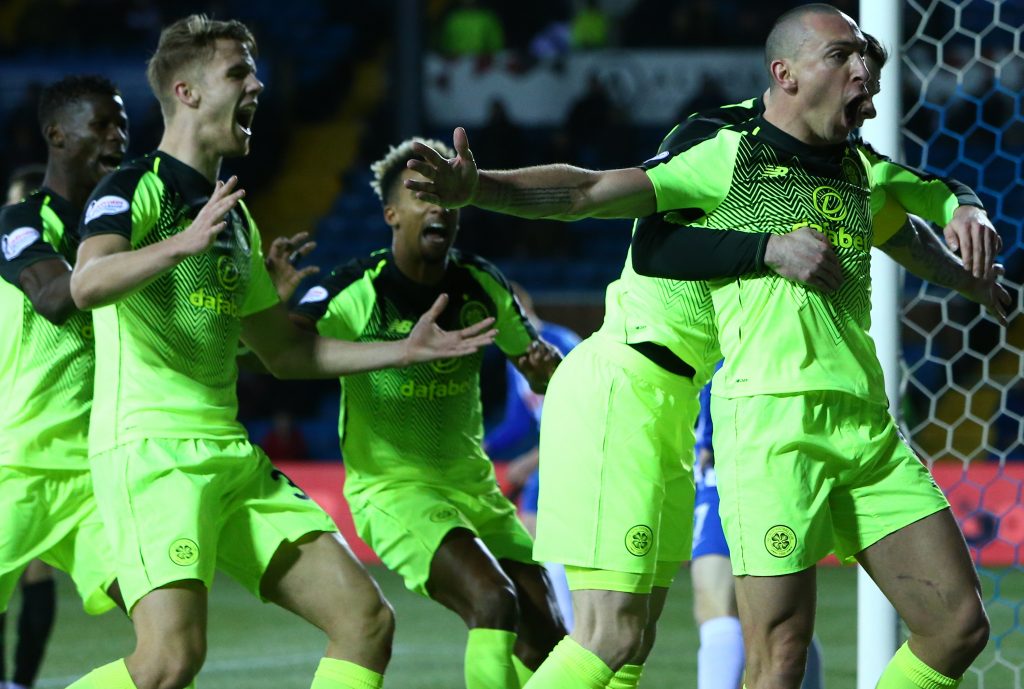 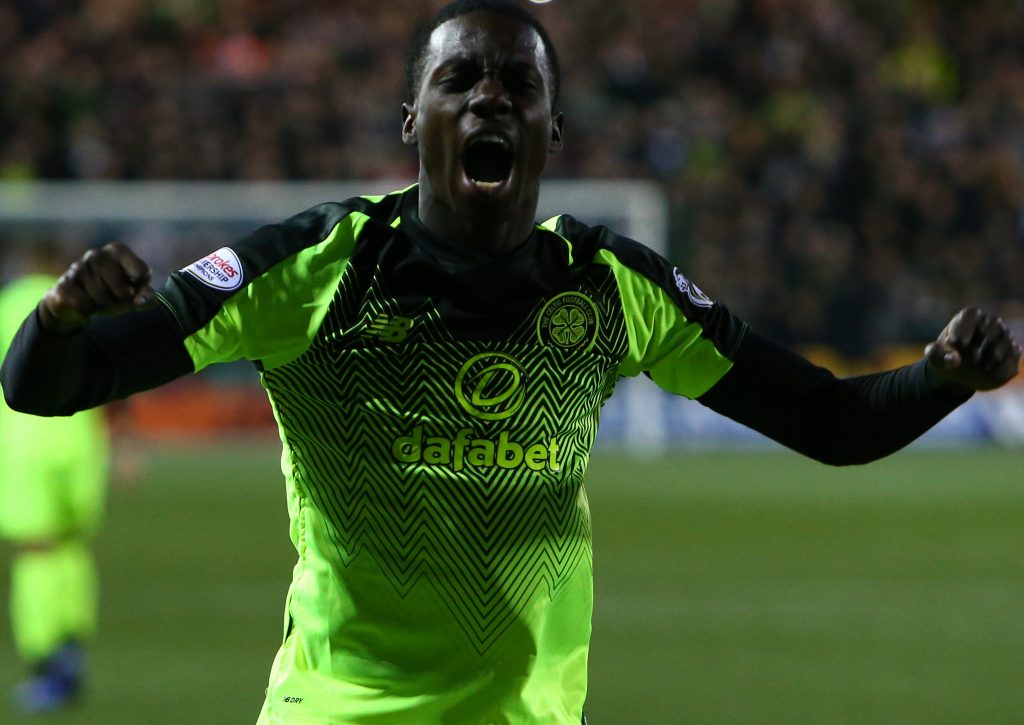 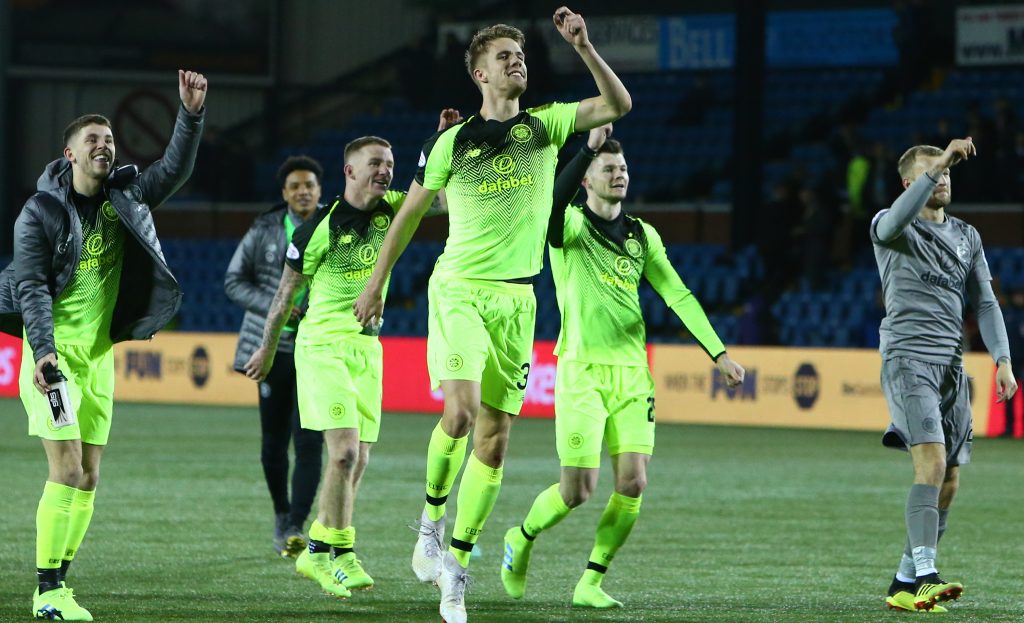 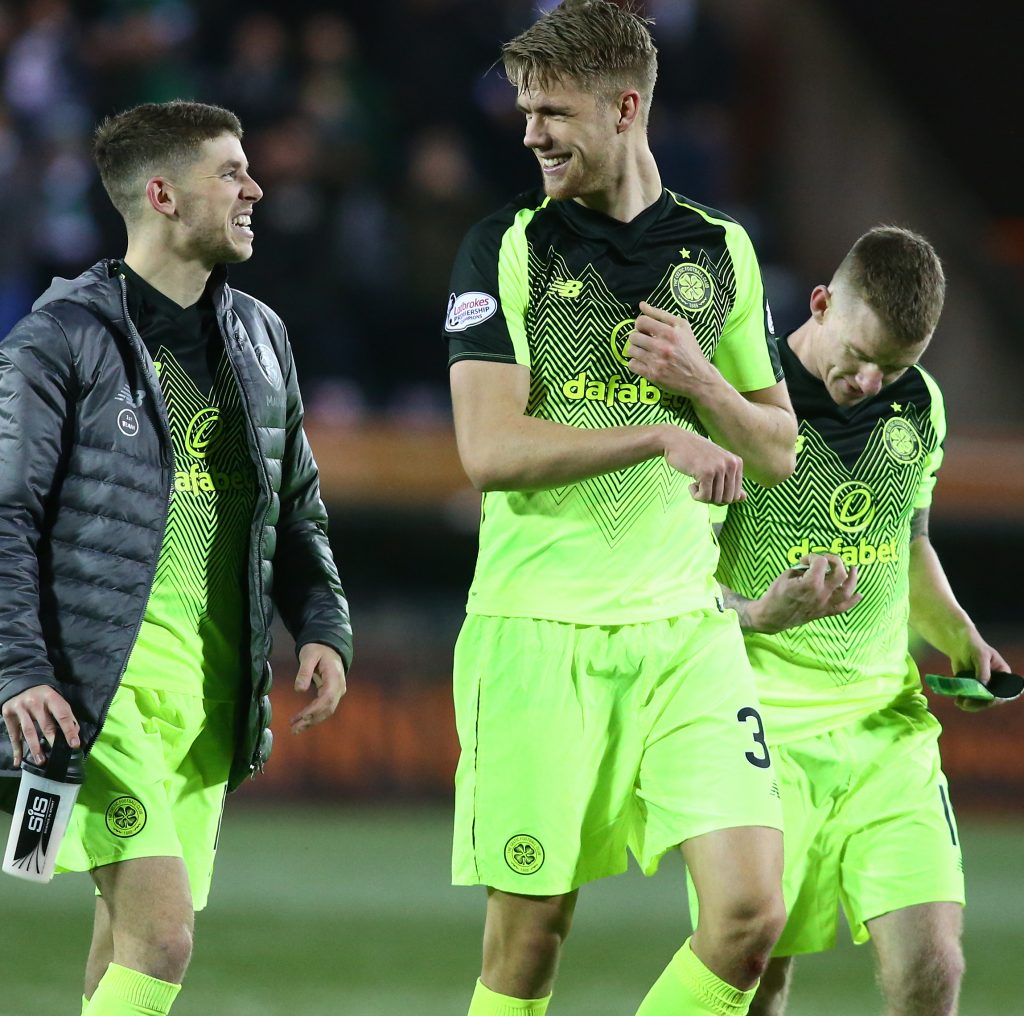 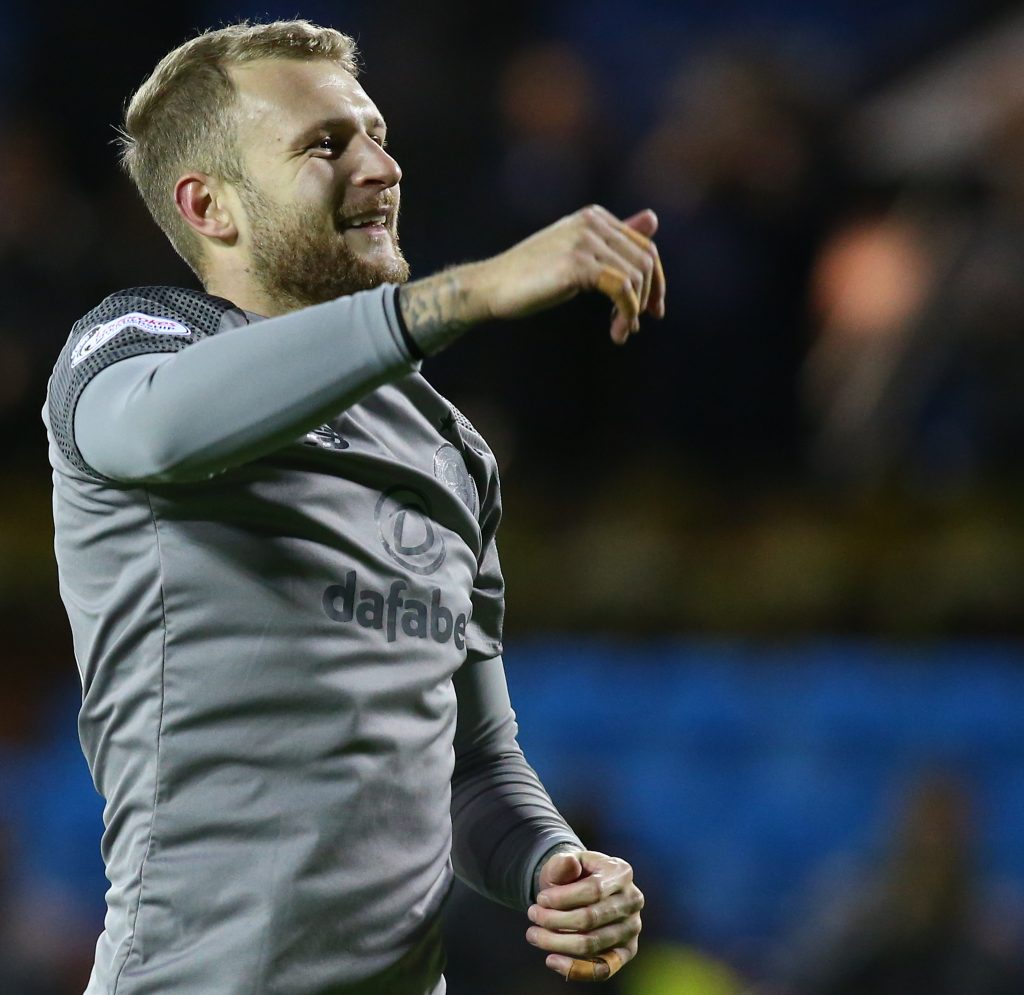 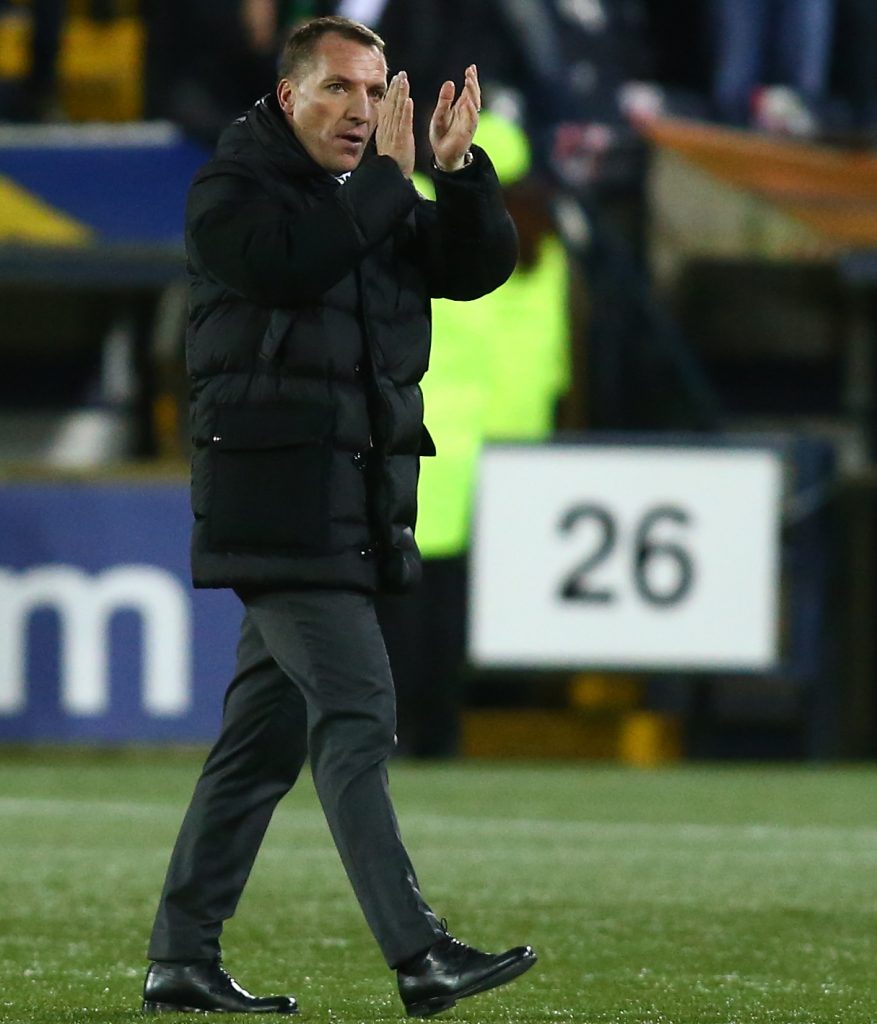 LET’S HEAR IT FOR THE FANS…Brendan Rodgers applauds the travelling support at the end.