CELTIC stumbled to their second Premiership defeat of the season when a goal deep in stoppage-time from Stuart Findlay gave Kilmarnock a 2-1 triumph at Rugby Park yesterday.

It was a disappointing performance from Brendan Rodgers’ team looking to win their eighth successive crown.

Remember, though, the league title race is a marathon and not a sprint and no prizes are handed out after six games.

CQN’s ace lensman Geo was at the game to capture some excellent action images. 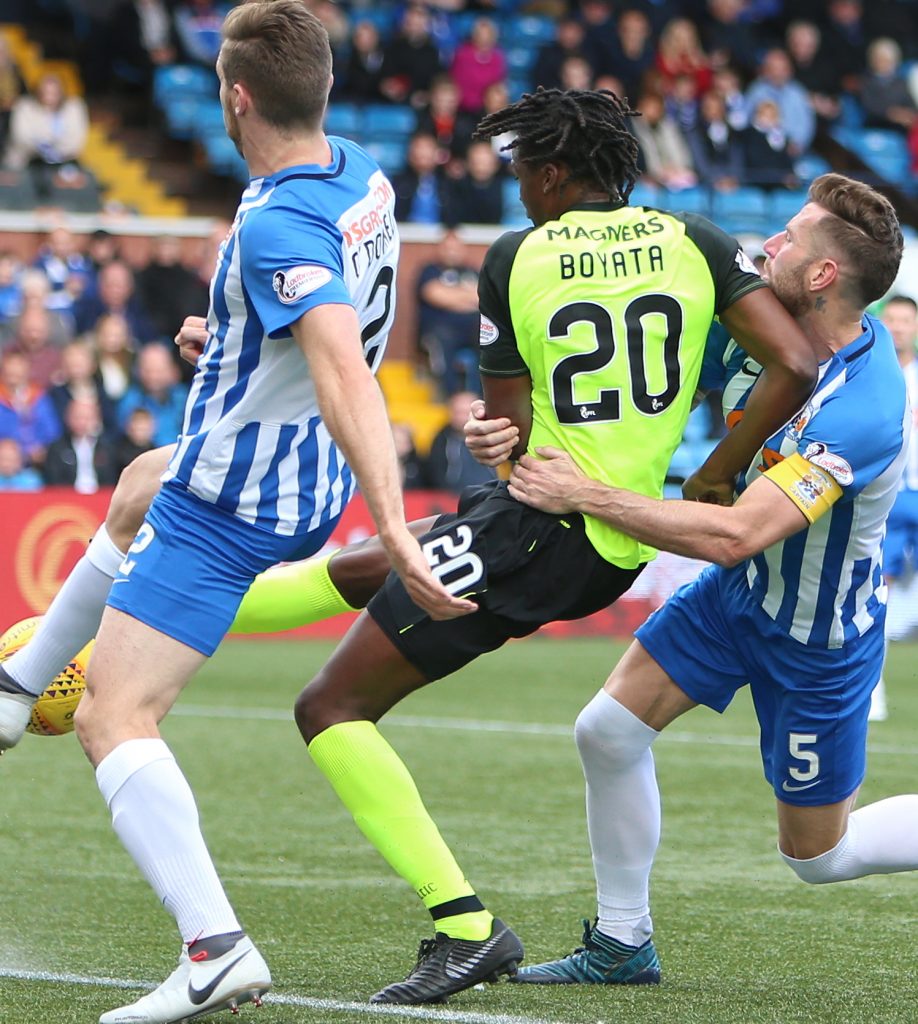 PENALTY, REF! Killie defender Kirk Broadfoot clearly has both hands around Dedryck Boyata as he attempts to go for a high ball. Match official Craig Thomson thought it was a perfectly legitimate challenge.

HAIR-RAISING…Dedryck Boyata beats his falling opponents this time, but his header was saved by keeper Jamie MacDonald. 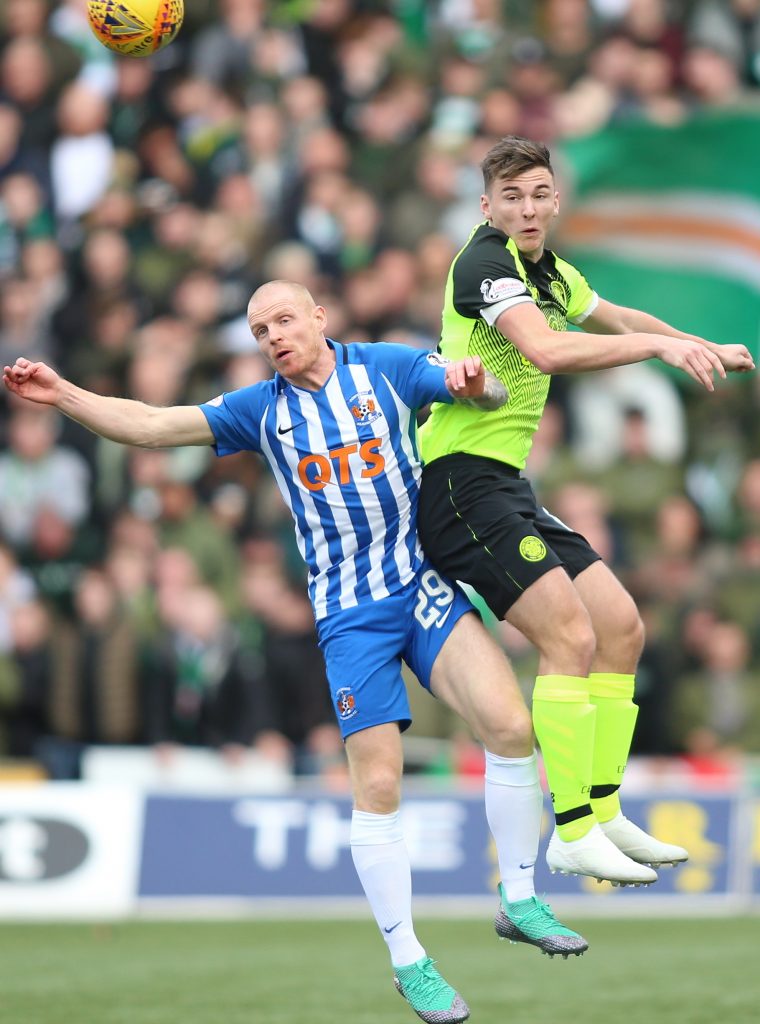 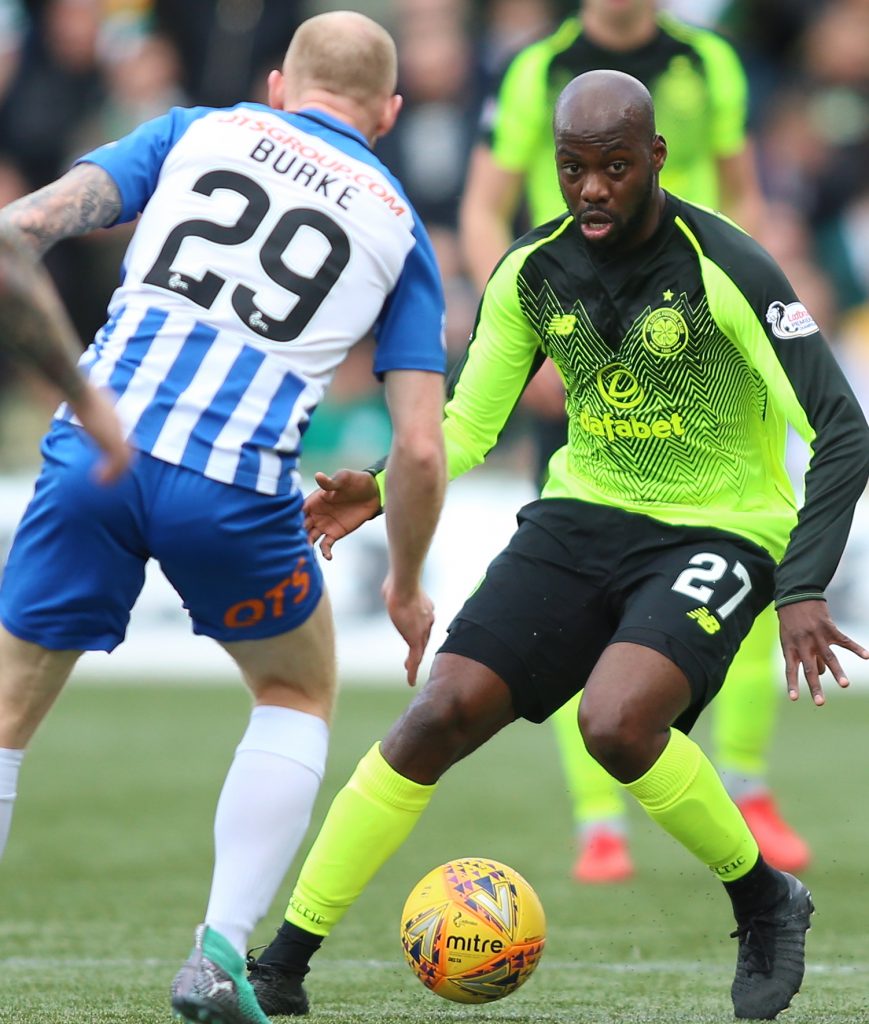 I’M NUMBER ONE…Leigh Griffiths celebrates his goal with Ryan Christie about to join in. 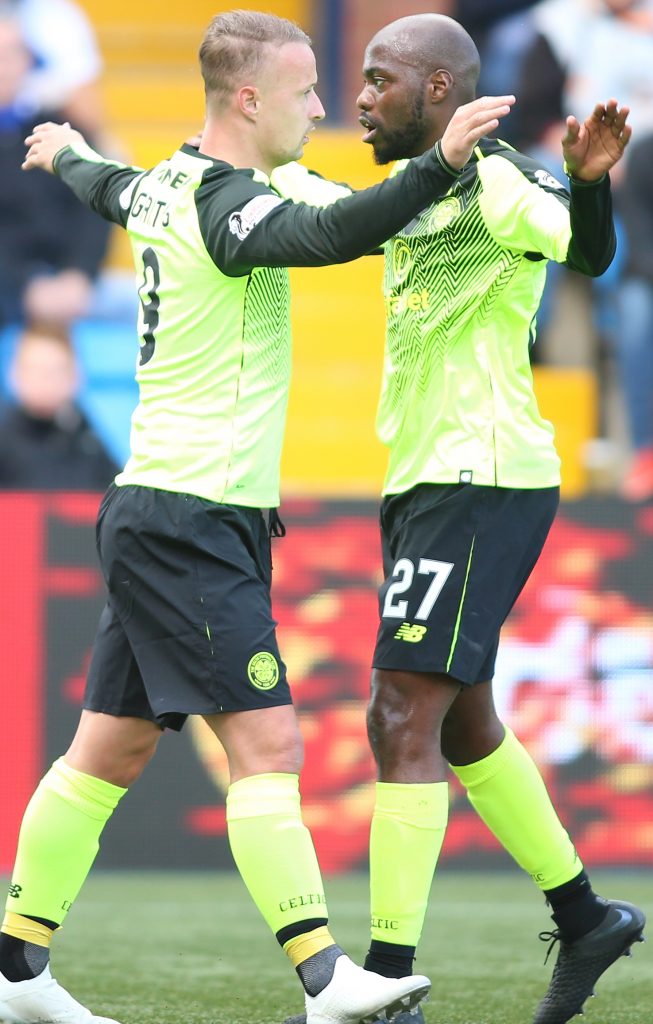 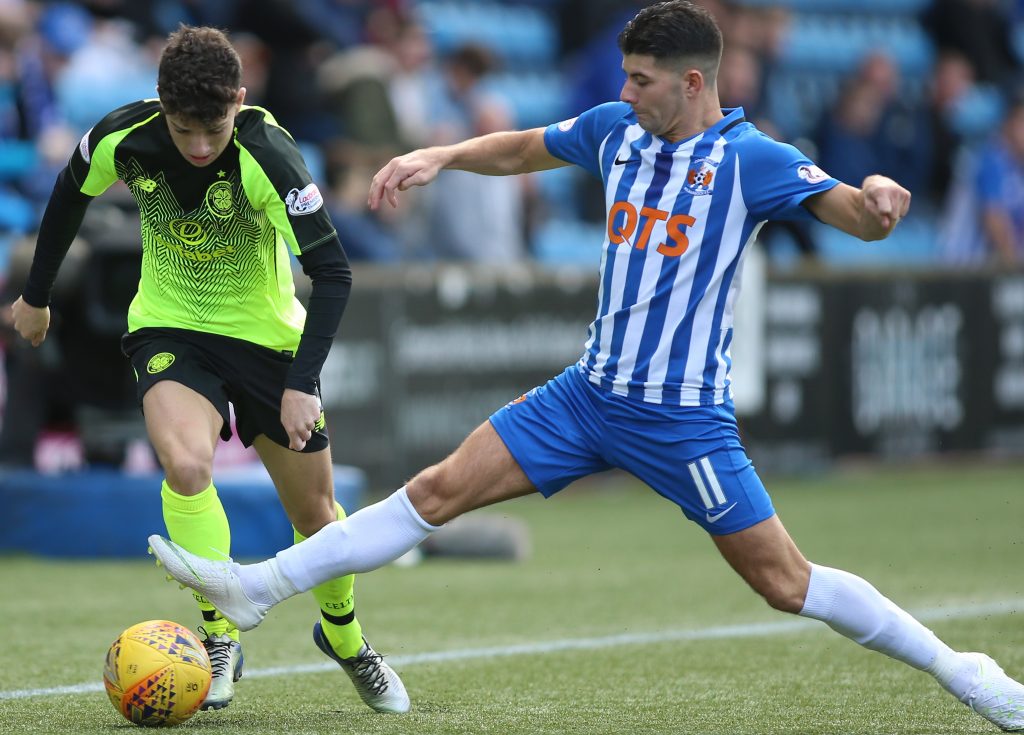 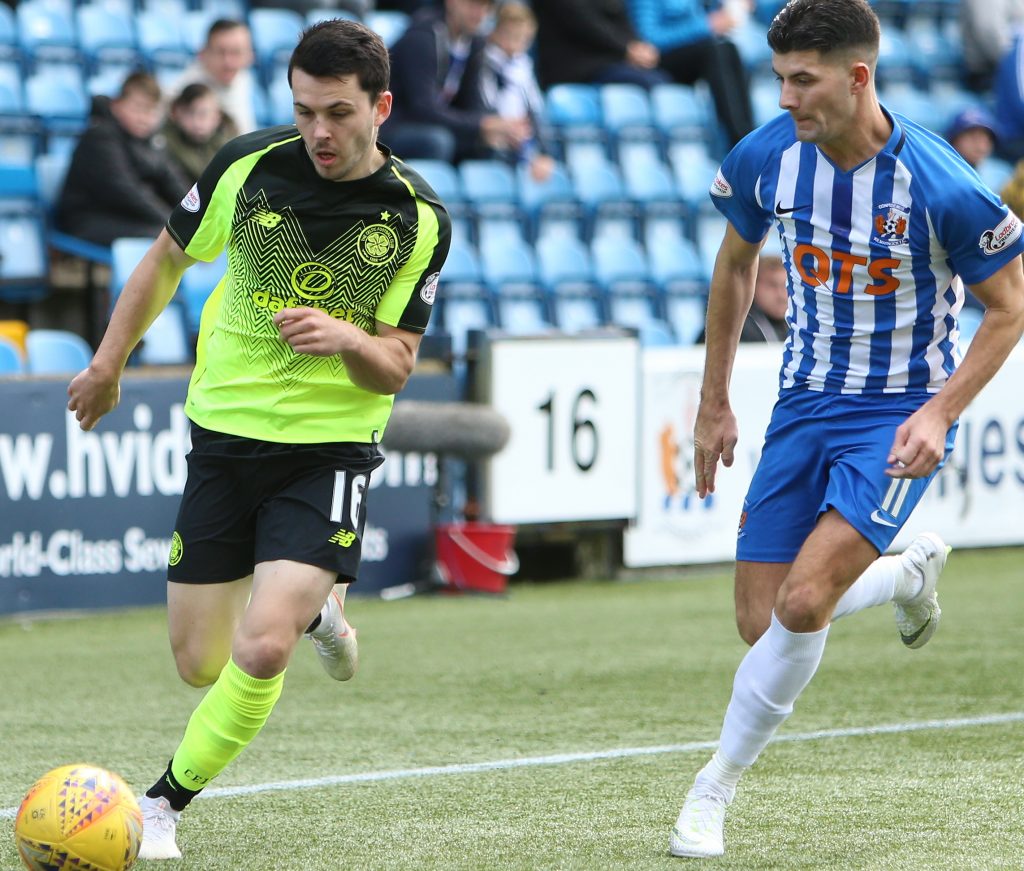 CATCH ME IF YOU CAN…Lewis Morgan is chased by Jordan Jones. 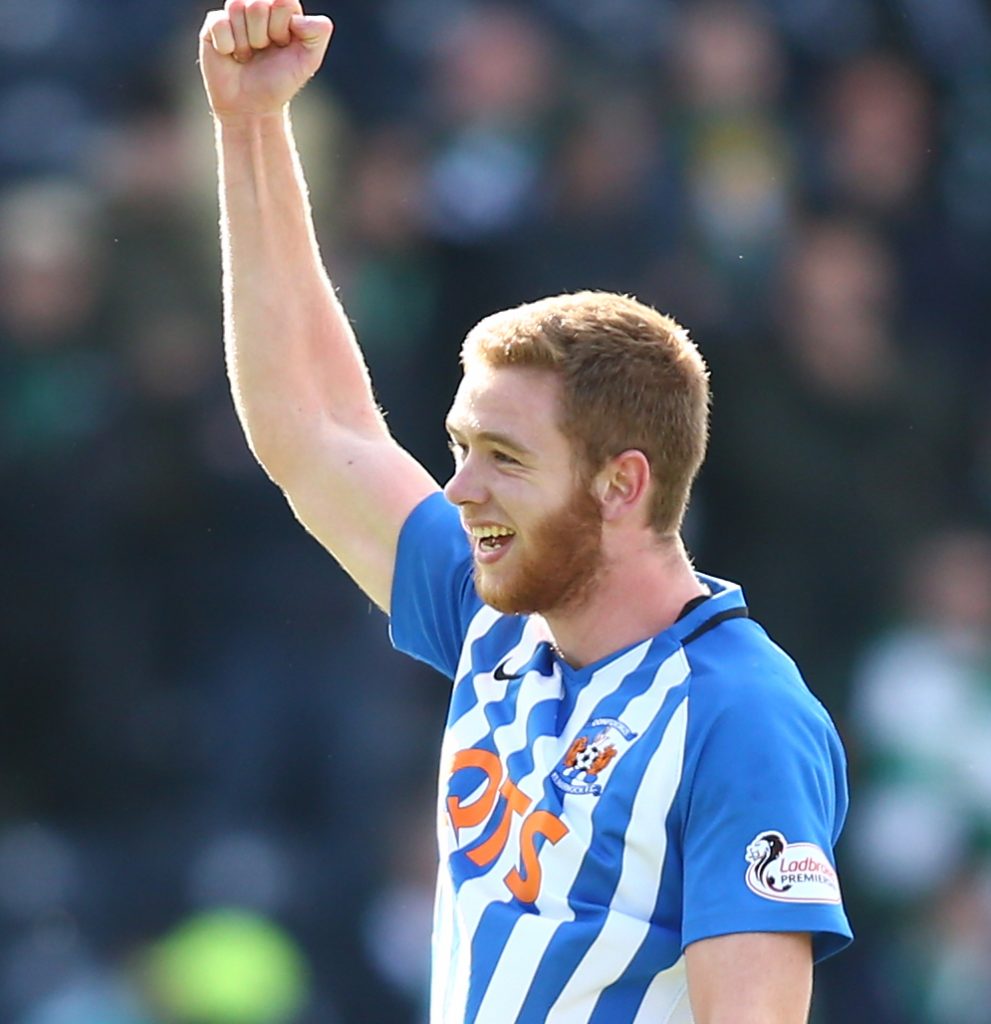 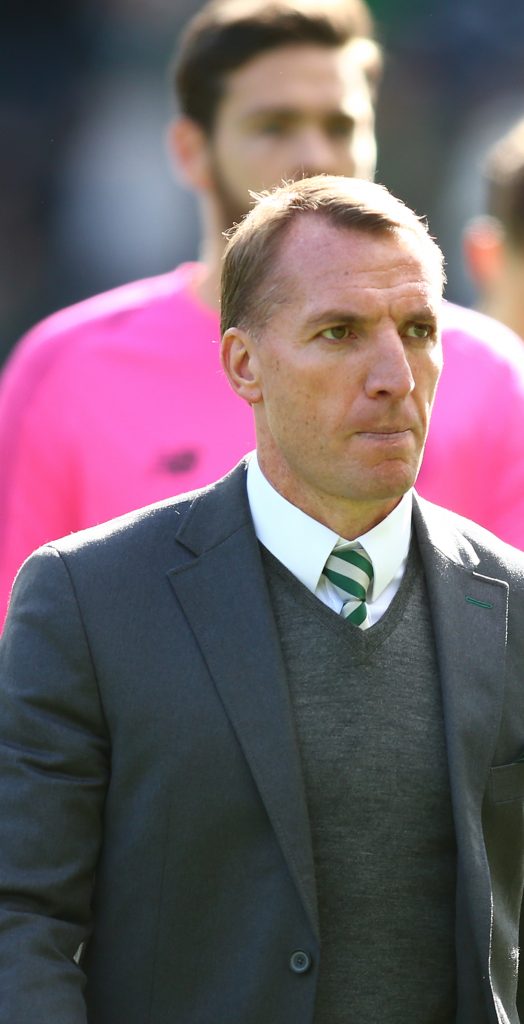 IT TAKES A WORRIED MAN…Brendan Rodgers, with keeper Craig Gordon behind him, looks concerned at the end. Pics: Geo.