CELTIC went to the Premiership pinnacle for the first time this season after their goalless stalemate at Livingston yesterday.

Brendan Rodgers has always insisted he has never witnessed a classic match on an artificial surface and he saw nothing in this encouter to change his mind.

The Hoops, after claiming 23 goals in their previous five domestic encounters, couldn’t break down the opponents’ stubborn barrier on this occasion.

However, there was plenty of action for CQN‘s ace lensman Geo to capture and here are the pick of the pics. 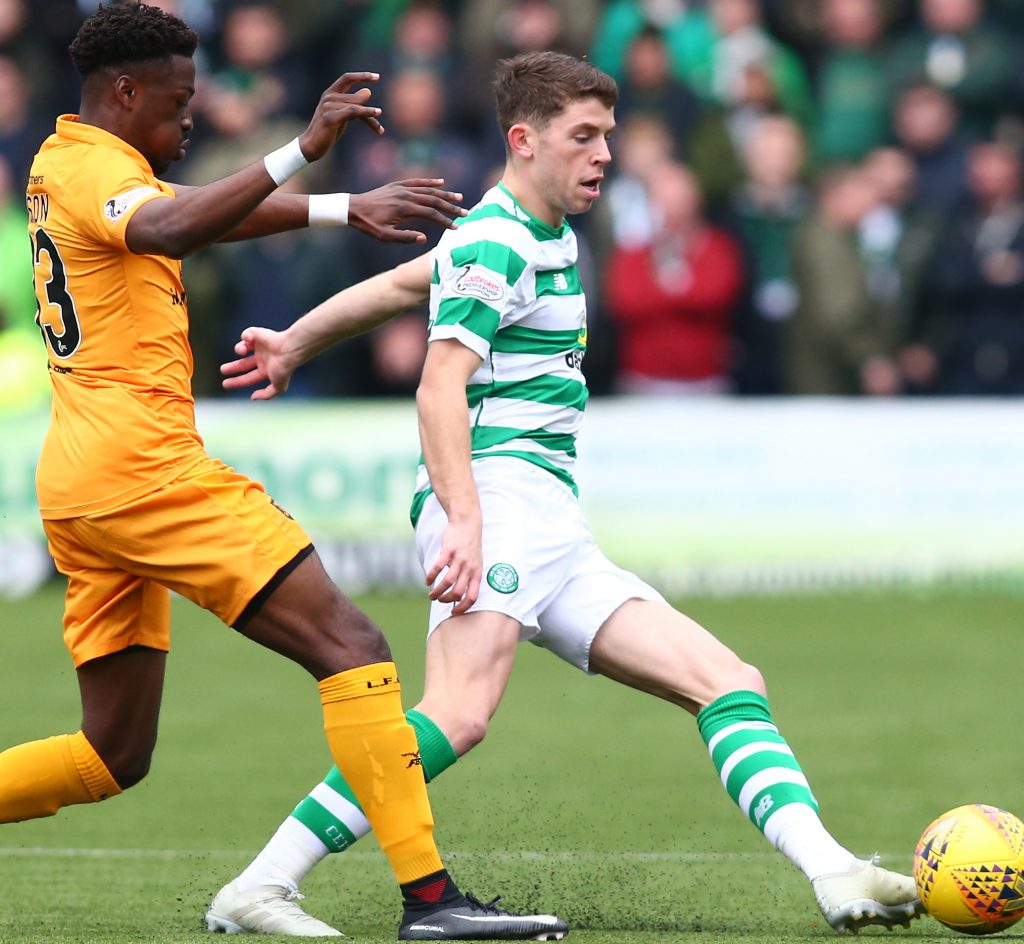 I’M IN CHARGE…in-form midfielder Ryan Christie shrugs off a challenge. 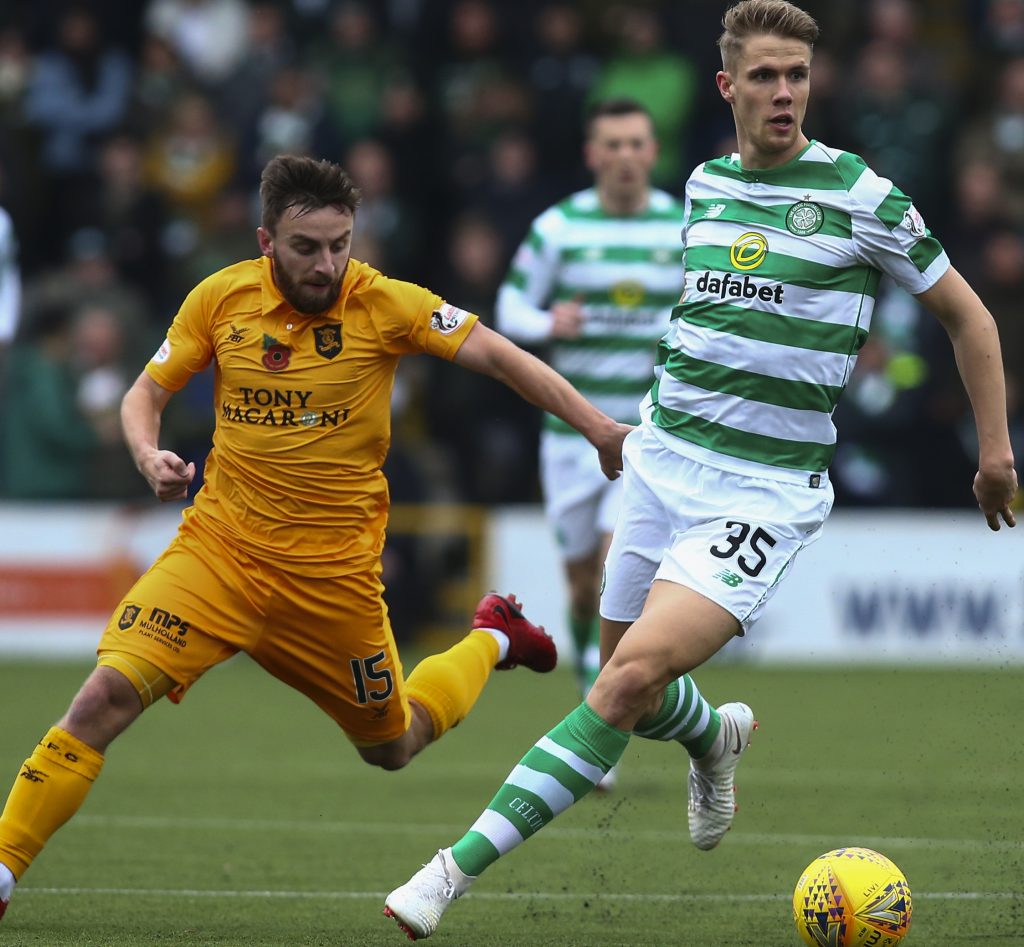 POISE AND POWER,,,Kristoffer Ajer in control as Steven Lawless challenges. 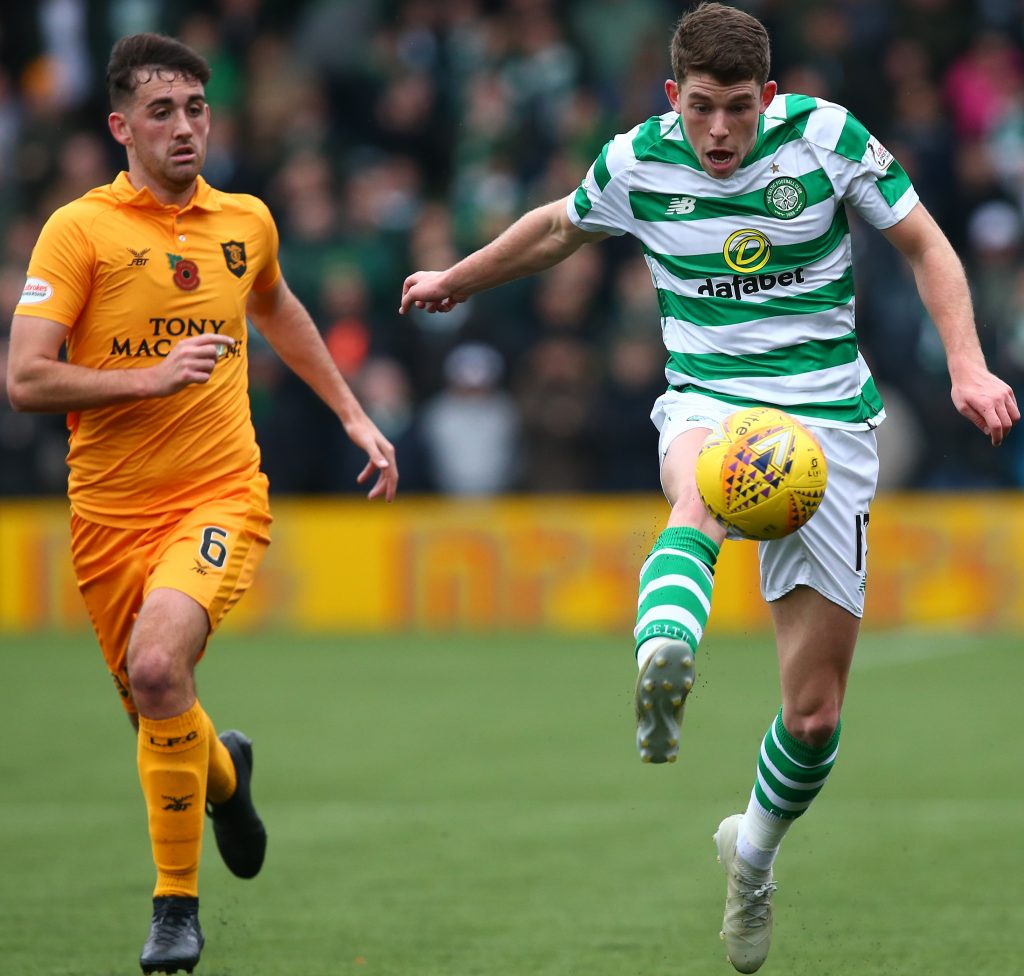 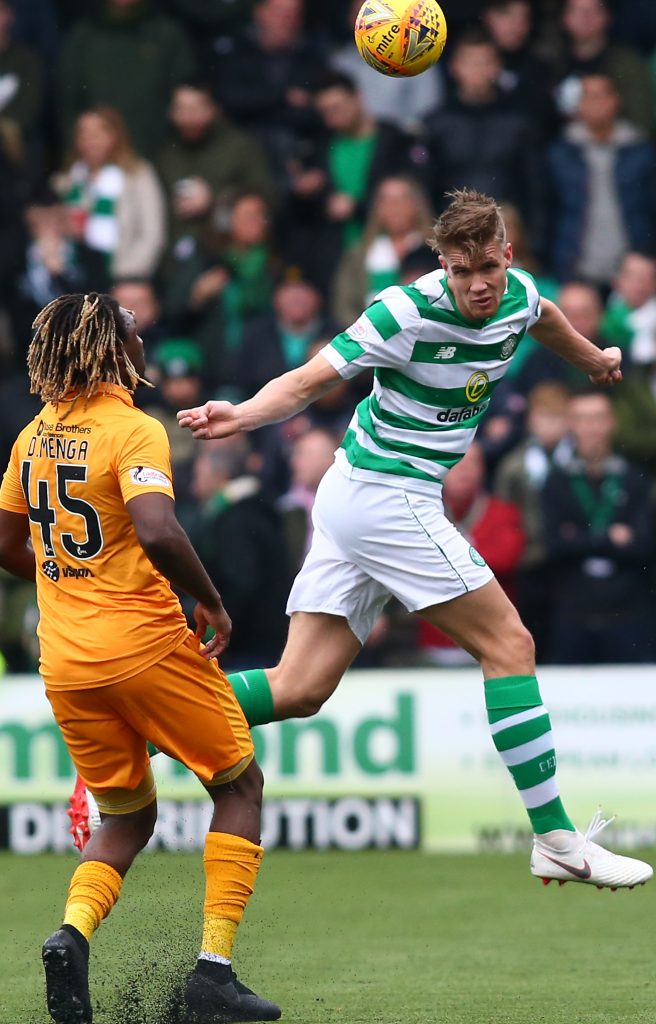 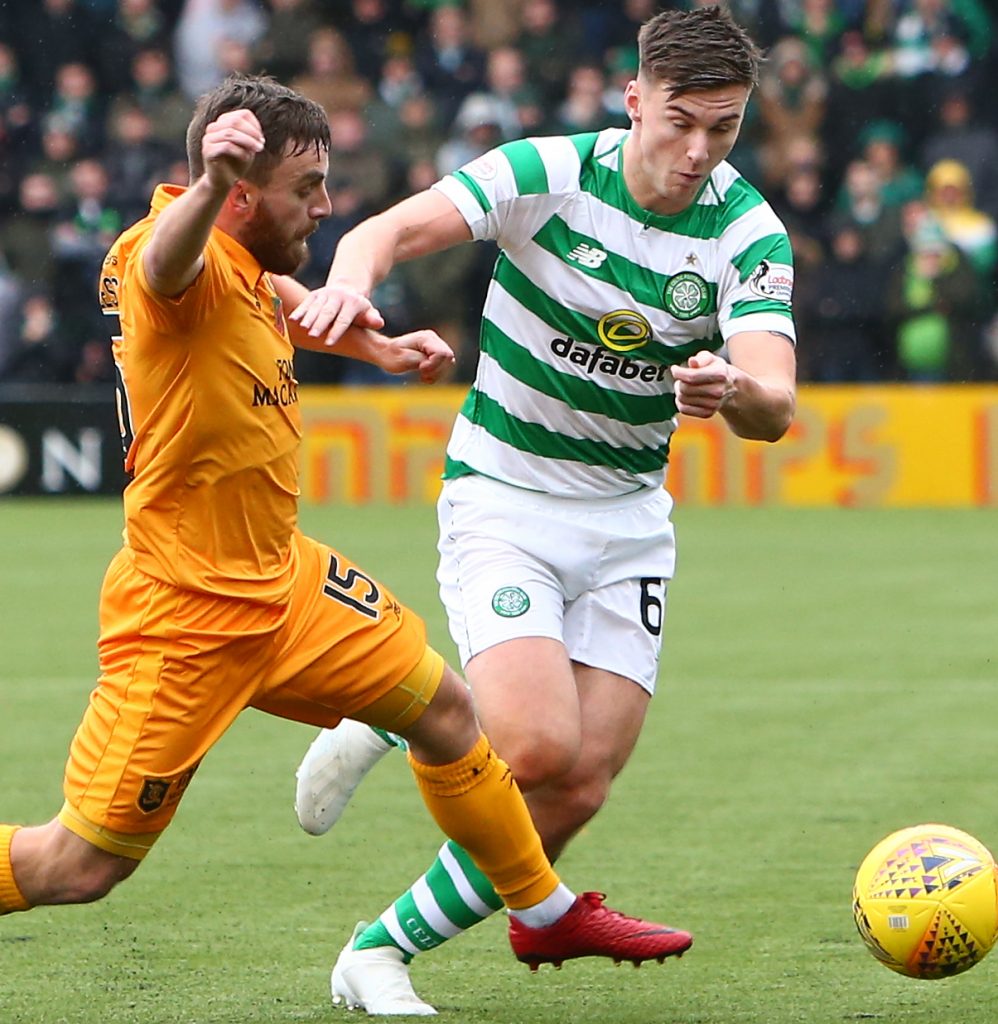 ON THE RUN…Kieran Tierney piles on the pressure. 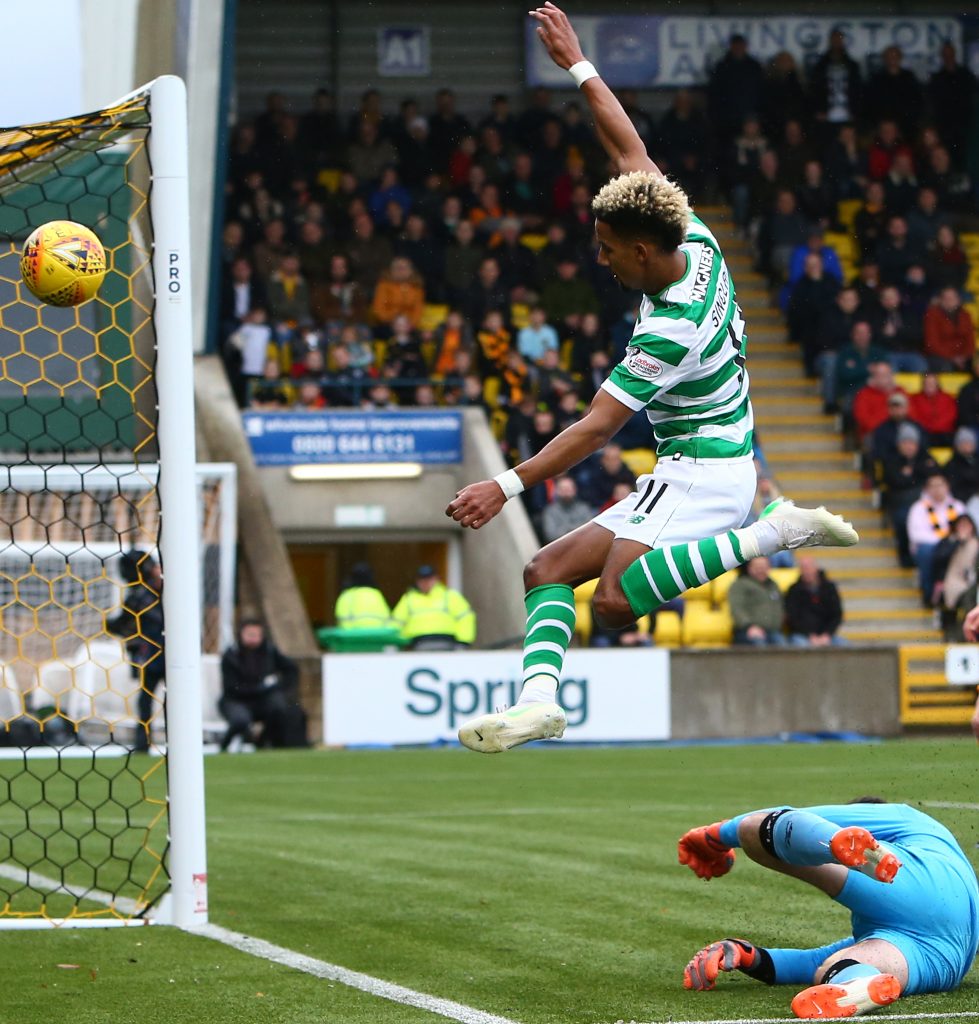 FLYING HIGH…Scott Sinclair hurdles keeper Liam Kelly after the ball rebounded off the Celt for a goal-kick.

WHAM…James Forrest lashes in a left-foot shot that clipped the crossbar. 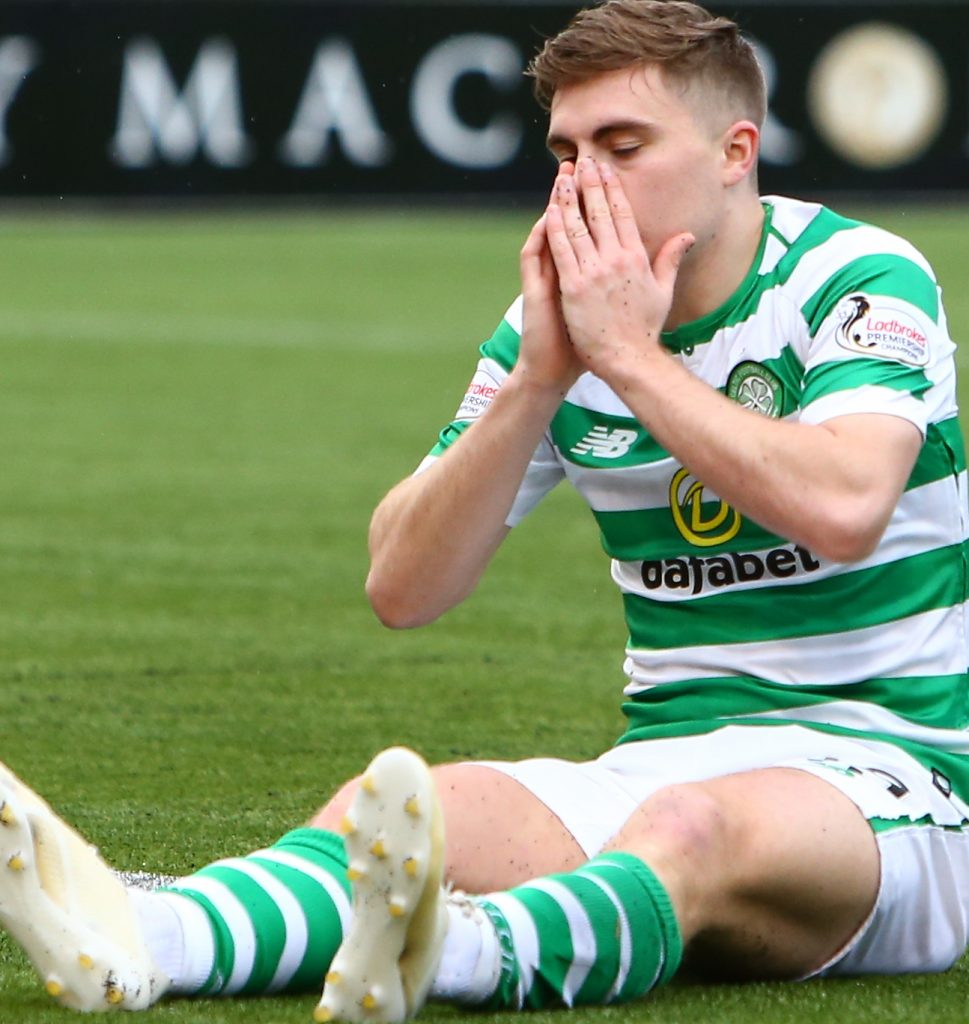 SO NEAR…James Forrest reflects as the chance goes astray. 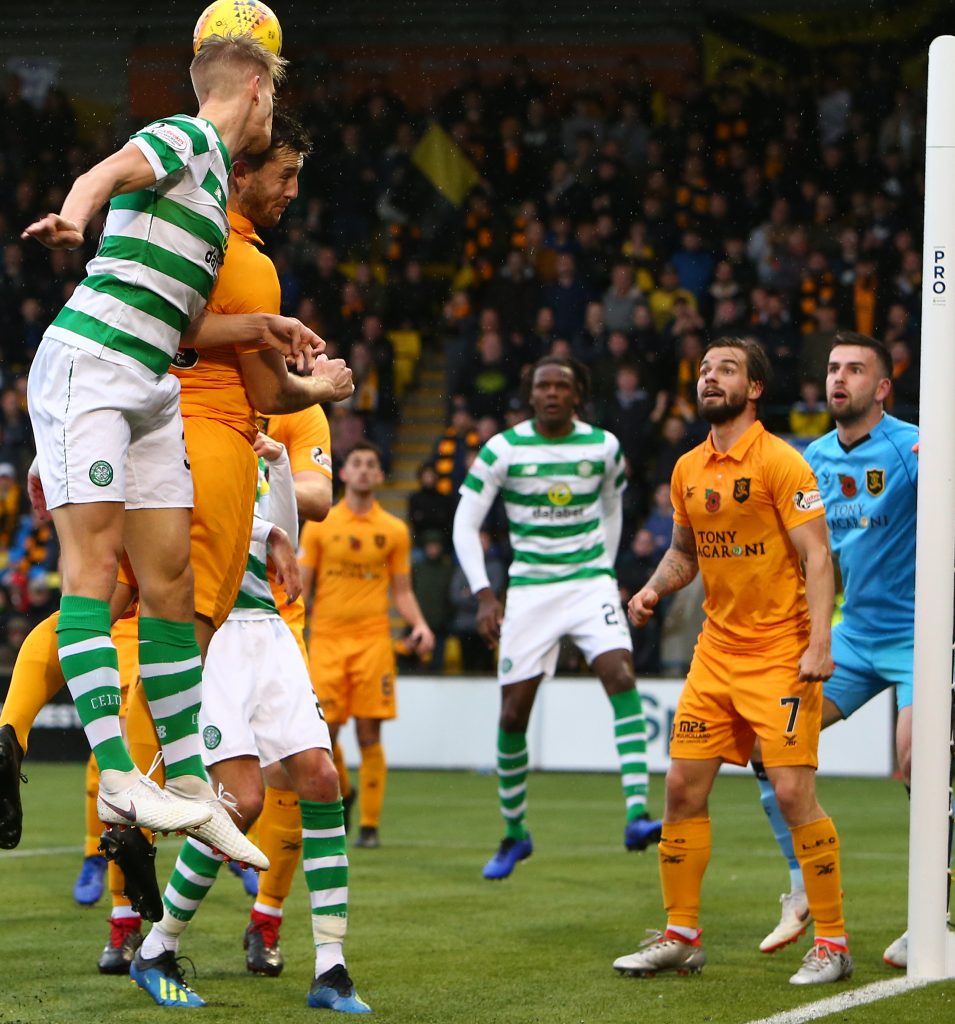 CLASH…Kristoffer Ajer collides with Livi defender Craig Halkett and suffers the injury that saw him taken off. 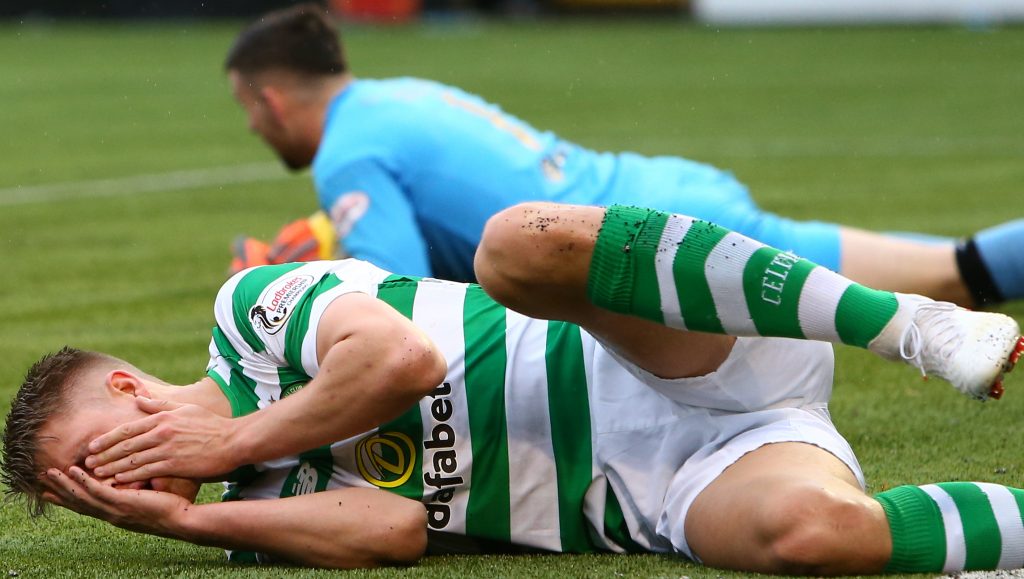 AGONY…Ajer holds his face following the collision that left him with a broken eye socket. Liam Kelly grips the ball. 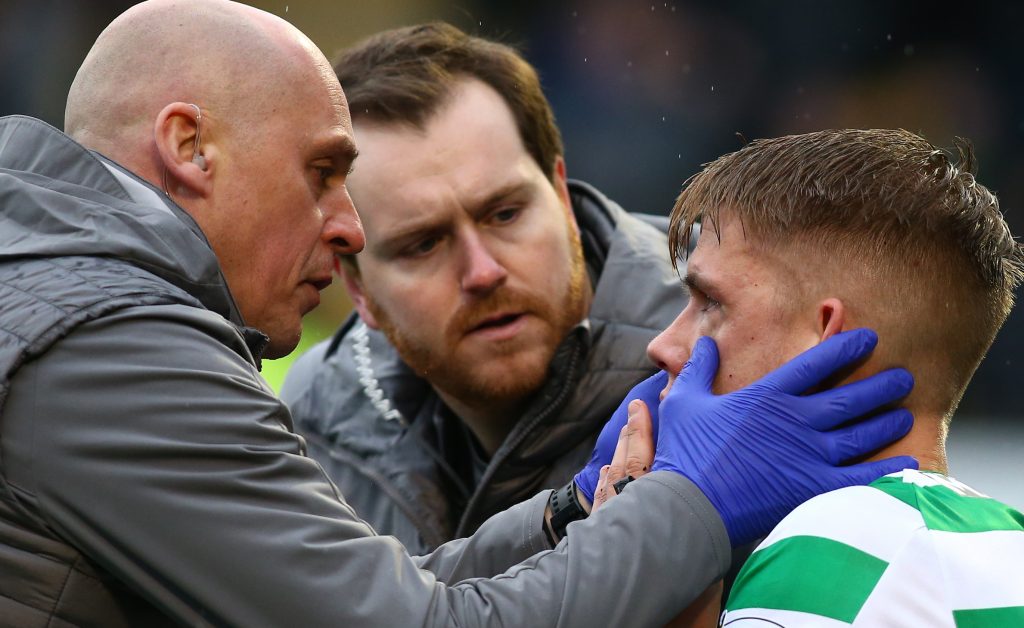 INSPECTION…medic Tim Williamson has a close look at the damage. 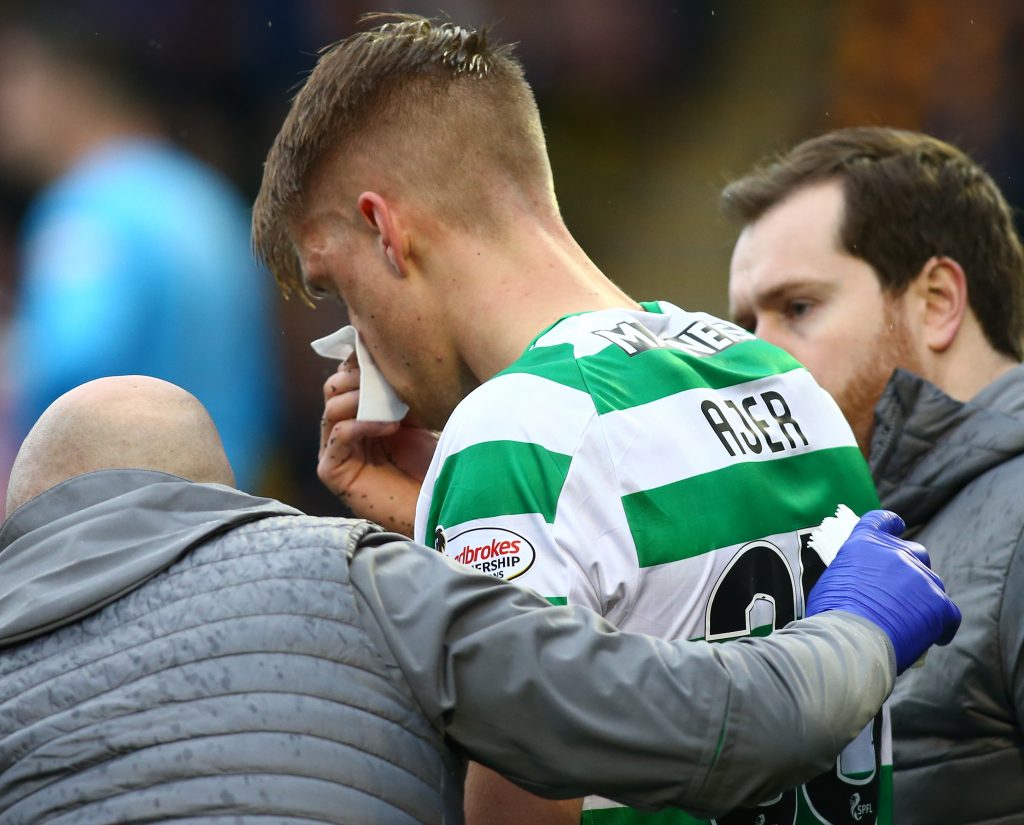 OFF…the game is over for Kristoffer Ajer as he is helped from the field. 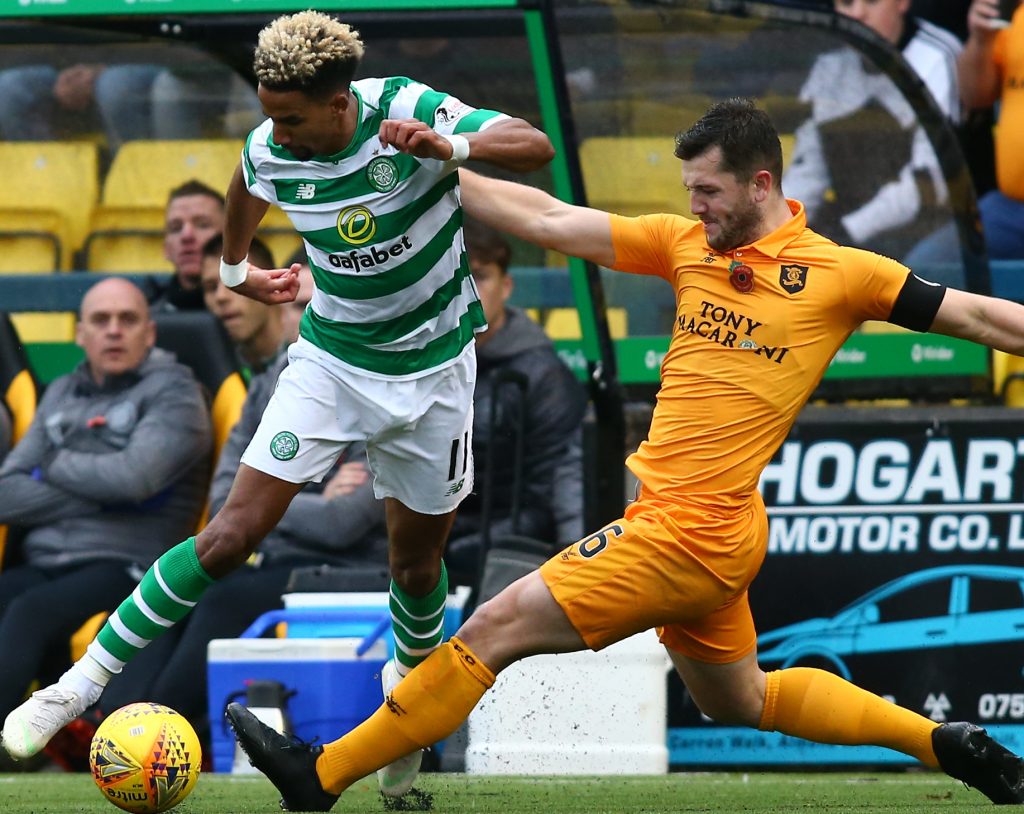 WING WONDER…Scott Sinclair on the receiving end of a strong challenge from Craig Halkett. 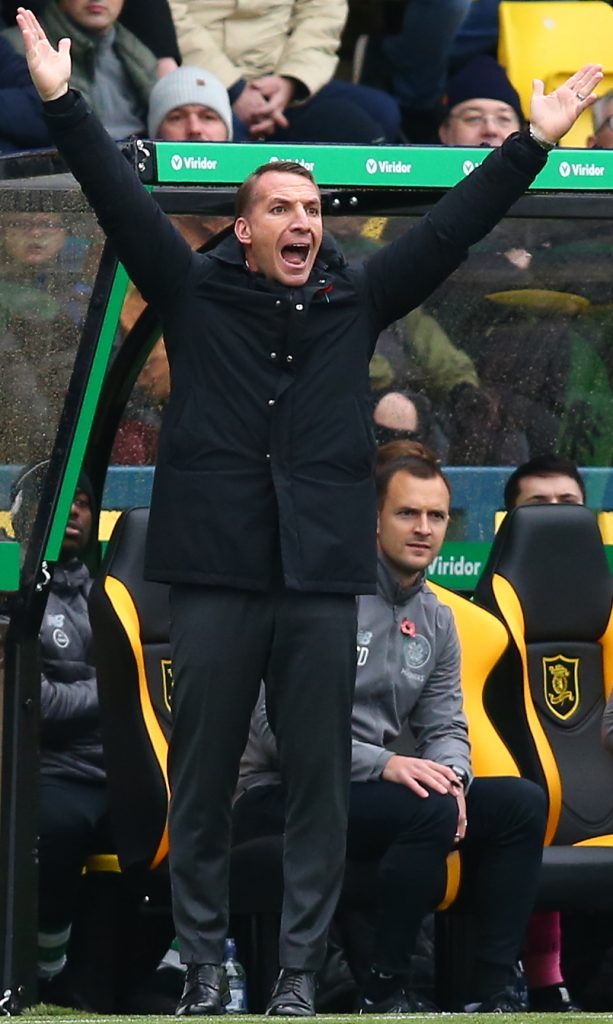 UP IN ARMS…Brendan Rodgers queries a refereeing decision. 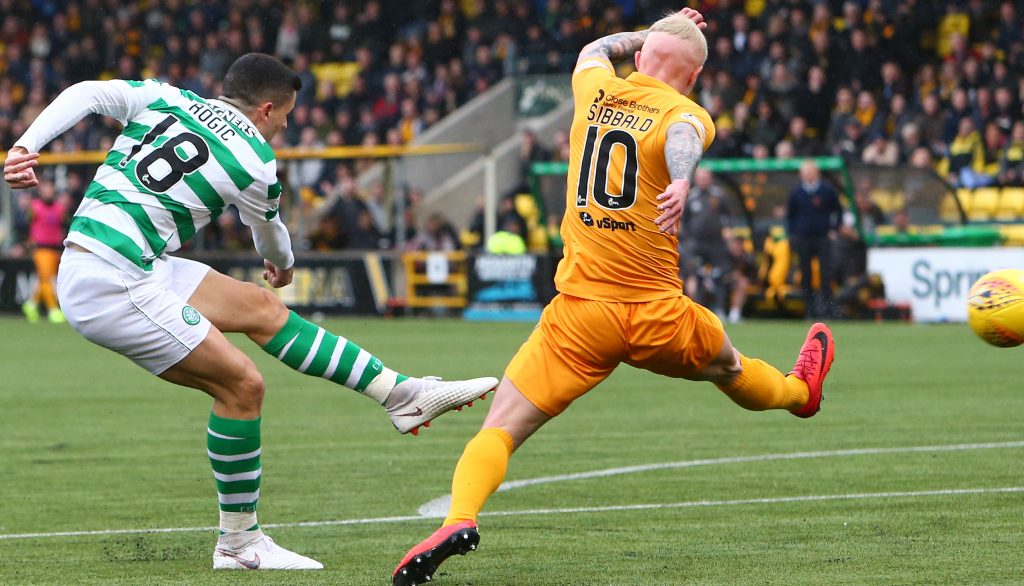 WALLOP…Tom Rogic fires in a late effort with Craig Sibbald attempting to intervene.

DEJECTED…Tom Rogic looks deflated after Livi keeper Liam Kelly had denied him a goal with a super save. 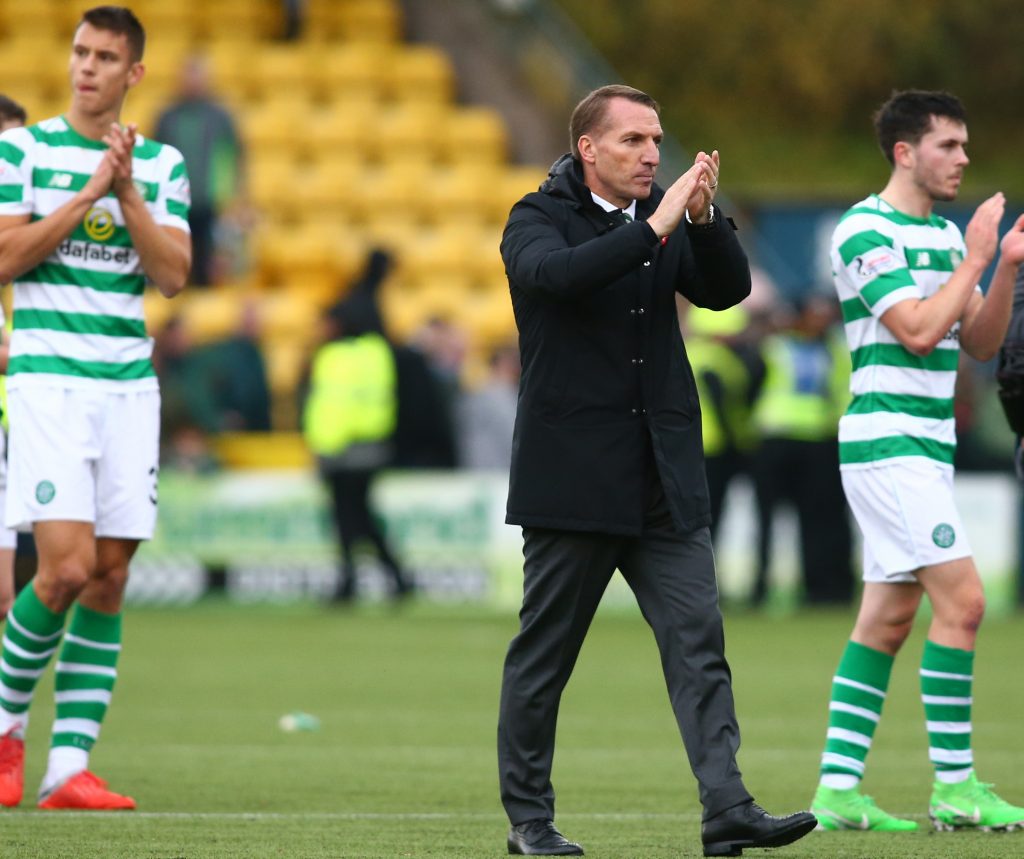 CHEERS…Brendan Rodgers leads the applause to the travelling Celtic fans at the end as Filip Benkovic and Lewis Morgan join in. Pics: Geo.