THE Celtic juggernaut remained on course for a ninth successive title with a crushing 4-0 triumph over Motherwell at Fir Park last night.

The champions, topping the European scoring charts, put in another impressive sharpshooting performance as they maintained their relentless pursuit of the crown with Odsonne Edouard leading and completing the rout.

The Frenchman enjoyed a rampage in Lanarkshire as he slid in the opening goal in the ninth minute and brought the curtain down with an outstanding free-kick 10 minutes from the end.

In between Edouard’s exciting exploits, as he raised his tally to 24 for the campaign, Leigh Griffiths notched his fourth comeback strike and Callum McGregor hit a Goal of the Season contender with a stunning whiplash left-foot drive from the edge of the penalty area.

The four-goal romp means Neil Lennon’s side still have a seven-point advantage at the Premiership pinnacle with Steven Gerrard’s men relying on a late winner against Hibs at Ibrox.

CQN‘s ace lensmen were at Fir Park to capture the action. Here is the pick of the pics. 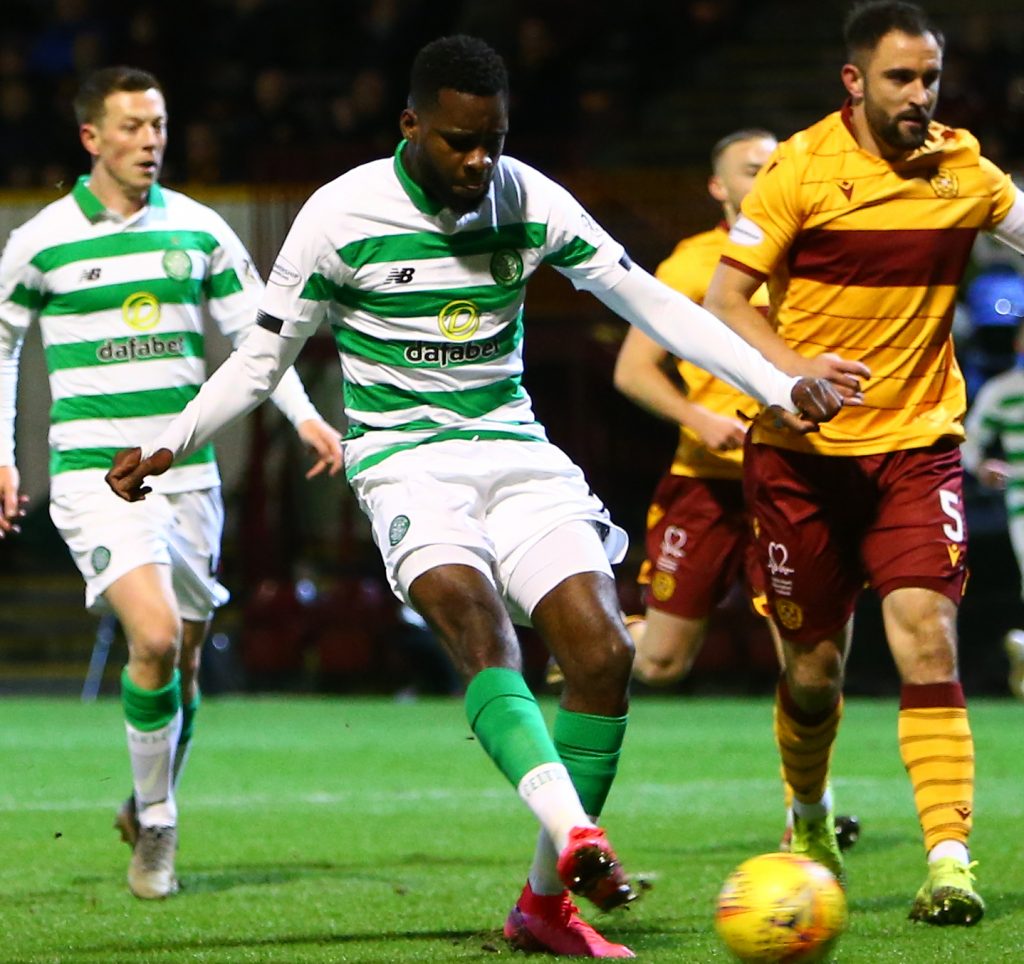 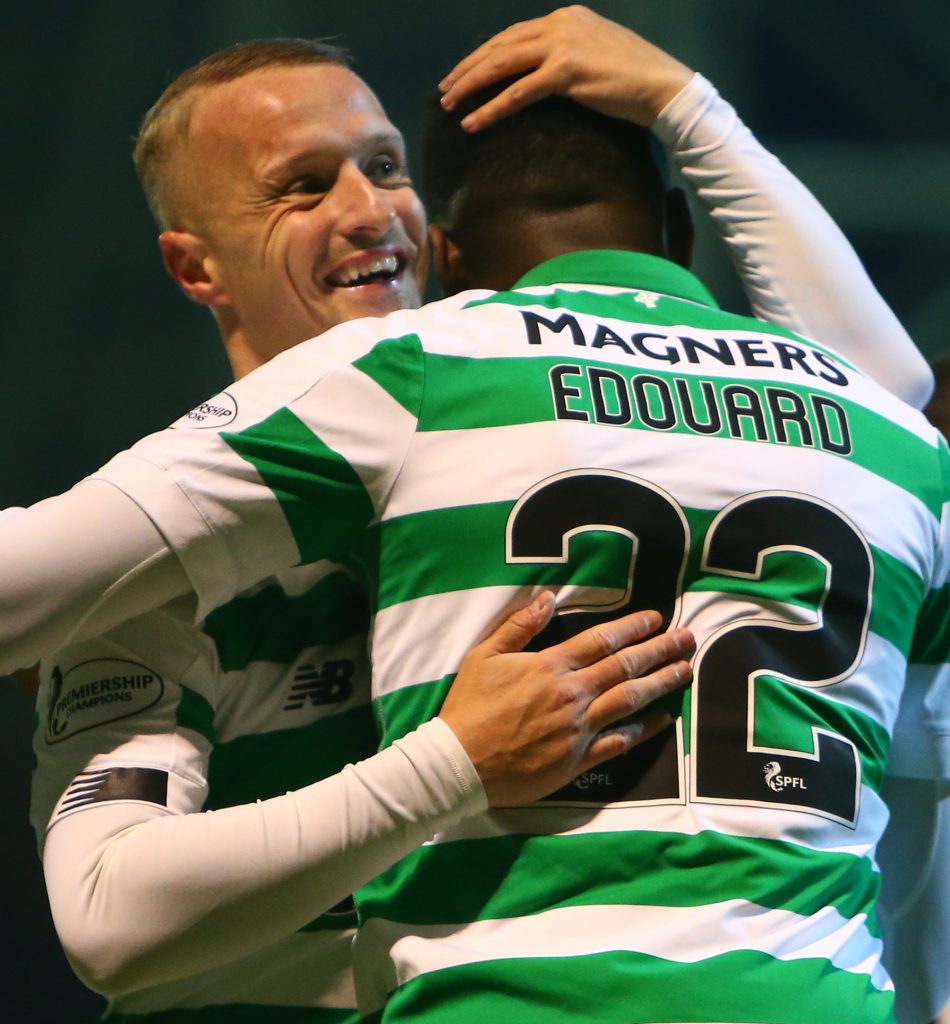 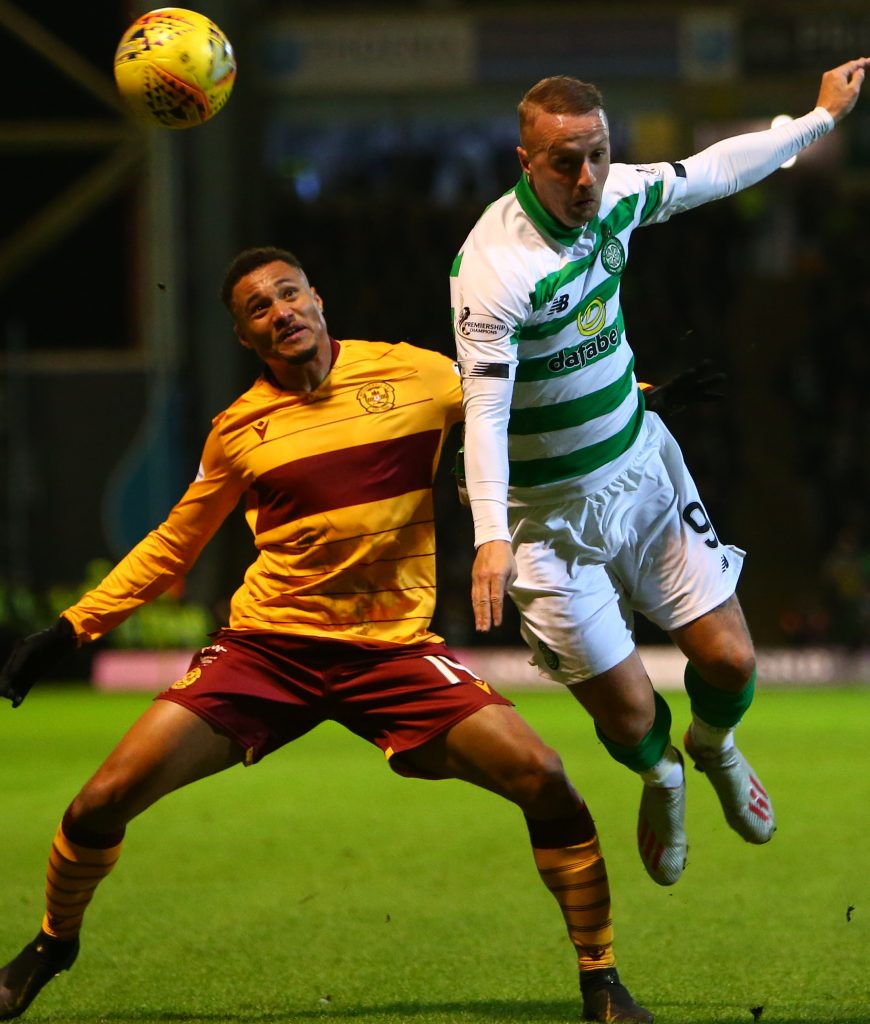 UP IN THE AIR…Leigh Griffiths takes off Superman-style as he piles on the pressure. 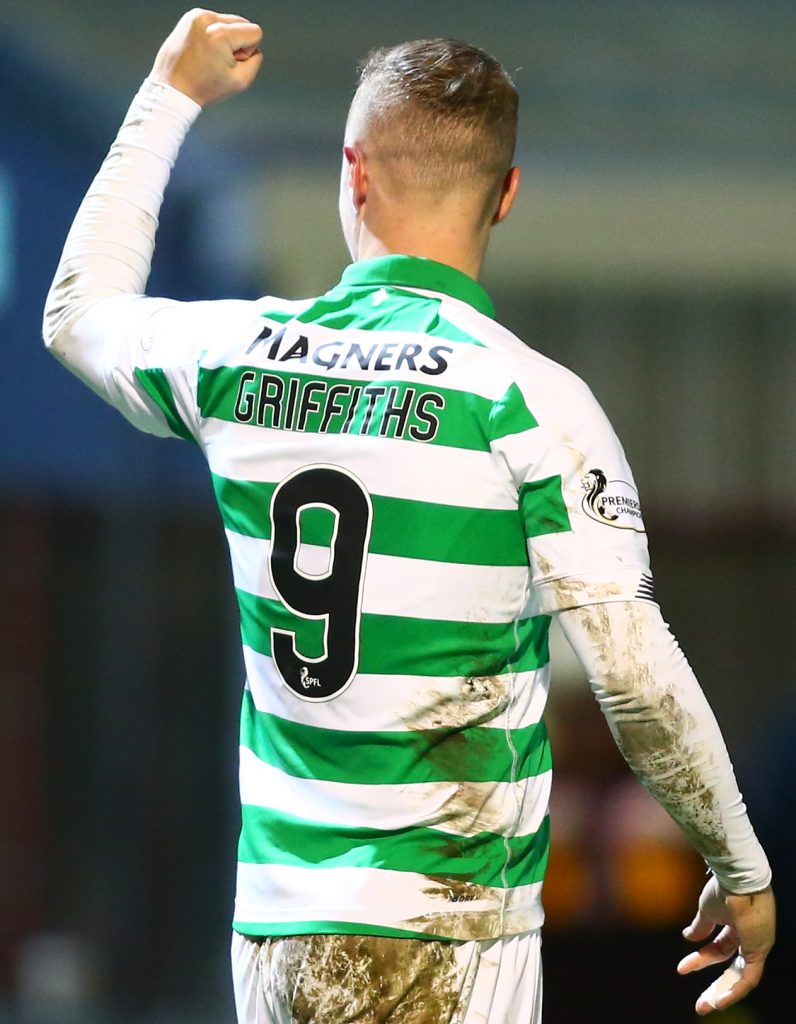 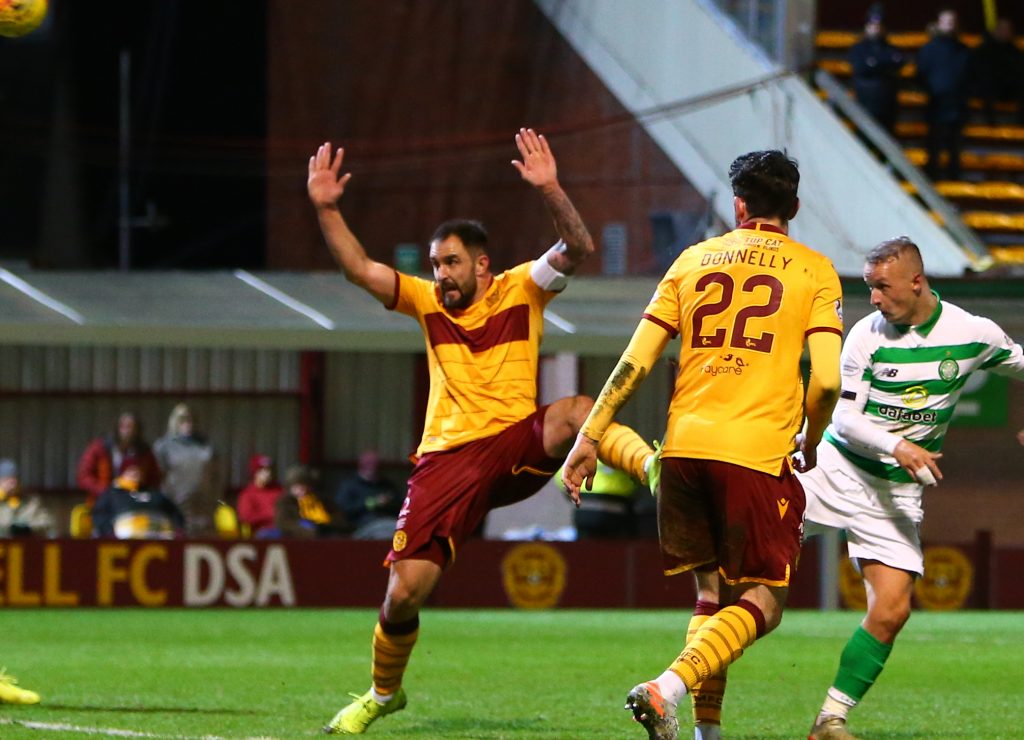 TOUCH WOOD…Leigh Griffiths leaves Peter Hartley and Liam Donnelly standing as he thumps a header off the bar. 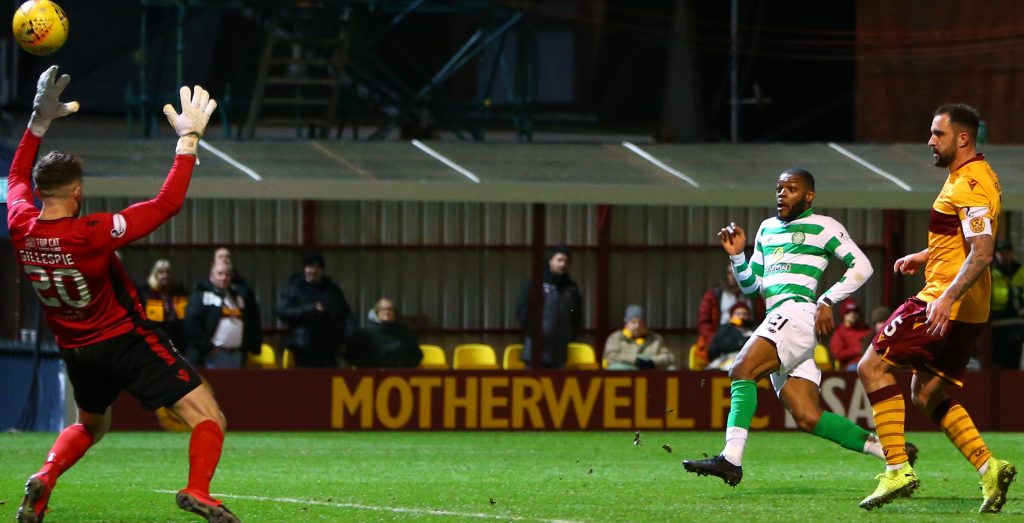 FRENCH MISS…Olivier Ntcham blazes the ball over Mark Gillespie and, unfortunately, the bar, too. 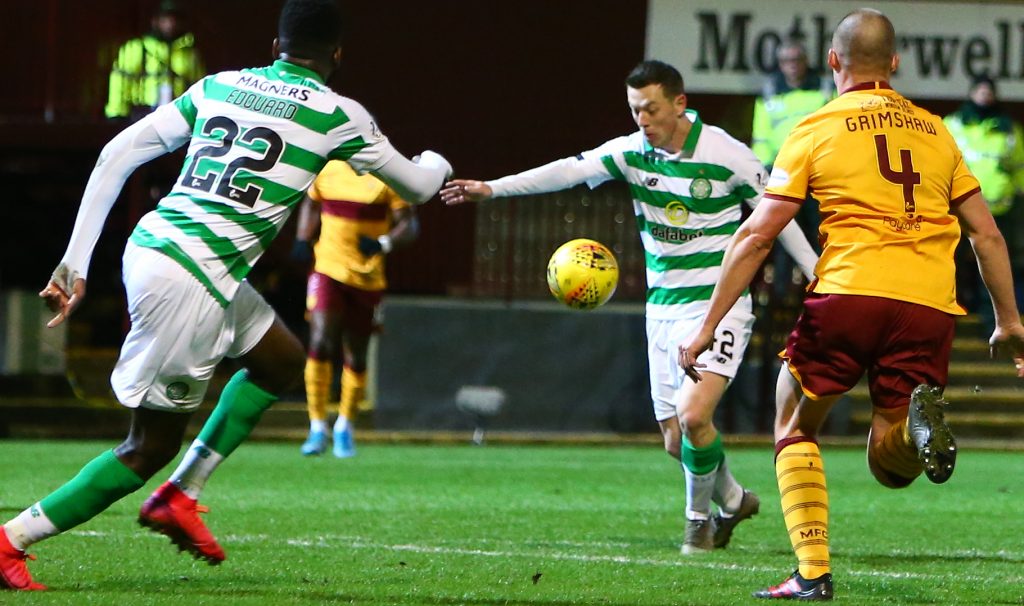 BY THE LEFT…Callum McGregor steadies himself before launching the third goal into the Well net. 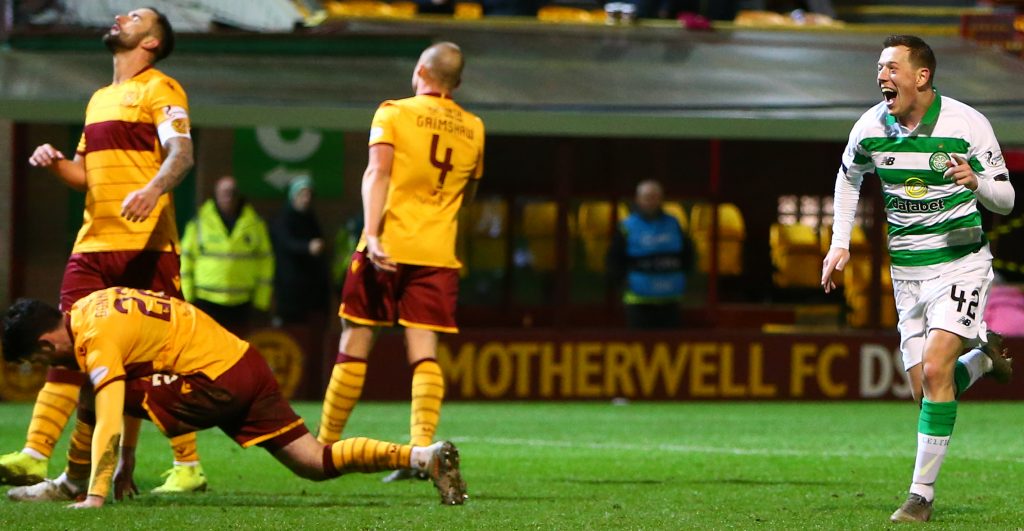 DELIGHT AND DESPAIR…Callum McGregor races to embrace the fans as Well players can’t disguise their feelings. 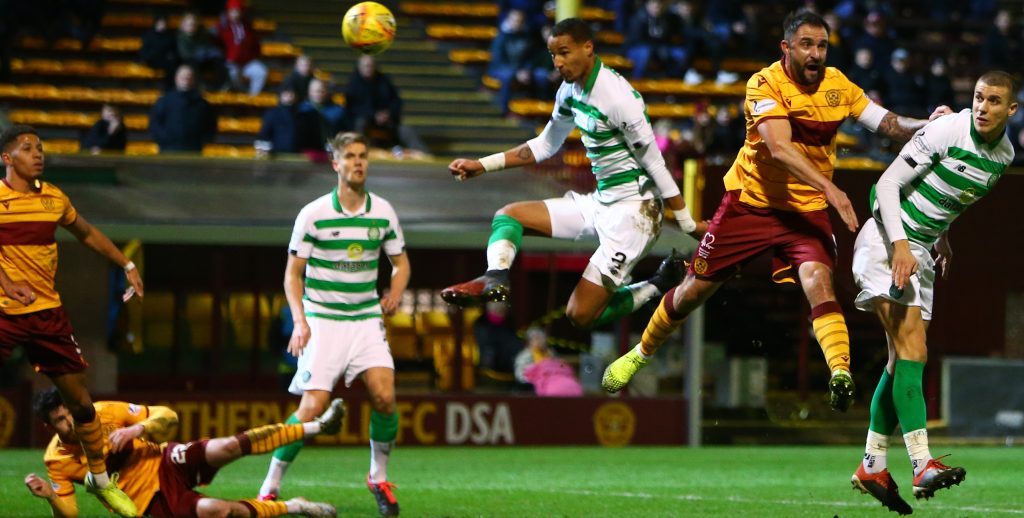 UP AND AT ‘EM…Christopher Jullien, backed by Kristoffer Ajer and Jozo Simunovic, takes to the air.

CELEBRATIONS…Odsonne Edouard expresses his delight after his mesmerising free-kick for the fourth goal. 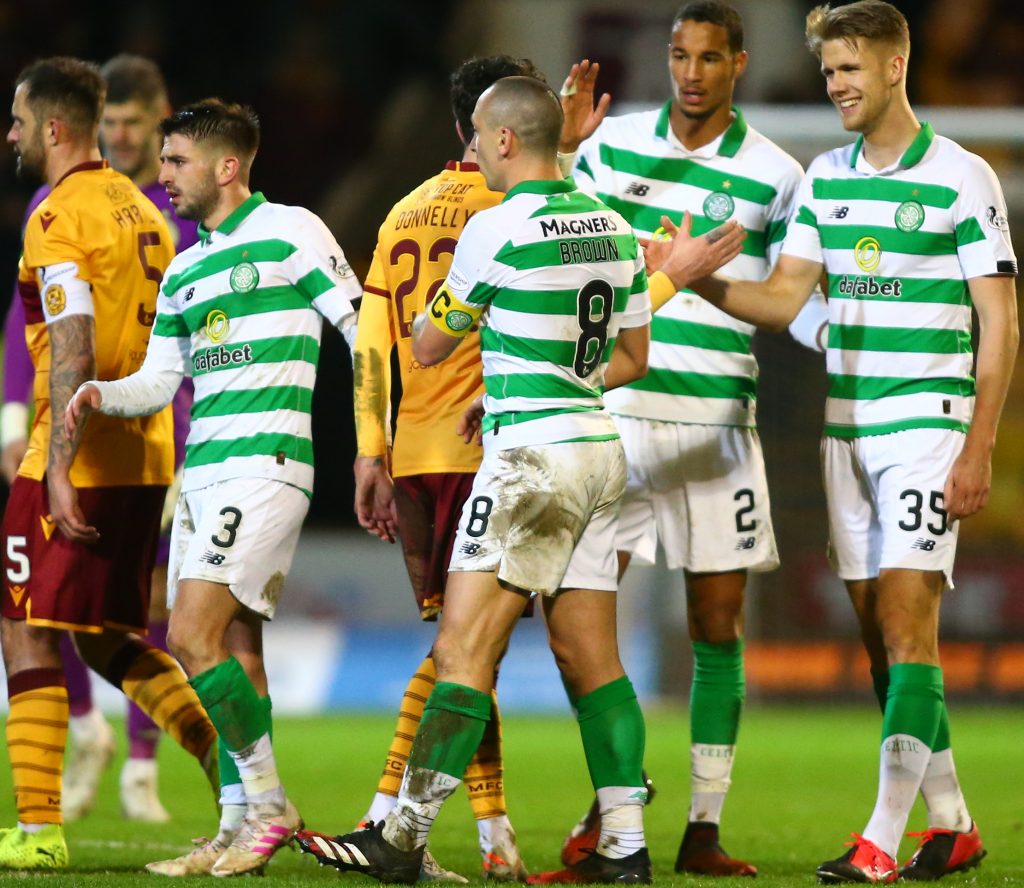 THE END GAME…Greg Taylor, Scott Brown, Christopher Jullien and Kristoffer Ajer at the full-time whistle – and a job well done.

CHAMPS TO THE FOUR