The Hoops, who have won the trophy for the past three seasons, will now go into this evening Scottish Cup draw as they focus on a remarkable quarduple treble.

The scoreline of a narrow one-goal victory hardly emphasised the gulf between the Premiership champions and the Champoinship outfit and Neil Lennon had to be satisfied with a place in the next round after avoiding a potential banana skin in Maryhill.

Goals from comeback Bhoy Leigh Griffiths, with his fourth strike of the season, and Callum McGregor settled the issue. However, the Jags were thrown a stoppage-time lifeline by referee Alan Muir when he awarded them a nonsencical penalty-kick after a brilliant challenge by Jeremie Frimpong on Dario Zanatta. The home side scored, but, thankfully, it had no bearing on the Hoops’ advancement.

It was Firhill for thrills yet again and CQN‘s ace snappers were there to capture the action. Here is the pick of the pics. 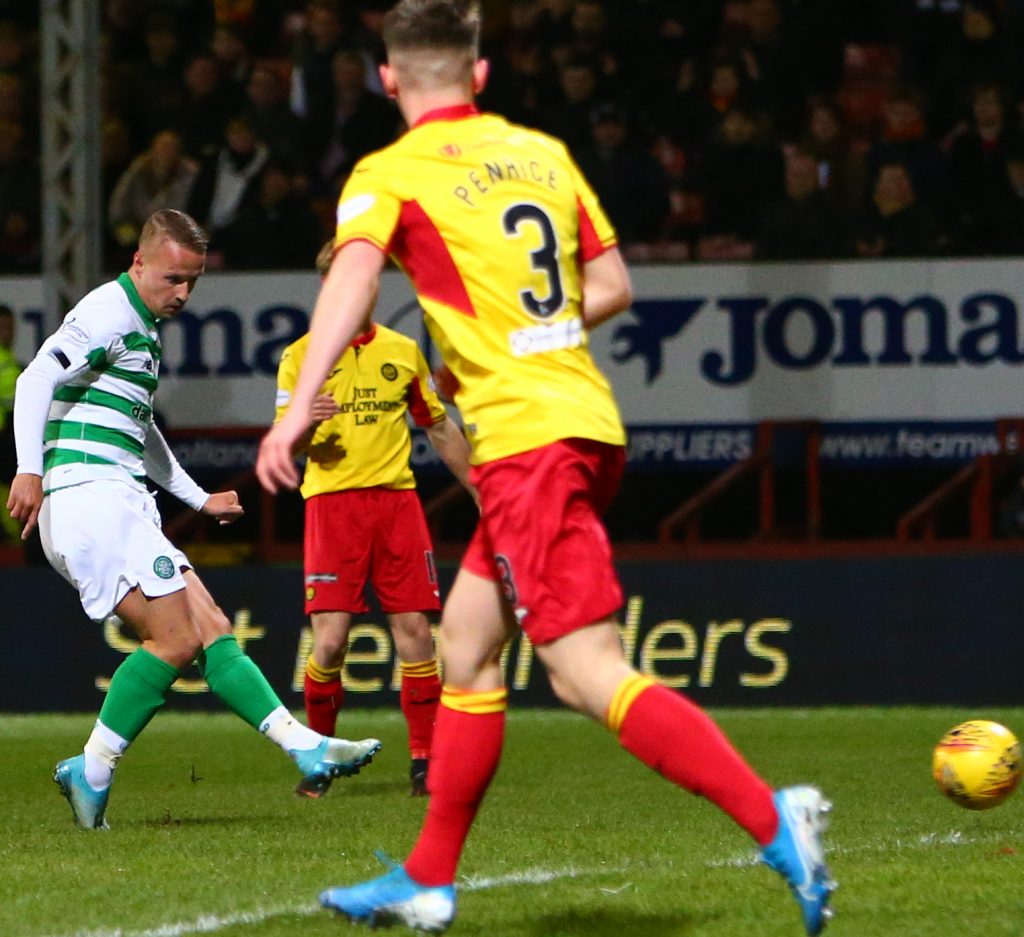 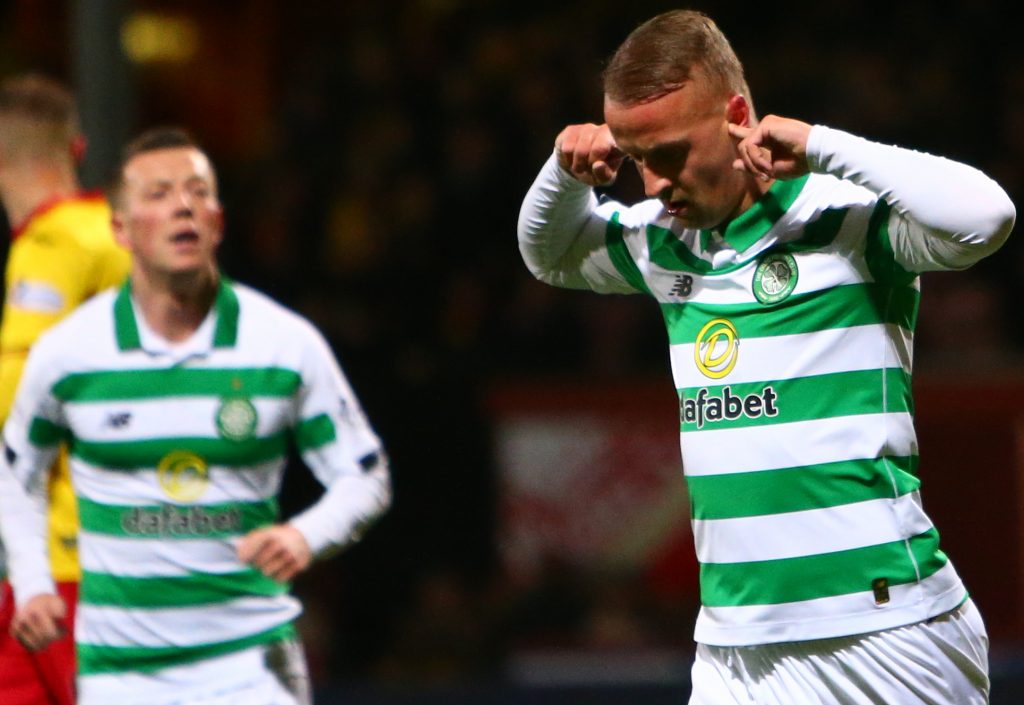 EAR I GO…Leigh Griffiths’ message for the doubters. 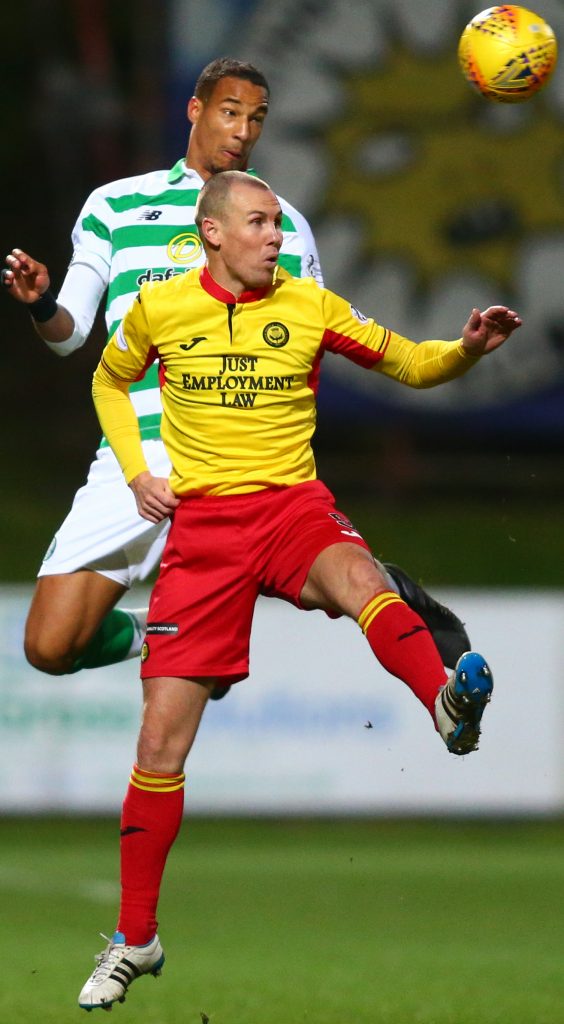 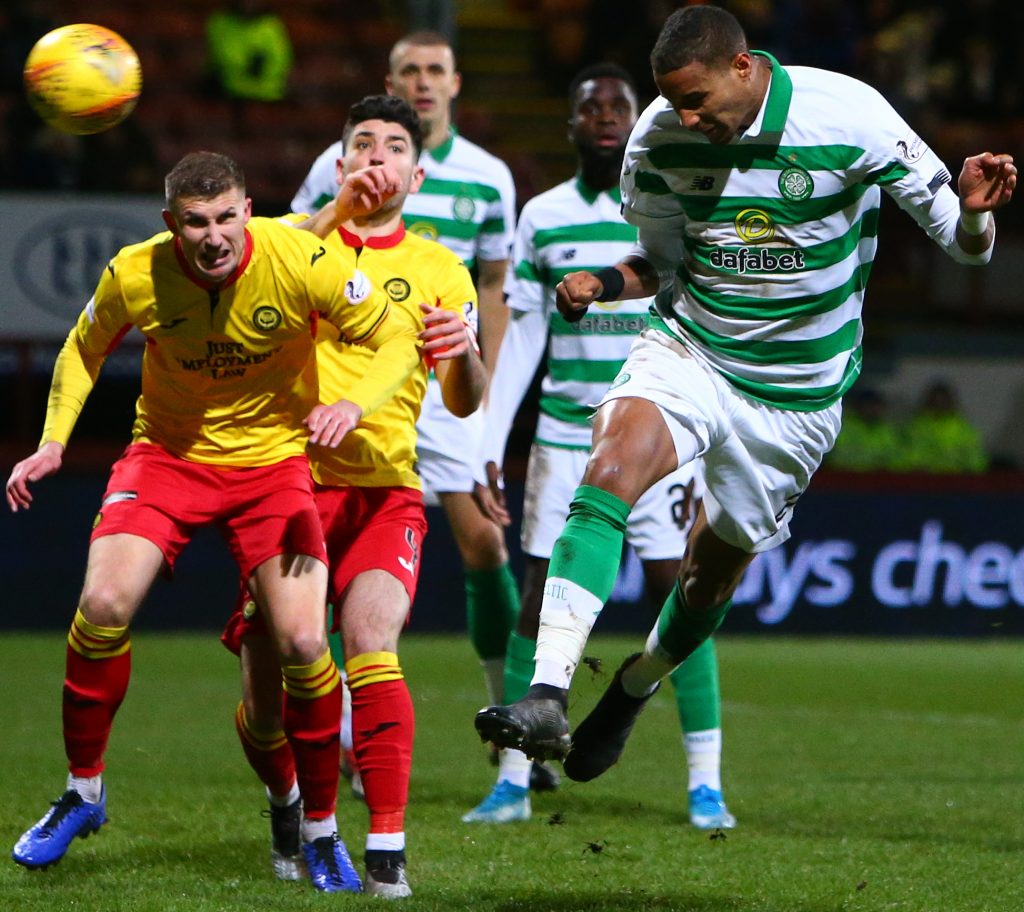 AIR RAID…Jullien thumps in a header. 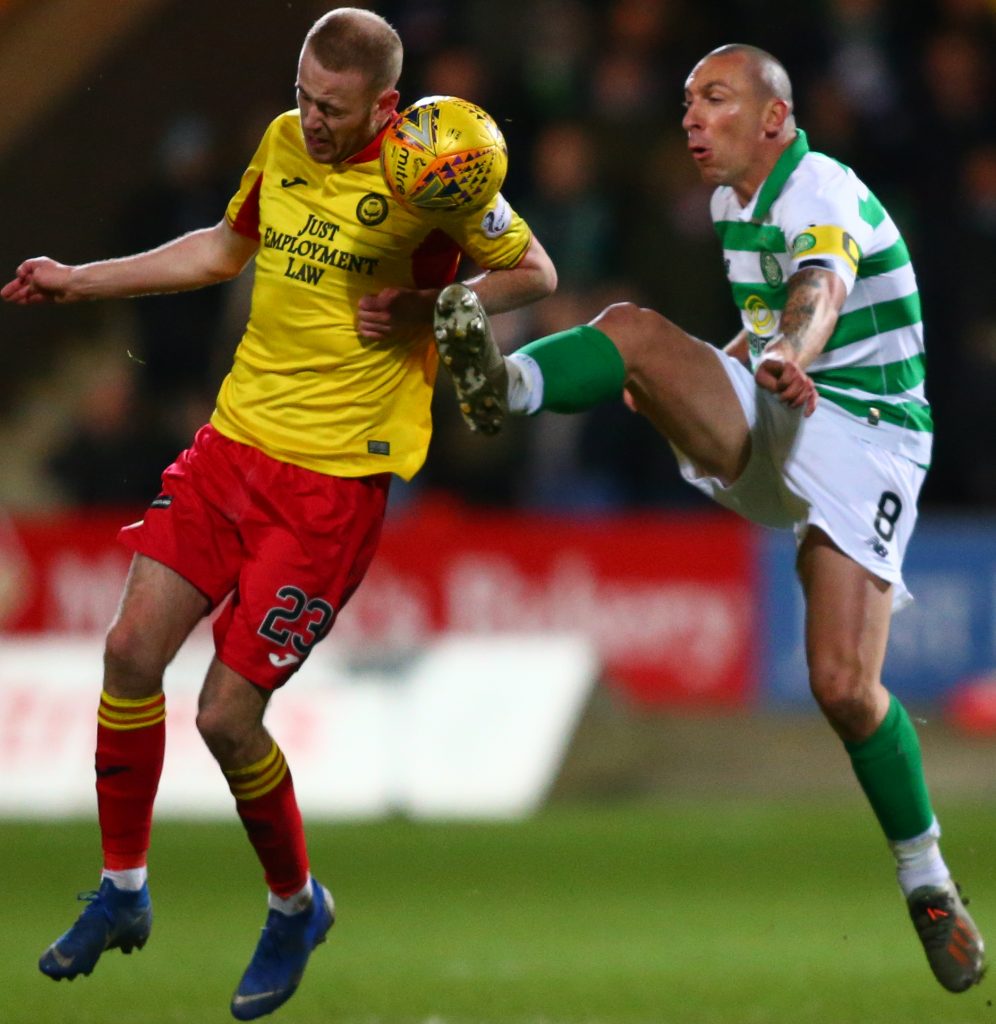 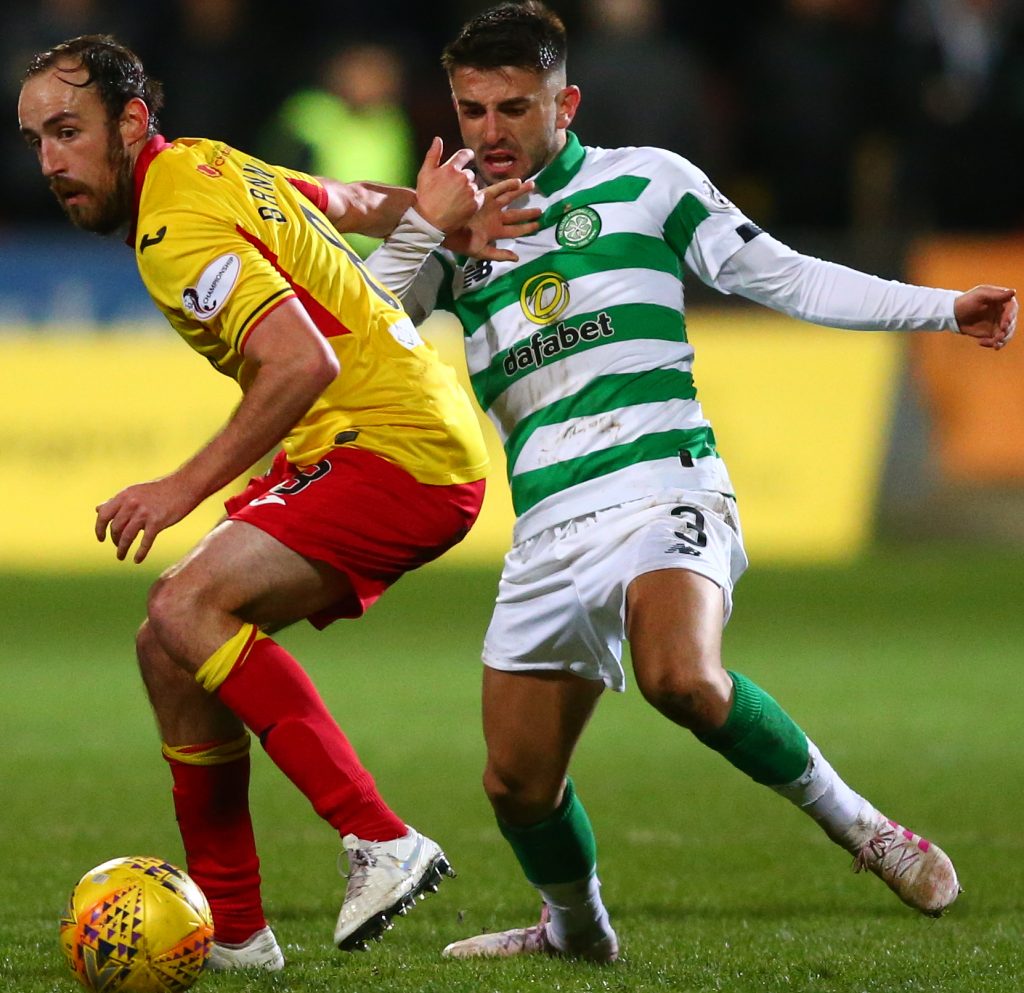 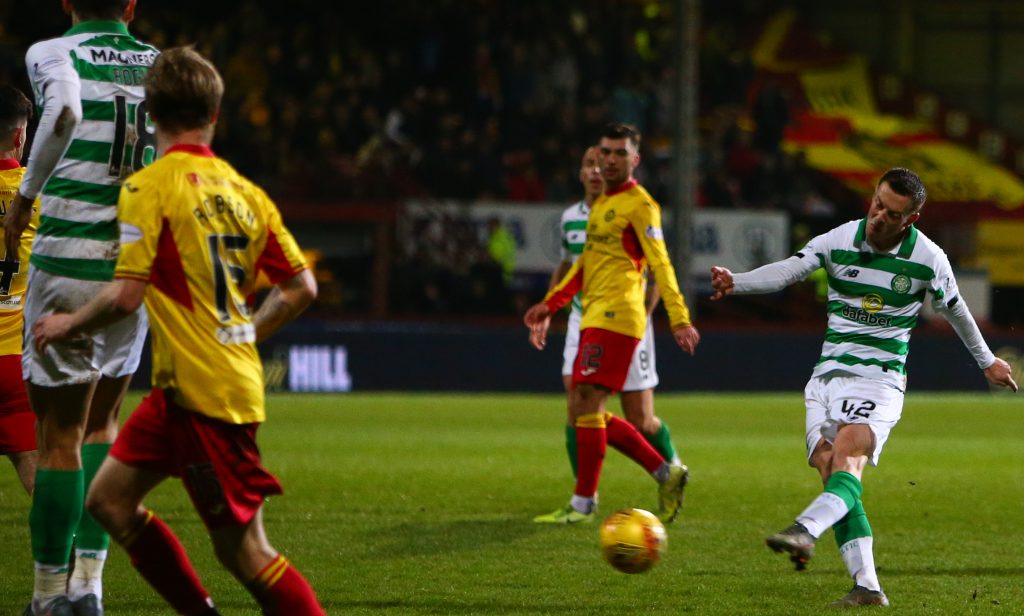 BY THE LEFT…Callum McGregor scores the second goal. 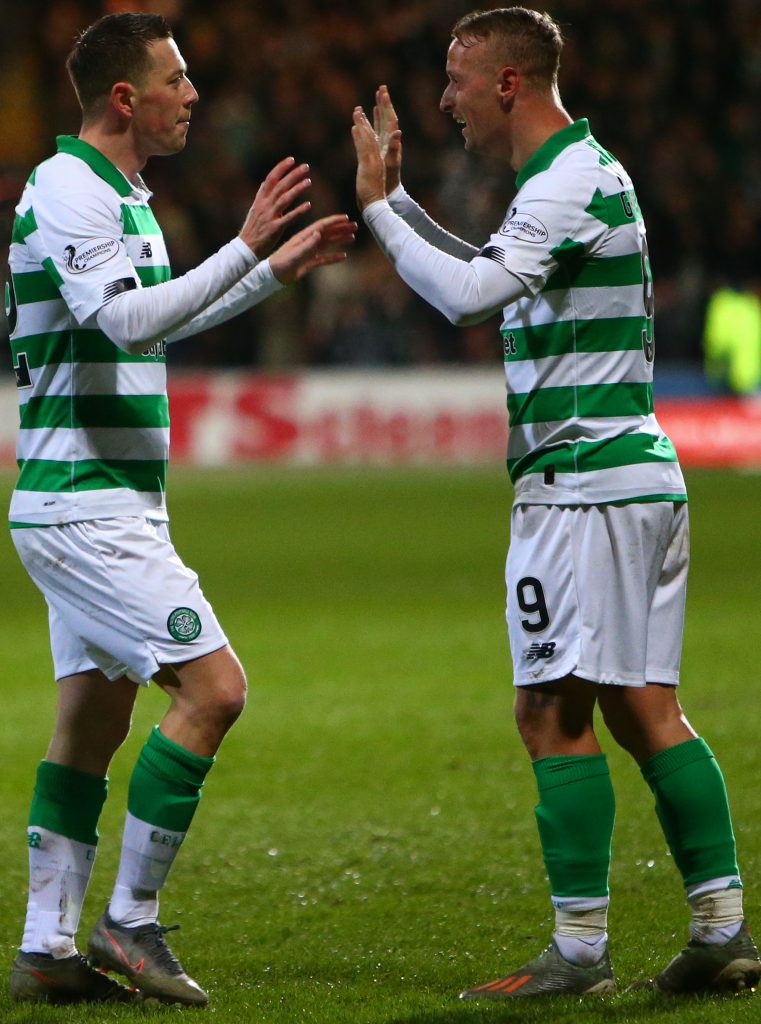 ASTONISHED…Frimpong can’t hide his disbelief as the match official awards a penalty-kick. 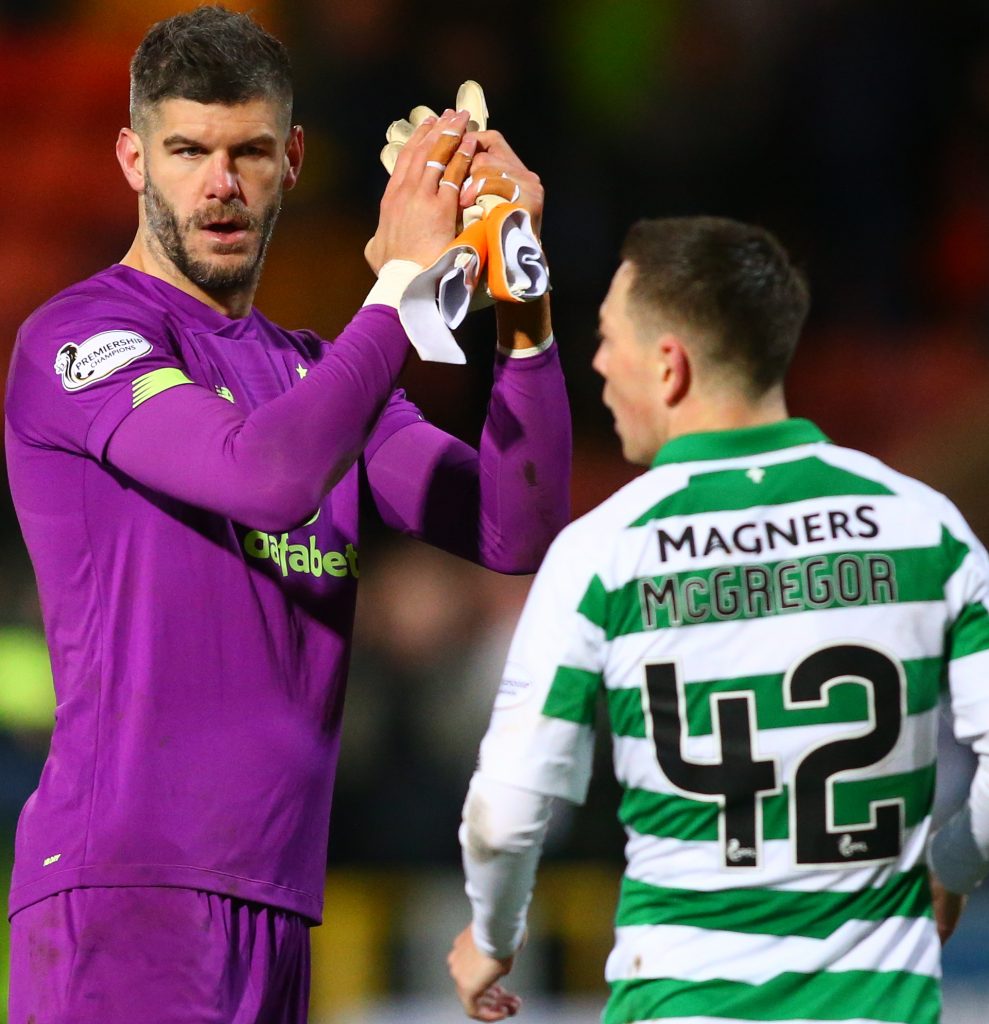 CHEERS…Fraser Forster and Callum McGregor at the end of another Celtic successs story.