RYAN CHRISTIE thumped in two goals in the 4-1 triumph over Ross County in Dingwall yesterday to keep champions Celtic on course for nine titles in a row.

In the process, the Scotland international claimed his 15th strike of the campaign – already FOUR more than he netted in the entire campaign last time out.

The Inverness-born midfielder had his own Highland Fling as he put County to the sword with another devastating display of finishing which moved him one ahead of French Under-21 striker Odsonne Edouard.

There appears to be no stopping the energetic youngster who put in a Man-of-the-Match performance to make sure Neil Lennon’s side remained at the Premiership pinnacle on goal difference.

Hamilton Accies are now in his sights when they arrive at Parkhead on league business on Wednesday and then Christie and his team-mates can turn their attention to the Betfred League Cup Final against Steven Gerrard’s Ibrox outfit at Hampden on Sunday.

Crackshot Christie got the winner against Aberdeen in the grand finale of the same competition a year ago. Anyone willing to bet against hom staging a replay this time around?

CQN‘s ace lensmen were in Dingwall to capture the action at the weekend. 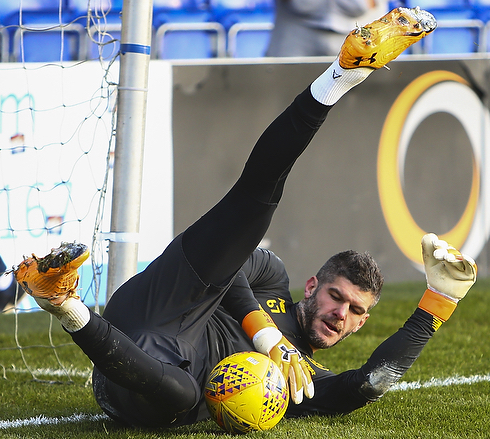 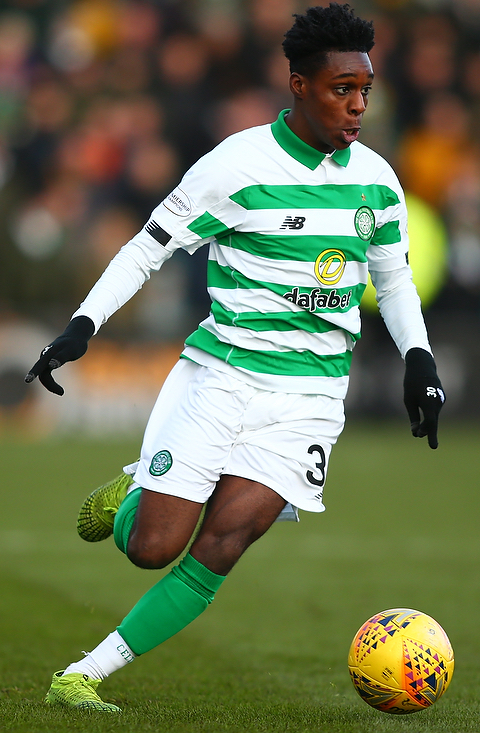 DUTCH OF CLASS…Jeremie Frimpong on the ball in Dingwall. 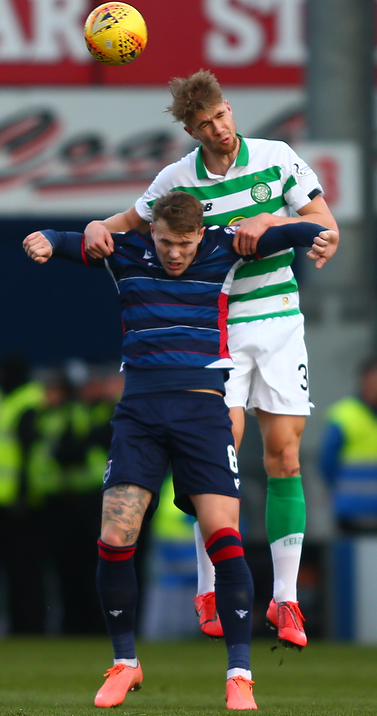 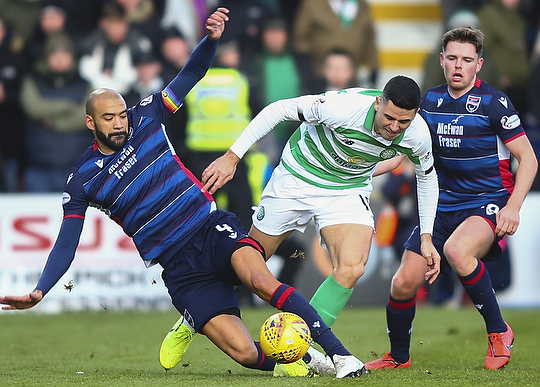 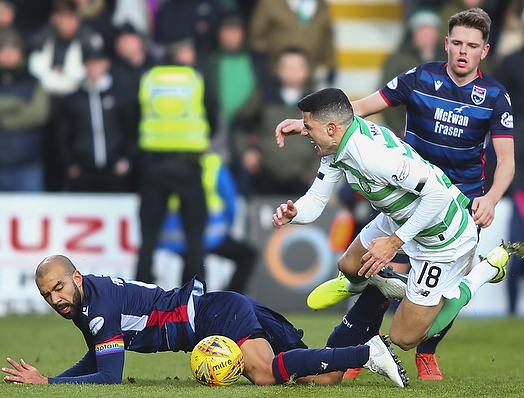 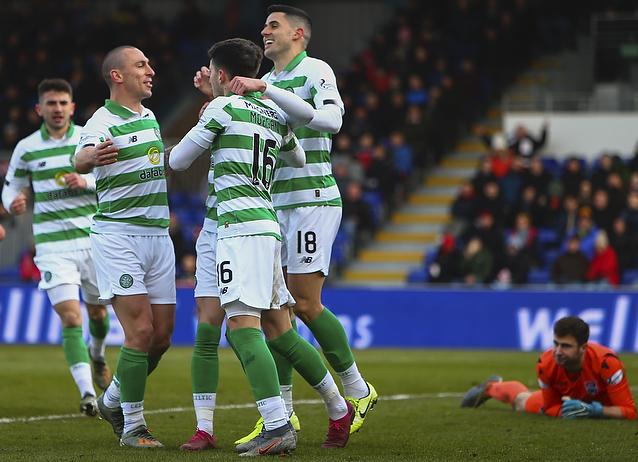 BHOYS’ ZONE…Ryan Christie is congratulated by Scott Brown and Tom Rogic after the opening goal.Greg Taylor is about to join in. Not sharing the joy is grounded keeper Nathan Baxter. 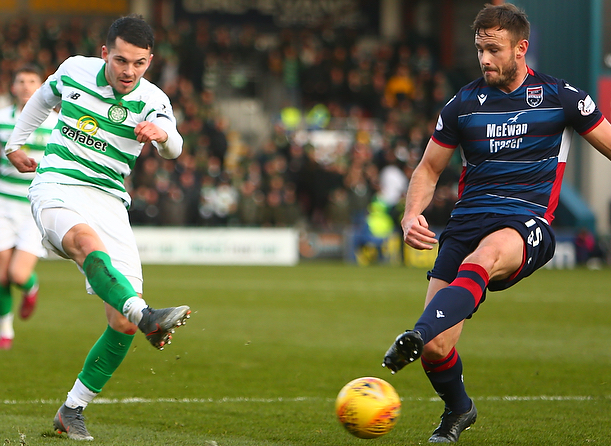 BY THE RIGHT…Lewis Morgan lets fly at the County goal. 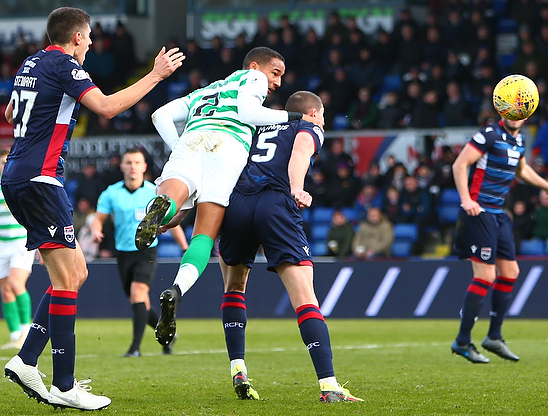 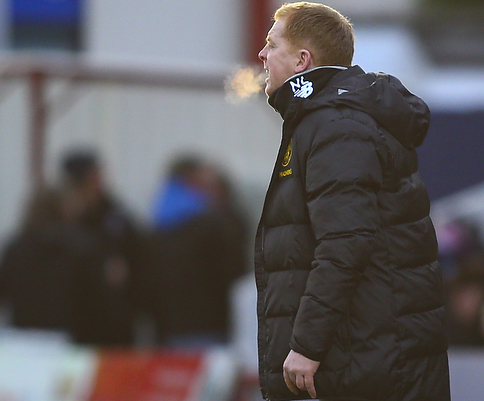 HOT STUFF…Neil Lennon has something to say in chilly Dingwall. 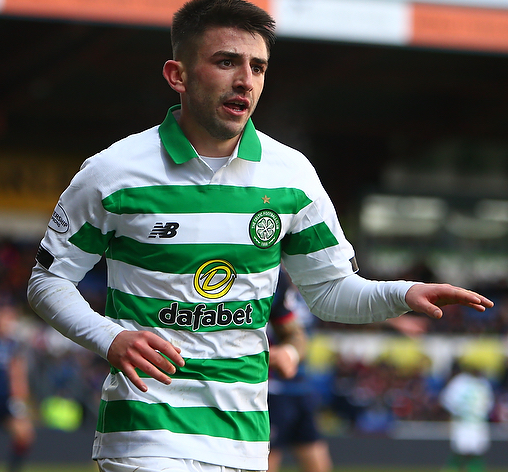 TAYLOR-MADE CELT…£2.25million left-back Greg Taylor proved his worth against the Highlanders. 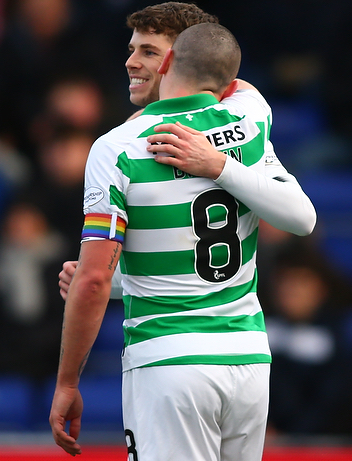 HOLD ON A SECOND…Scott Brown cuddles Ryan Christie after goal No.2. 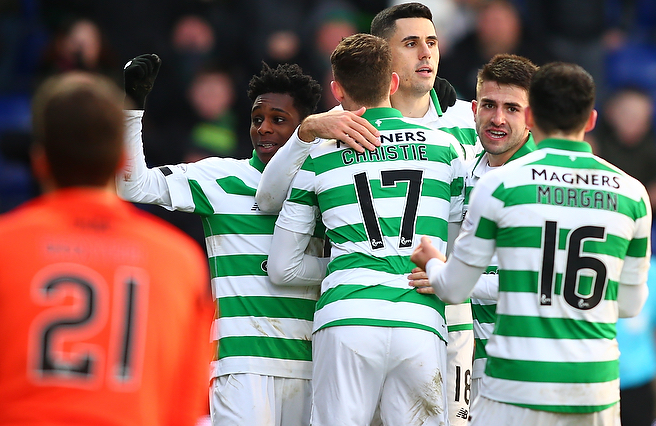 THREE CHEERS…Tom Rogic is congratulated by Ryan Christie, Greg Taylor and Lewis Morgan while Jeremie Frimpong shares the joy with the  fans after the third goal. 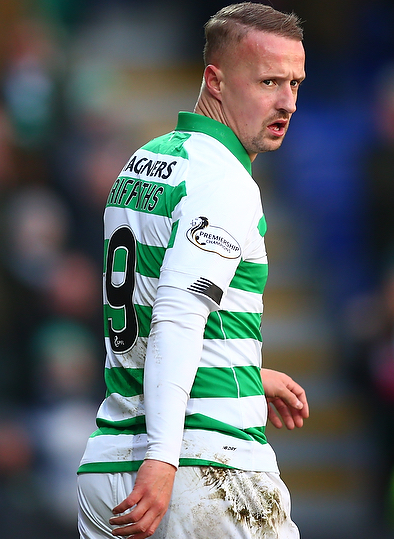 LEIGH’S BACK…fans’ favourite Leigh Griffiths came on as a 75th-minute substitute against County. 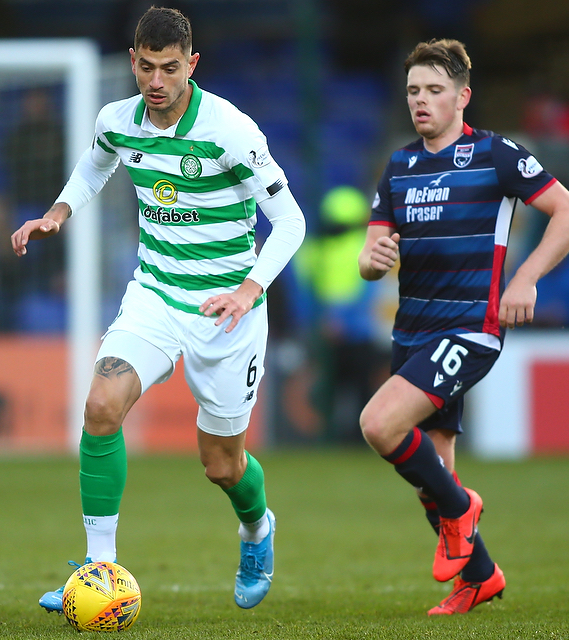 UNDER CONTROL…Nir Bitton moves nonchalantly away from County’s Lewis Spence. 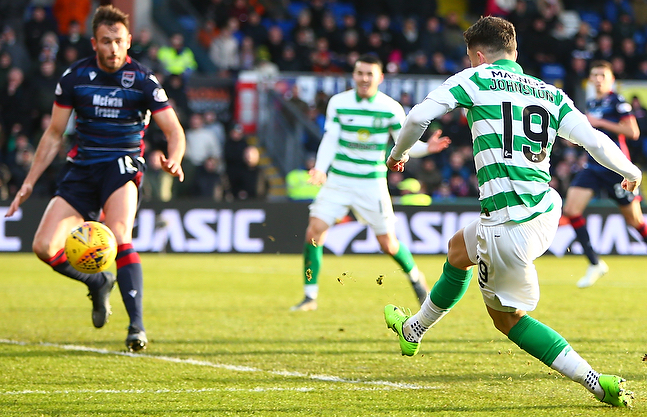 MAY THE FOURTH BE WITH YOU…Mikey Johnston hammers in No.4. 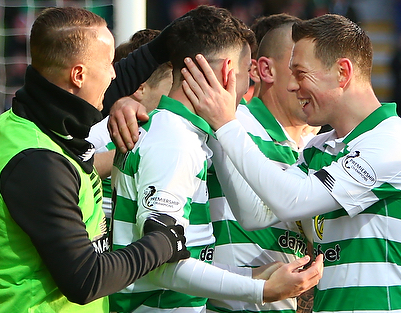