Celtic Quick News on News Now
You are at:Home»In Pictures»IN PICTURES: SEVENTH HEAVEN FOR THE CHAMPIONS – DESPITE LOSS!
By CQN Magazine on 29th September 2018 In Pictures

CELTIC celebrated their seventh title success on the day Aberdeen won at Parkhead for the first time in 14 years with an Andy Considine goal in May.

It didn’t spoil the party, though, as Brendan Rodgers’ men had made certain of the crown four games earlier with a 5-0 hammering of Sevco Rangers.

The Dons, who return to Parkhead today, had to be content with runners-up sapot to the Hoops – for the fourth consecutive campaign.

Here are some images from the action that sunny afternoon in the east end of Glasgow. 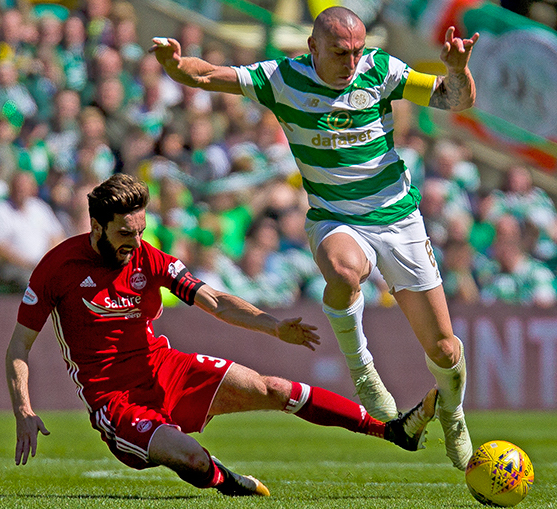 CRUNCH…skipper Scott Brown jumps over a challenge from Graeme Shinnie. 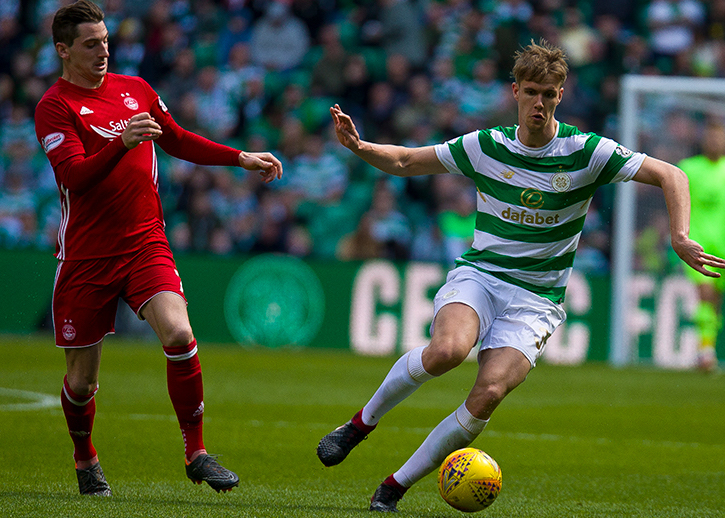 TOUCH OF CLASS…Kristoffer Ajer clears up a Dons attack. 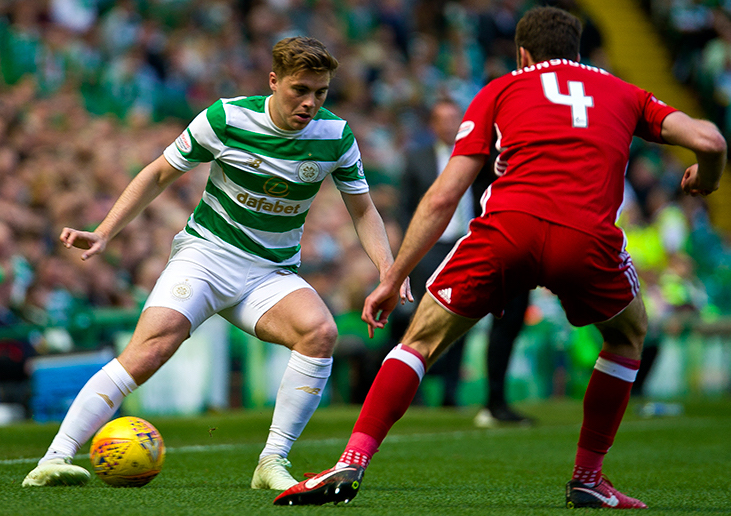 ON THE BALL…James Forrest prepares to take on an opponent. 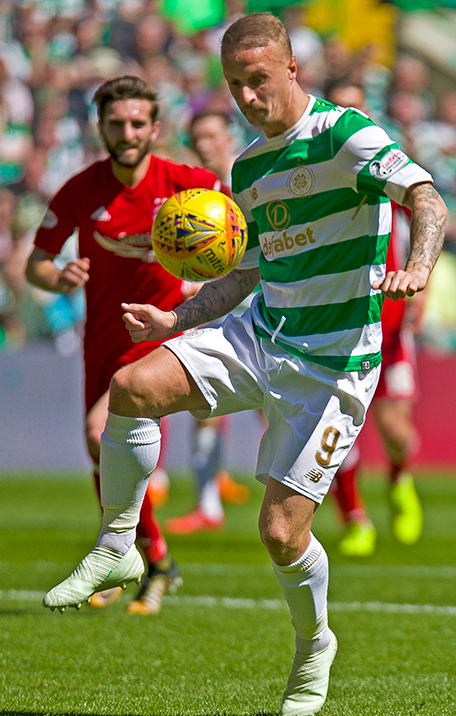 EYES ON THE BALL…Leigh Griffiths on the attack. 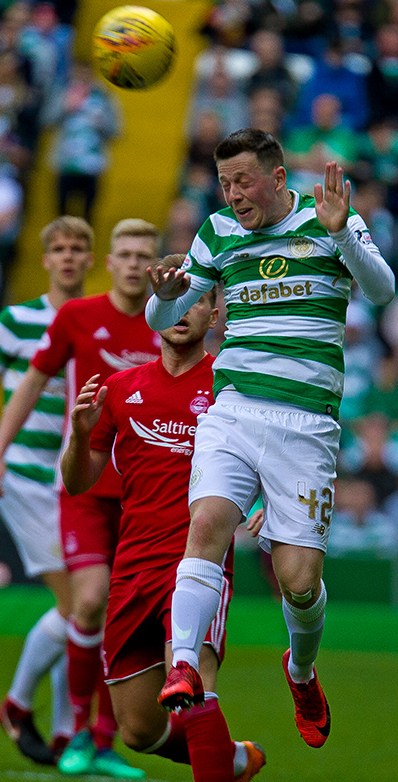 HEADS IN WIN…Callum McGregor comes out on top in aerial duel. 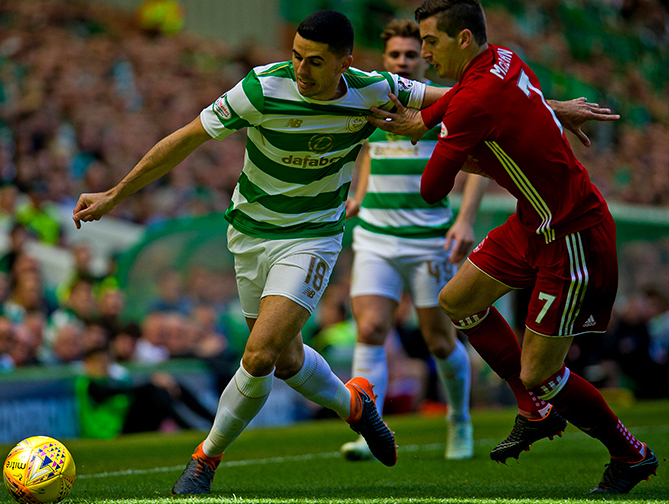 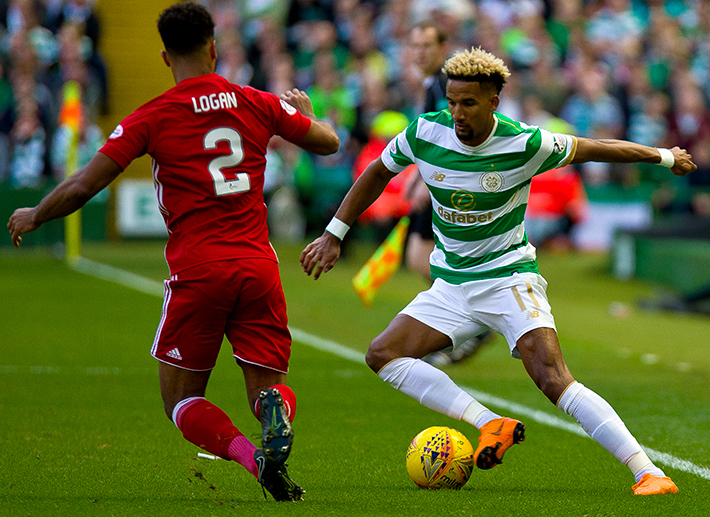 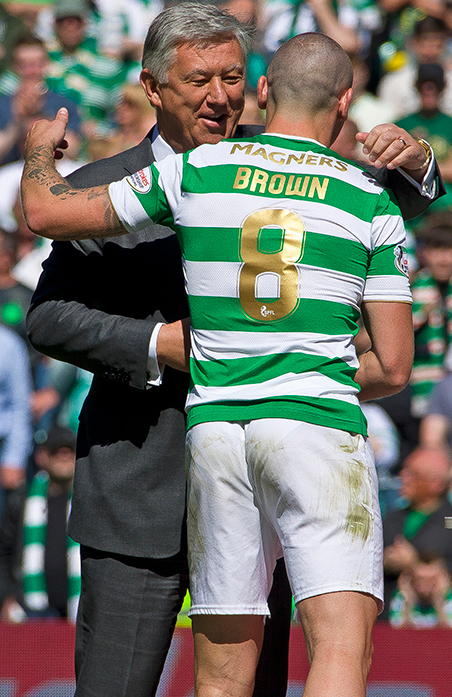 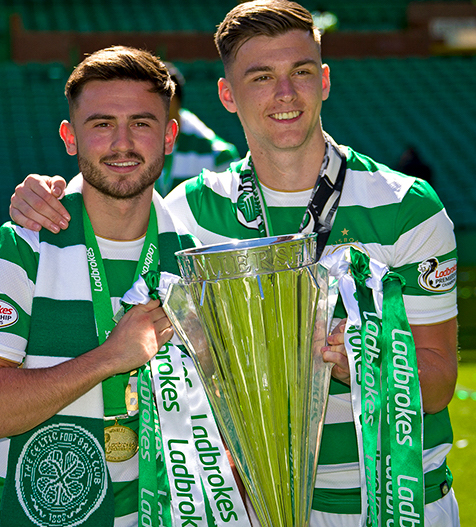 TWO OF A KIND…Patrick Roberts and Kieran Tierney with the trophy.

* DON’T miss all the action in the unbeatable match report from the Celtic v Aberdeen game this afternoon – only in your champion CQN.