The flamboyant English attacker made a massive impact as a first-half substitute against Hearts in the 3-0 triumph in the Betfred league Cup semi-final at Murrayfield on Sunday.

Sinclair, returning to his first-season impressive form, opened the scoring against the Edinburgh outfit with an immaculate penalty-kick as he shrugged off the pressure in front of over 61,000 fans.

He staged an action replay on Tayside following the award in the 32nd minute with the Hoops already leading 1-0 with another piece of individual artistry from Wizard of Oz Tom Rogic.

CQN‘s ace lensman Geo was there to capture the incident in a wonderful sequence of images.

CRASH…Mikael Lustig is sent tumbling to the turf after a wayward challenge from Dundee defender Ryan Inniss. Darren O’Dea and Kenny Miller are not convinced. 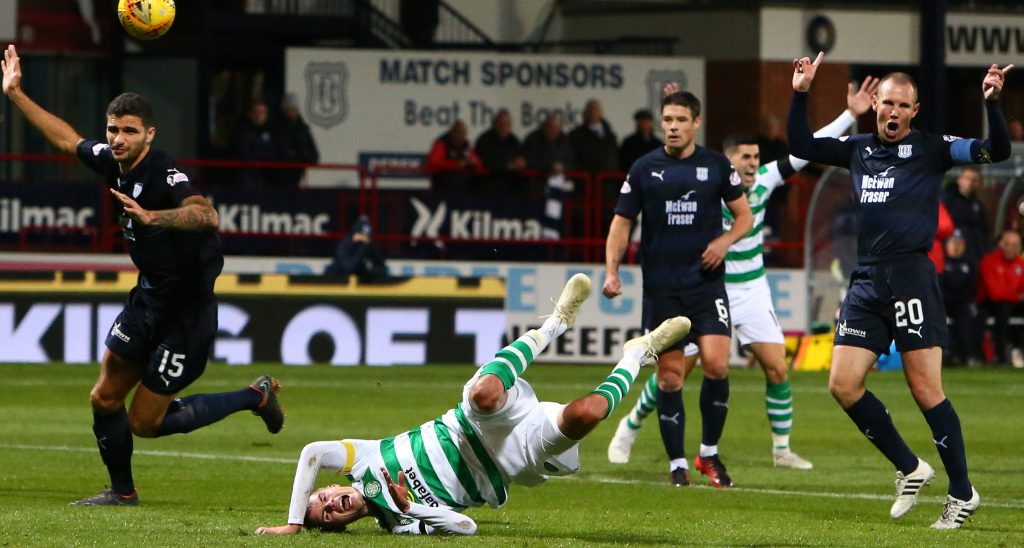 OUCH…Lustig topples with team-mate Rogic in no doubt about the penalty call. 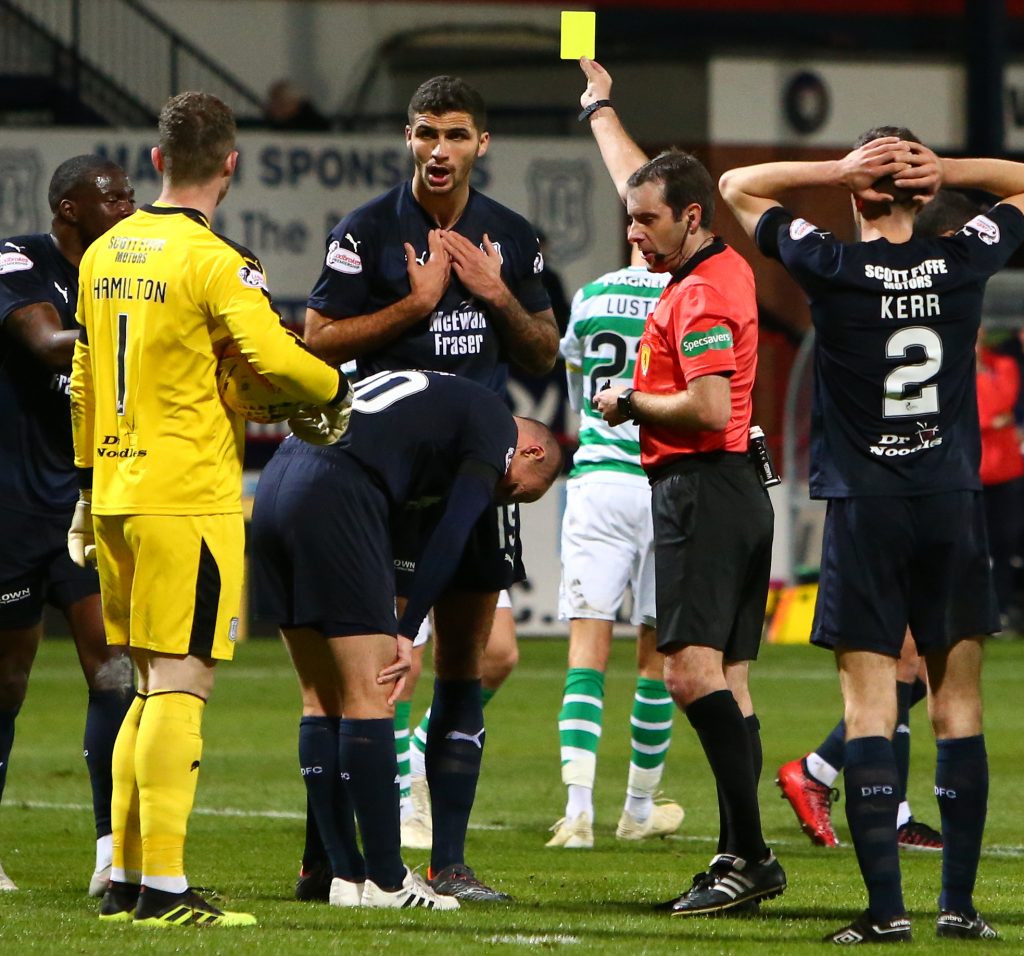 BOOKED…referee Alan Muir is in no doubt as he makes the award and yellow cards the Dens offender. 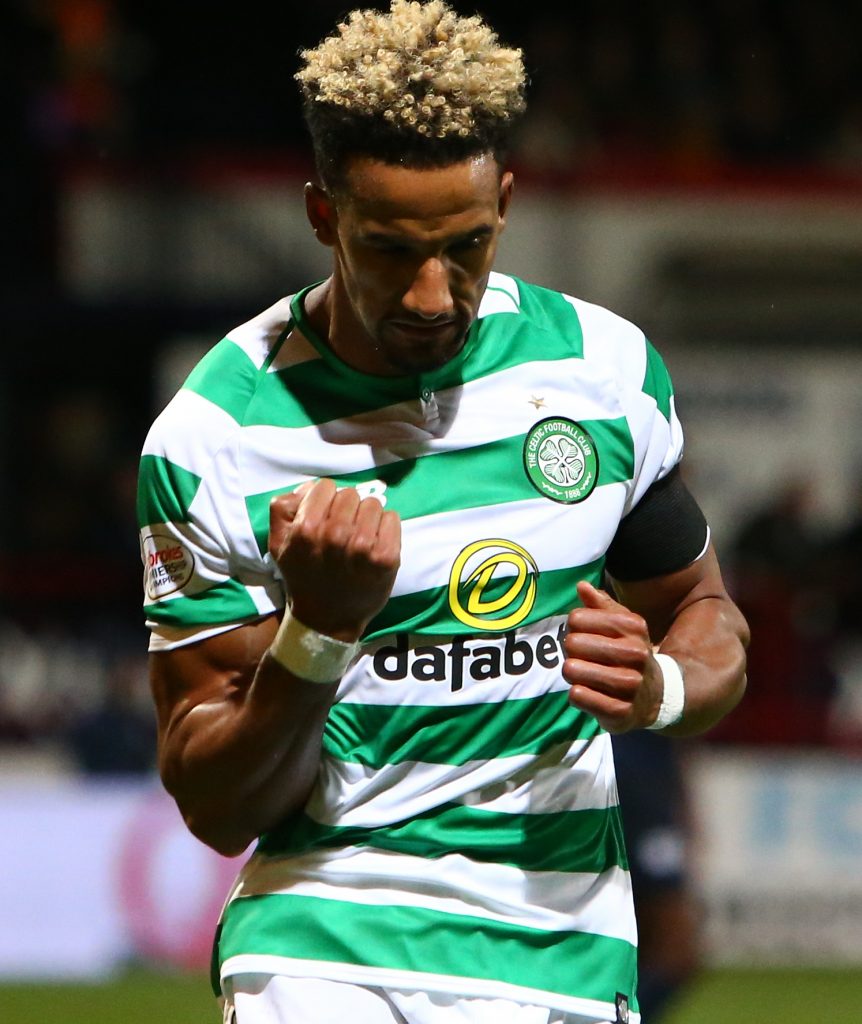 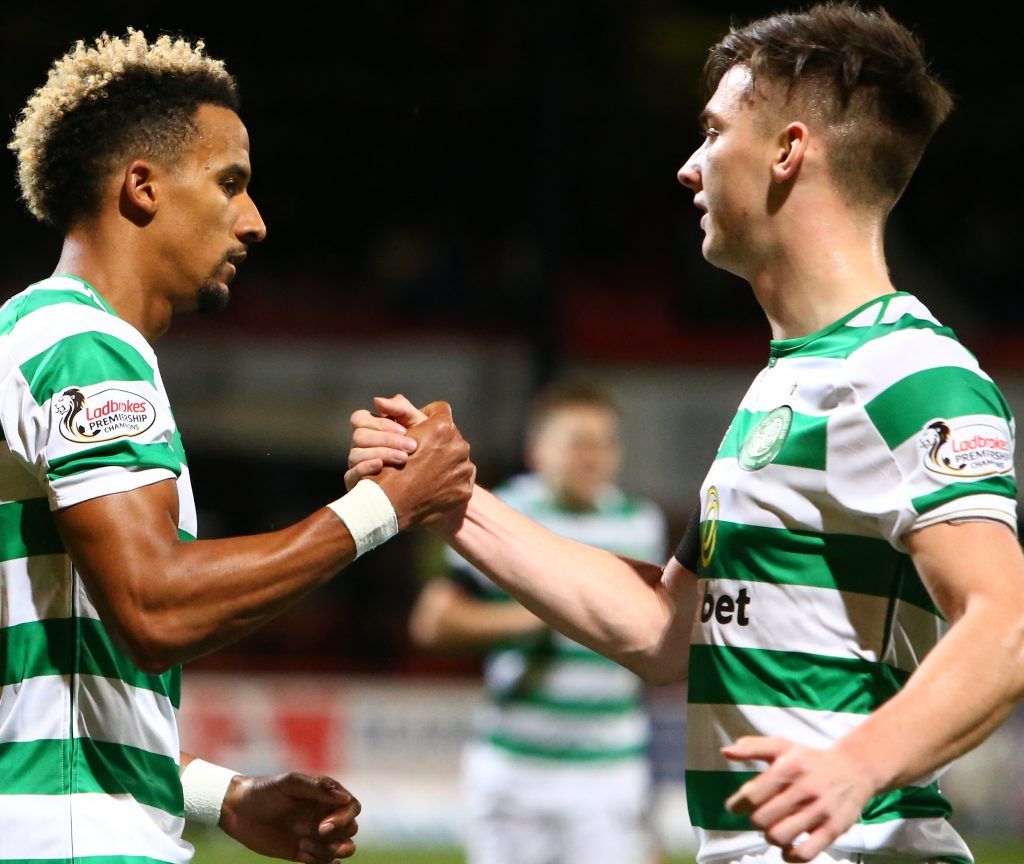 CONGRATS…Kieran Tierney is the first to say well done to his team-mate. Pics: Geo.