CELTIC took the freeway to the Scottish Cup semi-final and a meeting with old foes Aberdeen at Hampden next month.

It was all-square on the McDiarmid Park mudheap Park in a no-holds-barred confrontation with battling St Johnstone yesterday when the Hoops were awarded a free-kick on the right in the 81st minute.

Jamie McCart had ploughed through James Forrest in a challenge of excessive force and got none of the ball as he sent the winger hurtling through the air. It’s euphamistically known as “clearing out” an opponent in quaint footballspeak. The Perth defender, who was once on the Parkhead club’s books, thundered into the tackle and left the Scotland international writhing on the sodden turf. Referee Bobby Madden, in a remarkably lenient mood, reached only for a yellow card.

The Saints players may have thought they had “got away with one” – again in football parlance – but with delicious irony the only thing that was “cleared out” was the home side’s ambitions to progress in the national competition.

Ryan Christie took the resultant free-kick and his arcing cross into the penalty box created alarm for the defenders. Chrstopher Jullien timed his run to the near post to perfection, but was a mere couple of inches away from making contact. Goalkeeper Zander Clark, who had a fine game, was distracted by the actions of the towering Frenchman and the ball carried on into the far corner of the net.

Games are often decided on such fine margins. By fair means or foul.

CQN‘s ace lensmen were there to capture the action. Here is the pick of the pics. 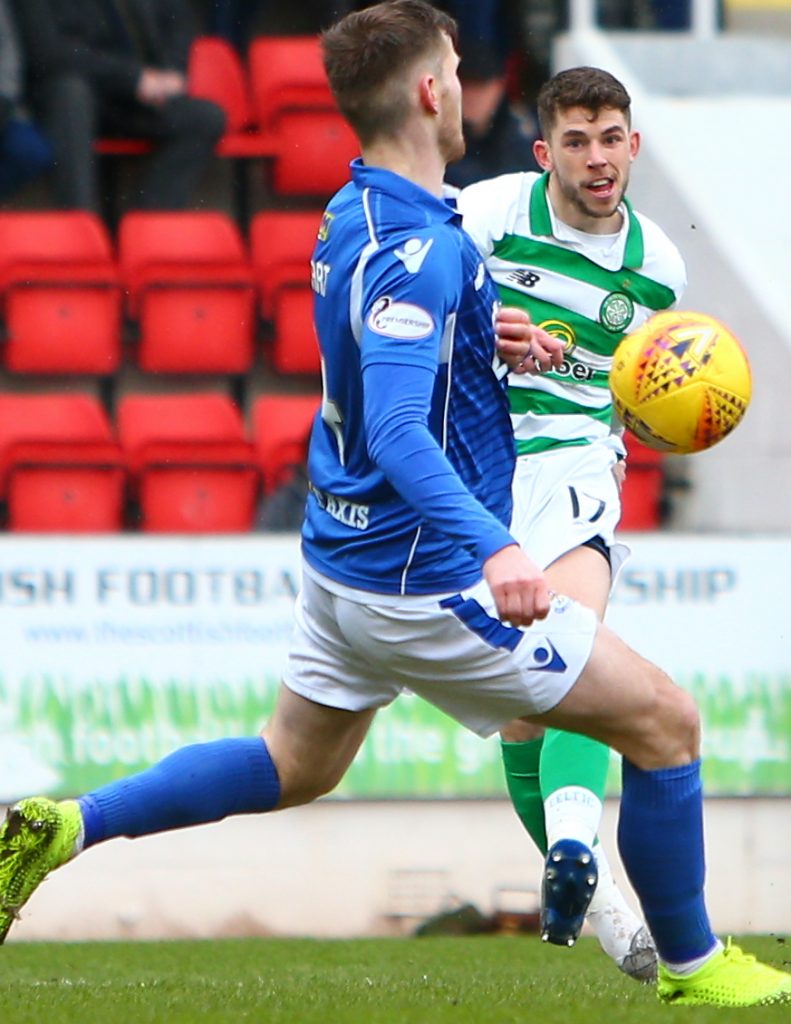 BY THE LEFT…Ryan Christie attempts to curl in a shot from the edge of the box. 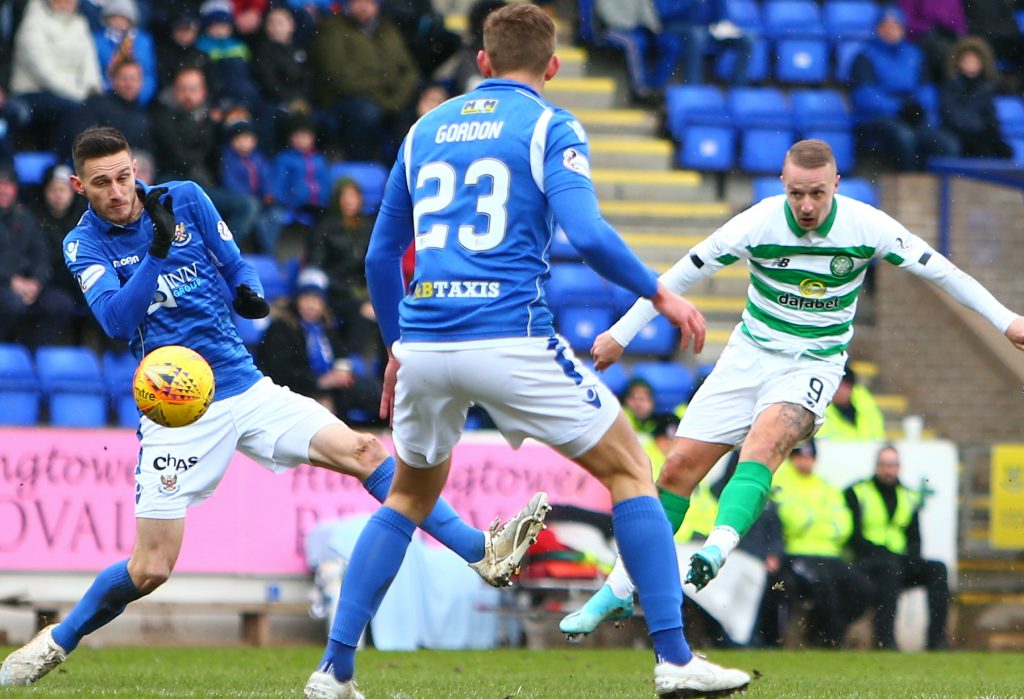 IT WENT THATAWAY…Odsonne Edouard looks back in anger as a chance is lost. 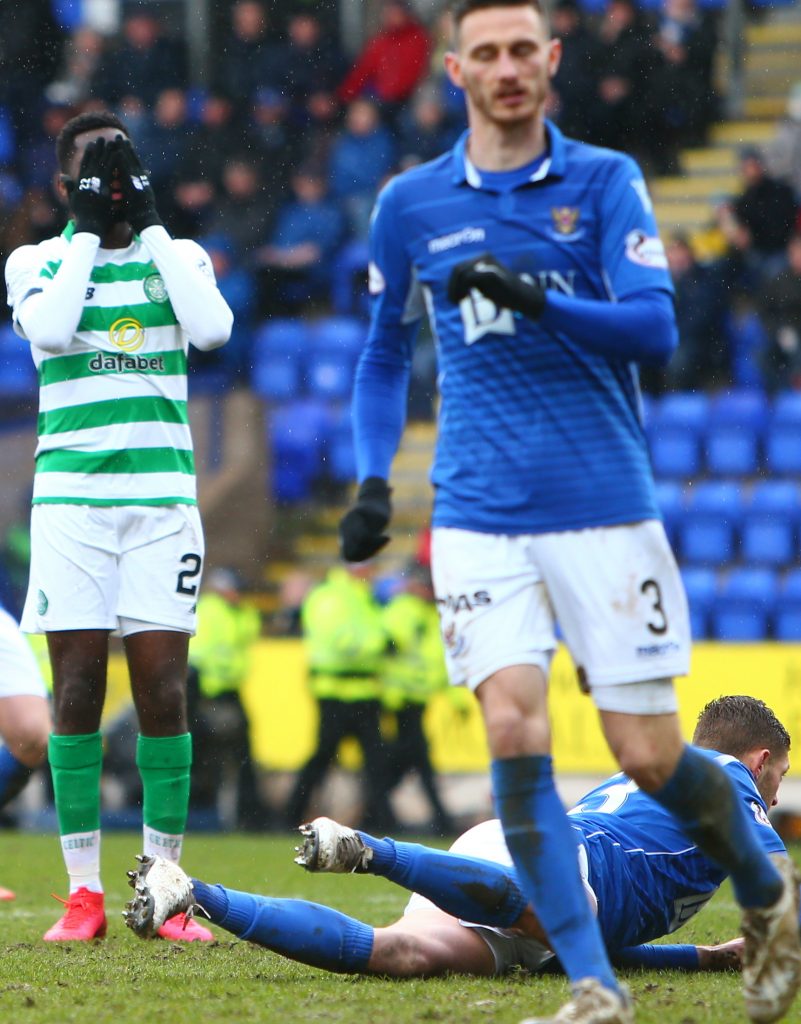 OOPS…Odsonne Edouard can’t bear to look after blazing an effort high, wide and anything but handsome. 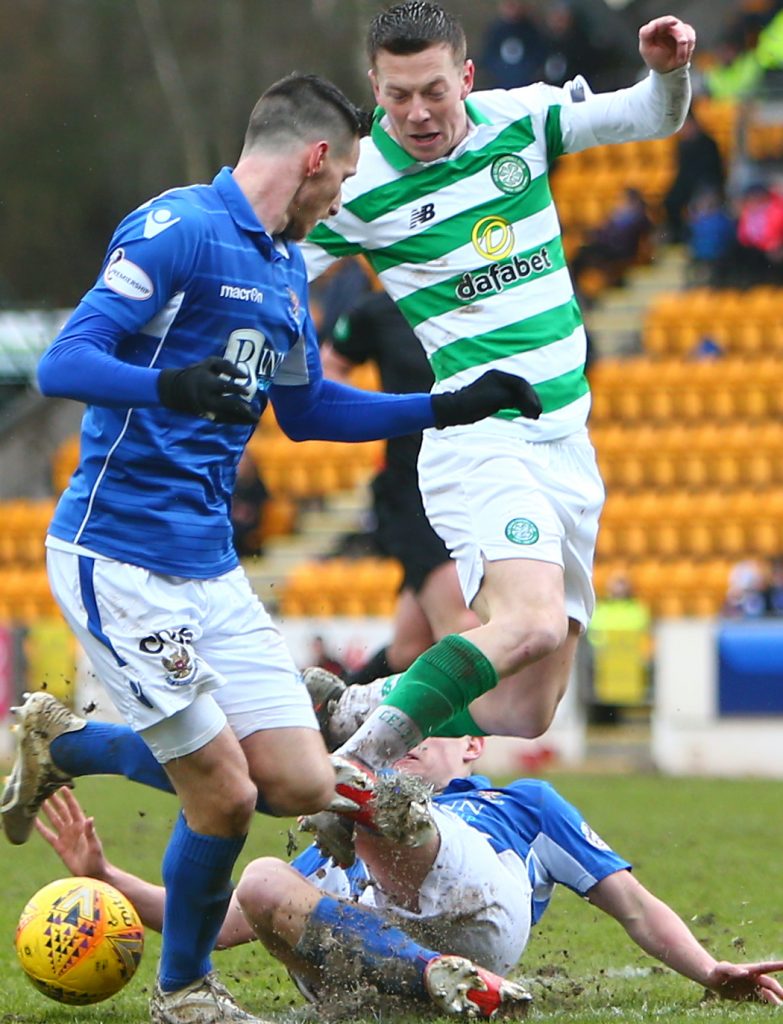 BLOCKED…Ryan Christie is denied by Scott Tanser in a goalmouth scramble. 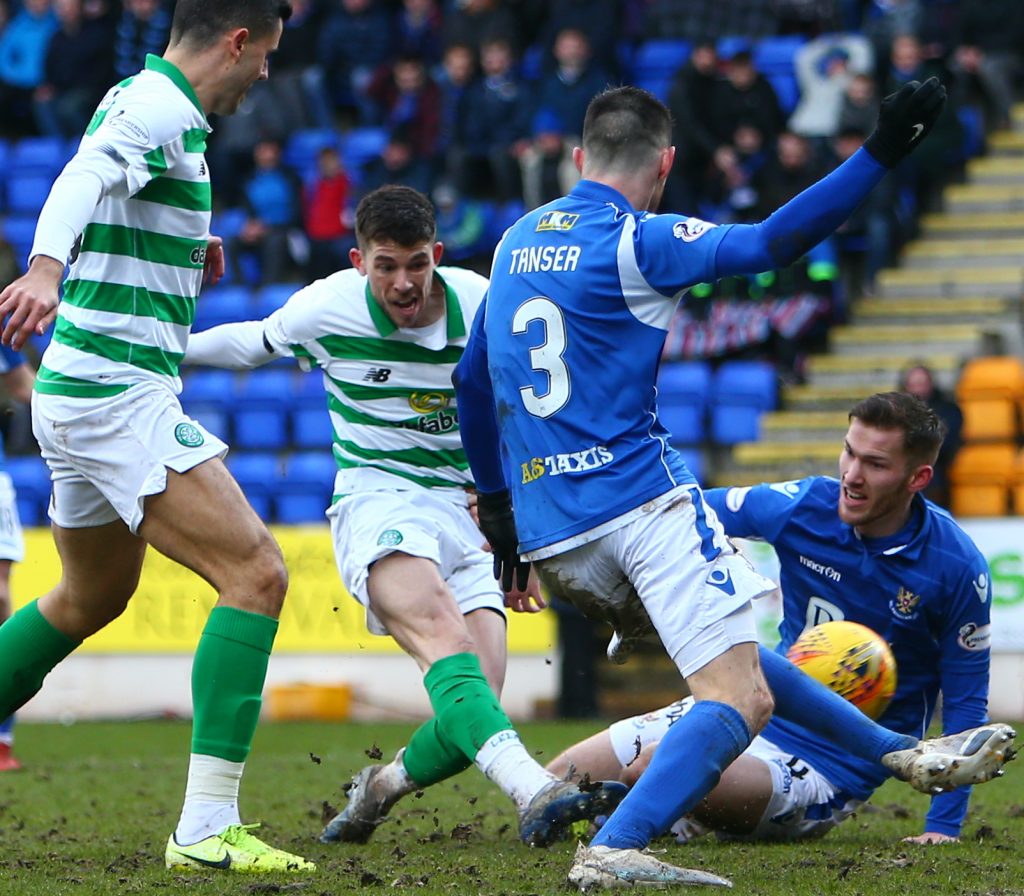 SO CLOSE…Ryan Christie powers a shot beyond Jamie McCart and Scott Tanser, but there was no way past keeper Zander Clark.

QUELLE SURPRISE…Christopher Jullien looks on open-mouthed as he is foiled by the diving Zander Clark. 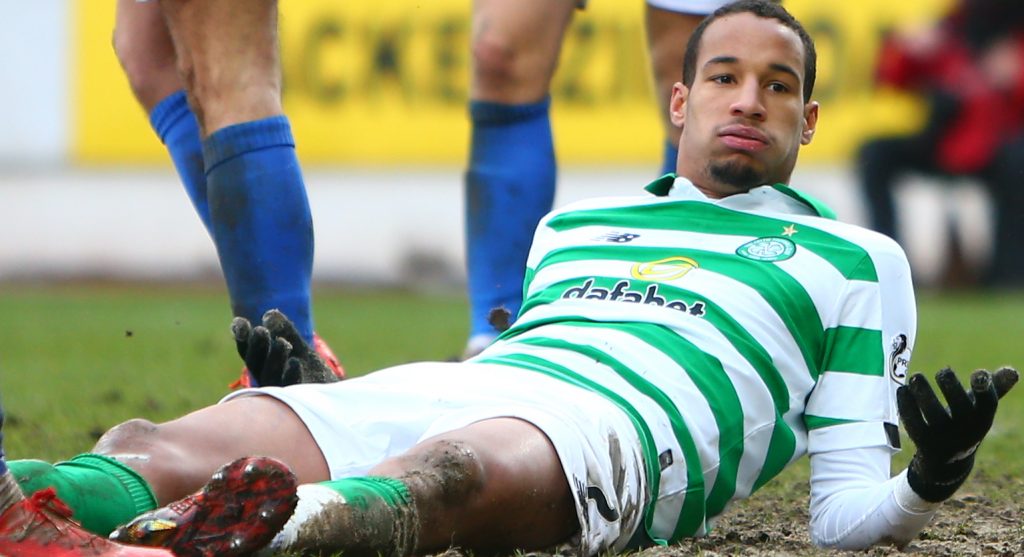 LOST IN TRANSLATION…a euro for Christopher Jullien’s thoughts as he sits this one out. 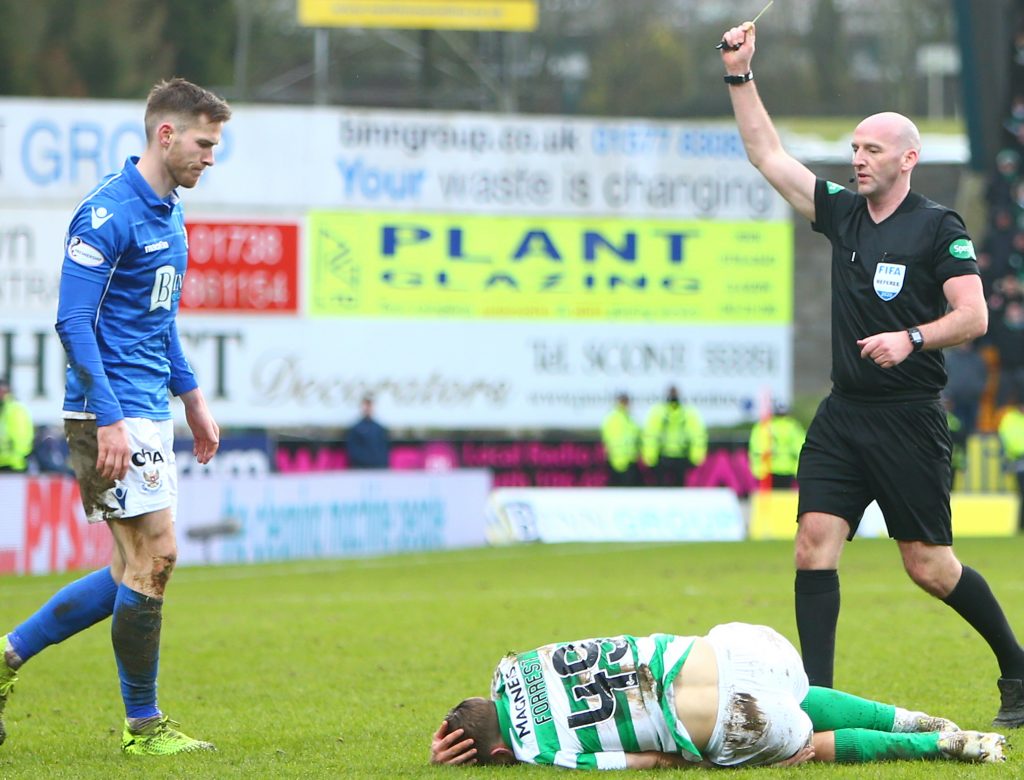 HEADING FOR TROUBLE…James Forrest lies in a heap after a crude challenge from Jamie McCart brought a yellow card from referee Bobby Madden. The fateful free-kick is awarded. 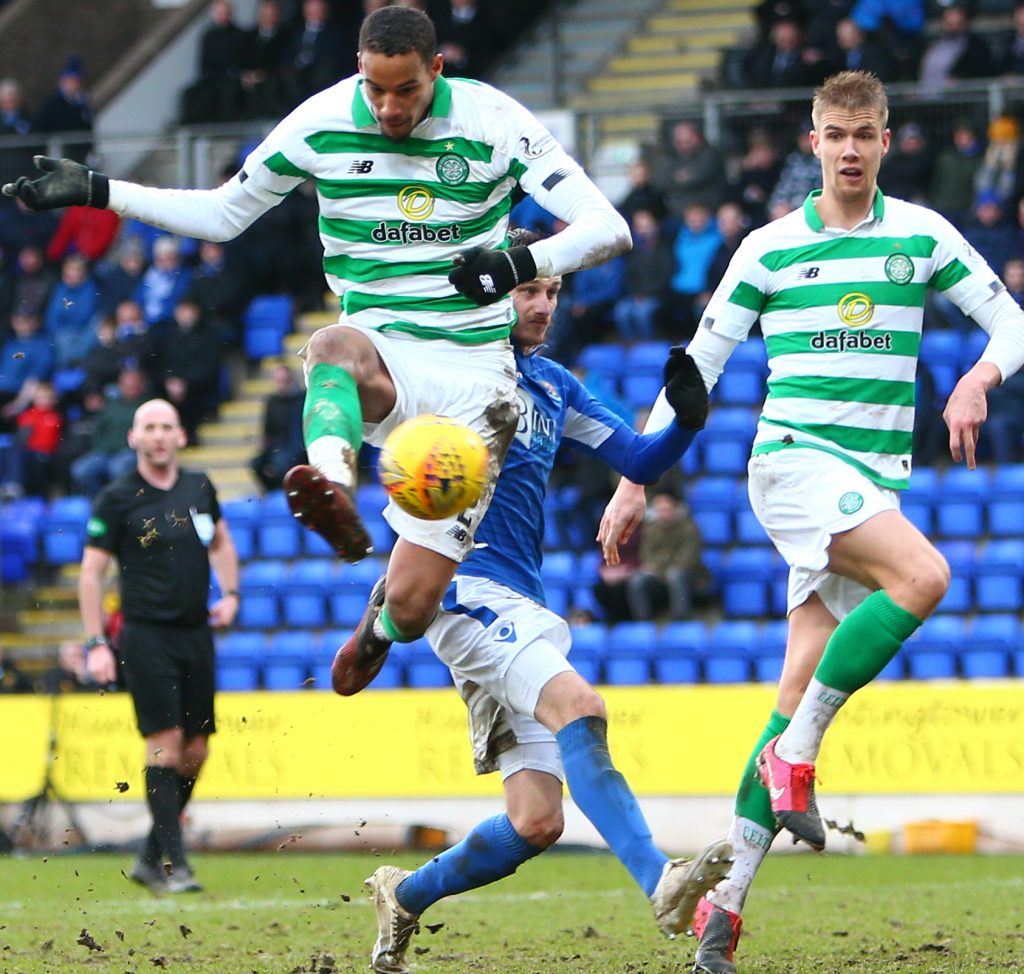 ON ITS WAY…Christopher Jullien, watched by Kristoffer Ajer, just fails to get a toe on Ryan Christie’s swirling deadball cross. 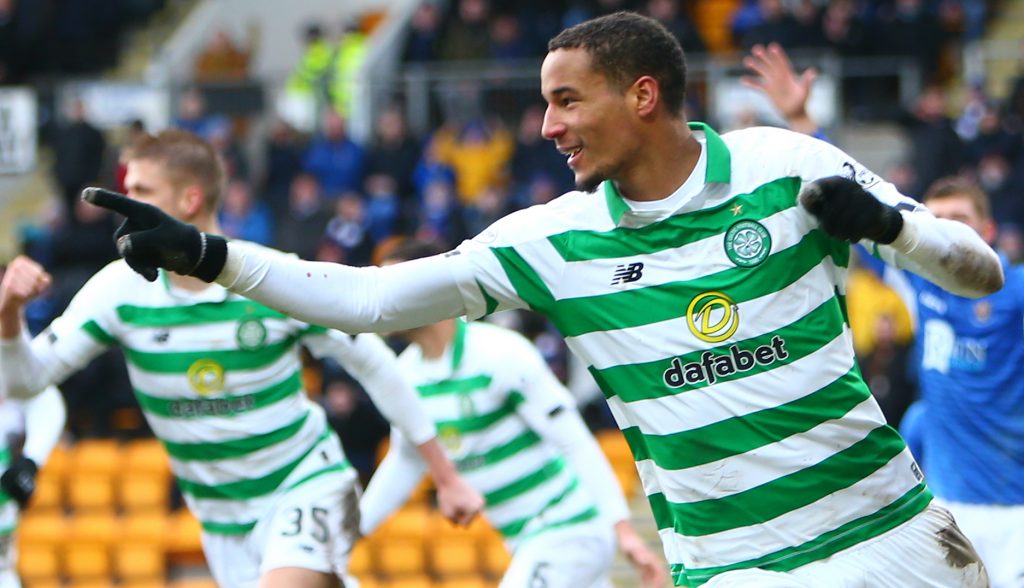 IT’S YOUR GOAL…Christopher Jullien sportingly gives the credit to his team-mate. 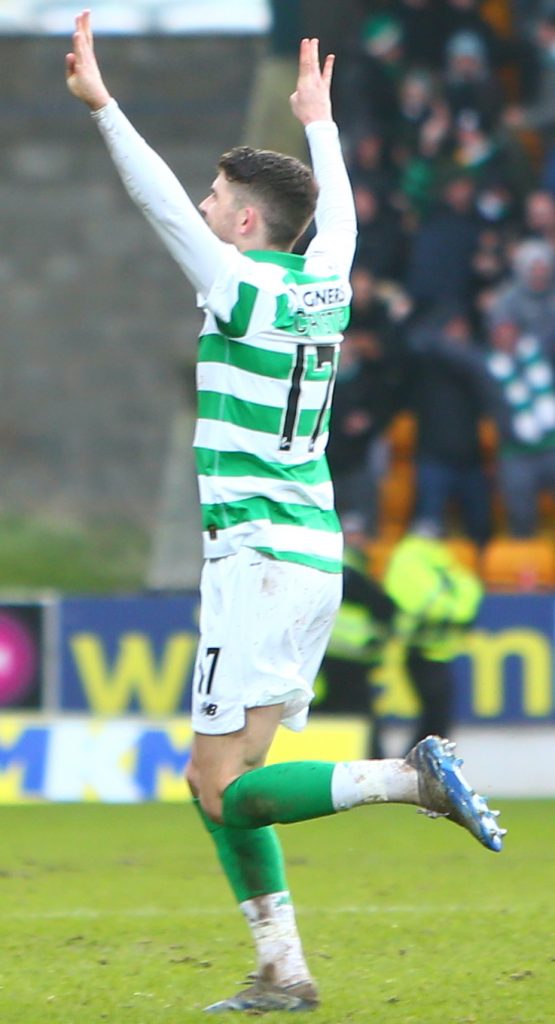 RISE AND SHINE…Christopher Jullien gets up above Stevie May to head clear. 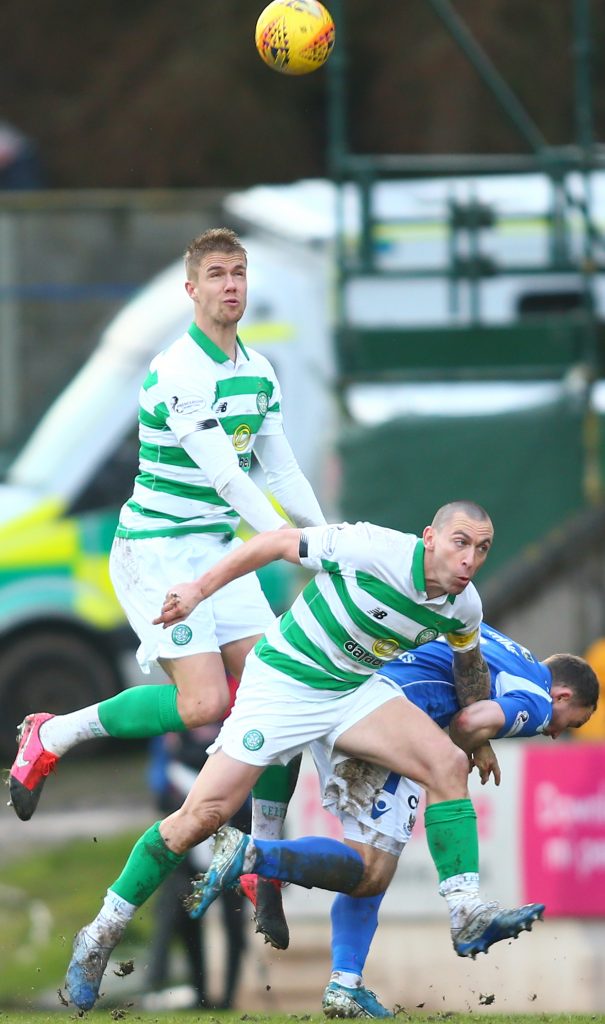 AIR WE GO…Kristoffer Ajer climbs above Scott Brown to win an aerial duel. 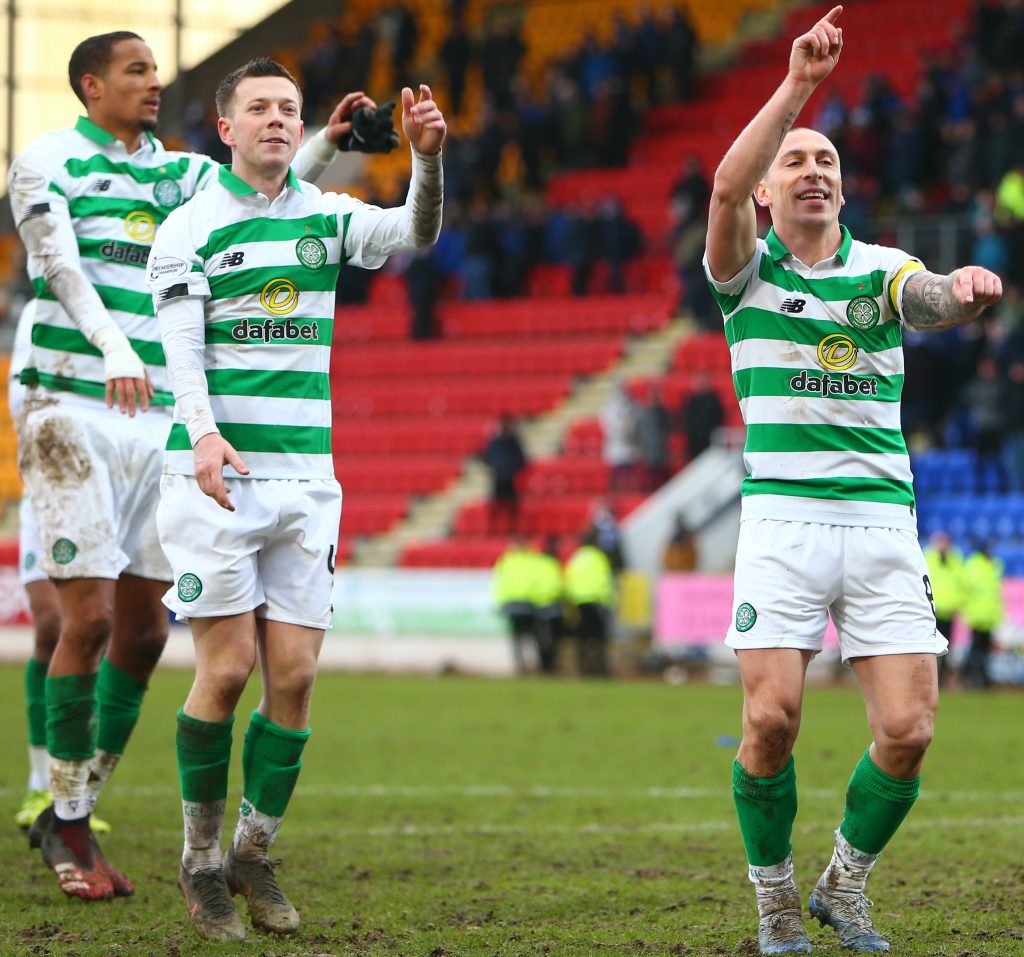