Celtic Quick News on News Now
You are at:Home»In Pictures»IN PICTURES: THREE AND EASY
By CQN Magazine on 5th August 2018 In Pictures

CELTIC kicked off their bid for an eighth successive Premiership title with a 3-1 win over Livingston at Parkhead yesterday.

CQN’s photographer was there to capture the goals as Brendan Rodgers’ men celebrated on Flag Day. 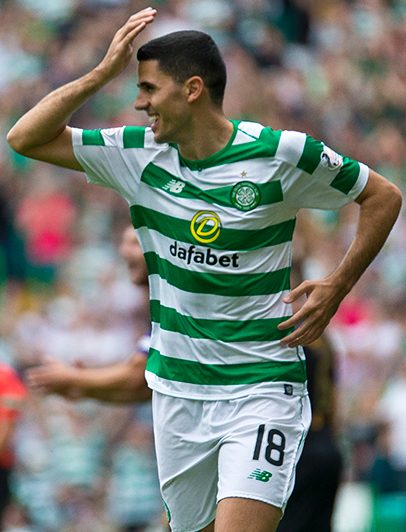 GOAL No.1: HEAD BHOY…Tom Rogic turns away after nodding in the breakthrough goal – his first for the club with his napper! 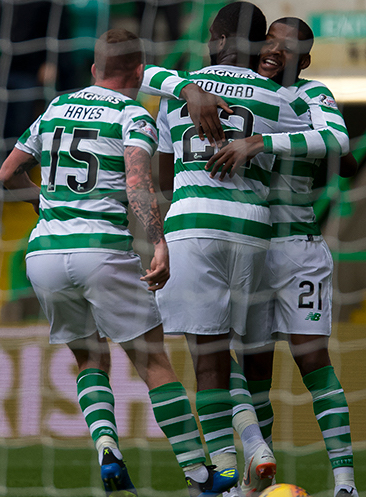 GOAL No.2: FRENCH FANCY…Odsonne Edouard is congratulated by compatriot Olivier Ntcham after slotting in to double the Hoops’ advantage. Jonny Hayes is about to join in. 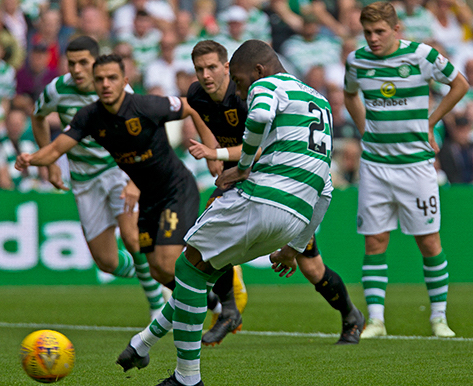 GOAL No.3: SPOT ON…Ntcham thumps in an excellent penalty-kick while team-mates Rogic and James Forrest look on.