Celtic Quick News on News Now
You are at:Home»Latest News»‘INFURIATING? OF COURSE, IT IS’: CALMAC’S TAKE ON NEYMAR’S ANTICS
By CQN Magazine on 23rd July 2020 Latest News

CALLUM McGREGOR agrees with Neil Lennon that Brazilian superstar Neymar can be “infuriating”.

The Celtic boss claimed the £200million ace was a “wind-up merchant” after the 4-0 loss to Paris Saint-Germain in the French capital on Tuesday night, as CQN reported.

Neymar was at his most irritating as he attempted to embarrass the Hoops and the referee was happy to look the other way after he had a couple of sly kicks at his opponents, notably Nir Bitton in the first-half.

Unfortunately, the Israeli midfielder deflected in a shot from the South American attacker in the 15th minute to gift him his eighth goal in seven games against the Parkhead men. This came after his superb through pass allowed Klylian Mbappe to open the scoring in 55 seconds.

Obviously, it is no laughing matter being on the receiving end of Neymar’s annoying antics and McGregor, speaking to the Daily Record, said: “Is it infuriating? Of course, it is. You’re professional and you like the respect part of the game.

“You don’t like people taking the mickey out of you. But you have to respect the talent and try to get the ball back off him.

“His job is to score and you’re always going to get things like that in football. He’s a world-class talent and it’s very hard to get close to him.

“He manipulates the ball so well, but if you have a kick at him he doesn’t like it. But it’s not personal. It’s my job to win the ball back and sometimes you mistime a tackle, but if you stand off then top players will hurt you.

“You have to respect the quality, but not respect him to the point of standing off him and letting him do his thing. 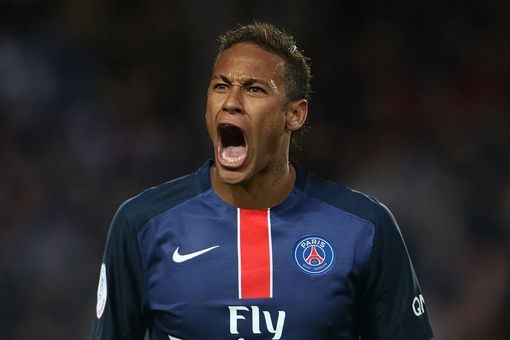 “We had a couple of nibbles at him, but he seemed to take it and come back for more. That’s why he is a top, top player. He was even laughing at one point.

“He’s just a top talent, whether you love him or hate him. There are a lot of tussles in the game and that’s just part and parcel of football.”

As Lennon’s side prepare for another crack at the Champions League group qualification after failing in the last two seasons, they are set to be seeded in the three first one-off rounds.

McGregor warns the path is more treacherous than ever with games over one leg until the play-offs.

He added: “There is no margin for error so we have to be fully prepared.

“Pre-season is all about getting the minutes in your legs and to play against top players like PSG have when you are constantly moving and constantly thinking is the best preparation possible.

“It’s the best test you can get and we will be ready when the qualifiers come about.

“It’s a one-game shoot-out and we must be ready. You just have to accept the schedule.

“That’s the way it is this year. It would be easy to make excuses, but if you want to be in the Champions League you have to be ready and you have to get there.

“The players understand what the task is and we will have to be ready.”