REO HATATE got some insider’s information when he met Celtic legend Shunsuke Nakamura during his summer break in Japan.

The Hoops legend, who celebrated his 44th birthday yesterday, offered some advice to his countryman who joined the Hoops on Hogmanay along with Daizen Maeda and Yosuke Ideguchi.

Nakamura made over 100 appearances for the team in his four years after being bought by Gordon Strachan from Italian club Reggina in the summer of 2005.

TEA FOR TWO…Shunusuke Nakamura and Reo Hatate meet up in Japan.

His impeccable free-kicks became a feature of his play and he made certain of the club’s forty-first championship success when he swirled one in against Kilmarnock at Rugby Park in April 2007.

Hatate, 24, knows he has a lot to live up to after his initial impact at Parkhead where he was voted Man of the Match in his debut in the 2-0 win over Hibs in January and cemented his place in the affection of the team’s followers with his double in the 3-0 victory over Giovanni van Bronckhorst’s outfit at the start of February.

Those strikes – and one from Liel Abada – put the team on top of the league for the first time in 18 months and they remained in pole position until they were awarded their tenth title in 11 years in May. 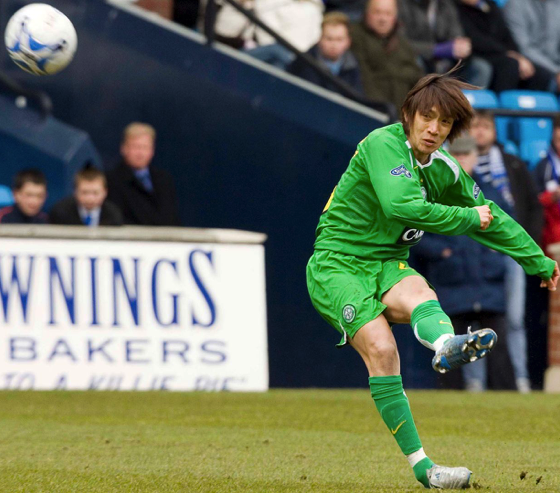 BY THE LEFT…Shunsuke Nakamura fires in a trademark free-kick. 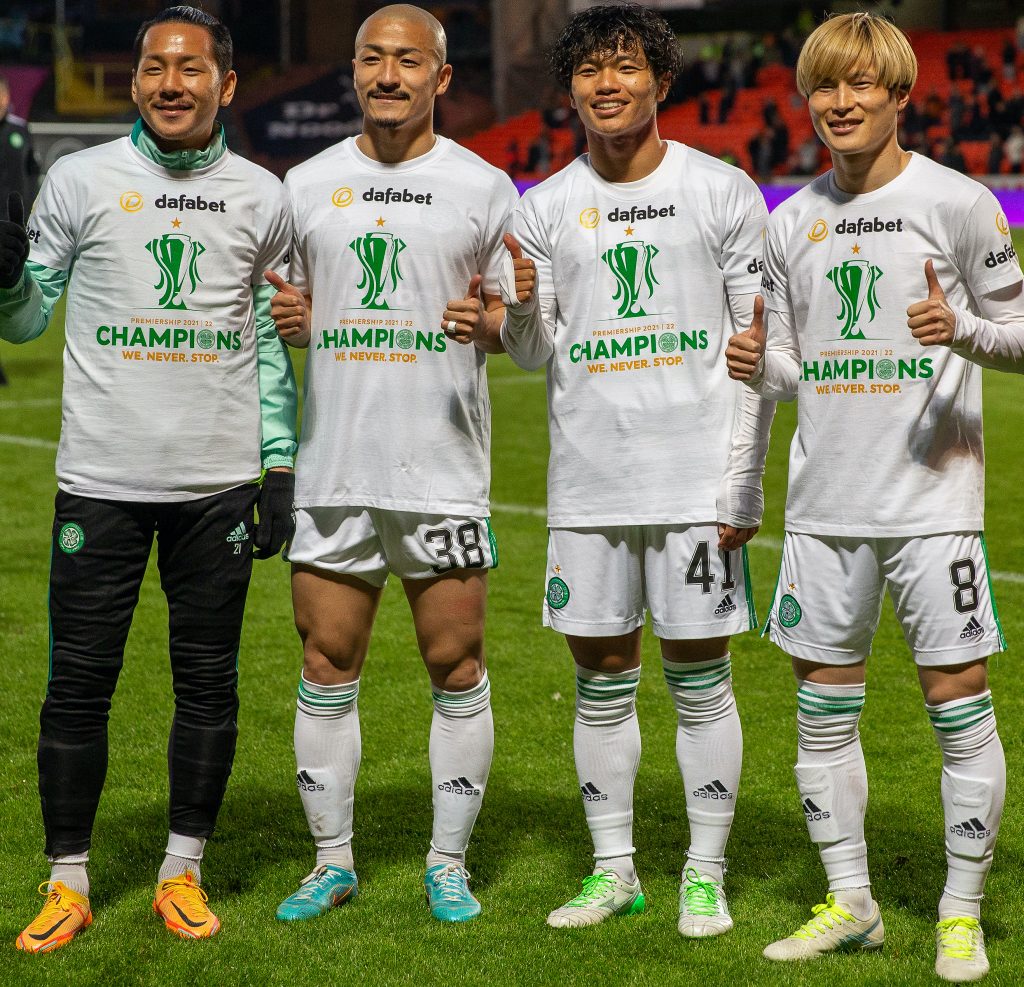 The international midfielder shared a snap of the two together as they chatted over a meal as he enjoyed a breather after playing almost one and a half years without a break.

Alongside the post, Hatate said: “I met Shunsuke Nakamura-san during my holidays. Thank you for all the stories you shared with me!”

The energetic middle of the park performer will return to Lennoxtown next month for pre-season training where he will catch up with countrymen 20-goal Kyogo Furuhashi, Maeda and Ideguchi as they prepared for the challenges at home and abroad.