LEIGH GRIFFITHS came so close to becoming Scotland’s saviour against Israel this evening – but was thwarted by a superb diving save by keeper Ofir Marciano.

The Celtic hitman, who came on as a substitute in the 61st minute as the Scots toiled a goal adrift, lashed in a stoppage-time free-kick that raged through the defensive wall on its way towards the  net.

However, Griffiths could only stand in astonishment as his powerful 25-yard drive was beaten away by the sprawling shotstopper – and the Scots’ last chance of salvaging a draw in their last UEFA Nations League encounter was gone.

And Steve Clarke saw his country blow the chance to win their group after two consecutive losses with the Israelis following up Slovakia’s 1-0 victory at the weekend. 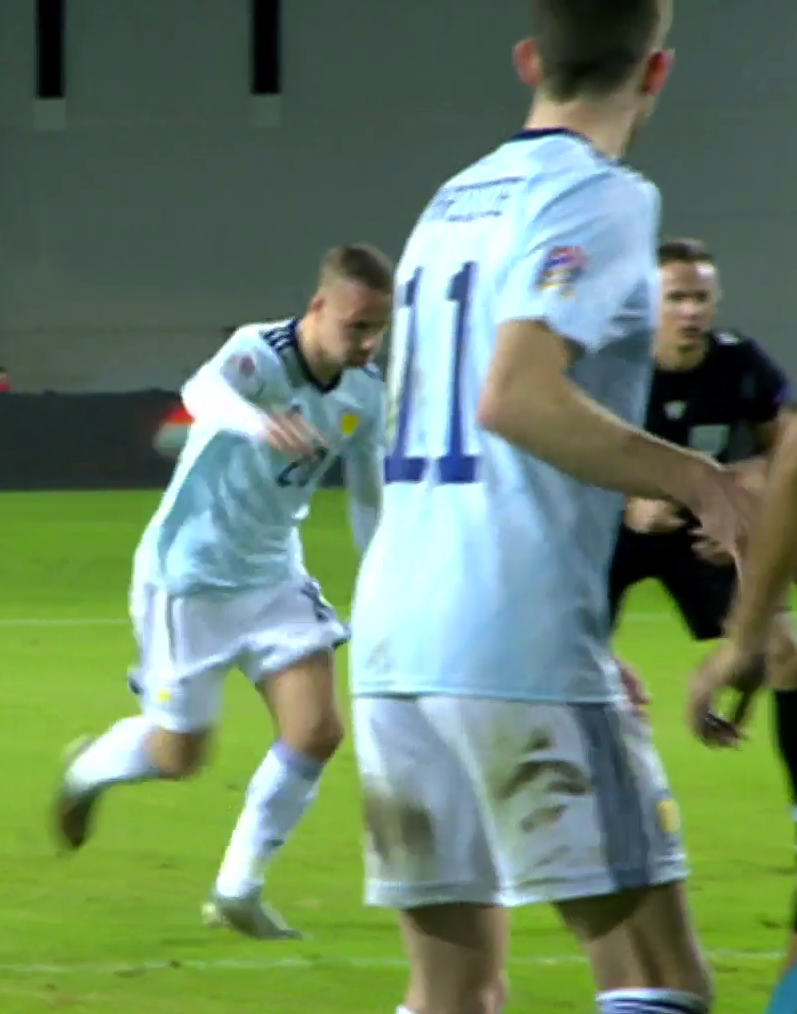 READY FOR LIFT-OFF…Leigh Griffiths prepares to take his last-gasp free-kick. 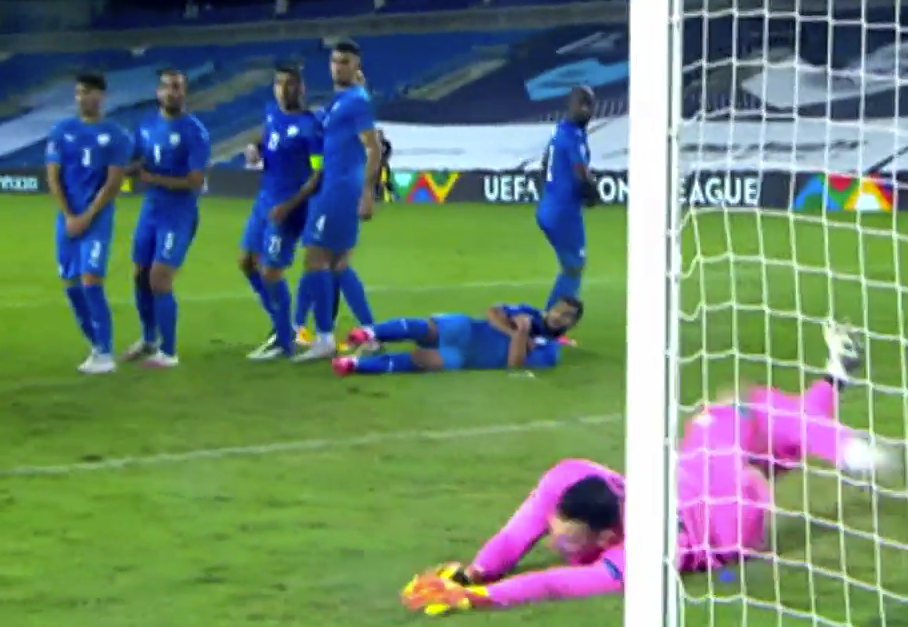 S-T-R-E-T-C-H…Ofir Marciano dives full length to his left to push the ball away. 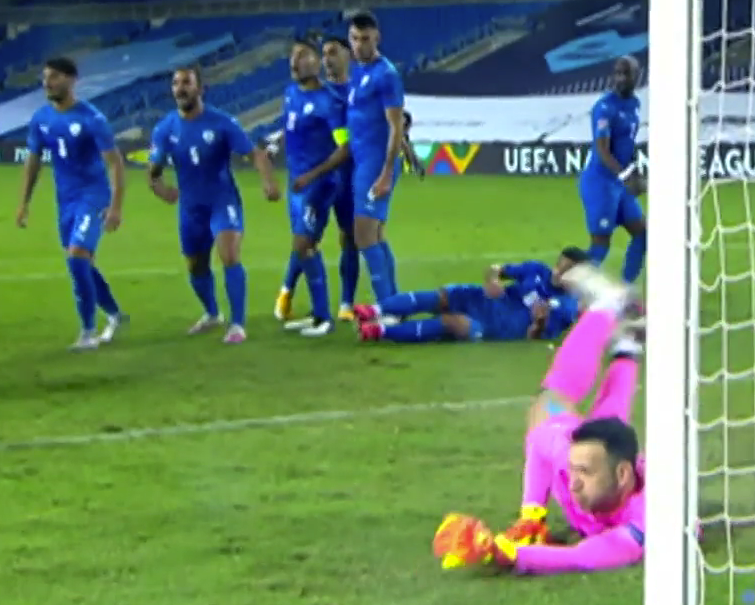 THE LAST POST…Marciano watches as the ball rebounds to safety to deny the Celtic striker.

Griffiths, though, will be hoping for a quickfire chance of revenge when the champions take on Marciano and his Hibs team-mates at Easter Road on Saturday afternoon.

Callum McGregor and Ryan Christie will also be looking to dish out some capital punishment for the netminder who made some crucial stops in a game where Scotland toiled to repeat the form that earned a vital draw against Serbia in Belgrade and subsequent penalty-kick shoot-out success to clinch a place in the Euro Championships next summer.

On this occasion, though, disaster struck the Scots one minute from the interval when Manor Solomon scored the game’s only goal after a devastating shuffle of his feet that left Scott McTominay in his slipstream as the forward darted into the box.

He dragged the ball to his left foot and gave keeper David Marshall no chance with a lightning low drive wide of his despairing lunge and in at the far post.

With the Czech Republic leading Slovakia 1-0 in the other group game at the same time, suddenly it was game on for Clarke’s men. In the end, even a draw would not have been enough with the Czechs winning 2-0.

Just 10 minutes before the Israeli strike, the Scots had been denied the breakthrough goal when Marciano produced a wonder save to deny his former Easter Road team-mate John McGinn.

Stephen O’Donnell slid a pass back to McTominay on the right and he angled a tempting cross first-time towards the Aston Villa midfielder who diverted the ball towards the target with his head from 12 yards.

It looked a goal all the way until Marciano took off on an athletic swoop across his line to get a left hand to the ball and push it to safety. 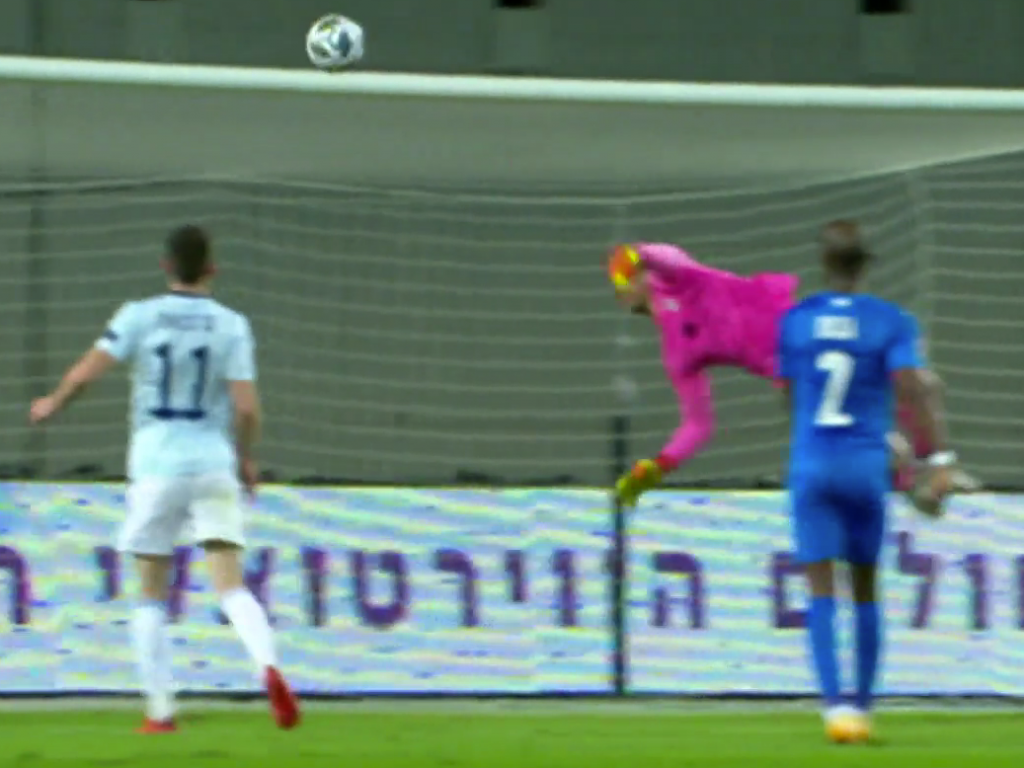 In the 20th minute, the Israelis lived dangerously again when McTominay was the provider from the right, but Lyndon Dykes was just too slow to react at the far post and the chance was gone.

Seven minutes later, the Scots produced a good move on the left with Kieran Tierney releasing McGinn who knocked a good ball across for Ryan Jack to nudge in front of O’Donnell 25 yards out.

Unfortunately, the Motherwell defender screwed his attempt woefully wide of Marciano’s right-hand post with the ball almost coming closer to the corner flag than the goal.

Then came the hammer blow one minute before the turnaround as the home side built a nice move that swept over from the right to left and Soloman did the rest with fast feet and a thunderous finish. 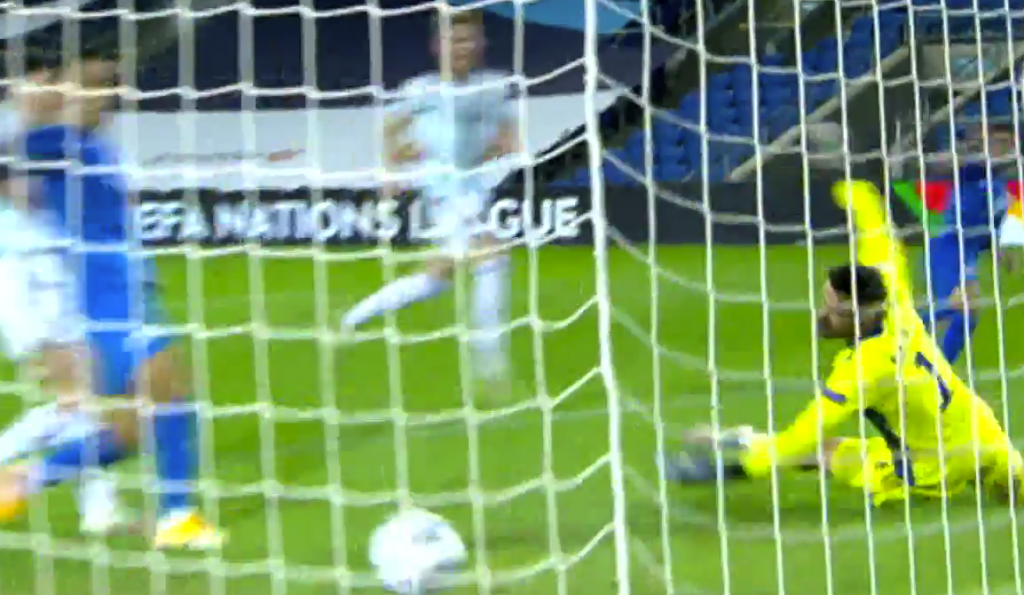 NO CHANCE…David Marshall is left helpless as Manor Solomon finishes off a fine solo run.

The Scots lived dangerously in the second-half as they piled forward and Marshall produced a fine stop from Eran Zahavi, but Marciano also reacted quickly to a left-wing cross from Tierney to push the ball over the bar and he also showed razor-sharp reflexes to hold onto a header from Oli McBurnie at his left-hand post.

In the 89th minute, the ball dropped to Griffiths on his left foot in the box and he would have been everyone’s choice to be in that position at that stage, but, unfortunately, the striker didn’t make a good connection and his mishit effort was grabbed by a grateful Marciano.

The story of Scotland’s international life has been told in three games in seven days. High and lows and back to the drawing board for Clarke who knows his main requirement is a goalscorer.

He could do worse than start Hoops ace Griffiths in Scotland’s next game.