Celtic Quick News on News Now
You are at:Home»Latest News»‘IT COULD HAVE BEEN TEN!’ PETROV
By CQN Magazine on 22nd October 2015 Latest News
CELTIC legend Stilian Petrov reckons his old club were so atrocious in the 3-1 flop against Molde they could have lost by TEN goals.
The Bulgarian slammed the Hoops and claimed their display was “unacceptable” after their nosedive in Norway that leaves their Europa League hopes hanging by a thread.
They now have two points from a possible nine and have yet to win in their three games. 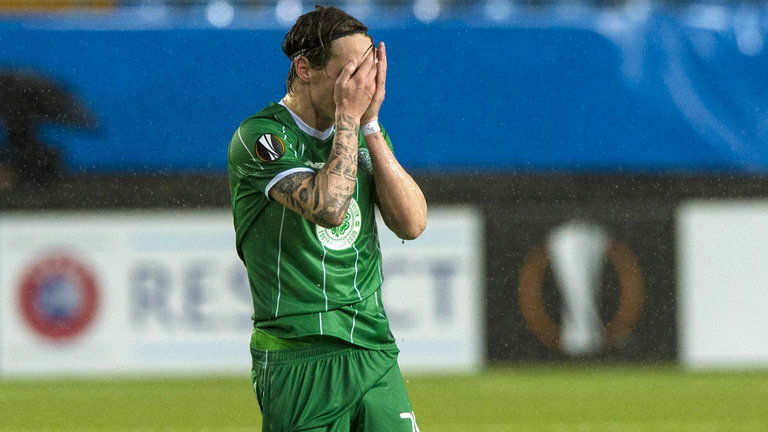 An upset Petrov said: “Celtic lost to a very average team and I mean no disrespect to Molde by saying that. However, there’s no getting away from it – they are average.
“But they were better organised, they had a plan and they stuck with it.
“Every goal they scored came from a Celtic mistake. It could have been about ten by the end of the game.
“Everything was wrong with Celtic, tactically and positioning. There was bad passing, bad defending and bad positioning. It was a shambles.
“And Craig Gordon can’t allow himself to be beaten at the near post for the first goal.
“The second goal, too, showed Celtic caught on the back foot. Emilio Izaguirre doesn’t do anything. He doesn’t see danger and he doesn’t mark anybody.
“He turned his back when the player shot. You can make a bad decision, but you must stay strong.
“When Celtic got it back to 2-1 and then lost another inside 60 seconds, well that is just unacceptable at this level.
“Molde, without creating anything, scored their three goals. It could be painful and cost Celtic the opportunity of qualifying for the next round.”
Click Here for Comments >
Share. Twitter Facebook Google+ Pinterest LinkedIn Tumblr Email
Previous ArticleMolde v Celtic, Live updates
Next Article MOLDE 3 CELTIC 1