Celtic Quick News on News Now
You are at:Home»Latest News»‘IT FEELS AS THOUGH HE HAS NEVER BEEN AWAY’ – FORREST HAILS LENNY
By CQN Magazine on 18th March 2019 Latest News

JAMES FORREST has hailed Neil Lennon following his quickfire impact on Celtic since his return only 20 days ago.

The former manager answered the Hoops’ SOS following Brendan Rodgers’ swift departure to mid-table Leicester City at such a crucial stage of the campaign with the unprecedented treble treble within touching distance.

Twenty-fours hours after his appointment in an interim capacity, Lennon led the champions to a stoppage-time win over Hearts at Tynecastle to maintain the pursuit of the club’s eighth successive championship.

Three days later, he guided the holders through the Easter Road minefield to reach the Scottish Cup semi-final and a meeting next month with Aberdeen following a 2-0 victory over his former outfit Hibs.

There was a goalless hiccup against the Dons at Parkhead followed by another late, late show against Dundee at Dens Park yesterday when £10million Frenchman Odsonne Edouard again taking the starring role.

Lennon sprinted down the touchline after the winning strike in the sixth minute of added-on time that propelled the title kings to a massive TEN points lead over Steven Gerrard’s side who visit the east end of Glasgow on March 31. 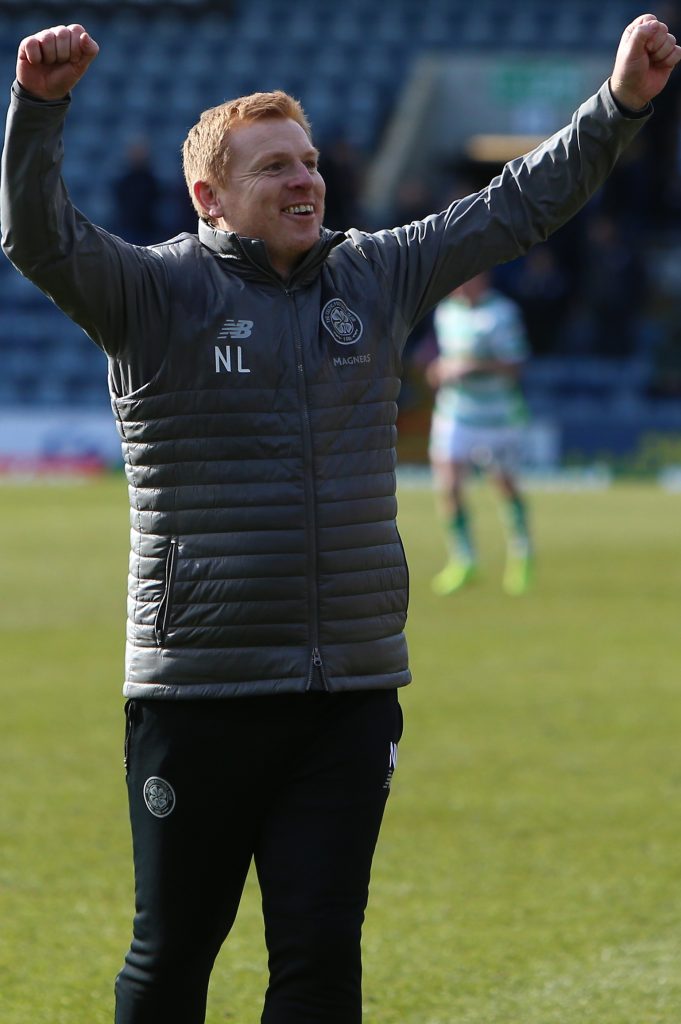 Forrest acclaimed the presence of the club’s ex-boss and, speaking to the Daily Record, said: “It just feels right him being at Celtic.

“He’s been in a couple of weeks now and it feels as though he’s never been away. It was massive that he came in. We had a big game against Hearts and then a tough game away to Hibs in the Cup.

“He’s been there before and it was good to do that quickly to get everyone in the changing room settled. We’ve won three out of four since and it has been tough games, as well.

“He’s been a massive character at Celtic and done loads for the fans, so I think the club acted really quickly and it’s worked out well.

“He’s done really well and all the boys have bought into it straight away. You saw in the last minute there that everyone is buzzing and there’s a real togetherness in the squad and that’s definitely not changed.

“That’s a big boost. We want to push on now and make sure that stays and last-minute winners certainly help to bring everyone together.

“You saw everyone on the bench coming on the pitch and the fans, it was unbelievable getting a last-minute winner.

“The manager said at half-time he would take that as long as we kept going and kept pushing and we’re delighted with the three points.”