PADDY ROBERTS admitted he “feels he has never been away” as he enjoyed his return to Celtic.

The winger made his second debut for the Hoops last night in the 4-1 win over Hamilton Accies where he kicked off his second loan spell in great style.

Roberts said: “I know the boys in and out and to jump straight in was good for me.

“To get some minutes was good and I was pleased to play.

“I know what the fans are like and the manager isn’t afraid to put someone in and he did that to give me some minutes. It felt like I had never been away. 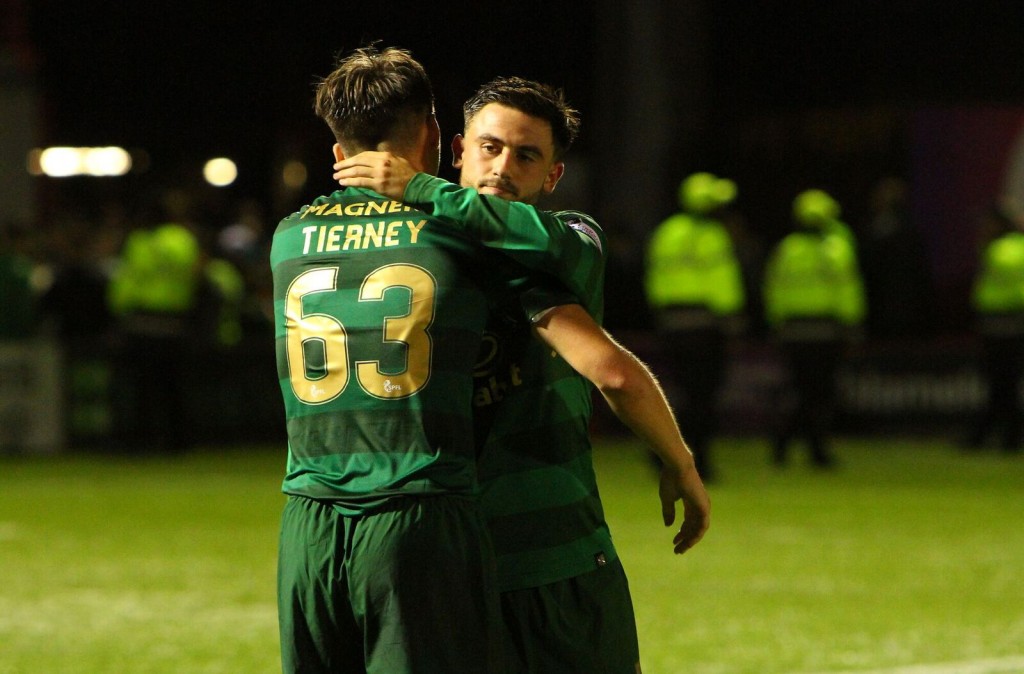 “Jamesy (Forrest) was more wide to go down the line and I was inside to create chances and score goals.

“We played attacking football and it was how we played for most of last season. It was a good result.”

The 20-year-old touchline ace also praised another of the team’s loanees, teenage French striker Odsonne Edouard, who scored the fourth goal to mark his first appearance for the champions following his season-long loan from Paris Saint-Germain.

Roberts added: “His English obviously needs a bit of work, but I’m sure that will come.

“It was great to see how he performed and the ability he has is up there. He is only a young lad so he is still learning.

“However, for him to get a goal was important for him and the team.”