CALLUM McGREGOR admitted the hurt that comes with failure at European level after Celtic tamely exited the Europa Conference League on a landslide 5-1 aggregate, losing home and away to Bodo/Glimt.

The Hoops skipper started last night’s second leg in Norway on the substitutes’ bench, but was pressed into action in the second-half along with Liel Abada with the team already losing 1-0.

The skipper and the Israel international winger came on for distinctly off-form double-act of Tom Rogic and Matt O’Riley as the home side took control of the game right from the kick-off.

McGregor brought a bit of authority to the midfield and displayed his usual leadership qualities, but he couldn’t prevent the Norwegians from racing away and netting a second with the rearguard undone again with a quick thrust on the left while Nir Bitton switched off to allow Hugo Vetlesen time and space to drive a composed effort beyond the exposed Joe Hart.

BODO AND OUT…Hugo Vetlesen knocks the ball past Joe Hart for the second goal.

But the Scotland star is convinced the Parkhead men will show a positive reaction to going out of their third European competition in this campaign when they take on Hibs in the midday Premiership encounter at Easter Road on Sunday.

“When you get the opportunity to perform at this level and you don’t take it, then it hurts, so we have to react in the right way and in a positive manner.

“We’re looking forward to Sunday and that’s all we can do now – learn from it and we have to show a reaction next time out.

“When you have a disappointing result in football, then there’s a spotlight on you to react and react in a positive way.” 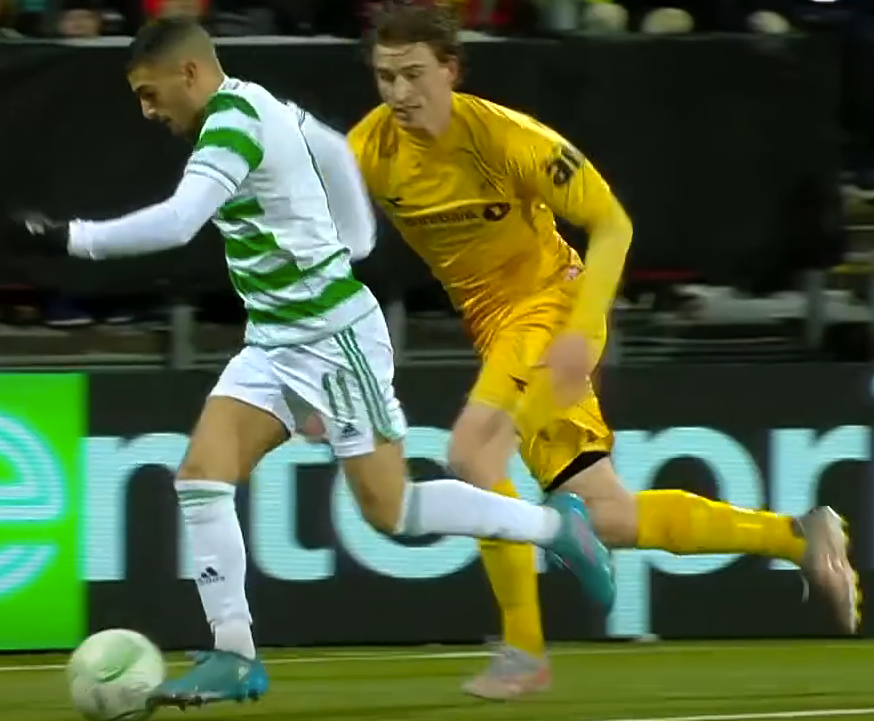 ON THE RUN…second-half substitute Liel Abada tries to inject some pace into the Celtic attack.

McGregor, speaking to the Celtic website, added: “It was difficult conditions on a difficult pitch against a good side.

“You are 3-1 down from the first leg, so it’s never going to be an easy task. We didn’t start the game well at all to be honest and we gave the impetus.

“It was difficult to recover from that point. We had a bit of a go in the second-half and we had the chance with Daizen Maeda to get back in it.

“But over the two legs, we have to accept that we didn’t play anywhere near the level we are capable of, or have been so far this season.

”So, we’ll take our medicine, accept that we weren’t good enough over the two legs and we’ll look at that, we’ll look at ourselves as well, but we have to dust ourselves down and it’s a huge, huge game on Sunday.”