CELTIC No.2 John Kennedy insists Patryk Klimala will show the Hoops fans why the club shelled out £3.5million for him last month.

The 21-year-old Polish striker made his first start for the club in the 3-0 Scottish Cup win over Clyde yesterday after three cameo performances.

Neil Lennon gave the youngster the nod after taking the opportunity to rest Odsonne Edouard and Leigh Griffiths for the encounter against the League One part-timers at storm-lashed Broadwood.

Klimala made a great run to latch onto a superb through pass from James Forrest in the first-half, but squandered the opportunity with a shot that battered off outrushing keeper David Mitchell.

The miss appeared typical of a fairly low-key performance from the new Bhoy, but ass siant manager Kennedy has no doubt the frontman has the quality to make a massive contribution to the team’s cause in the crucial second half of the season.

Boss Lennon’s right-hand man, speaking to the Evening Times, said: “He is obviously still settling in, but it was an opportunity to get him out playing. He’s a good size and has good speed, it just takes time. 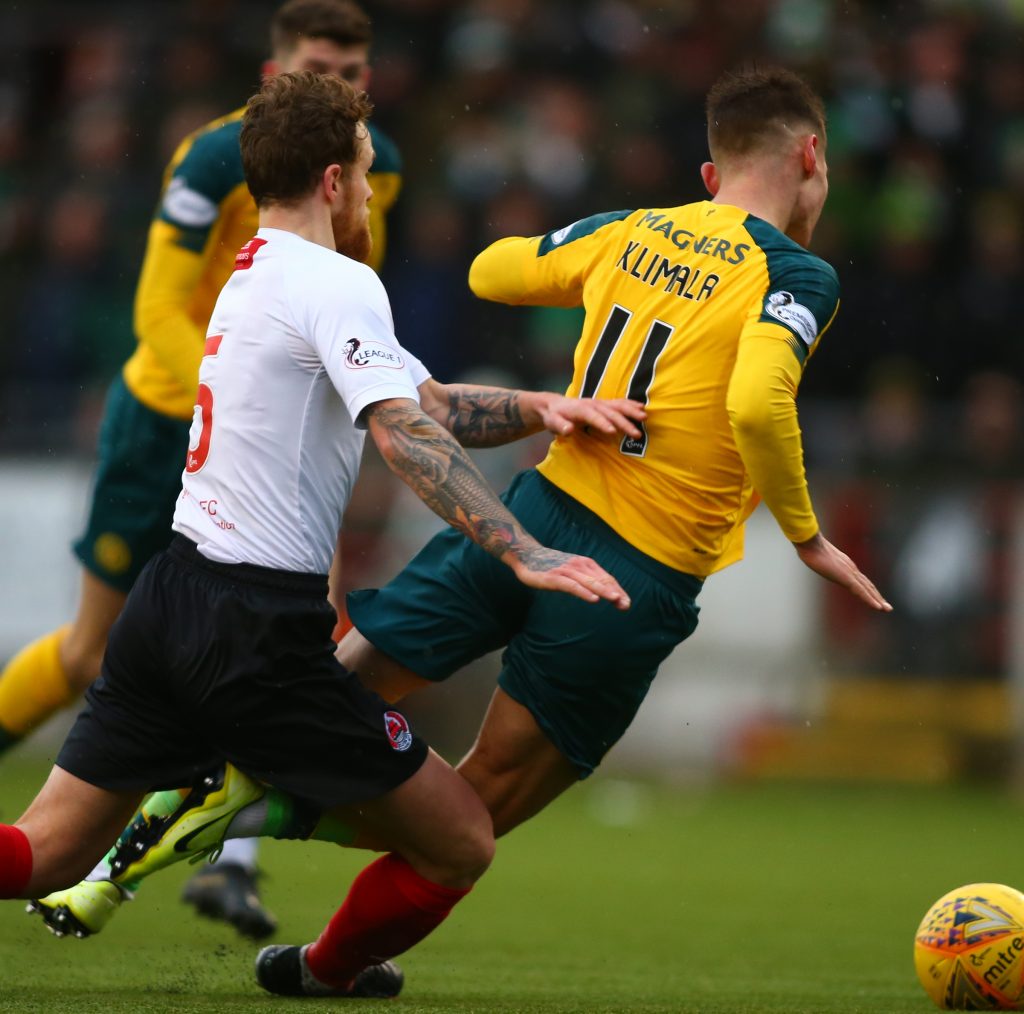 “He did fine. He had a good chance and probably on another day he would score, but he just needs to settle in and not put too much pressure on himself.

“Odsonne Edouard and Leigh Griffiths have been terrific of late while Klimala and Bayo have been fighting it out for the third and fourth position.

“We just need to give him time. The intensity of training and the way we work is something he’ll need to get used to, but as time progresses, he’ll get up to speed.

“It’s a step up in level from Poland and there are the demands, the physicality and speed, which takes some adjustment.

“He’s someone we’ll work really hard with, but he’s certainly got the profile to become a good player for us.”

Kennedy praised the holders who remained focused throughout to rack up their 33rd domestic cup victory with goals from Oliver Ntcham, Scott Brown and substitute Vakoun Issouf Bayo. They now have the opportunity to extend that remarkable run in the quarter-final against St Johnstone at McDiarmid Park at the end of the month.

The highly-rated deputy gaffer added: “It’s terrific, in terms of professionalism and how they treat these ties, because they are dangerous and anything can happen.

“You can have players sent off, things going against you or just a bad day. But they keep churning out the results. The quality and the mentality of this squad is so strong.

“There is a real will-to-win every single game in every competition. Long may that continue.

“It was difficult conditions and you ever take any game lightly, so it was good to get through the game comfortably.

“A lot of players got the minutes they needed and it gave us the chance to rest a few. It was a professional performance.

“It wasn’t easy. The ball was swirling around, but the boys were professional. We respected Clyde and still had a strong enough team to win the game convincingly.”