Celtic Quick News on News Now
You are at:Home»Latest News»‘ITALIAN JOB IS HELPING ME AT HOOPS,’ OLI
By CQN Magazine on 24th January 2018 Latest News

OLIVIER NTCHAM hopes his Italian experience will help him as he aims to play a major role in Celtic’s surge towards a historic double treble.

The French midfielder, bought for £4.5million rom Manchester City in the summer, had a two-season loan spell at Genoa before being lured to the east end of Glasgow.

And the Under-21 international certainly looked the part in a superb display in the 2-1 win over Partick Thistle at Firhill last night.

That performance followed on from another five-star show in the 5-0 Scottish Cup romp over Brechin City on Saturday.

Ntcham, swiftly becoming a fans’ favourite at the Hoops, said: “In Italy, the game has a strong tactical focus and that is something which has stuck with me. 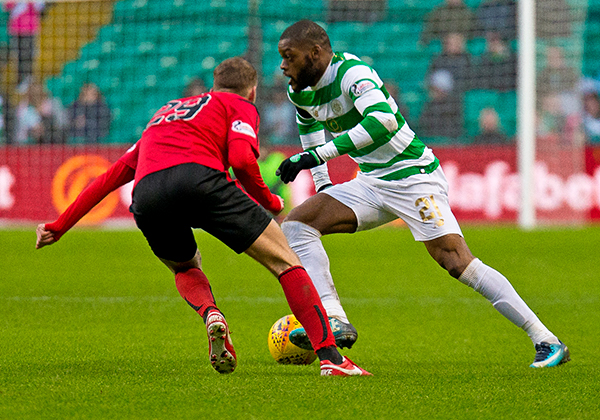 “I feel the experience allows me to see what is happening on the pitch quicker and with a greater understanding.

“This way of thinking is second nature for me now and is something I value a lot because I believe it will help me become a better player.

“If I see my team-mate or an opponent move, I know where to be and this way of processing a game is inbuilt in me because of my time in Italy.

“This understanding is not something I always had. I had to learn this and playing in Italy definitely taught me this side of the game.”

The style of Scottish football differs hugely from that in Serie A, but powerhouse Ntcham has dealt with the transition well and is enjoying his football education under Brendan Rodgers. 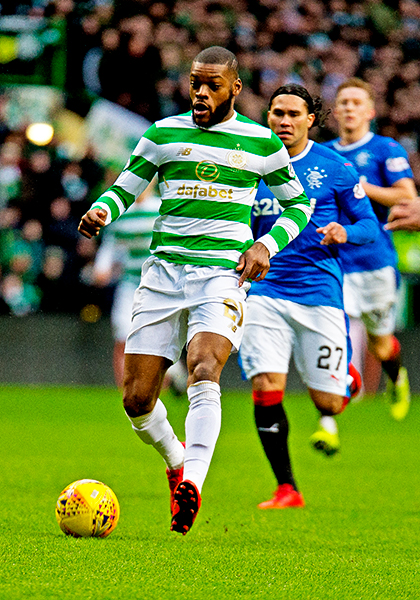 He added: “When you’re in Italy, you work and focus on the tactical aspects of football.

“What I have noticed in Scottish football is that the team spirit is very important, more so than anywhere else I have played.

“There is a lot of hunger and determination in every game, so you need to be highly-motivated going into games.

“You have to challenge and fight for every ball because it is about more than just tactics and skill here. You have to be strong to retain possession when playing in the Premiership.

“That’s not just Scottish football, though. Even in England, it is like that, so it is a style of football which is very important to learn.”

* Ntcham was talking to the Celtic View, on sale now.