But the 20-year-old Norwegian is looking a lot closer to home for inspiration than the Dutchman who quit the Hoops for Southampton in a £13million switch to Southampton in August 2015 before his massive move to Liverpool.

Ajer paid homage to the Anfield star and, speaking to The Scotsman, said: “Van Dijk is the best defender in the world. I am so far away from that.

“I am just focused on developing every day and Celtic is the perfect club for me to do that. Of course, he is a fantastic player.  But we have some fantastic  defenders at our club that I can look up to.

“There are really top professionals here, like Jozo Simunovic, who was fantastic on Sunday. 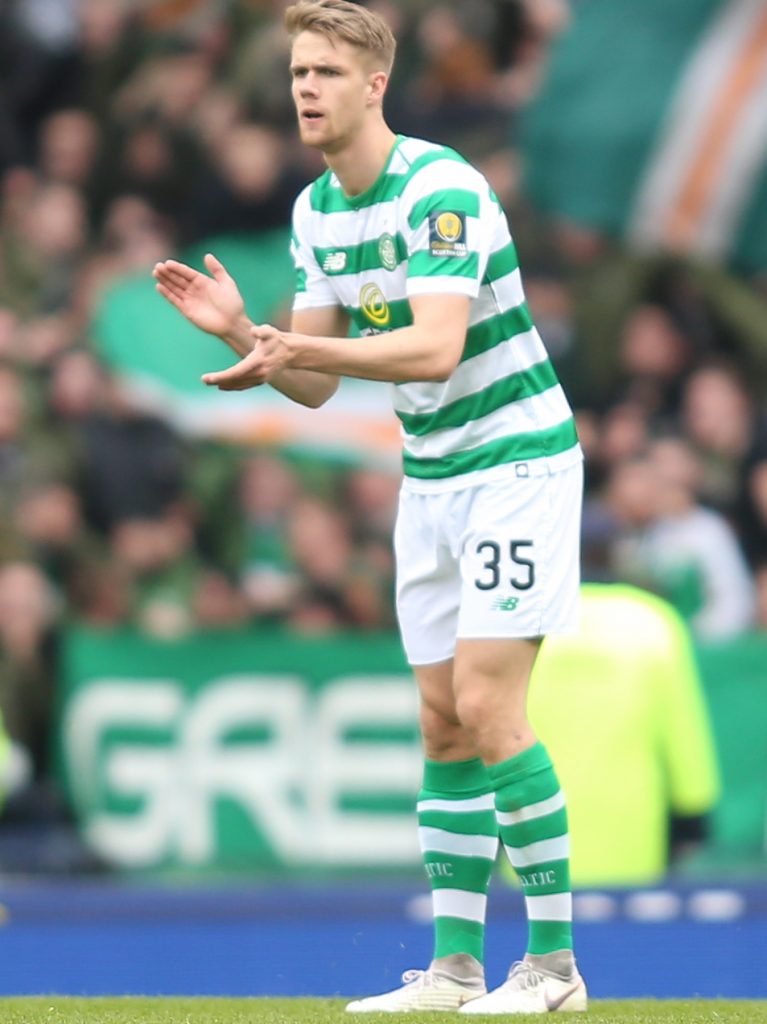 HAND IT TO HIM…Kristoffer Ajer put in a top performance in the win over Aberdeen on Sunday.

“The way they look after everybody and treat training every single day, it’s just great to be part of this group.

“I just signed a long-term deal with the club and that tells you all you need to know. I love it here at Celtic, playing for such a massive club.”

Ajer is looking forward to the countdown to the campaign with the eighth successive title within touching distance and the unprecedented treble treble on the line when they face Hearts in the Scottish Cup Final on May 25.

The skyscraper centre-back added: “This is the situation you want to be in – playing big games at the end of the season.

“We know we have to win a few more games in the league and we now have the Cup Final to look forward to. It’s an exciting time.

“It’s a dream come true for me to play for such a massive club like Celtic and playing in front of such unbelievable fans.

“It’s a real privilege and I am just concentrating on working even harder.”

Ajer has settled into the central role in the back four after originally arriving from IK Start as a midfielder.

With Dedryck Boyata on the way out in the summer as he runs down his contract, the international youngster is odds-on to become a permanent figure in defence.