LYNDON DYKES was the last player to score a Premiership goal against Celtic – but there was no way the Livingston striker was going to add to that tally against the champions on Saturday.

Since the rampaging Aussie lobbed an effort over the stranded Fraser Forster in the shock 2-0 loss at the start of last month, the Hoops have gone five league games without conceding a goal.

Ross County, Aberdeen, St Mirren, Motherwell and now Livi have all been locked out while Kristoffer Ajer and Christopher Jullien have got their act together in the heart of the rearguard.

The towering centre-backs have been working on their partnership since the £7million Frenchman arrived from Toulouse in the summer to replace the departing Dedryck Boyata.

The Norwegian international insists the understanding is growing between the defensive pair. 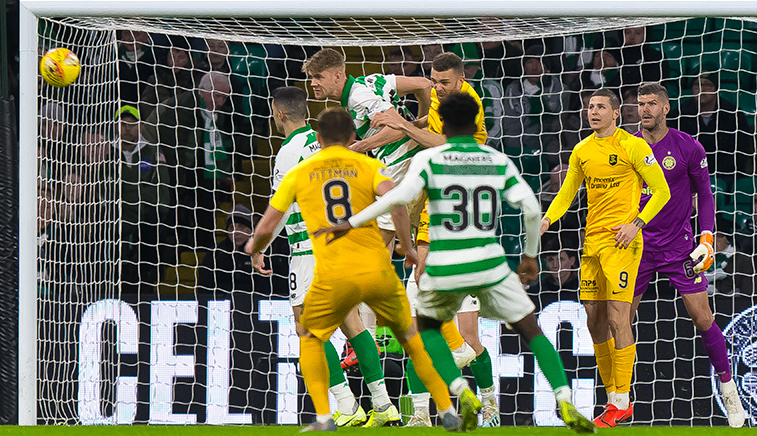 Ajer, speaking to the Daily Record, said: “The partnership with Christopher has been good. In the past couple of months we have barely conceded any goals and that’s what we want to keep doing.

“He is the one who likes to go up for every single challenge and I try to sweep up everything from behind that.

“It’s a really good partnership to have and we are learning more and more about each other.”

The 21-year-old versatile back-four operator added: “We have a big squad and the gaffer has brought in quality players.

“It’s an incredible team to be a part of because you know that you have to perform every single time or you will lose your spot in the side.

”It was good to come back with such a strong performance.

“We know there are a lot of big matches coming up and that we need to perform in all of them.”