Celtic Quick News on News Now
You are at:Home»Latest News»‘IT’S ALL ABOUT WINNING,’ DEILA
By CQN Magazine on 6th March 2016 Latest News
RONNY DEILA praised the united effort from Celtic as they overcame Morton 3-0 to book their place in the Scottish Cup semi-final.
Goals in the first-half from Leigh Griffiths, Gary Mackay-Steven and Callum McGregor made the difference and the Norwegian admitted a period of reflection with his players helped push the Hoops to victory. 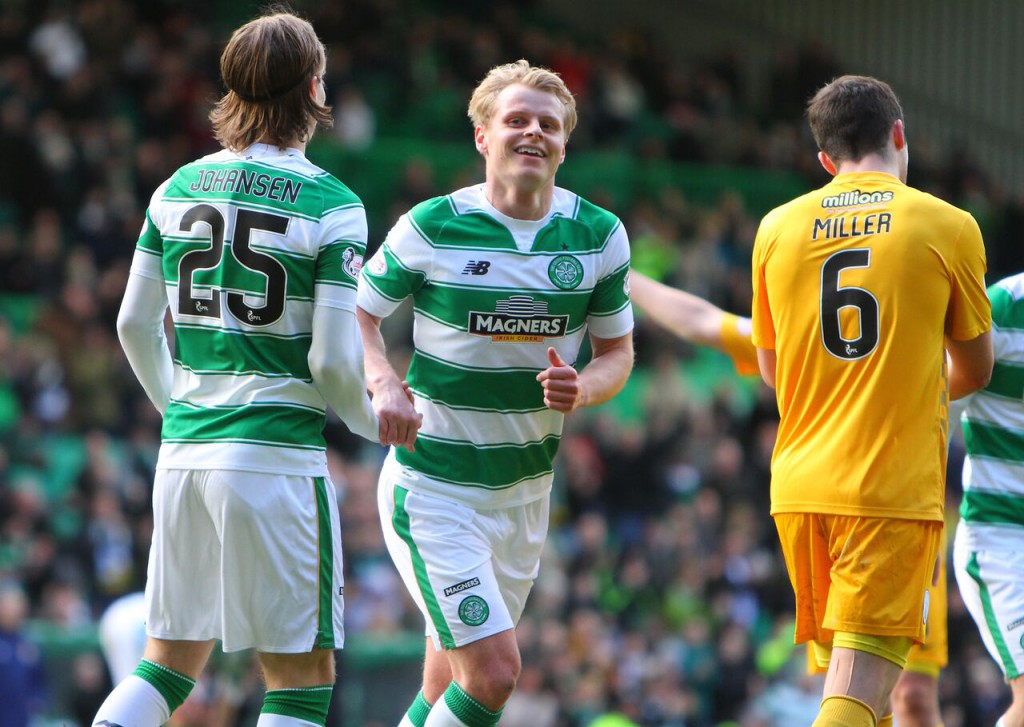 After successive disappointing draws against Hamilton and Dundee, Deila said: “I’m my biggest critic, but I’ve been in this game a long time and when everything is crazy around you, you have to stay calm.

“It’s a game of football. We have everything in our hands. The players here are winners and hate losing or performing badly and they wanted to show themselves from another side today.

“I’m proud of how they did it, it’s something we’ll build on and I’m happy for the players that they played the way they did.

“Now we are in our fourth semi-final in two years and that’s quite a good thing. Hopefully, we can get into the final without any red cards and kick on.

“For me, it’s about winning the trophy, that’s the important thing and we’ll take what comes in front of us.

“We have to beat everybody to win the trophy and we’re eager for that. Now we have two games left and, hopefully, we can win it.”