Celtic Quick News on News Now
You are at:Home»Football Matters»IT’S ALL GOING WRONG FOR ALLAN
By CQN Magazine on 6th October 2016 Football Matters
ON-LOAN Celtic midfielder Scott Allan has been axed by Rotherham boss Alan Stubbs.
The under-pressure Championship boss, with his side anchored at the foot of the table, dumped the Hoops star for the match against Cardiff City which they lost 2-1.
Stubbs was delighted to be reunited with his former Hibs player in the summer with Brendan Rodgers allowing the 24-year-old to move on a season-long loan to get game time.
But the switch hasn’t paid off and Allan, at his ninth club in five years, has been left out in the cold. He didn’t even make the subs’ bench in the 1-0 loss to Newcastle at the weekend. 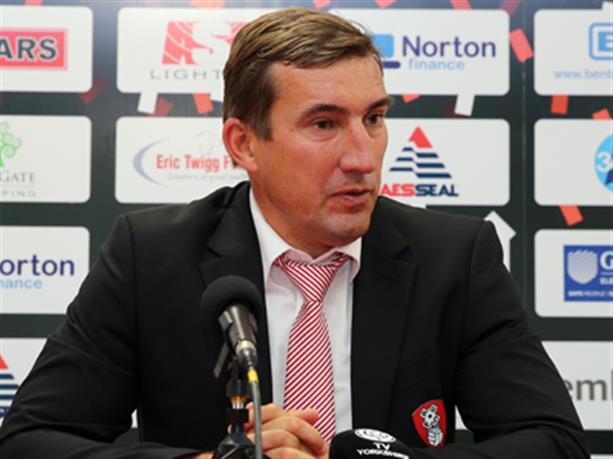 Former Parkhead defender Stubbs admitted: “The one thing I expect is 100 per cent commitment. I want to see that players care. I want to see character.

“If they give me that, then if they have a poor game I can accept that all day long.

“Nobody can play brilliantly every week. I understand that. That’s life.

“An element of Scott not being in the squad against Cardiff was a reaction to what I saw against Blackburn Rovers.

“We just left him out of the squad to reflect on his performances. He’s someone we feel has a lot more to offer than he is showing right now.”
Rotherham lost 4-2 against Rovers at Ewood Park and, as well as going down against Cardiff and Newcastle, they have been beaten by Aston Villa (3-0), Brighton (3-0), Barnsley (4-0) and Huddersfield (2-1).
Their only league success came in a 1-0 win over Brentford in August while they have drawn their other three games against Wolves (2-2), Bristol City (2-2) and Nottingham Forest (2-2).
Stubbs, 44, quit the Easter Road side after leading them to their 3-2 Scottish Cup Final success over Sevco Rangers. He agreed a three-year deal with the Millers.
Allan was signed on a three-year contract by ex-Hoops boss Ronny Deila for £300,000 in August 2015 but subsequently failed to impress the Norwegian either in training or at development games.
With Brendan Rodgers looking to reduce the size of his first team squad it is looking increasingly unlikely that the former Hibs midfielder will be capable of forcing his way back into the new manager’s plans.
And if Stubbs can’t get the best out of him at Rotherham then it looking increasing bleak for the player that many supporters had very high hopes for when Celtic signed him in August 2015.