Celtic Quick News on News Now
You are at:Home»Latest News»‘IT’S ALL GOOD FOR FIRST EVER IBROX TRIP,’ RODGERS
By CQN Magazine on 30th December 2016 Latest News
BOYHOOD Celtic fan Brendan Rodgers is looking forward to his first ever visit to Ibrox tomorrow.
The Hoops boss takes his Premiership pacesetters across Glasgow with a 16-point lead in the table after winning 18 of their 19 league games.
The only blip on the remarkable record came at Inverness where a stoppage-time header gave Caley Thistle a 2-2 draw in September.
Irrespective of the result in Govan, Rodgers believes the champions have already emphasised they are the pre-eminent footballing force in the country.

He said: “We just have to go and perform. It’s not about the 16-point lead. I think we have clearly shown over the course of the season so far that we don’t need to have any propaganda.

“We have a pride and we’re representing our supporters – in derby games, it’s everything for them. We respect and understand that.

“But for us away from home, we’ve been averaging three goals per game in the league. We’ve played some brilliant football throughout the season. We’ve shown we can fight and be in a battle. 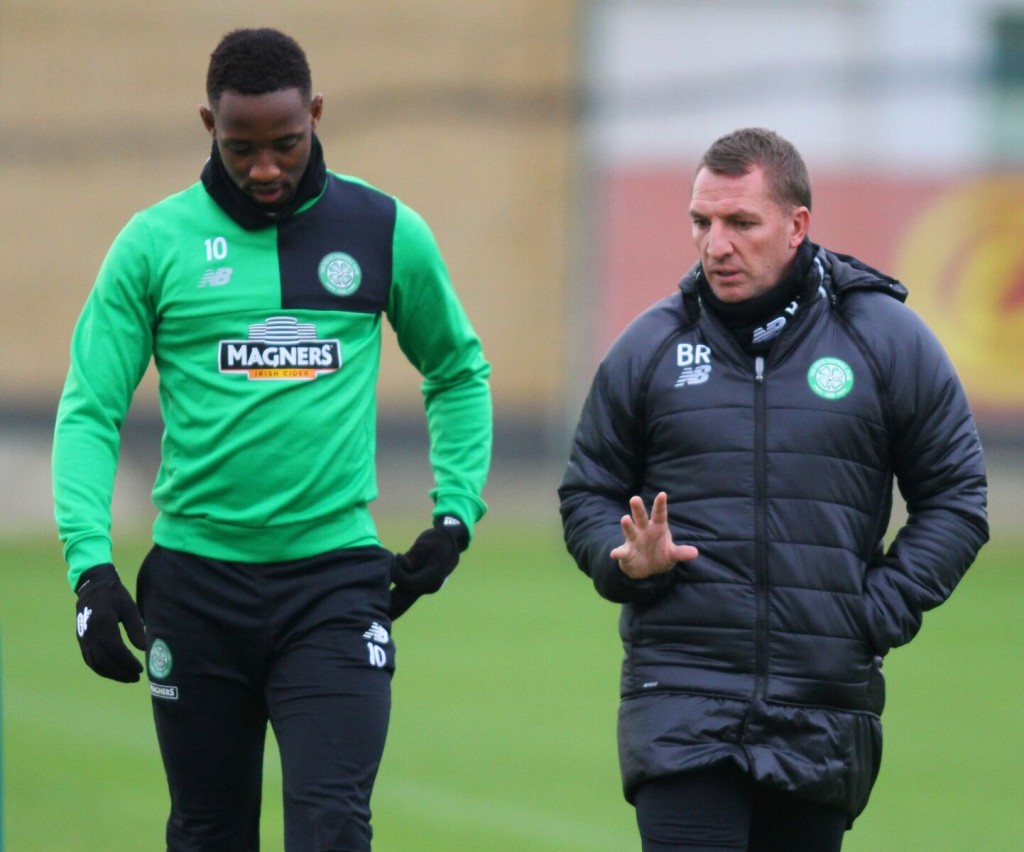 “These games in December were games when we used our squad. We had various types of games, we showed we can be resilient, we have persistence, we have quality. Whatever the game asks for, I think we showed that we can perform.”

Rodgers now has a selection problem to solve up front. Leigh Griffiths has started the last two games against Hamilton Accies and Ross County with Moussa Dembele replacing him as a second-half substitute in both encounters.
The French Under-21 international striker has scored four goals in two matches against Mark Warburton’s outfit – but the Irishman is adamant his selection for Ibrox won’t be influenced by recent history.

He added: “You go with what you think is the best team to play in the game and it doesn’t really change.

“It may be for people looking in, but, as a coach, you are picking not just what is the best starting XI because the modern game is very much not about the XI who start but the XI who finish the game.

“The squad and the teams are picked around that. It is never easy if people are left out of the game. But the approach is exactly the same in how we play.

“We set a team up to win the game. And then we have a plan of thought if the game needs to change within it. Can we anticipate what may happen in the game and then have the changes ready for that?”
Rodgers confirmed he has no fresh injury concerns on top of Tom Rogic’s lay-off as his side seek to establish a 19-point lead before the winter break.

He added: “Everyone apart from Tom is available. James Forrest came through the Ross County game well, so we are up to full quota.

“Leigh had a bit of cramp in his calf, but, apart from that, all good.”
Bertie Auld signed a second batch of that of copies of the authentic Lisbon season book That Season in Paradise – Ten Months of Celtic Heaven. If you would like a signed copy please order at www.cqnbookstore.com